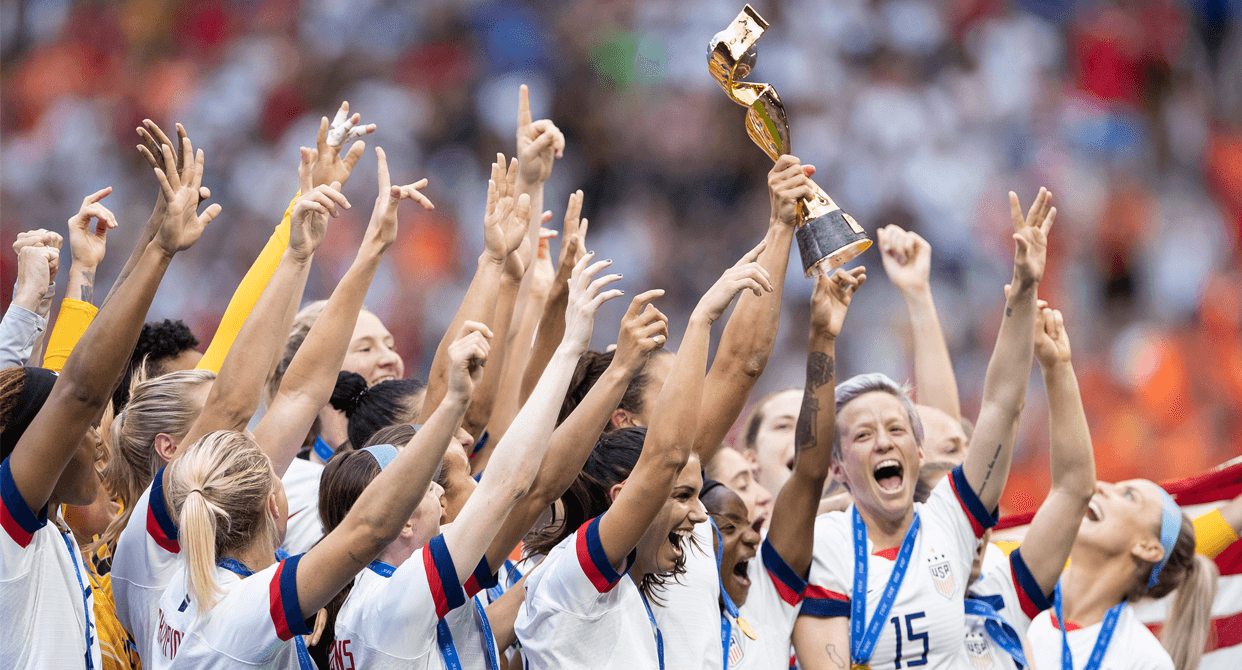 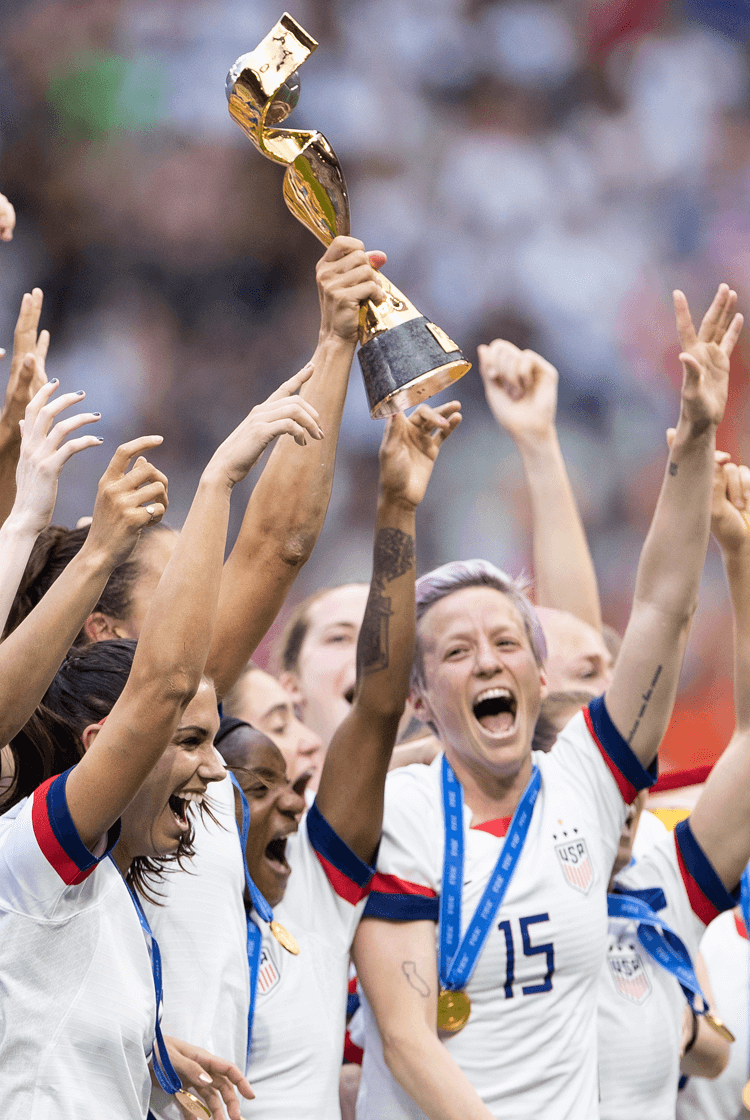 The United States won the Women’s World Cup for a record fourth time as they overcame the Netherlands to win 2-0 in Lyon. A second-half penalty from Megan Rapinoe, awarded with the help of VAR and earning her the Golden Boot with a total of six goals and three assists, and a further finish from the impressive Rose Lavelle eventually proved enough to defeat the European champions. The States’ victory followed those in 1991, 1999 and 2015, and came with Rapinoe also awarded the Golden Boot as the competition’s finest player. 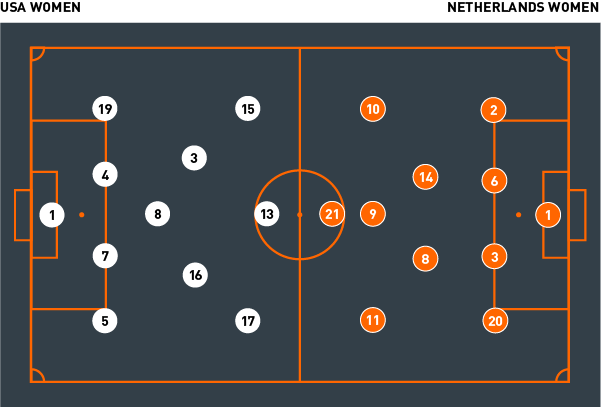 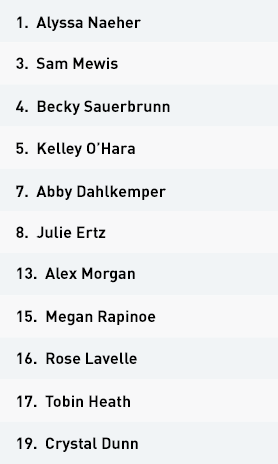 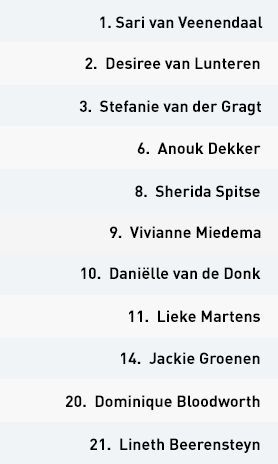 The United States retained the 4-3-3 formation built on an expansive midfield and wide front three of central striker Alex Morgan, Megan Rapinoe and Tobin Heath. Full-backs Crystal Dunn and Kelley O’Hara often came narrow in build-up play to create a box-midfield organisation aimed at disrupting the Dutch wide players; this compact four-strong midfield was also effective in protecting the defence behind them.

The favourites were also comfortable in rotating between a patient build-up against the Netherlands’ compact 4-4-1-1 defensive shape, and direct balls over the top to send wide attackers Rapinoe and Heath one-on-one against their full-backs out wide. Jill Ellis’ team used their far-side wide player on the shoulder of their opposite full-back, encouraging the switch to get in behind.

The midfield featured Julie Ertz in a withdrawn role in front of the back four, while Rose Lavelle and Sam Mewis provided runs into the half-spaces ahead of her. One such run from Lavelle was evident in the build-up to the Americans’ opening goal, when a cross from Heath found Morgan, who was fouled by Stefanie van der Gragt. Rapinoe duly scored from the penalty spot, and the lead was doubled only eight minutes later; Mewis took possession in transition and played in Lavelle, who bore down on the Dutch defence before striking from distance.

Out of possession, the United States adopted a mid-block, compact 4-3-3. This featured flat defensive units in the Netherlands’ half, but became a 4-3-2-1 in the middle third in an attempt to protect central areas with numbers. They also encouraged the ball-side winger to force the Dutch central defenders infield, limiting their build-up play in wide areas.

Head coach Sarina Wiegman set her Netherlands team up in a 4-2-3-1 formation, with lone striker Lineth Beerensteyn starting in front of number 10 Vivianne Miadema. Danielle van de Donk and Lieke Martens operated from wide areas, although the latter’s deployment in a deeper position allowed them to expose the space vacated by the United States’ expansive midfield during transitions. In possession, she acted as the main link between the units, as Beerensteyn’s pace stretched the USA in behind and created space between the lines for Miedema.

Van de Donk and Martens swiftly joined attacking transitions to provide a forward passing option for Miedema, usually in front of their opponents’ defence, and those attacking transitions became the most potent form of attack for the Dutch. It was only their poor decision-making, combined with USA’s excellent recovery shape, that prevented them from creating more chances.

To build against their opponents’ compact 4-3-3 defensive shape, the Dutch switched play from central defence to the far-side full-back, in an attempt to play around the press. Beerensteyn looked to stretch the central defenders, as she did throughout, to allow Miedema to run the ball-side channel and pick up possession in areas where she could cause the American defence problems.

Defensively, they played in a 4-4-1-1 with compact units to limit the USA’s opportunities for build-ups. This worked to a point in a goalless first half, but came unstuck in the second. The first goal they conceded came from the penalty spot, but originated wide on the right, where Tobin Heath had too much time to deliver a cross towards the subsequently fouled Alex Morgan.

The second owed to poor decision-making from Van de Donk in the middle third. One of the Netherlands’ stars of the tournament lost possession, encouraging a quick and direct transition from the USA through central areas. This ultimately ended with Rose Lavelle scoring the defending champions’ second, which as good as ended the game as a contest. The Dutch, the reigning European champions, can still look back on a hugely successful run to the final at only their second World Cup.