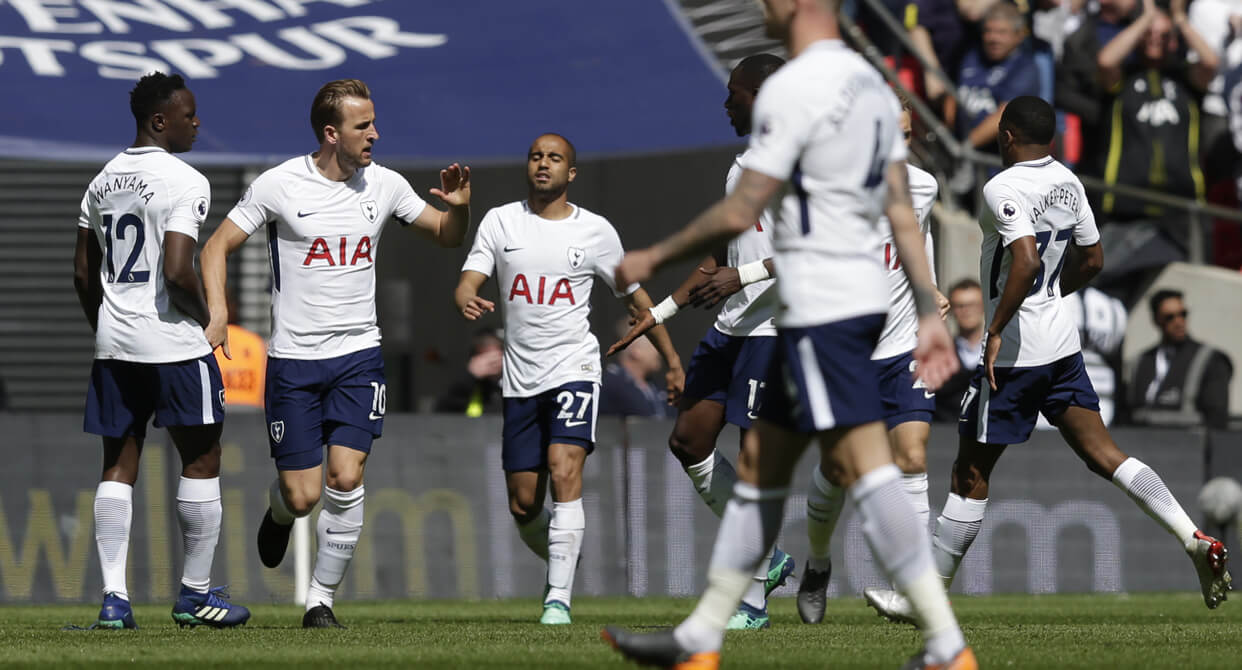 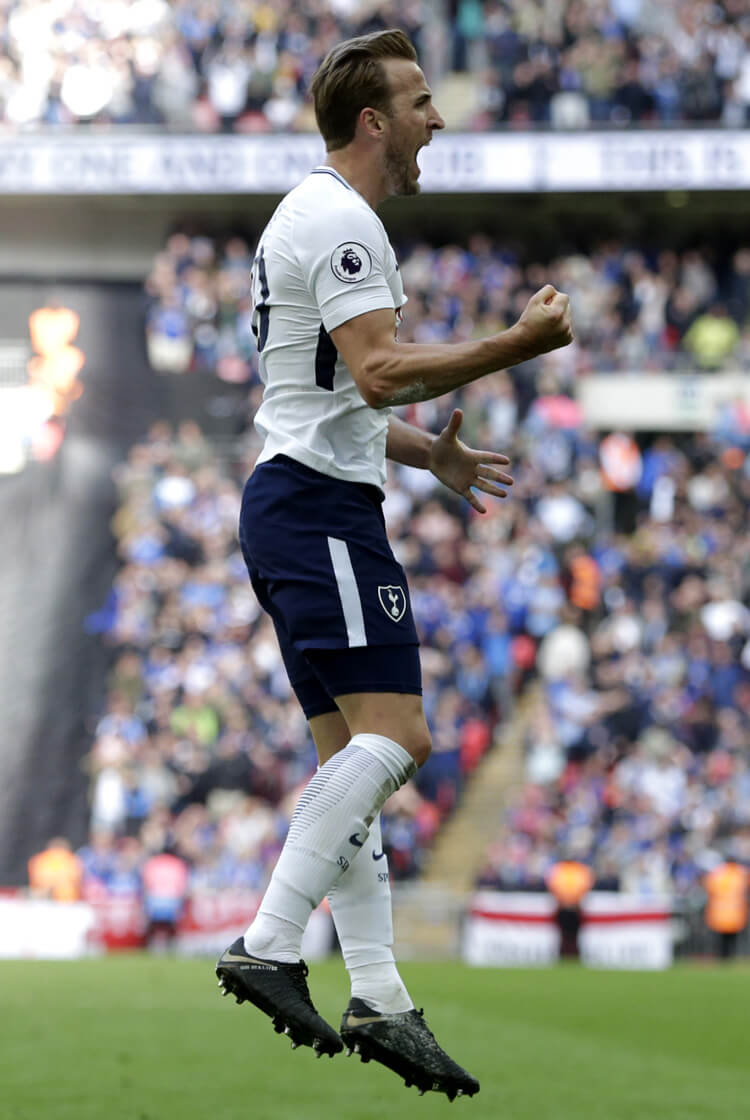 Tottenham came out on top in this nine-goal thriller with Leicester on the final day of the Premier League campaign. The Foxes led 3-1 in the early stages of the second half, but Spurs fought back and it was Harry Kane, inevitably, who dispatched the winner in the 76th minute. Mauricio Pochettino's side certainly made their last game at Wembley before their move to a redeveloped White Hart Lane next season a memorable one. Here, our professional coaches analyse the tactics and key moments from an enthralling victory. 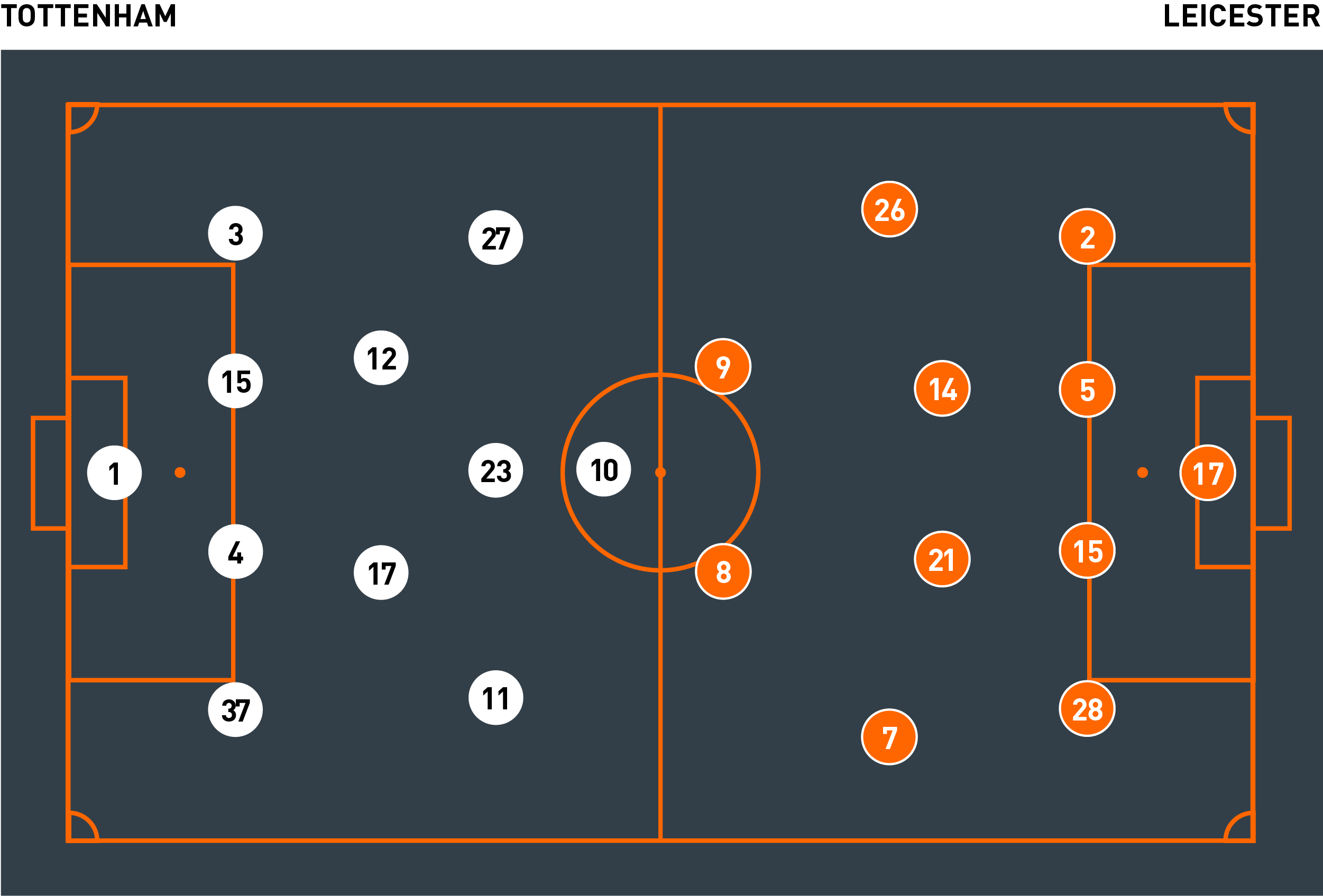 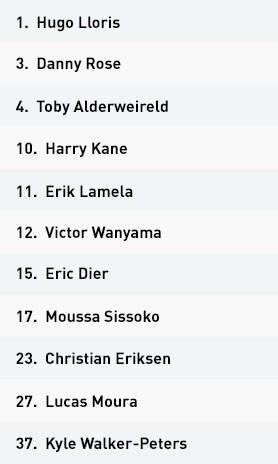 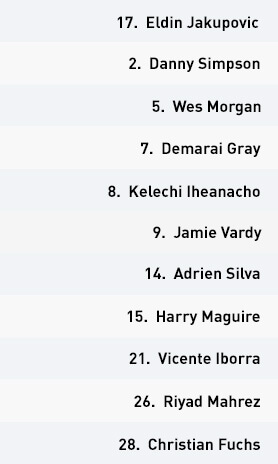 Tottenham set up using a 4-2-3-1 formation, which converted into a 3-4-3 structure when building attacks, with full-backs Danny Rose and Kyle Walker-Peters pushing into midfield and Erik Lamela and Lucas Moura playing up alongside Harry Kane.

Initially, the hosts struggled to sustain a fluid rhythm in possession. Leicester’s midfielders and forwards intensely pressed, as Spurs tried to build short from goalkeeper Hugo Lloris. This intense pressing forced Tottenham to use longer balls over the visitors’ midfield. Harry Kane moved into a wider position, mainly on the left, to provide an outlet to build out of the heavy Leicester pressure. Kane could also make blindside runs across his opponents’ back line, as Danny Simpson at right-back couldn't track the striker in central areas.

After going a goal down in the fourth minute, Tottenham immediately responded. Kane pounced on to a loose ball after Lucas Moura intercepted a poor pass from Simpson. Kane drove towards goal, and struck a low left-footed drive that flew inside the near post of Eldin Jakupovic’s goal. Tottenham’s joy was short-lived though, as less than 10 minutes later they were again punished despite dominating the majority of possession.

Spurs changed their build, with full-backs Danny Rose and Kyle Walker-Peters moving even higher. With Leicester’s midfield unit blocking central passes, they were naturally very compact and narrow. Tottenham could therefore take advantage of this by pushing their full-backs up the pitch.

Erik Lamela moved inside from the right side of midfield, which enabled Walker-Peters to overlap and provide dangerous crosses for Kane and Moura to attack. Rose didn’t have the same space in which to overlap on the left, however, as Moura only moved inside at the last moment of the attack.

Both Rose and Walker-Peters had a significant influence on Tottenham’s attacking play throughout the second half, though. Leicester’s wide midfielders struggled to recover, as they often expended most of their energy on fast attacking transitions. This enabled both full-backs to repeatedly rampage down the wings, as Moura and Lamela simultaneously moved inside, overloading Leicester’s central defenders.

In a chaotic and electric second half featuring six goals, Tottenham’s second, third and fourth goals were all provided by crosses from their full-backs. Leicester’s central defenders struggled to contain the movement of Tottenham’s front line. Kane, naturally, was a priority for the Foxes defence – but they twice left Lamela unmarked to tap home. Kane grabbed the final goal of the game, selling substitute Hamza Choudhury with an excellently disguised dummy before curling a wonderful effort into the far corner.

Late on, Tottenham converted into a 3-5-2 defensive shape to protect against any potential late counter-attacks from Leicester. Davinson Sanchez was introduced to the defence, adding to the hosts' strength in central areas.

Despite seeing little possession, the Foxes scored twice in the opening 15 minutes. Vardy nodded home the first from a routine inswinging free-kick, and Mahrez added a second after pouncing on a loose ball in the Tottenham penalty area. The Algerian swooped home a powerful left-footed drive that sailed past Hugo Lloris.

Leicester’s pressing in midfield was intense and effective throughout the first half. They harried Spurs, disrupting their deep build-up play and identifying Moussa Sissoko as the weak link in possession. Once the ball arrived at his feet, Leicester ambushed the French midfielder, who lacked sufficient quality in possession to bypass the press. This not only halted Tottenham’s progress with the ball, but enabled the away side to counter-attack much higher.

Once Spurs rearranged their build-up play, Leicester’s effective press soon diminished. Their first defensive task was to block central passes into Harry Kane and any other central attacking options. Naturally, this meant their midfield unit was very narrow, which opened up spaces for Tottenham’s full-backs to receive and attack.

Leicester halted the majority of the home side’s progress with tactical fouls within the final third of the pitch. This enabled their attacking players to recover defensively; they had few issues dealing with the resulting set-pieces.

The Foxes got off to the perfect start in the second half. A routine long ball from deep was insufficiently cleared by the Spurs defence and the ball dropped to Iheanacho. The forward bore down on goal and unleashed a superb drive into the top corner of Lloris’ goal.

Despite a two-goal cushion, Leicester struggled to contain their opponents’ full-backs. With Mahrez and Gray struggling to consistently recover, the visitors’ defence was often helpless as Rose and Walker-Peters had ample space to attack.

While the movements of the home side’s full-backs did give Leicester an opportunity to counter-attack, there was a huge disconnect between their defensive back line and attacking unit. With the majority of players tiring from excessive transitions, the Foxes couldn't take advantage of these opportunities.

Tottenham clawed their way back into the game, despite a fourth goal from Vardy, and converted into a more solid defensive structure after taking the lead. Leicester, for all their late pressure, couldn’t break them down. A whirlwind of a game drifted to a conclusion that secured the hosts third place in the final Premier League table.

The key battle within the match involved the pressing of Leicester’s attacking units. To begin with, the midfield remained very compact, blocking off any potential central passes from deep for the home side.

Leicester identified Moussa Sissoko as the potential weak link during Tottenham’s deep build-up play. Spurs initially struggled as they resorted to balls over their opponents’ midfield, rather than through it.

Leicester were also very effective during attacking transitions, as they drove with pace at the Tottenham defence. As a result, it took a while for the hosts to settle into an effective rhythm when in possession. But, as Leicester’s midfield unit condensed, Spurs correctly identified spaces they could exploit in wide areas.

Erik Lamela moved inside, allowing Kyle Walker-Peters to overlap and provide crosses for Harry Kane to attack. This continued long into the second half, as Danny Rose on the left also found joy high up the pitch. Together, both full-backs created the second, third and fourth goals.