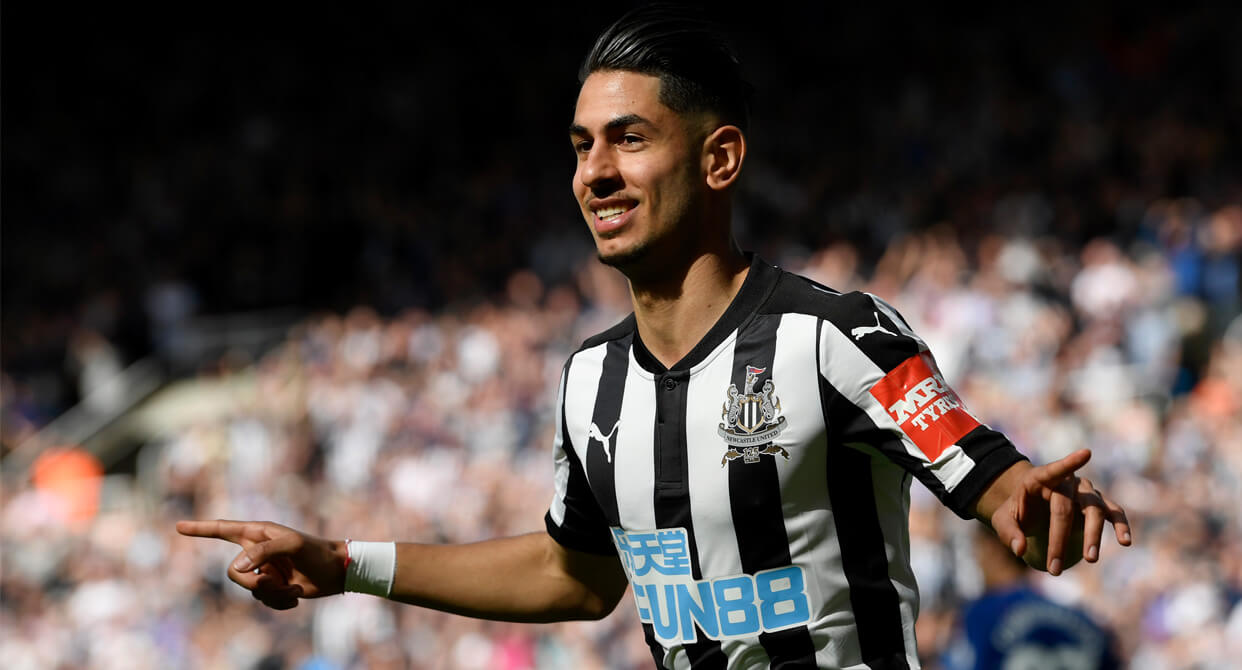 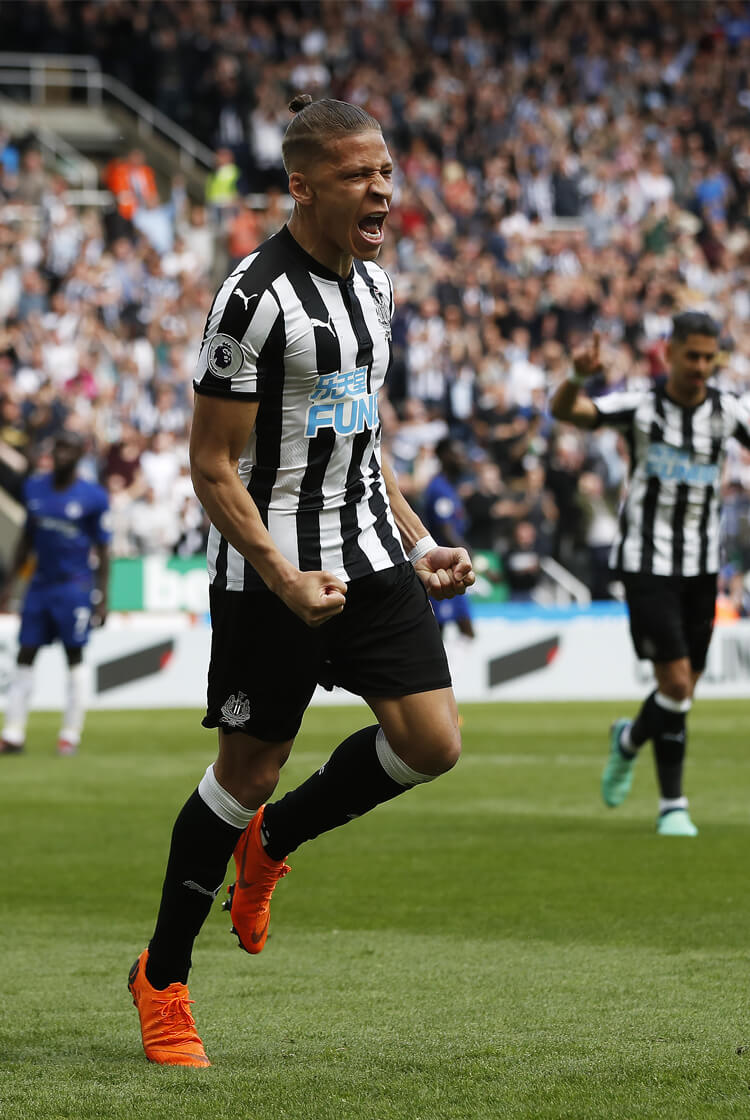 An excellent performance from Newcastle denied Chelsea any chance of finishing the season in the top four. Despite Liverpool's win over Brighton ending the Blues' Champions League hopes, Antonio Conte would have expected more from his side in their final league game of the season. Dwight Gayle and Ayoze Perez (twice) scored in what was a comfortable win for Rafa Benitez's side. Chelsea's attention now turns to the FA Cup final against Manchester United on May 19. Here, our professional coaches analyse the tactics and key moments from the Premier League action at St James' Park. 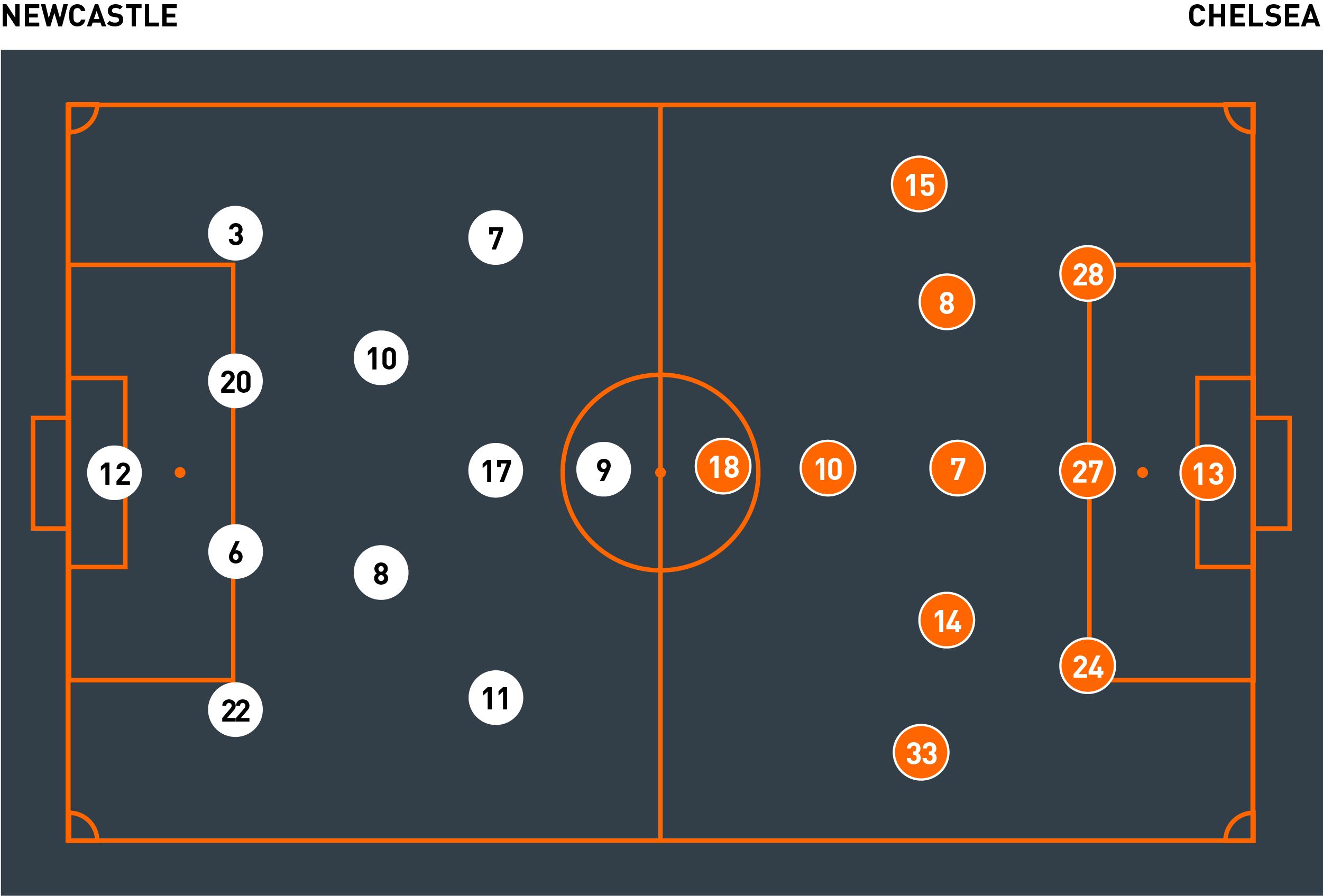 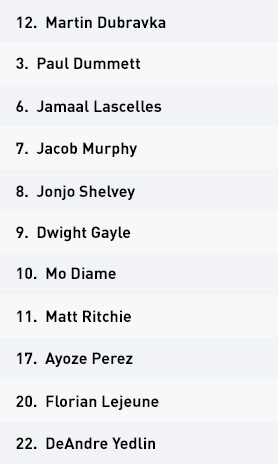 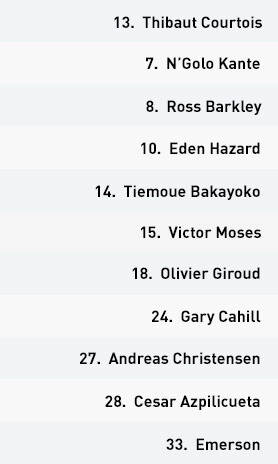 Newcastle lined up in a 4-2-3-1 system and were the aggressors at St James’ Park. They began the game with considerable intensity, pressing high to force mistakes from Chelsea.

Dwight Gayle was ready to set off the first line of pressure against Chelsea’s back three, with Ayoze Perez offering support. Jonjo Shelvey and Mo Diame in turn stepped higher to press midfielders Tiemoue Bakayoko, Ross Barkley and N’Golo Kante. This forced the visitors to play direct to Olivier Giroud, but Jamaal Lascelles coped well against his aerial threat.

In possession, it was Shelvey who immediately took control in midfield and dictated the rhythm of Newcastle’s attacks. As he took up good positions behind Eden Hazard, Chelsea’s midfielders were drawn out of position, thereby creating space for Perez to occupy the number 10 role.

Shelvey exploited the laboured pressing and defensive work from Chelsea in the centre of the park, and often played penetrative passes through the midfield line. Diame was also key; when Chelsea intercepted Shelvey’s forward passes, he was fast to press. This resulted in opportunities in the final third, and helped to prevent counter-attacking opportunities for the away side.

Gayle was effective in occupying Chelsea’s back line and stretching play, allowing space for Perez. Matt Ritchie and Jacob Murphy additionally worked hard to move in behind the Blues’ wing-backs, resulting in Cesar Azpilicueta and Gary Cahill getting dragged out to defend in wider areas.

Newcastle began lower and more compact in the second half, falling into a defensive 4-4-2 structure as Chelsea tried to take initiative in possession. The Magpies worked hard to stop space opening up and looked to relieve pressure through counter-attacks.

A second goal came after a quick transition and run in behind by Murphy, whose cross was poorly cleared by Bakayoko. Shelvey occupied a good covering position to pick up the clearance, with his shot turned in by Perez.

The hosts maintained their momentum, and within five minutes they had made it three. Perez aggressively pressed Hazard, eventually winning a free-kick. Florian Lejeune was left unmarked at the far post to secure the three points.

The speed of pressure and aggression of Rafa Benitez’s side to win second balls and clearances was a common theme. Newcastle were quicker to loose balls and more assertive when in defensive shape, rarely allowing Chelsea to establish themselves in the game.

Chelsea lined up in a 3-5-1-1 system, with Antonio Conte, perhaps with one eye on the FA Cup final, making eight changes to his team.

The intensity and purpose with which Newcastle began the game seemed to take Chelsea, who looked unprepared for the challenge, by surprise. The Magpies pressed aggressively and the Blues struggled to establish possession.

The midfield trio of Ross Barkley, N’Golo Kante and Tiemoue Bakayoko were slow on the ball and often failed to challenge the home side’s forwards. With wing-backs Emerson and Victor Moses similarly slow to react in transition, Chelsea rarely stretched their opponents, allowing them to remain compact and deny Eden Hazard space.

Chelsea notably struggled to cope with the double pivot of Jonjo Shelvey and Mo Diame in midfield. Hazard would often drop one on one to defend, but another midfielder needed to come out of position and offer extra cover, leaving the Blues lacking balance in the centre of the park. This created space for a Magpies winger to drift in or for Ayoze Perez to occupy the hole.

Conte’s side began the second half with more purpose. Emerson and Moses immediately occupied higher positions, with Barkley joining the attacks to increase their options in the final third. The 24-year-old moved into good positions and allowed more freedom for Hazard to drop and receive the ball. Newcastle, though, were unfazed by the positive play of their opponents, and added a second goal just before the hour mark.

Chelsea’s most promising opportunity came after they turned a poor Magpies set-piece into a counter-attack. Barkley drove forwards and combined with Hazard, but the former’s shot was well saved.

Moments after squandering this chance, Chelsea conceded a third. Again, Newcastle’s intense pressure to pick up second balls led to Hazard conceding a free-kick, which led to the final goal of the game.

Conte introduced Pedro, Alvaro Morata and Willian late on; however, his substitutions were in vain, with the task of turning the contest around proving too big for his out-of-sorts team.

Newcastle attacked the game from the start, against a Chelsea team that looked devoid of energy and confidence. The Magpies were the aggressors in pressing high and forcing mistakes from their opponents.

Defensively they stayed tight and compact in a 4-4-2 system, denying central space to Eden Hazard and preventing Chelsea from playing in the areas they wanted to create from.

Jonjo Shelvey was key in possession, dictating the game and often breaking the Chelsea midfield lines, with his passes frequently finding Ayoze Perez in the number 10 position.

Chelsea had problems defensively, with their midfielders drawn out of position to press Shelvey and Mo Diame, which created space for Newcastle to attack. The Blues’ pressure in midfield was slow and ineffective, especially from Tiemoue Bakayoko.

Chelsea came out with more purpose in the second half, and Ross Barkley looked the most likely to create an opening on goal. The midfielder played higher, while wing-backs Victor Moses and Emerson were more dynamic.

Newcastle adapted well by dropping lower and remaining the more effective team in pressing quickly, and winning first and second balls. Two quick transitions after picking up loose balls led to their second and third goals.