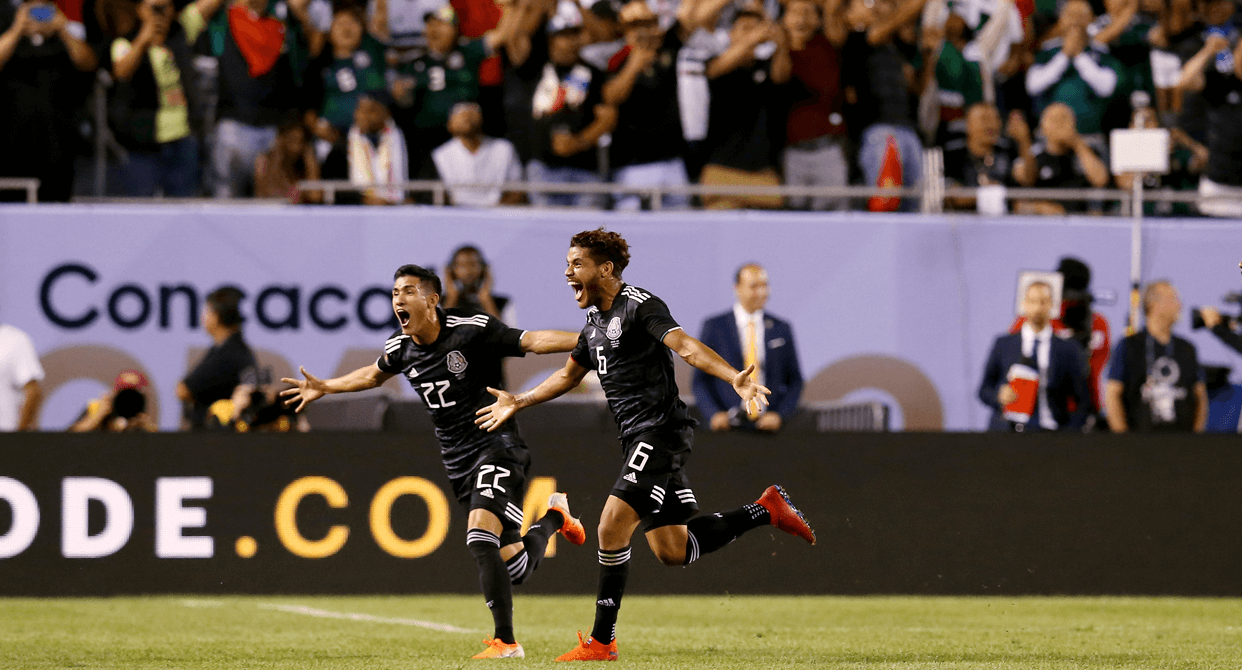 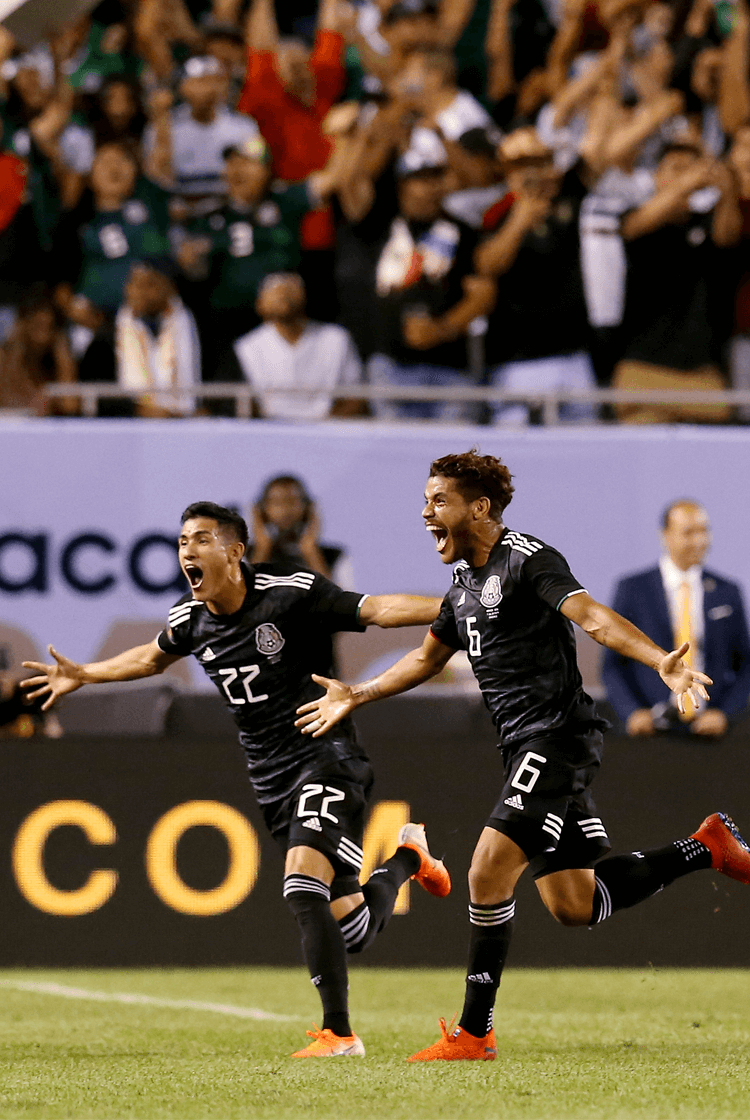 Mexico extended their record number of Concacaf Gold Cups when Jonathan dos Santos’ second-half finish secured a 1-0 victory over the United States at Chicago’s Soldier Field. Raúl Jiménez’s backheel put the midfielder into position to shoot in off the crossbar, securing Mexico’s 11th success in the competition’s history against both their rivals and the defending champions. 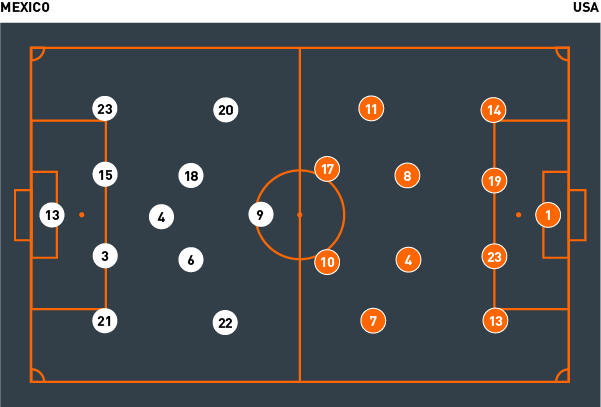 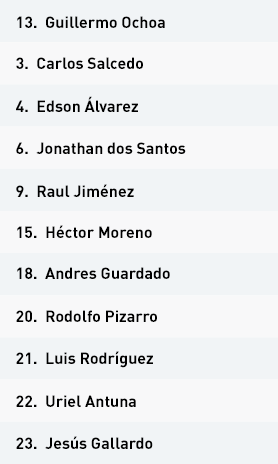 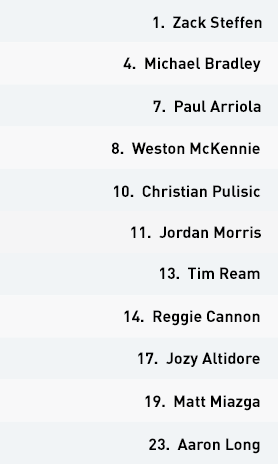 Mexico adopted a 4-3-3 while in possession, with Edson Álvarez, Jonathan dos Santos and Andres Guardado a three-strong midfield behind Rodolfo Pizarro, Uriel Antuna and central striker Raúl Jiménez. During their build-ups, Álvarez often withdrew between the two central defenders to form a line of three, in an attempt to protect against the United States’ aggressive tactic of looking to match their attacking four against Mexico’s defensive four; the deployment of Álvarez was important in creating a defensive overload.

The key for Mexico was how they used their wide attackers, Pizarro and Antuna. Both played inside – in both deep and advanced positions – which made it difficult for the USA to track them, and also created central overloads for Mexico against Michael Bradley and Weston McKennie in the American midfield. Full-backs Luis Rodriguez and Jesús Gallardo were pressed by their opposing full-backs when in possession beyond USA’s wide attackers, creating spaces in behind they could exploit with penetrative runs.

Mexico tried to capitalise on this by using those runs as the trigger for Guardado, Dos Santos, Jiménez and either Pizarro or Antuna to attack the penalty area, so it was little surprise that their winning goal came from Pizarro receiving in a half-space and Dos Santos arriving at the edge of the area to score.

Their attacking 4-3-3 shape became a 4-1-4-1 when the USA had the ball; Antuna and Pizarro tucked in to create a midfield four with Dos Santos and Guardado, while Álvarez occupied the space between defence and midfield. They initially struggled to defend the space in behind because of a lack of pressure on the ball and a defensive line that left gaps when dealing with an attacker’s movements. If Pizarro or Antuna were beaten, then the full-back’s move to engage also exposed the remaining three defenders, who were hesitant to shuffle across to reduce the space that left.

The USA front four of Jordan Morris, Jozy Altidore, Christian Pulisic and Paul Arriola were therefore provided with gaps that a more incisive attack would have punished. Instead, Mexico gradually formed a more solid defensive structure and were less focused on individuals, even if Dos Santos and Guardado followed Bradley and McKennie to limit the threat they posed through the middle. As such, they were able to see out the game for an 11th Gold Cup title.

The United States pressed aggressively throughout the first half, with either a high press from a 4-2-4 or a mid-block 4-4-2 shaped by the positioning of wide players Jordan Morris and Paul Arriola, who with the high press would pressure the full-backs. After the opening 15 minutes, however, they began pressing with a three instead of a four. The far-side attacker, Morris or Arriola, would instead tuck into midfield alongside Michael Bradley and Weston McKennie, while the full-backs behind them would alternate in pushing up to limit the space out wide and tucking across into the spaces left in defence. When Mexico first evaded the aggressive press, the USA would swiftly withdraw into a deep block – but as the game progressed they pressed less frequently and increasingly used the 4-4-2 mid-block. Only when they fell behind did they build the pressure again.

In possession, the USA set up in an attacking 4-2-4 formation. Bradley and McKennie were the two central midfielders, while wingers Morris and Arriola advanced to join forwards Jozy Altidore and Christian Pulisic. Their early attempts to threaten in behind created some fine chances that Pulisic and Altidore wasted, but while Mexico’s defence focused on individuals their attacking movements meant they were able to pull the defensive line out of shape.

Balls in to Altidore’s feet tempted central defenders to him, and the return pass was then coupled with penetrative runs from Pulisic and Arriola or Morris into the space that had been vacated. When Bradley and McKennie were under pressure from Guardado and Dos Santos during build-ups, Pulisic dropped towards possession to create an additional number in midfield, in effect putting the most potent attacker on the ball and facing forwards. It was largely a lack of quality on their final delivery that then undermined them, however.