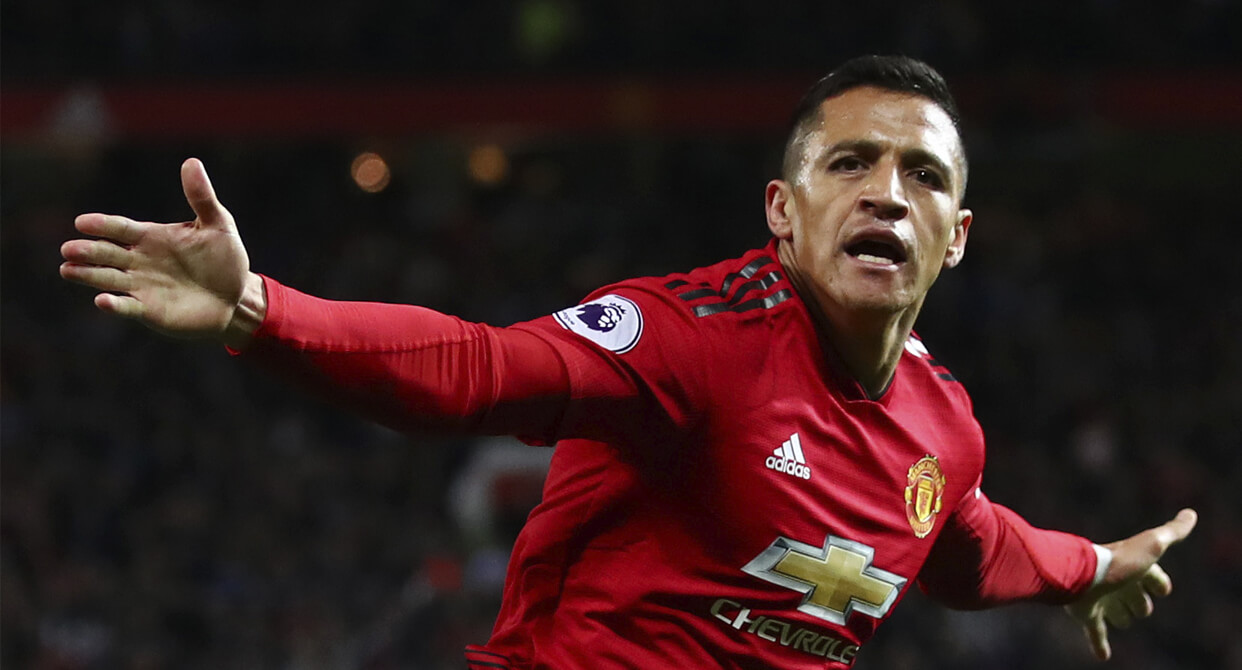 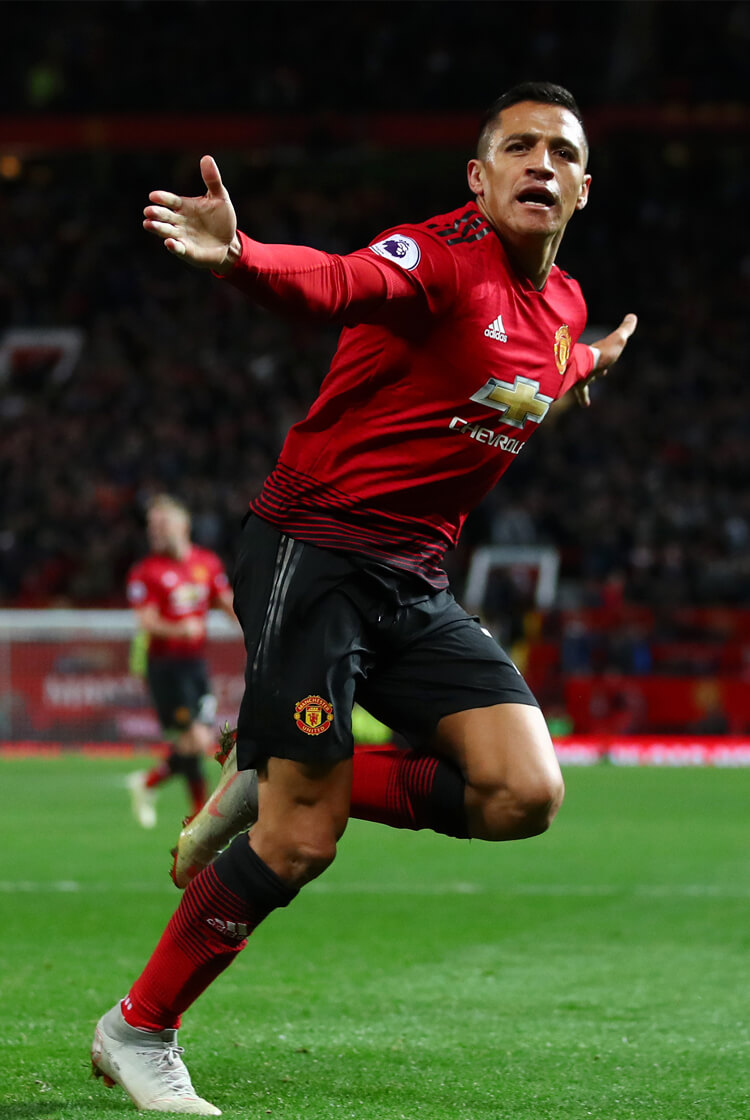 Manchester United fought back from two goals down to beat Newcastle and secure their first three points at Old Trafford since their opening game against Leicester. A poor run of both results and performances has heightened the pressure on manager Jose Mourinho, and his players only added to the uncertainty over his position by conceding two goals within the opening 10 minutes. Kenedy and Yoshinori Muto breached the United defence with ease to silence the home crowd early on. Mourinho reacted by replacing Eric Bailly with Juan Mata on 20 minutes, but the hosts failed to respond in the first half. They increased the intensity after the break, though, and substitute Mata halved the deficit with a fine free-kick midway through the second period. Anthony Martial then smashed home a delightful finish to equalise moments later, before Alexis Sanchez completed the comeback with a header in the final minute of normal time. 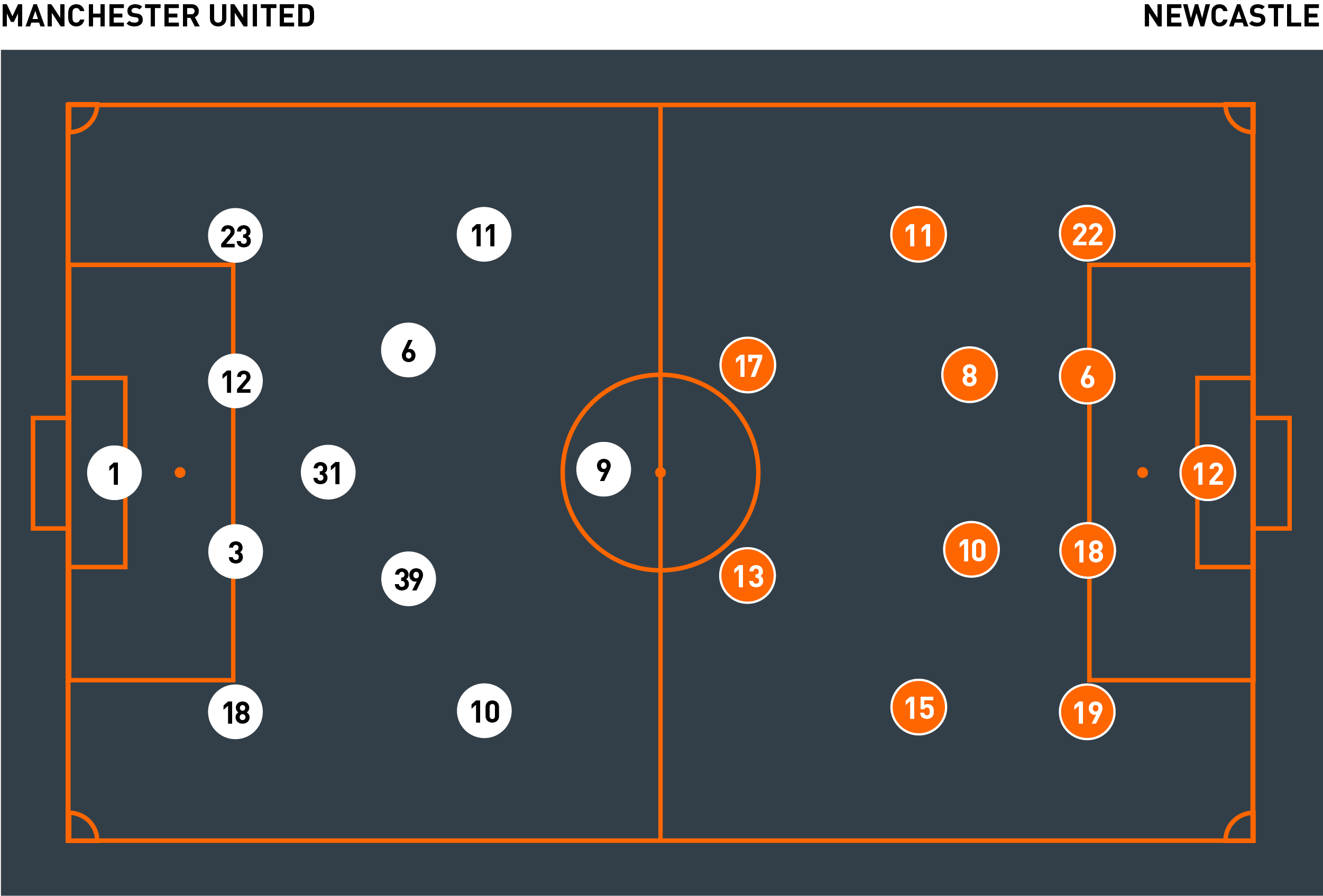 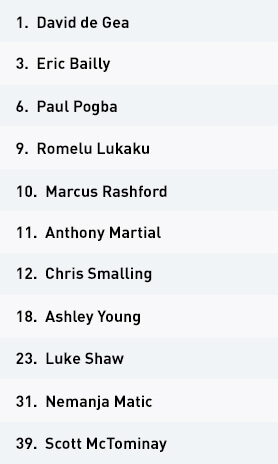 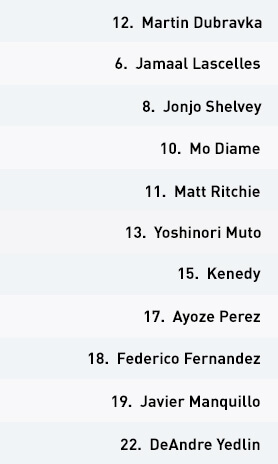 Manchester United initially set up in a 4-3-3, with Scott McTominay, Paul Pogba and Nemanja Matic as the midfield three, and Marcus Rashford and Anthony Martial supporting Romelu Lukaku in attack. Conceding two goals within the opening 10 minutes resulted in Jose Mourinho altering this structure at the 20-minute mark, with the introduction of Juan Mata for Eric Bailly. The team switched to a 4-2-3-1, as McTominay joined Chris Smalling at centre-back, Pogba and Matic sat as the two deep central midfielders, and Mata, Rashford and Martial played behind Lukaku.

United’s horizontal circulation of the ball and the organisation of their opponents’ block contributed to their early struggles in possession. The back four would regularly move the ball between them, but the full-backs were the only players who would be placed under noticeable pressure. Smalling and Bailly (later McTominay) might have found more joy in carrying the ball towards the Newcastle forwards, trying to entice them towards the ball, while Pogba or Matic could have created an angle just ahead to allow them to bypass the first line of the press. Instead, the ball would find its way to the full-backs, who would then look to clip it towards the forwards, where it was regularly intercepted.

United focused attacking down both wide areas, looking to push full-backs Ashley Young and Luke Shaw as high and wide as possible. Pogba and Matic would help with this in the first half, staying back with Smalling and McTominay to provide the necessary security for the full-backs to push on – but this changed in the second period, with the introduction of Marouane Fellaini as an additional attacking threat, after which only Matic, Pogba and Smalling would remain deep to marshal Newcastle’s front two. Their wide play became much more positive after the break, and they managed to deliver several dangerous crosses into the box to attack or from which to regain second balls – as seen for both the equaliser and the winning goal.

The hosts set up in an initial 4-1-4-1 structure out of possession. Rashford and Martial would track the visitors’ full-backs, which pulled the pair into the midfield line with Pogba and Matic. They then used a 4-4-1-1/4-4-2 when Bailly was replaced by Mata, who took on Rashford’s role out wide, as the latter moved into a central position alongside Lukaku.

But, with 69 per cent possession, United spent little time in an out-of-possession structure. The majority of their defending was in transition, where they tried to initiate a sharp counter-press that tended to lead to regaining possession or committing a foul. The counter-press was both erratic and poorly co-ordinated, but the high pressure was successful in forcing the Magpies into the errors that helped United gain control and complete what had earlier seemed an unlikely comeback.

Newcastle set up in a 4-4-2 in possession, with Kenedy, Jonjo Shelvey, Mo Diame and Matt Ritchie positioned across the midfield, while Yoshinori Muto and Ayoze Perez formed an attacking pair. They were cautious in possession and could afford to be, having caught Manchester United out with two early goals from the right-hand side.

The visitors’ positional structure tended to look like a 4-2-4, as Shelvey and Diame would sit deeper, providing the security while offering distribution and recycling opportunities. Ritchie and Kenedy would join Perez and Muto in the attack at pace in transition, quickly releasing themselves from their position. Newcastle set out to play forwards early and with speed in these transitional moments, aiming to catch their opponents’ defenders out of position. Their out-of-possession block naturally fell deeper as the game progressed, and they became even more focused on the counter-attack.

They began by operating a mid-press out of possession, where they would look to close down the hosts’ full-backs quickly and force play backwards. The United centre-backs were encouraged to bring the ball out, but Newcastle were shrewd in not committing Perez and Muto towards the ball. The result was largely futile horizontal circulation in front, with Rafael Benitez’s players happy to shuffle across and screen any forward passes.

Their press was man-oriented, with Kenedy and Ritchie picking up Luke Shaw and Ashley Young when the ball was on their side. When the ball was on the opposite side, the opposite winger would tuck in and prevent a switch into Anthony Martial or Marcus Rashford. Shelvey and Diame would pick up either Scott McTominay and Paul Pogba or Nemanja Matic and Pogba, depending on which side the ball was on. The central midfielders wouldn’t mark these players, as they had to screen passes into Lukaku, Rashford and Martial – but they would be in position and on the front foot, ready to press any ball that travelled into one of the United midfielders.

After half an hour had been played, and with a 2-0 lead, they fell into a low to mid-block and their line of engagement became deeper. The structure remained the same from this point, but they struggled in the second half as their opponents overloaded the wide areas and combined around them to deliver crosses into the box – which, almost inevitably, is where United’s eventual winner came from.