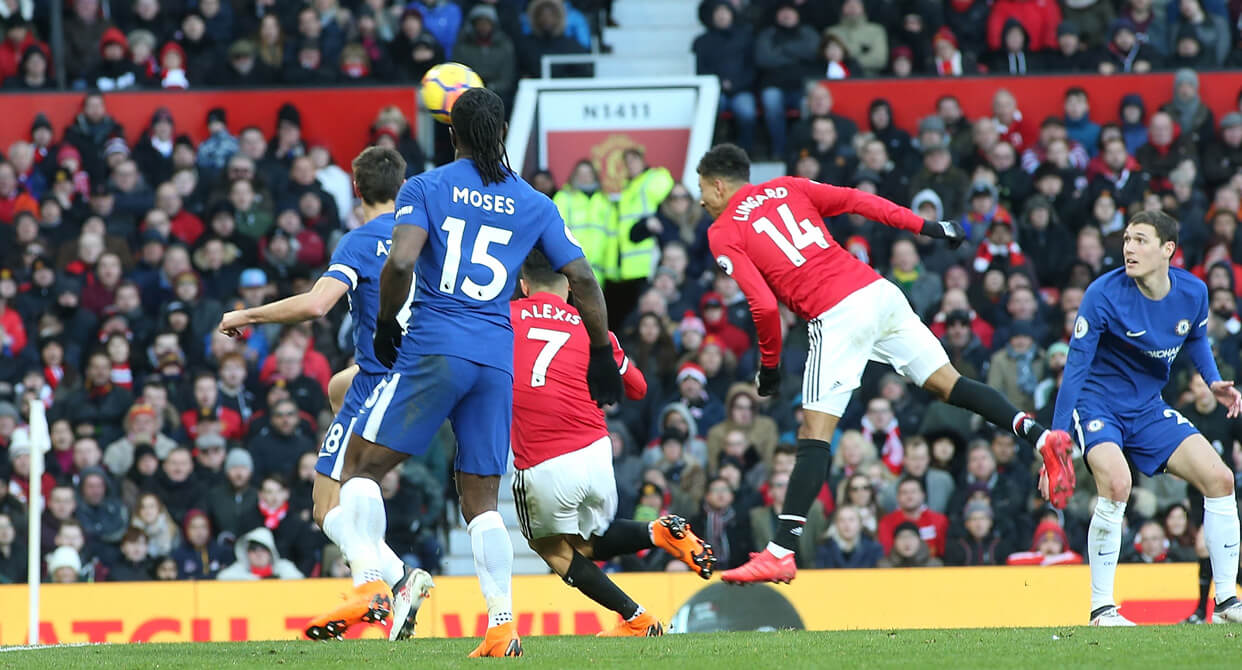 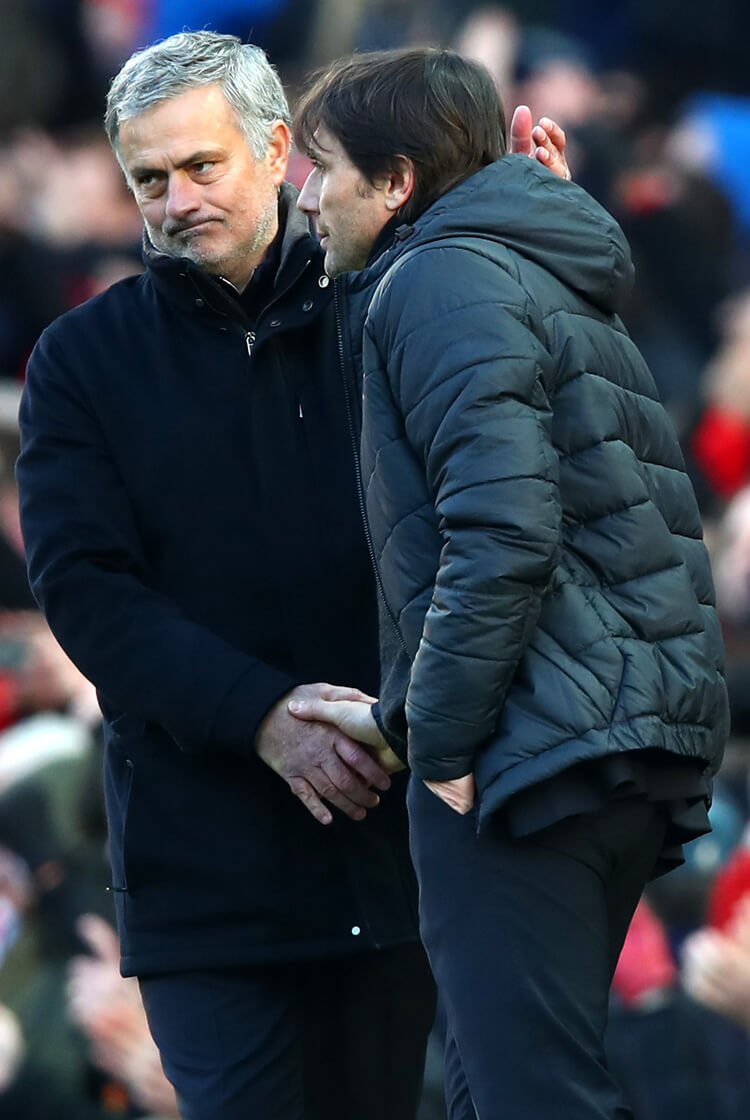 A late Jesse Lingard goal secured what could prove a crucial three points for Manchester United against Chelsea from a hard-fought clash at Old Trafford. Willian continued in his rich vein of form to put Antonio Conte's champions ahead shortly after the half-hour mark, but Romelu Lukaku equalised against his old club soon after and then turned creator for substitute Lingard's headed winner with 15 minutes to go. The victory kept Jose Mourinho's side second in the table and left Chelsea outside the Champions League places. 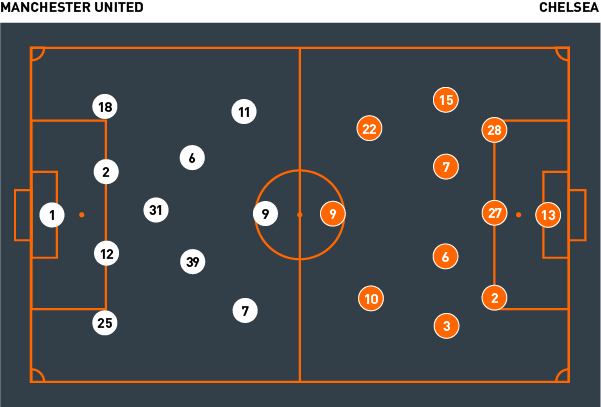 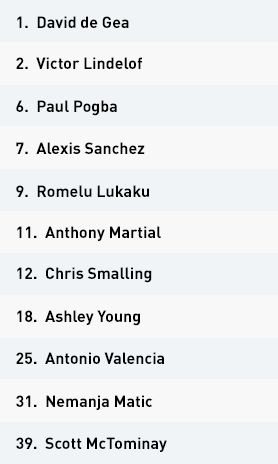 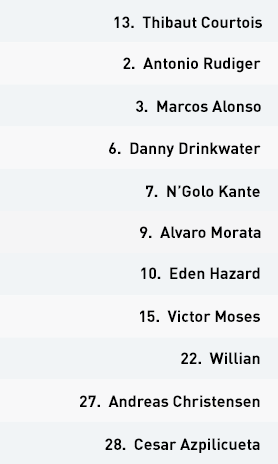 Jose Mourinho’s men started in a 4-3-3 formation, dropping back to 4-4-2 in the defensive phase. They switched to three at the back after going a goal up in the second half, with Eric Bailly replacing Alexis Sanchez and joining Chris Smalling and Victor Lindelof at the heart of the Manchester United defence. That meant a 5-4-1 in defence, with Nemanja Matic and Scott McTominay in the middle and Jesse Lingard and Paul Pogba patrolling the flanks.

The hosts worked hard to prevent Chelsea from breaching their defensive shape and were effective in midfield areas, but gaps did appear in the defensive line and both Eden Hazard and Willian enjoyed some success in finding them. United also struggled with the pace of the Chelsea forwards in wide areas – it was from such an area that Hazard and Willian combined to give the visitors a first-half lead.

In attack, United’s preferred option was to play out from the back. Despite their comfort in possession, however, the midfield trio of Pogba, Matic and McTominay struggled to maintain the speed of their long-range distribution or short-range passes in the face of Chelsea’s organised defensive shape. Pogba, the only one of the three consistently able to find his forwards in space, was therefore the one to direct most of his team’s play. In wide areas, neither Antonio Valencia nor Ashley Young managed to get on top in their individual battles with Marcos Alonso and Victor Moses respectively.

On the counter-attack, United looked to get it forward to Romelu Lukaku, Anthony Martial, Sanchez and later Lingard as soon as possible, to take advantage of possible gaps in the retreating Chelsea defence. However, N’Golo Kante did an excellent job at covering any potential danger and limiting the hosts’ threat.

Chelsea set up in their usual 3-4-3 formation, moving to 5-4-1 in defence. Once they fell behind late in the second half, however, Antonio Conte replaced right wing-back Victor Moses with Olivier Giroud and paired him with Alvaro Morata in a two-man strike force at the top of a 4-4-2, with Willian and Pedro operating on the wings.

The visitors tried to prevent Manchester United from playing the ball around comfortably in midfield, with N’Golo Kante and Danny Drinkwater persistent presences in the faces of a harassed United midfield. The defensive positioning of Antonio Conte’s outfit made it difficult for the Red Devils to get forward, but when spaces did appear United were clinical in taking their opportunities – as was evidenced by both goals.

Both Marcos Alonso and Moses were impressive against their opposing full-backs, while Kante was typically central to his team’s efforts in the defensive transition, tracking United runners and covering any gaps in his team’s defensive shape. When their front line failed to win the ball back or prevent the counter-attack, the visitors worked hard to get numbers around the ball as fast as possible.

In attack, the Blues looked to get the ball quickly into dangerous areas around the United penalty area for the likes of Eden Hazard and Willian to create chances. Conte’s selection of two defensive midfielders in Kante and Drinkwater, leaving Cesc Fabregas on the bench, meant they struggled to make any consistent progress through midfield channels. Hazard impressed when dropping deeper to pick up possession, however, and always looked the most likely to exploit any gaps in the home defence. He did just that when combining with the dangerous Willian to set up the opening goal just past the half-hour. Morata still looked short of his best form, however.

Jose Mourinho switched to three at the back after going a goal up late on, alternating between a 3-4-3 system in attack and a 5-4-1 in defence as Manchester United tried to consolidate their lead. In that shape, Nemanja Matic and Scott McTominay occupied the centre of midfield, with Jesse Lingard and Paul Pogba on the flanks.

Romelu Lukaku put in an excellent display up front for United. He scored the equaliser and provided the assist for Lingard’s winning goal.

Alexis Sanchez struggled to make any significant impact, often finding himself isolated on the right wing but contributing little when drifting inside. He improved slightly when moved to the left in the second half, but generally looked to be missing the influence of Juan Mata.

Antonio Conte opted for two target men up front and changed to a back four after Chelsea went behind in the second half, bringing on Olivier Giroud for Victor Moses and pairing him with Alvaro Morata, with Pedro and Willian positioned wide.

Eden Hazard, replaced late on by Pedro, impressed when dropping into midfield to take on the creative responsibilities of the benched Cesc Fabregas. The Belgian offered necessary support to the more defensively minded N’Golo Kante and Danny Drinkwater.