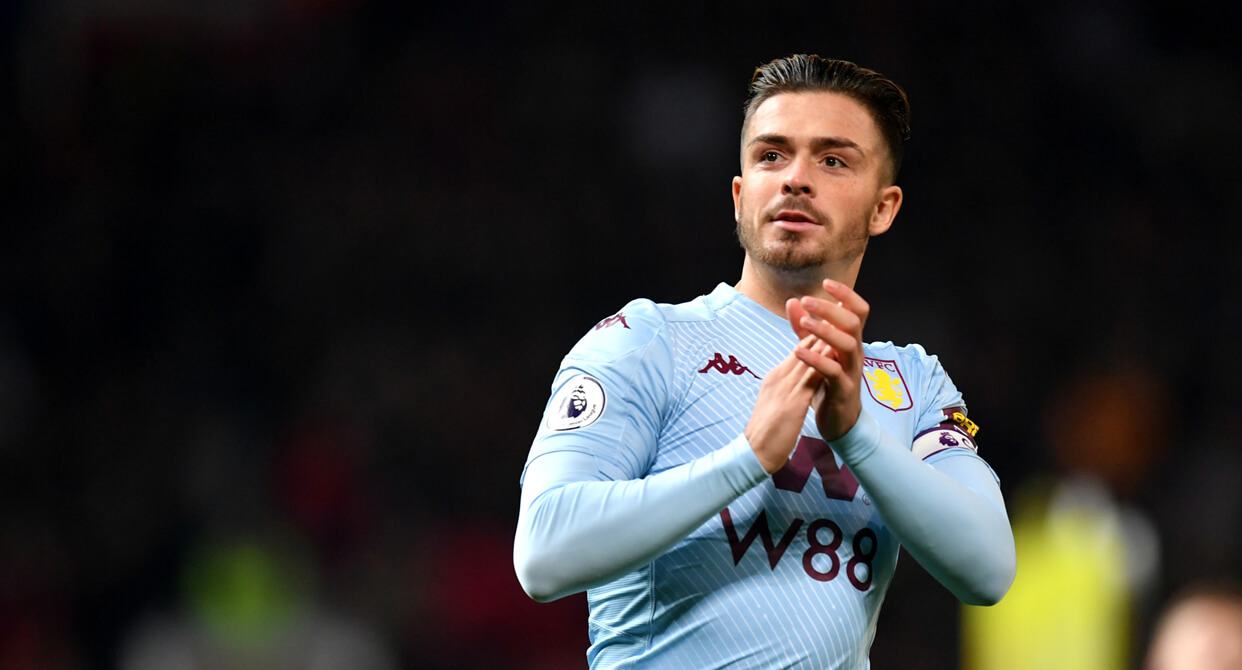 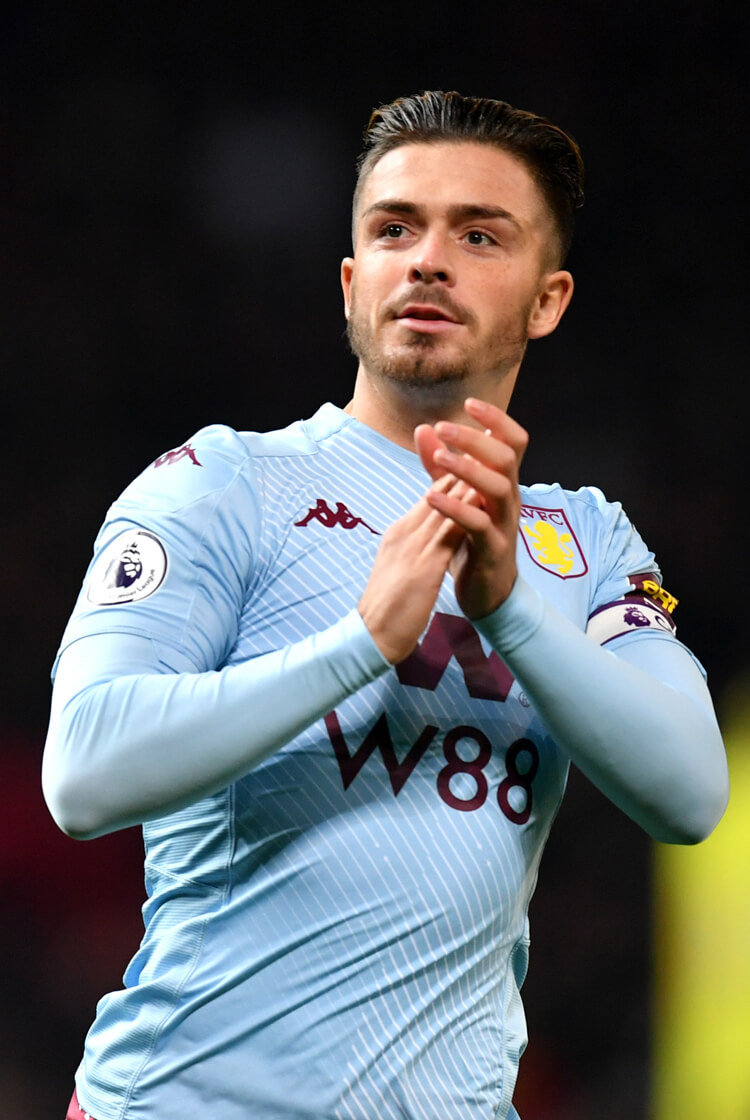 Manchester United came from behind but then surrended a lead as they registered a sixth league draw of the season at home to Aston Villa. The in-form Jack Grealish put the visitors ahead with a rasping shot into David de Gea's top left corner, but Villa keeper Tom Heaton unfortunately diverted the ball into his own net to see the scores level at half-time. A rare Victor Lindelöf goal – only his second Premier League goal in 60 appearances – set the hosts on their way to three valuable points midway through the second half, but the lead lasted only two minutes before Tyrone Mings stole in behind to fire home an equaliser for Dean Smith's men. United manager Ole Gunnar Solskjaer has now overseen only four league wins in 14 this season, with his team now eight points adrift of the top four in ninth place. 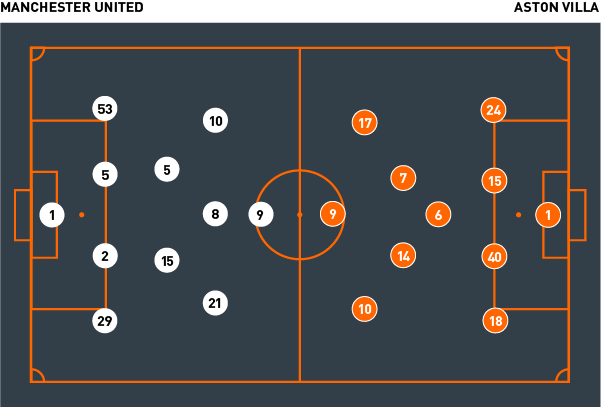 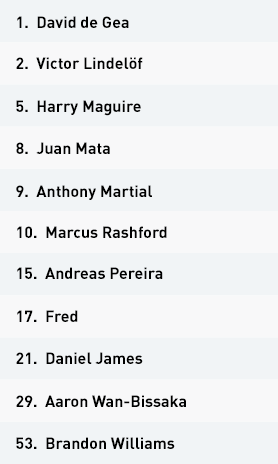 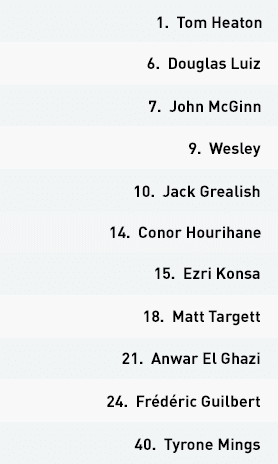 Ole Gunnar Solskjaer set his Manchester United team up in a 4-2-3-1 formation. Fred and Andreas Pereira started as the two deep central midfielders behind an attacking trio of Daniel James, Juan Mata and Marcus Rashford, who supported Anthony Martial in attack.

United were up against an Aston Villa side that utilised a 4-1-4-1 out of possession. Douglas Luiz operated between the defensive and midfield units, while Anwar El Ghazi – who succumbed to an early injury and was replaced by Trezeguet – and Jack Grealish tucked in alongside Conor Hourihane and John McGinn to form the midfield line of four behind Wesley.

The hosts started in a very attacking manner, and looked to move the ball forward quickly with short, diagonal or vertical passes. With each vertical pass, the receiver would look to collect on the half-turn in order to continue the attack – as such, Villa had difficulty picking up the players operating between the lines. With every forward or diagonal pass, United looked to use an additional forward runner to maintain the speed of the attack. A common example of this was a diagonal pass to an attacking midfielder, with either the full-back on that side or another attacking midfielder providing the next attacking run beyond the defensive line.

When Villa pressed, they used Wesley to split the two United centre-backs and force possession one way; McGinn and Hourihane picked up Fred and Pereira, with the pass into one of these central midfielders triggering a more intense press as Villa looked to force United back. Villa’s defensive structure left them vulnerable against United’s forward passes between the lines, however.

With Aaron Wan-Bissaka and Brandon Williams looking to advance from full-back and attracting the attention of Jack Grealish and Trezeguet, James, Rashford or Mata could drop into the half-spaces and collect, with the full-backs unwilling to follow. Central midfielders Hourihane and McGinn were busy with Pereira and Fred, while deep midfielder Douglas Luiz was unwilling to move away from his central position. The only change Villa made to improve this situation was towards the end of the game, when they dropped into a much lower block and used Wesley to try and affect Fred and Pereira from much deeper. This allowed the midfield three to remain deeper and closer to their defensive unit, restricting United’s space between the lines.


When United built from the back, Fred and Pereira offered very little in the way of movement and maintained a close distance to each other, aiming to occupy the Villa midfielders and thus creating access to the half-spaces between the lines. The two midfielders often just returned possession to the United centre-backs, who would then try to find the penetrative pass.

Mata, playing as the central attacking midfielder, operated more as a second striker than a point of combination for United. The Spaniard regularly rotated with Martial, who dropped towards the ball as Mata threatened in behind with a penetrative run. In the second half, United operated in more of a 4-4-2 shape, with Rashford taking up more of a central attacking position alongside Martial, while James moved to the left and Mata to the right.

This then changed again with the introduction of Jesse Lingard, as United reverted to a 4-2-3-1. Lingard operated as the central attacking midfielder, with James on the right, Rashford on the left and Martial, eventually replaced by Mason Greenwood, up front. Despite the changes, the plan appeared to remain similar, using runs to threaten the space in behind and short, sharp passes across the pitch to advance.

Despite the clever football to advance play, United struggled to create many chances of significance and found the Villa defence tough to break down. It was two set-pieces that provided United with their goals, both well-worked short corner routines.

Dean Smith set Aston Villa up in a 4-3-3 formation, with Douglas Luiz, John McGinn and Conor Hourihane as the three midfielders behind a front three of Anwar El Ghazi (later Trezeguet), Wesley and Jack Grealish. The visitors looked to build from the back where possible, but they were not averse to playing direct passes into Wesley for him to hold up play.

Villa looked to play vertical passes into feet, with the receiving player often facing his own goal and then offered support – either by an option underneath the ball or an advancing run ahead of the ball, which were often difficult to track. Grealish, El Ghazi and Trezeguet all looked to turn and dribble, which changed the dynamic and tempo of the attack; once one player was beaten, another would be attracted towards the ball and pulled out of position, which then had a domino effect on the rest of the United shape. This was evident for Villa’s opening goal, where El Ghazi’s dribbling caused United real trouble on Villa’s right.

McGinn always looked to offer support when Villa had possession. The tenacious midfielder could be seen making movements towards the ball as well as making penetrative runs from deep, looking to get beyond Wesley whenever possible. Villa’s other central midfielder, Hourihane, could be seen rotating with Grealish, but tended to offer less of a threat in behind.

As United pressed, they tried to force Villa towards the touchline. Martial showed the centre-back outside, which acted as a trigger for the three attacking midfielders to squeeze play against the touchline and prevent any switch. This had mixed success, as Villa were comfortable in possession and happy to play direct. Wesley was a regular target, particularly towards the end of the game, when Villa operated deeper out of possession. The visitors only managed three shots on target throughout the game and, like the hosts, struggled to create quality chances. Grealish’s goal came from a moment of brilliance, while the equaliser from Tyrone Mings came from a well-worked set-piece.