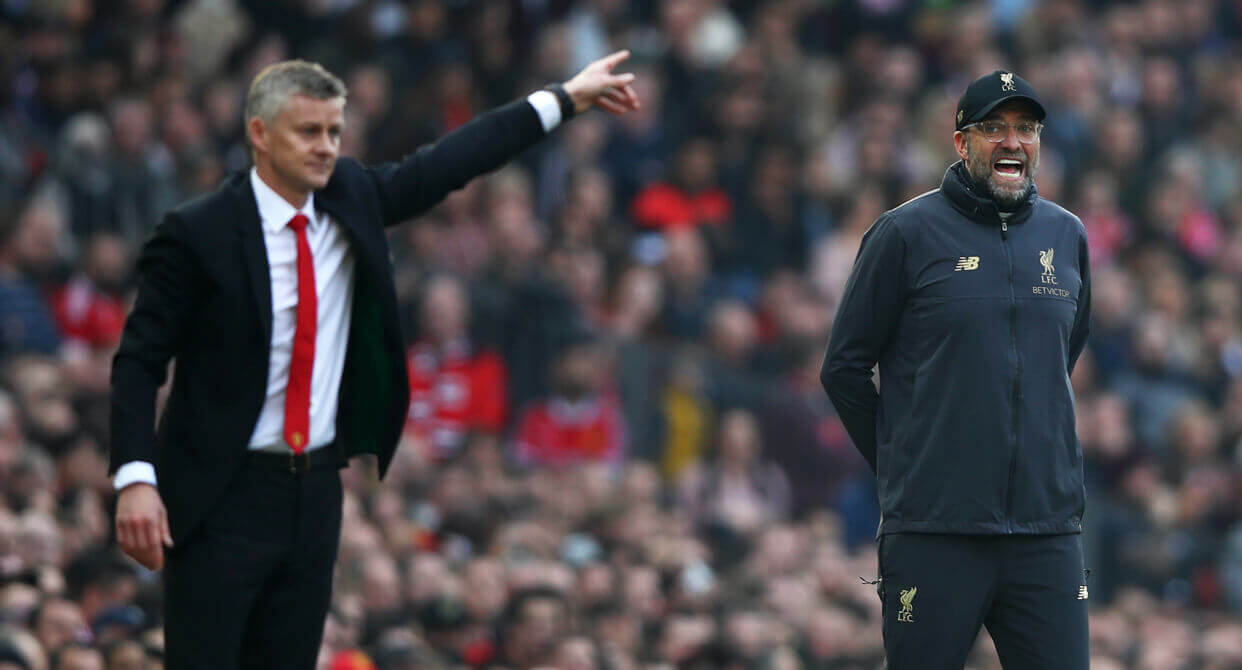 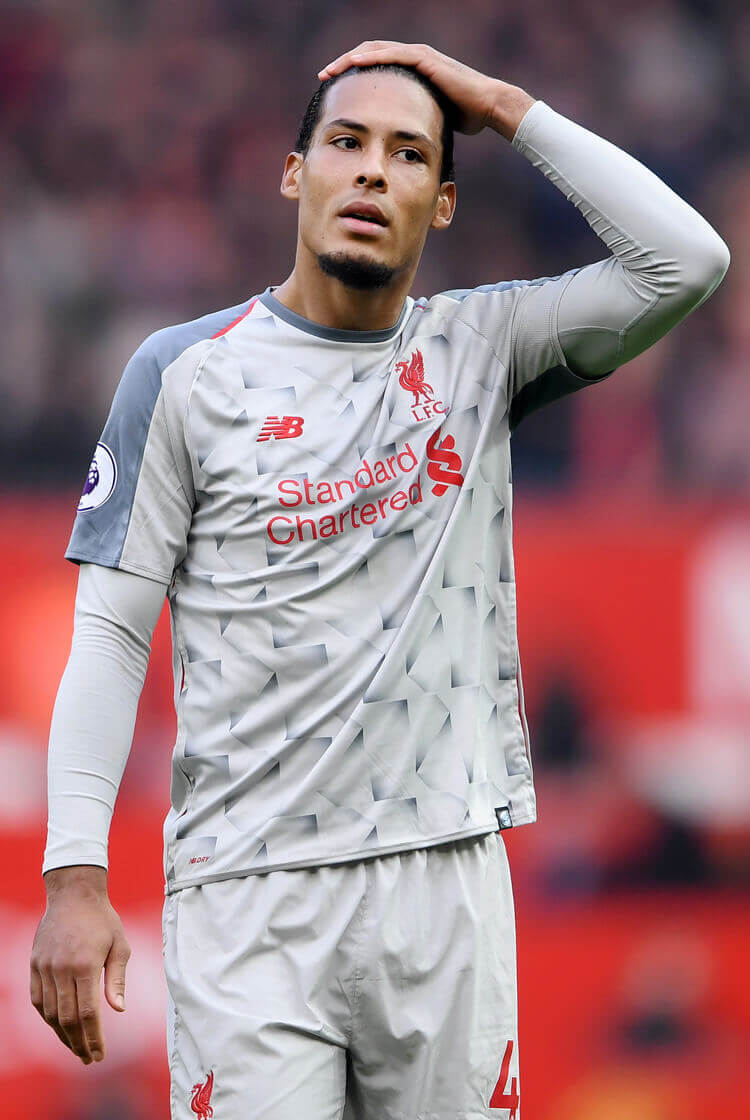 A goalless draw at Old Trafford was enough to take Liverpool back to the top of the Premier League, but Jurgen Klopp and his team may consider it two points dropped. The Reds dominated possession throughout against a Manchester United team forced into making all three permitted substitutions in an injury-ravaged first half, and with a clearly struggling Marcus Rashford forced to stay on for the whole 90 minutes. Chances were few and far between, with Alisson thwarting Jesse Lingard and Liverpool rarely testing David de Gea as they would have hoped. Ole Gunnar Solskjaer will need to patch his team up for the midweek trip to Crystal Palace, while Liverpool need to rediscover their attacking edge when they host Watford on Wednesday. 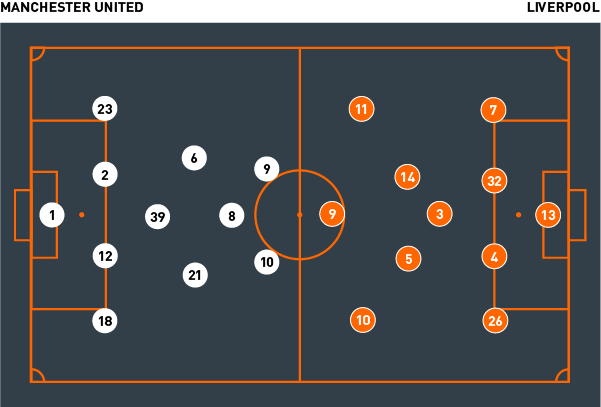 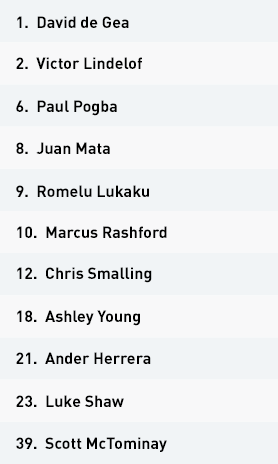 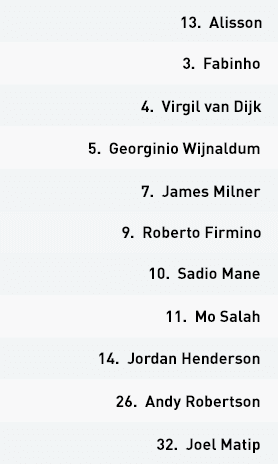 Ole Gunnar Solskjaer set Manchester United up in a 4-4-2 diamond formation. Scott McTominay sat at the base, with Ander Herrera on the right, Paul Pogba on the left and Juan Mata at the tip, playing just behind centre-forwards Marcus Rashford and Romelu Lukaku.

The hosts experienced a hugely disjointed first half as a result of injuries to Herrera, Mata and even substitute Jesse Lingard, and so struggled to impose a plan of any significant consistency in possession. One approach was to play direct from goal-kicks and aim for Pogba, who was up against Jordan Henderson or Fabinho, rather than Lukaku, who would be contesting with Joel Matip or Virgl van Dijk.

They also posed something of a threat on the counter-attack; in moments of transition, they would look to secure the first pass and break at least one line with the next pass, before looking to the likes of Rashford, Pogba and Lukaku to make runs beyond that. This threat was severely nullified as the game wore on, however, with Rashford a lone forward with only limited mobility.

On the occasions when United did attempt to build from the back, Pogba and Herrera positioned themselves in the half-spaces and looked to support their full-backs when Ashley Young or Luke Shaw had evaded the attentions of Sadio Mane and Mo Salah. The full-backs were disciplined in possession, inevitably wary of Liverpool’s counter-attacking potential; as a result, they didn’t find themselves marauding forwards as much as they might normally.

Out of possession, United pressed in the same 4-4-2 diamond in the first half, with Mata man-marking Fabinho where possible. The hosts were generally happy for Matip and Van Dijk to have possession; Lukaku and Rashford would apply moderate pressure on the centre-backs and try to force them out wide. Pogba and Herrera released themselves to press full-backs James Milner and Andy Robertson, at which point Lukaku or Rashford would tuck in to screen Henderson or Wijnaldum in midfield.

McTominay operated between the defensive and midfield units, and would look to pick up the likes of Mane and Roberto Firmino as they dropped in. Pogba and Herrera (later Andreas Pereira) would be responsible for tracking the full-backs if they looked to overlap Salah and Mane to get crosses in – although full-backs Young and especially Shaw were highly adept at blocking crosses and regaining possession in the wide areas.

In the second half, United’s out-of-possession shape became a 4-5-1, with Alexis Sanchez and Lukaku tucking in alongside Pogba, McTominay and Pereira in midfield, and Rashford as a lone forward. This was designed to contain Liverpool as much as possible and prevent any easy passage through – as the final scoreline suggests, it worked.

Jurgen Klopp set Liverpool up in a 4-3-3 formation, with Fabinho, Georginio Wijnaldum and Jordan Henderson as a midfield three behind Sadio Mane, Roberto Firmino and Mo Salah. The Reds dominated possession and tried to exploit the wide areas as frequently as possible. They tended to attack mostly down their right, with full-back James Milner often looking to get beyond Salah and either cross into the area, or take an opponent with him and create space for Salah to cut inside on his left foot.

The visitors often dropped Fabinho deep and occasionally in to the defensive line to push Joel Matip and Virgil van Dijk out wide and increase the depth that Milner and left-back Andy Robertson could provide. A lot of the passes out to Salah and Milner on the right were from deep, usually from Fabinho or sometimes Henderson.

While Liverpool regularly had the ball in advanced areas, they struggled to create anything clear-cut and only managed two shots on target despite having 62 per cent of possession over the 90 minutes. They struggled to find space in behind for Salah and Mane to exploit, and the majority of their crosses were either intercepted or headed clear. In truth, Liverpool appeared to lack alternative ideas in their attempts to try and break through an organised United defence.

Out of possession, the visitors applied a mid-press in a 4-3-3 structure. The central forward – initially Firmino, but occasionally Mane and then Daniel Sturridge when he came on – would screen the pass into McTominay when either Chris Smalling or Victor Lindelof had the ball. Mane and Salah would position themselves between the centre-backs and the full-backs, while Henderson marked Pogba, Wijnaldum marked Herrera and Fabinho stayed with Mata.

The press would be triggered by a pass into Ashley Young or Luke Shaw, at which point the wide attacker on that side would engage; the central forward would also move across, while the wide attacker on the far side would move across to affect the far centre-back, thus leaving the far-side full-back free. If the ball was then switched, the outside central midfielder would leave his direct opponent to go and engage.

In transition, Liverpool looked to counter-press quickly and ensure that United couldn’t build any significant counter-attack. This would often result in either a turnover of possession or a tactical foul, both of which contributed to the game drifting to its seemingly inevitable goalless conclusion.