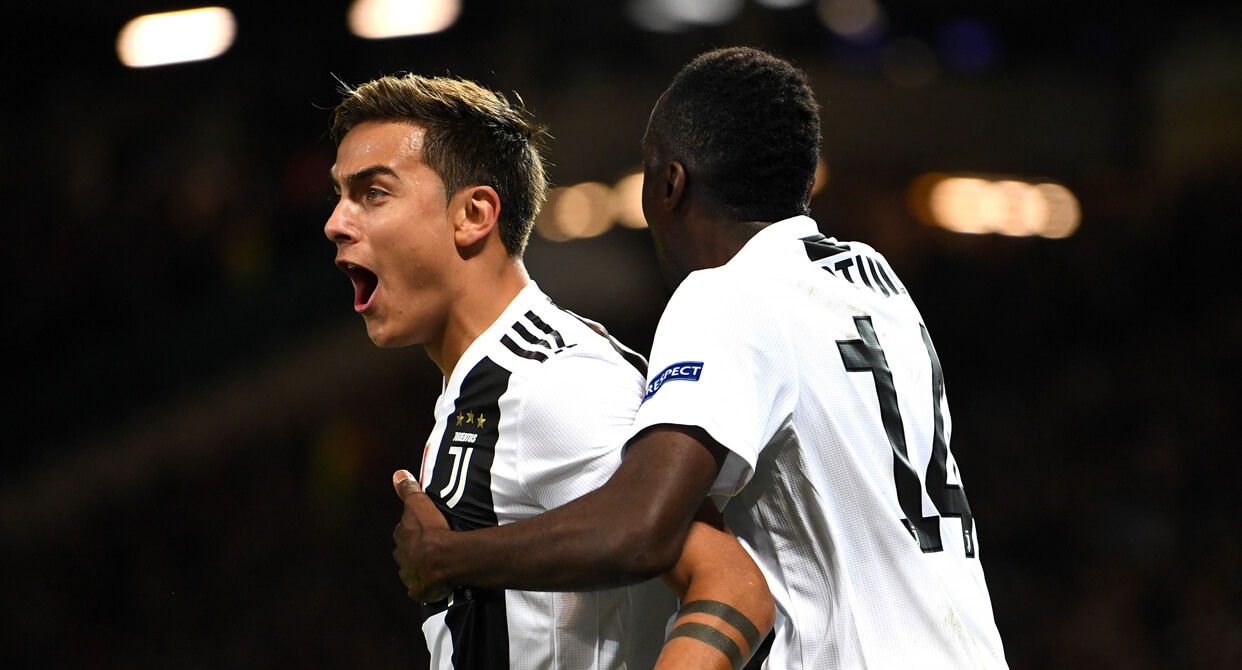 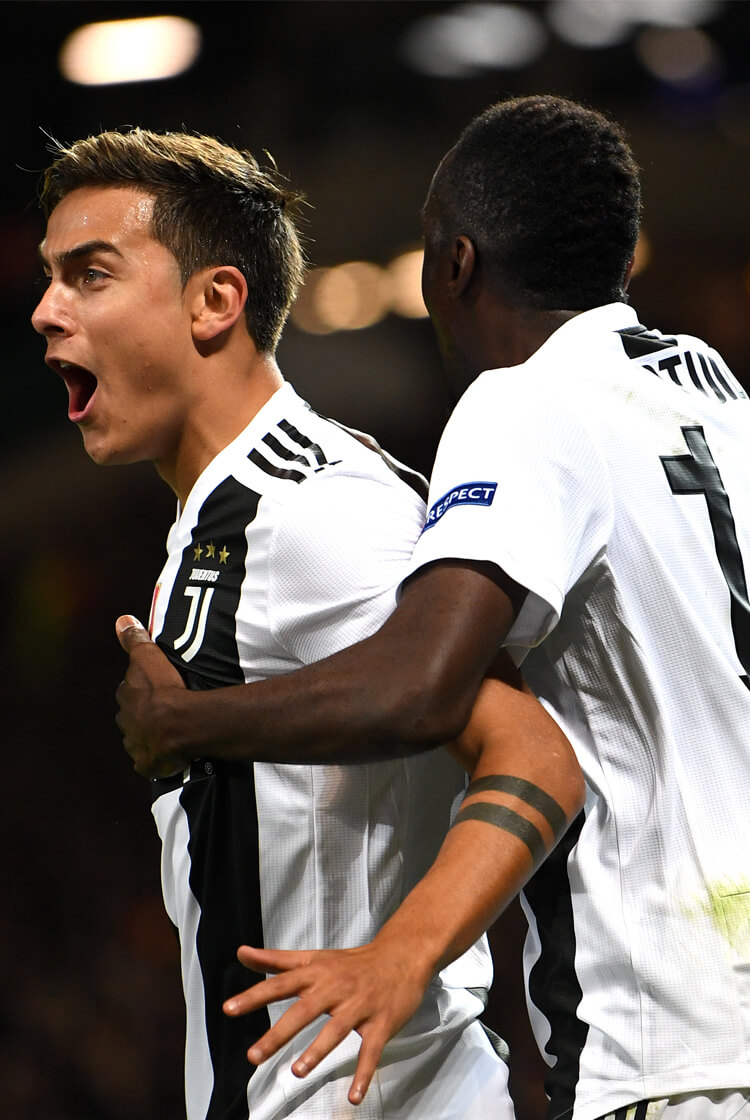 Cristiano Ronaldo made a winning return to Old Trafford, as Juventus outclassed Manchester United to extend their lead at the top of Champions League Group H. Paulo Dybala scored the only goal of the game, stroking the ball home from close range after a cross from Ronaldo had reached his feet in the 17th minute. Jose Mourinho’s players rarely looked like threatening Wojciech Szczesny at the other end of the pitch, again offering little to suggest they could cause problems for Europe’s elite in this season’s competition. But with Valencia dropping two points at Young Boys, United still have qualification for the last 16 in their own hands. 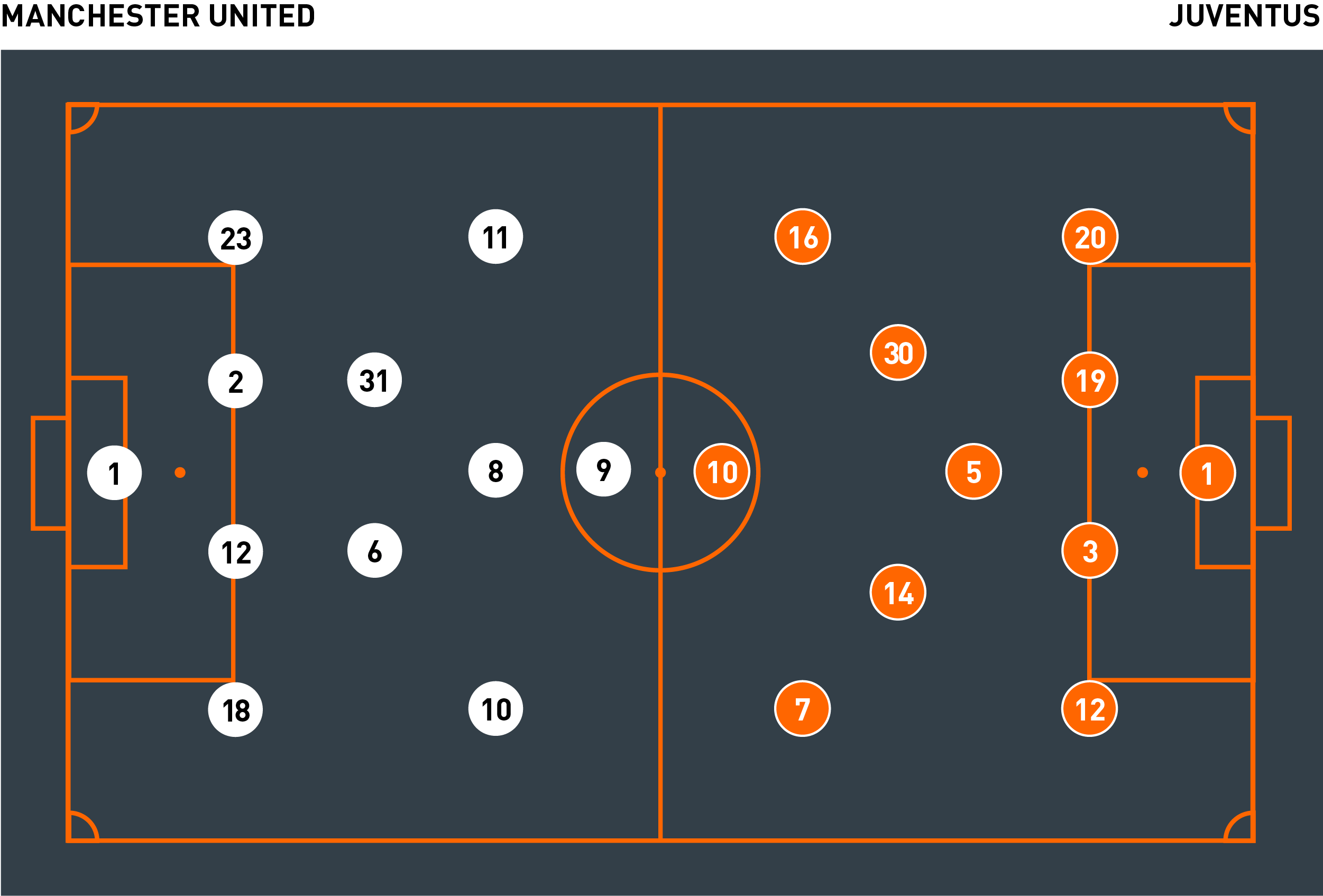 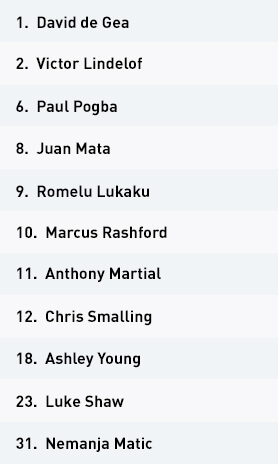 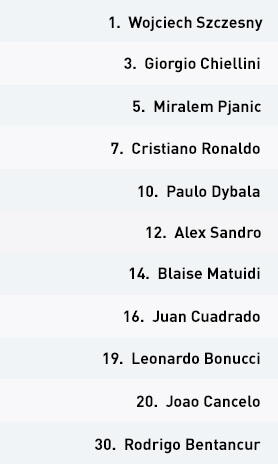 Manchester United set up in a 4-2-3-1 formation, with Paul Pogba and Nemanja Matic as the two deep central midfielders. Juan Mata played in the number 10 role, with support from Marcus Rashford and Anthony Martial out wide, while Romelu Lukaku led the attack.

United had limited time and displayed few ideas on the ball, recording only 41 per cent possession and two shots on target throughout the match. They struggled to break down Juventus’ organised out-of-possession structure, and were forced to try to exploit the wide areas, as there was seemingly no way through the centre.

In trying to advance up the pitch, Mata, Rashford and Martial would drop from higher positions to receive a vertical pass that they could either set back for a teammate to play outside to the full-back, or they would play the ball around the corner to the full-back themselves. This idea rarely allowed for penetration, but it did enable progression further up the field. They tended to focus down the right-hand side for these builds initially, but Juve’s organisation forced them to switch gradually, repeatedly and to little effect.

The home side’s other idea in possession was again to drop players (usually Mata) deeper in positions either side of the visitors’ central midfielders to receive and play forwards, or outside to advancing full-backs or wide attackers. Again, due to the organisation of their opponents, this strategy proved futile.

Out of possession, United switched between a 4-1-4-1 and a 4-4-1-1 system. They would only really press Juve from their goal-kicks or in counter-pressing situations – otherwise, they fell back into a mid-block, trying to make play predictable while making themselves difficult to break down.

The roles of Matic and Mata were the main difference between the 4-4-1-1 and 4-1-4-1 system. When play was nearer the visitors’ goal, Mata would position himself close to Miralem Pjanic to try to prevent Juve from building through him; consequently, Matic would push into the same line as Paul Pogba, Martial and Rashford to form the line of four. If play was nearer to the halfway line or in United’s half, Mata would drop back in to the same line as Pogba to try to keep Pjanic within his sight, as well as preventing passes through. Matic would then position himself between the lines to try to pick up Cristiano Ronaldo or Paulo Dybala when the pair dropped.

The United players looked to track the Juve movements as much as possible – however, this often pulled them into positions that disconnected them from their units and created spaces for their opponents to play through. Matic had a particularly torrid time when picking up Dybala or Ronaldo when they dropped to receive the ball; as they transferred play to a teammate, Matic’s eyes would remain on the ball and the Juve player he had been tracking would make a blindside run into the newly created space he had just vacated.

United were typically good at tracking their runners as they dropped, but were not so effective at tracking them when they dropped and then spun in behind. They began to perform in a less man-oriented fashion in the second half, trying to track their opponents to a point before passing players on to a teammate – this was a better strategy, but players were poor in blocking off passing lanes while tracking and passing on. In terms of their out-of-possession play, this was the standout difference between the two teams.

Juventus set up in a formation that largely went against tradition, but could perhaps best be described as a 4-3-3 given Juan Cuadrado’s position as more of a forward than a midfielder. Miralem Pjanic, Rodrigo Bentancur and Blaise Matuidi formed the midfield three.

Massimiliano Allegri’s team performed with great fluidity in possession, regularly executing positional rotations and interchanges that caused Manchester United several problems. But while the players were adaptable in their own individual areas, there did remain some constants.

Full-backs Alex Sandro and Joao Cancelo would always provide the width, while Pjanic would stay as the deepest midfielder. Matuidi occupied the left half-space but drifted centrally, occasionally taking up attacking positions; Bentancur would generally play in the right half-space, occupying a false full-back position but offering penetrative runs beyond the hosts’ midfield and defence. In attack, Paulo Dybala was free to roam anywhere, while Cristiano Ronaldo would often drop deep, drifting left and right in attacking positions. Cuadrado would play as a central attacker, operating in the right half-space further up the pitch, or simply as an out-and-out right winger.

Within these general positions, there would be several rotations. Juve tended to target the right-hand side – in particular the space between Victor Lindelof and Luke Shaw. They would use dropping movements to pull Shaw out of position, and one of the players who had either dropped deep earlier or was positioned deep would make a late run into the newly created space, looking to cut the ball back to the penalty spot or deliver a low cross. This was seen for Dybala’s winning goal, but also the majority of the chances they created throughout the game.

Out of possession, Juve operated in a 4-4-2 structure, with Ronaldo and Dybala leading the line, Cuadrado on the right side of a midfield four, Matuidi on the left, and Pjanic and Bentancur in the centre.

The organisation in this structure was outstanding. When the ball stayed central, the midfield would become extremely compact to force the play out wide. The Juve players were not too concerned by the movement of their opponents, but were very clear on positioning themselves down the line of the ball to prevent any central penetration. They would pass any United players from their zone on to a teammate, should they drift that far, to avoid leaving gaps that could be played through.

When the ball went wide, three players would always become immediately involved. On the left side, Matuidi would typically press, regardless of how deep the possession was, while Pjanic would cover inside but slightly ahead of the Frenchman to stop the ball from being played into an inside space. Alex Sandro also operated inside, but deeper than Matuidi; this formed a triangle designed to prevent any inward play while also providing cover for Matuidi, should he be beaten.

On the opposite side, Cancelo, Bentancur and Cuadrado would provide the same security, with the latter being nearest to the man on the ball. This structure also allowed for Chiellini, Bonucci and the far-side full-back to defend the box should a cross come in. Dybala would often drop in to help out, too.

The co-ordination and discipline of this Juve side out of possession made it very difficult for United to break through. Given the fluidity of their attacking play, transition could potentially have been an issue – the strategy here was to initiate an immediate intense counter-press that protected the central areas before quickly dropping back into their block if they needed to.