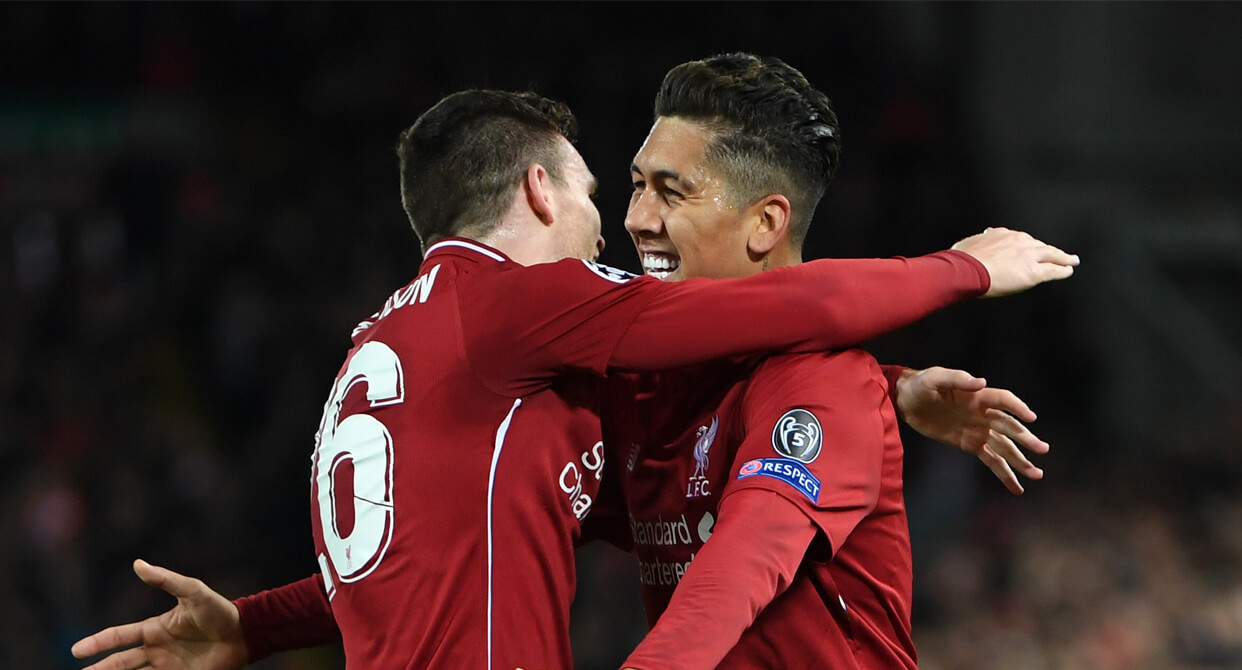 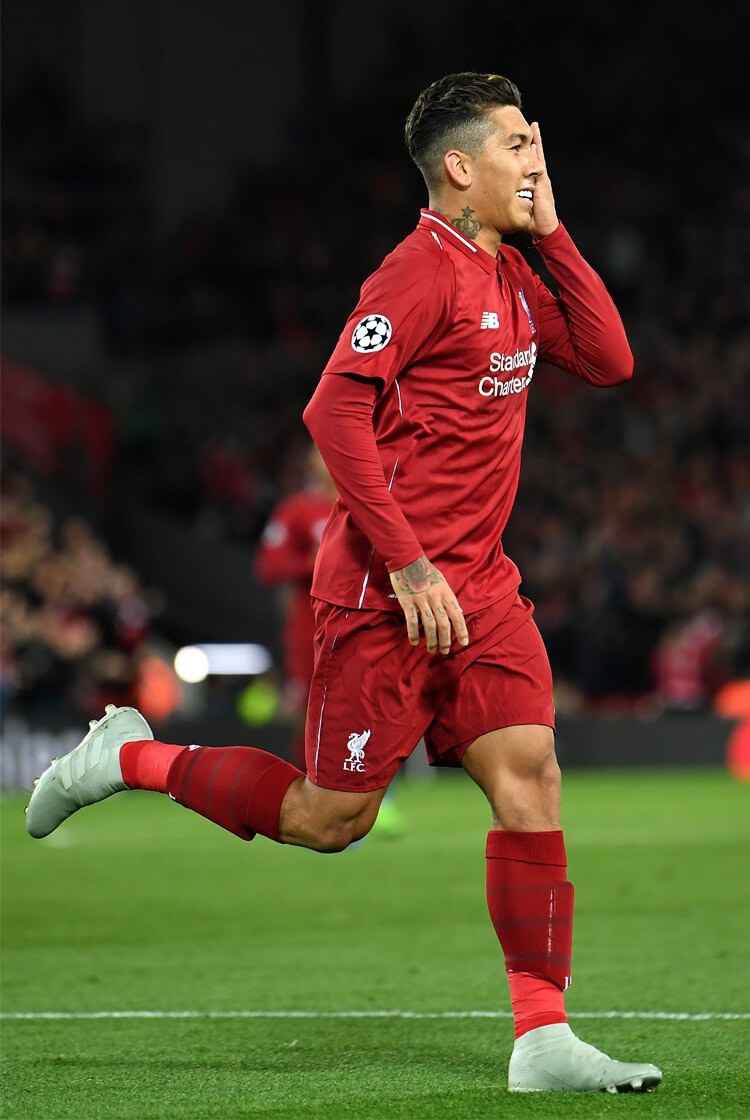 Liverpool eased to a comfortable victory over Red Star Belgrade at Anfield in Champions League Group C, with Roberto Firmino, Mo Salah and Sadio Mane all getting on the scoresheet. Firmino sent home an Andy Robertson cross in the 20th minute, before Salah netted either side of the half-time whistle to reach a half-century of goals for the Merseyside outfit in all competitions. Mane completed the rout late on, making amends for having moments earlier failed to convert from the penalty spot after Salah had been replaced. With Napoli drawing at home to Paris Saint-Germain, the Reds have moved to the top of their group, one point ahead of the Italian side. 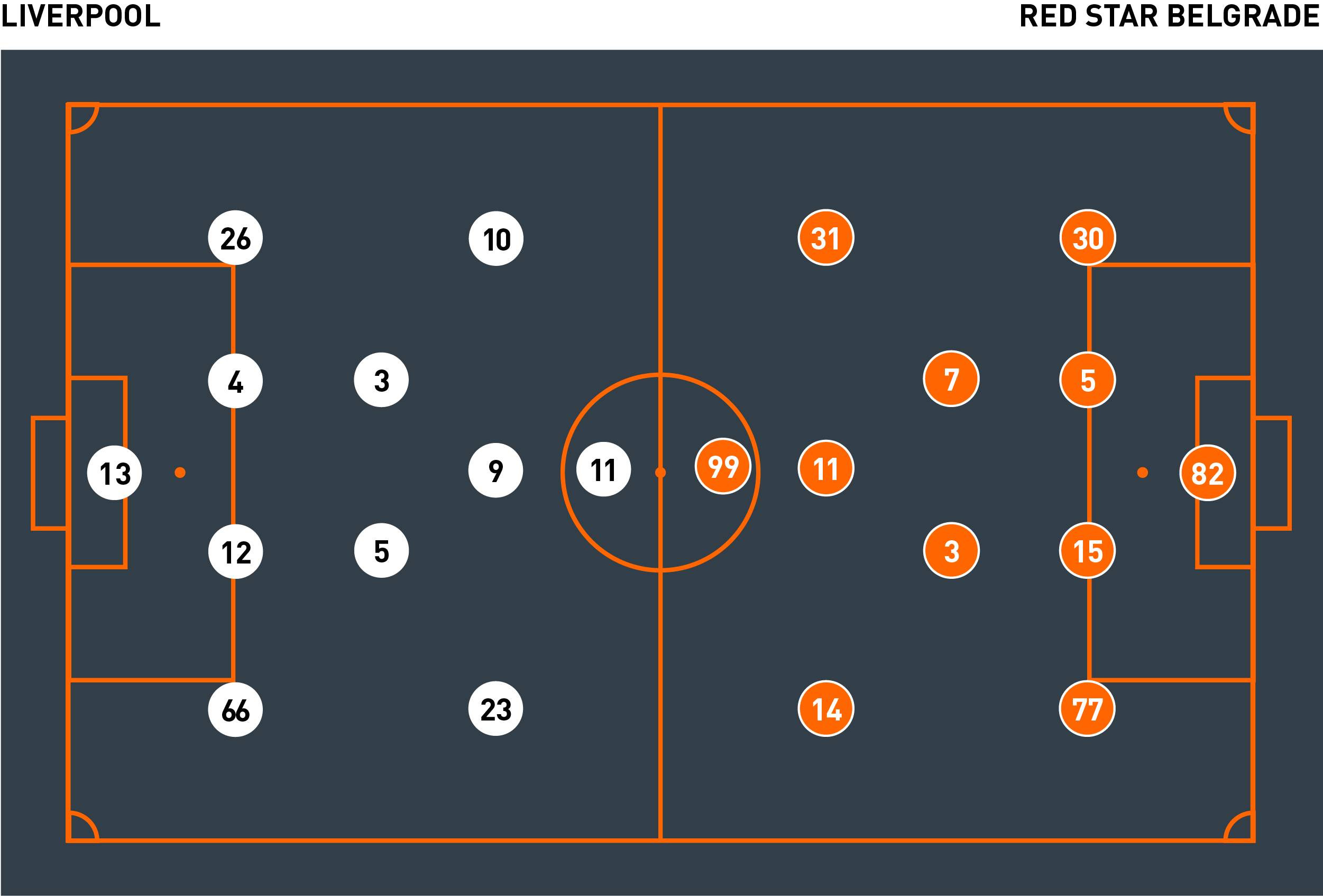 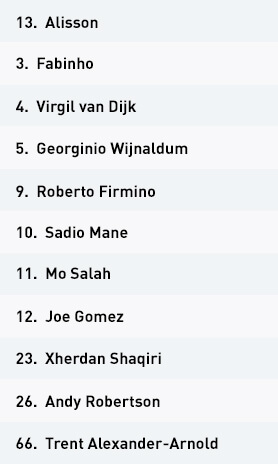 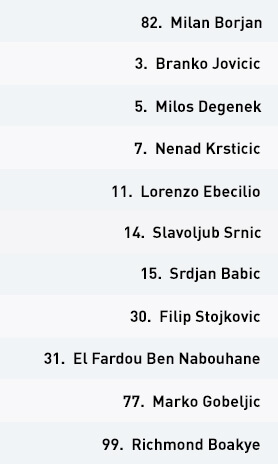 Liverpool set up in a 4-2-3-1 shape, with Fabinho and Georginio Wijnaldum as the deep central midfielders. Xherdan Shaqiri, Roberto Firmino and Sadio Mane supported Mo Salah in attack.

The role of Fabinho and Wijnaldum was to provide security and take up positions that allowed for further attacking movement ahead of the ball. Fabinho would regularly take on a false full-back or false centre-back position so Andy Robertson or Trent Alexander-Arnold could push up on their respective side. With the full-backs pushing up, Shaqiri, Mane and Firmino could play inside with Salah, and all could then attack the box at the same time, should a cross come in from wide. This was evident for the opening goal, scored by Firmino.

During the build-up phases in the opposition half, the front four tended to play on different vertical and horizontal lines – this made it difficult for them to be marked within a compact defensive structure, and also opened up the possibility for combinations around the Red Star defence. The security of Fabinho and Wijnaldum in midfield allowed the attacking quartet to play with a certain level of creative freedom, culminating in several chances being created for one another.

Liverpool remained in their 4-2-3-1 shape out of possession, and would press their opponents high when possible. Salah was tasked with keeping the play out to one side, following down the line of the ball as it travelled out and doubling up with the wide attacker who was on that side at the time.

The Reds spent occasions in the first half in a mid-block phase, where they would allow the opposition centre-backs to have possession and simply prevent any play through the middle – this was most likely executed to limit the intensity of the high press, thereby preserving energy. On these occasions, the shape would remain a 4-2-3-1, but the distances between individuals and units would be closer due to the reduced space now available.

When Red Star adapted to this by positioning an extra man in their deepest line to create space elsewhere for the build-up, Liverpool also adapted. In a simple manner, they made sure that when the play went out to one side of the pitch, Salah’s body shape prevented the pass into the new man in the deep line, effectively nullifying the tactical tweak. With this, the visitors also now had one less player further up the pitch.

Liverpool’s counter-press, which was immediate and intense, was another point of note. The players positioned ahead of the ball when possession was lost would press immediately from behind, while the players behind the ball would either go and engage if they were close enough, or drop off to protect the more dangerous spaces as their teammates recovered and counter-pressed from behind.

Red Star set up in a loose 4-2-3-1 formation, with Richmond Boakye leading the line and Nenad Krsticic and Branko Jovicic as the two deep-lying central midfielders.

In possession, they tried to play out from the back and through midfield; however, they struggled to deal with Liverpool’s press and tended to make two or three short passes in their defensive third before playing a long ball towards Boakye. This was invariably dealt with by centre-backs Virgil van Dijk and Joe Gomez.

In an attempt to combat this, Jovicic dropped in between the two centre-backs, Milos Degenek and Srdjan Babic, to push them wide. This in turn pushed the full-backs higher to bring an extra man into the first line of the build-up. Liverpool adapted to this fairly easily, however, and their high press continued to succeed.

When the hosts were in their mid-block, this strategy of creating an extra man in defence was slightly more effective. It allowed a centre-back to drive out with the ball and commit a Liverpool player from the second line towards him, as Mo Salah couldn’t deal with all three centre-backs at once. In drawing out a player from the next line, they could then play a pass inside to an attacking player, or outside to the full-back on that side.

Despite these small victories, there was little to no productivity or creativity in the middle or attacking thirds. With zero shots on target over the 90 minutes, the visitors’ in-possession strategy ultimately proved ineffective.

Out of possession, Red Star chopped and changed between four structures: 4-4-2, 4-4-1-1, 4-1-4-1 and 4-5-1. Lorenzo Ebecilio would occasionally join Boakye in the front of the block – especially when they were pressing Liverpool high, which they did in the initial stages of the game and always from goal-kicks.

When goalkeeper Alisson had possession, Boakye and Ebecilio would mark Van Dijk and Gomez, while the four midfielders would tuck in to create a compact unit across the middle. An additional player would sometimes join to press with Boakye and Ebecilio; he would mark Fabinho, who tended to operate in the deep-lying midfield position. They tried to force Liverpool out wide when pressing, and then pack the area with bodies to regain possession. When they didn’t press high, a mid-block would be formed, with the intention of keeping their opponents either outside or in front of them.

As the Liverpool attackers would regularly drop, Red Star decided they would track them as they ran deep and remain touch-tight to prevent them from turning. With this, those around the player who had dropped would need to be conscious of covering the space that had been vacated to prevent an up-back-through combination. However the visitors defended, though, made little difference – they were largely outclassed on the night and will do well to avoid another similar result in the reverse fixture.