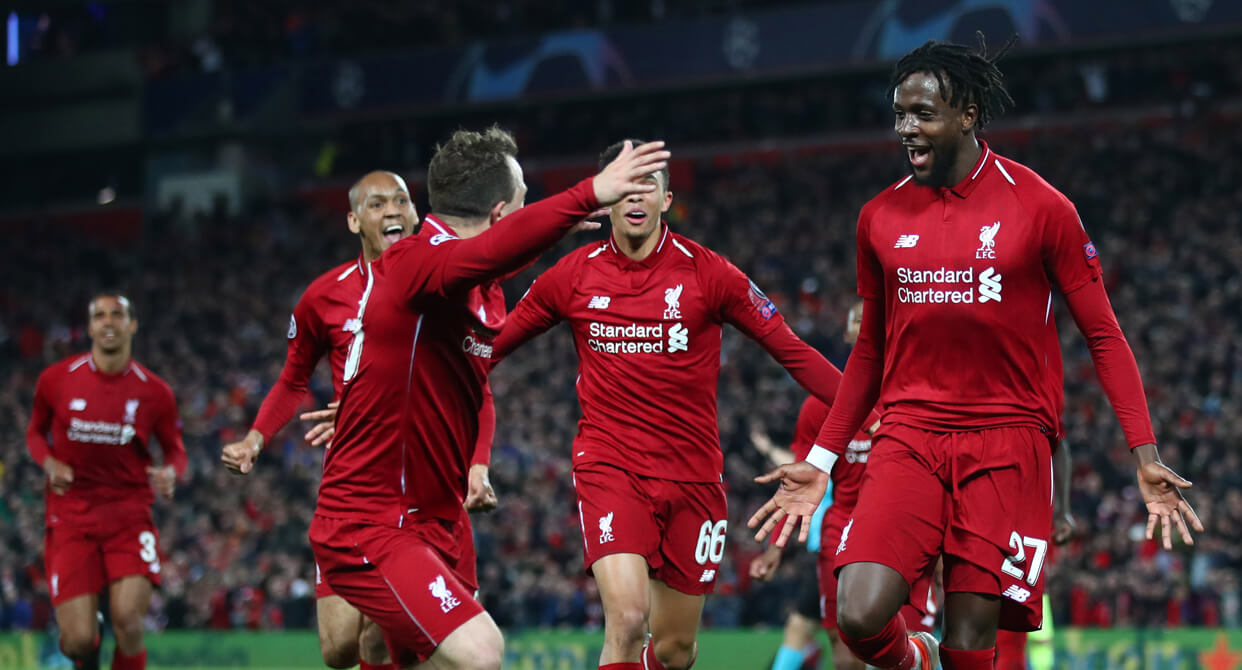 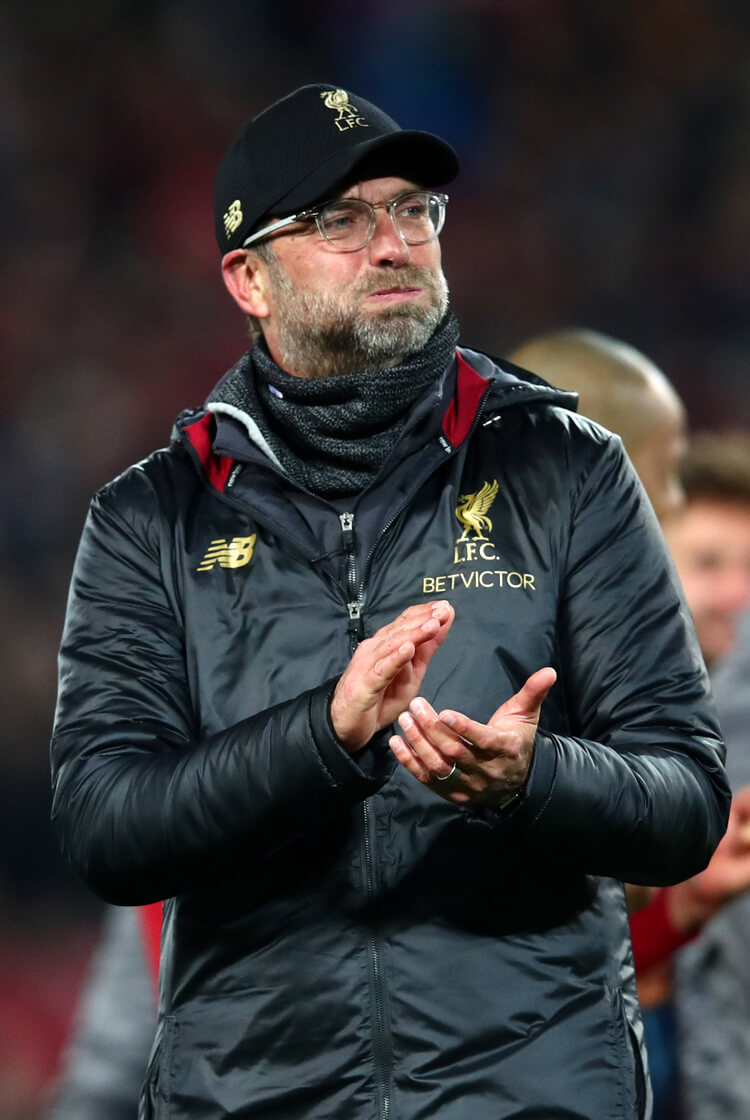 Liverpool appear to have taken the meaning of the phrase ‘big European night at Anfield’ to a new level with a dramatic and emotional victory over Barcelona that saw them into a second straight Champions League final. Jurgen Klopp and his team started the night with a three-goal deficit from the first leg at the Camp Nou, and missing both Roberto Firmino and Mo Salah – but a partisan home crowd contributed to a fever-pitch atmosphere that appeared to unsettle Barca from the off. Divock Origi opened the scoring as early as the seventh minute, tapping home after Marc-André ter Stegen could only parry a Jordan Henderson effort, but at half-time Liverpool still had plenty of work to do. A quickfire double from substitute Georginio Wijnaldum, who had only come on to replace the injured Andy Robertson, drew the scores level on aggregate; and with the visitors reeling, Trent Alexander-Arnold played in a cute early ball from a corner to find Origi blissfully unmarked at the near post. The Belgian swept home his finish, and Liverpool duly hung on to claim their unlikely place in Madrid on June 1. 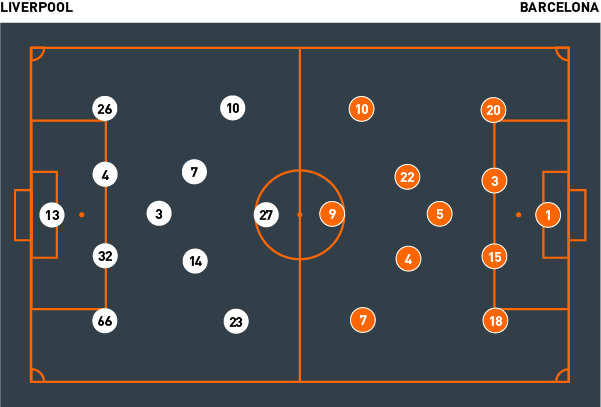 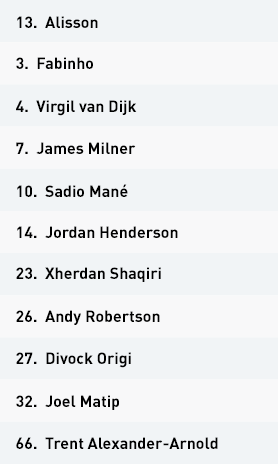 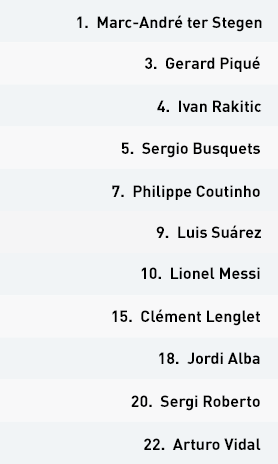 Jurgen Klopp set Liverpool up in a 4-3-3 formation, with Fabinho, James Milner and Jordan Henderson as a midfield trio behind the front three of Xherdan Shaqiri, Divock Origi and Sadio Mane. Given the state of the game, the hosts set out with a highly attacking mindset and began the game on the front foot.

They looked to stretch Barcelona early by sending long balls from deep areas into the channel between Gerard Pique and Sergi Roberto for Mane to chase. This ball would be the trigger for Andy Robertson to support out wide from left-back, and for Origi, Shaqiri and Henderson to move towards the box in order to get on the end of a cross.

During their build-up, Liverpool tried to advance in wide areas through rotation and overloads against Barcelona’s 4-4-2 structure. Milner and Henderson would drop into false full-back positions while centre-backs Joel Matip and Virgil van Dijk played passes between themselves. This would allow Trent Alexander-Arnold and Robertson to push higher, which would trigger Mane and Shaqiri to move inside. The success for Liverpool in these situations came when Arturo Vidal and Philippe Coutinho pressed the false full-backs, leaving the Barcelona full-backs isolated against the Liverpool full-back and wide attacker.

The hosts also managed to play through single pivot Fabinho on several occasions, as neither Lionel Messi nor Luis Suarez offered any significant help in Barcelona’s defensive phases. When drawing the Barca block over to one side of the pitch, another strategy was to then use long diagonal passes to the far side to find the combinations of Shaqiri/Alexander-Arnold or Mane/Robertson in advanced positions.

In the second half, Milner moved to left-back to replace the injured Robertson, with Georginio Wijnaldum moving into midfield and taking on the role of running into the box as the ball travelled out wide. With Barcelona clearly struggling to defend their own box, Liverpool continued trying to attack in the wide areas. It came as no major surprise that three of their four goals – including Wijnaldum’s quickfire brace early in the second half and Origi’s late winner – came directly from wide play.


Out of possession, Liverpool looked to operate in a 4-3-3 with a very high and aggressive press whenever Barcelona tried to play out. Generally, Mane and Shaqiri would look to press centre-backs Gerard Pique and Clement Lenglet. This left the Barcelona full-backs as a consistent out ball, but Liverpool would look to press them based on whoever was closest. If Mane and Shaqiri had been bypassed, then Henderson or Milner could move out to engage and try to screen the man they had left. They preferred to send their own full-backs out to press, however, with the centre-backs tucking round to cover Messi or Coutinho depending on which side Barca were attacking. This approach relied on Alexander-Arnold and Robertson being on the front foot to close down their opposite full-backs quickly enough to properly affect them.

On the occasions when Liverpool had started deeper or simply needed to rest from their high-intensity press, they formed a 4-5-1 mid-block with Mane and Shaqiri tucking in alongside Henderson, Fabinho and Milner. In this phase, Liverpool would allow Pique and Lenglet to have the ball but would try to screen the full-backs and force play inside, where they had strong numbers and would be able to initiate their energetic press.

In transition, Liverpool looked to initiate an immediate counter-press by flooding the man on the ball. This strategy led to the turnover on Liverpool’s right that set up the attack for their second goal.

The hosts also looked to flood players around Messi whenever he received the ball to play forward in the Liverpool half; there were several occasions when the little Argentinian tried to run directly towards goal but found himself crowded out and ultimately struggled to create anything significant. Liverpool were also street-smart in these situations, and happy to concede the occasional foul if the situation was looking dangerous.

Ernesto Valverde set Barcelona up in a 4-3-3 formation, with Sergio Busquets, Arturo Vidal and Ivan Rakitic as a midfield three behind a front line of Lionel Messi and two former Liverpool players in Philippe Coutinho and Luis Suarez. The visitors had difficulty playing through their opponents due to the intensity of the press, and were regularly rushed into playing inaccurate passes that encouraged further pressure.

Instead, Barcelona had to look to switches to try to create gaps through which they could play, but the ball speed was regularly too slow and Liverpool were able to adjust. They started using Messi to drop into deeper positions in midfield, both to create overloads and facilitate switches of play. The playmaker was able to drop into these areas without being tracked because full-backs Jordi Alba and Sergi Roberto would push up and play like wingers; Coutinho and Suarez moved in to play like centre-forwards, which helped to pin the Liverpool back four and create space for Messi to drop in and join the midfielders in a four-on-three against Fabinho, Jordan Henderson and James Milner.

This shortened the passing distance during switches, but also allowed the ball to be moved more quickly. A short sideways pass in central areas would be the trigger for a penetrative run from a Barcelona full-back, usually Alba, to try to exploit the space behind the Liverpool defensive line. However, the Liverpool defence were intelligent in reading the danger and would drop accordingly.

Barcelona tried to exploit wide areas as much as possible due to the central congestion, and would consistently look towards the spaces behind Robertson and Alexander-Arnold. They tried to create these spaces by enticing the Liverpool full-backs into pressing and then using rotation to move into the space left behind. An example of this was Suarez drifting wide left and receiving a pass from Alba; this would encourage Alexander-Arnold to press the forward, while Henderson would move out to press Alba; this in turn allowed for a blindside run from Rakitic, who could then receive in behind and look to cross. Here is where Barca attacks regularly broke down, however, with the Liverpool centre-backs dominating in the air in their defensive third.

Out of possession, Barcelona operated in a 4-4-2 structure, with Coutinho dropping in on the left side of midfield and Vidal shifting over to the right. The visitors mostly operated in a mid-block but didn’t cause much disruption to Liverpool’s build, applying very little pressure from the front and allowing Fabinho to receive facing forward on numerous occasions. The knock-on effect of this was that a player from the second line had to release himself to come and press Fabinho, which in turn created another gap for Liverpool to play through.

The only time Barcelona really looked to press Liverpool aggressively was from goal-kicks, where they would set up in a 4-3-3. In this structure, Messi, Suarez and Coutinho would set themselves up to press van Dijk, Matip and Alisson while screening balls into the full-backs, which often forced Alisson into clipping long passes forwards.

The visitors had difficulty in defending wide areas in the early phases of Liverpool’s build-up, struggling with the rotation between the midfielders, full-backs and wide attackers. They also struggled to defend the box from crosses and were guilty of watching the ball and not the man. This allowed Liverpool’s players to find spaces to attack the ball – most notably Georginio Wijnaldum, who came off the bench to score two of Liverpool’s four goals on the night.