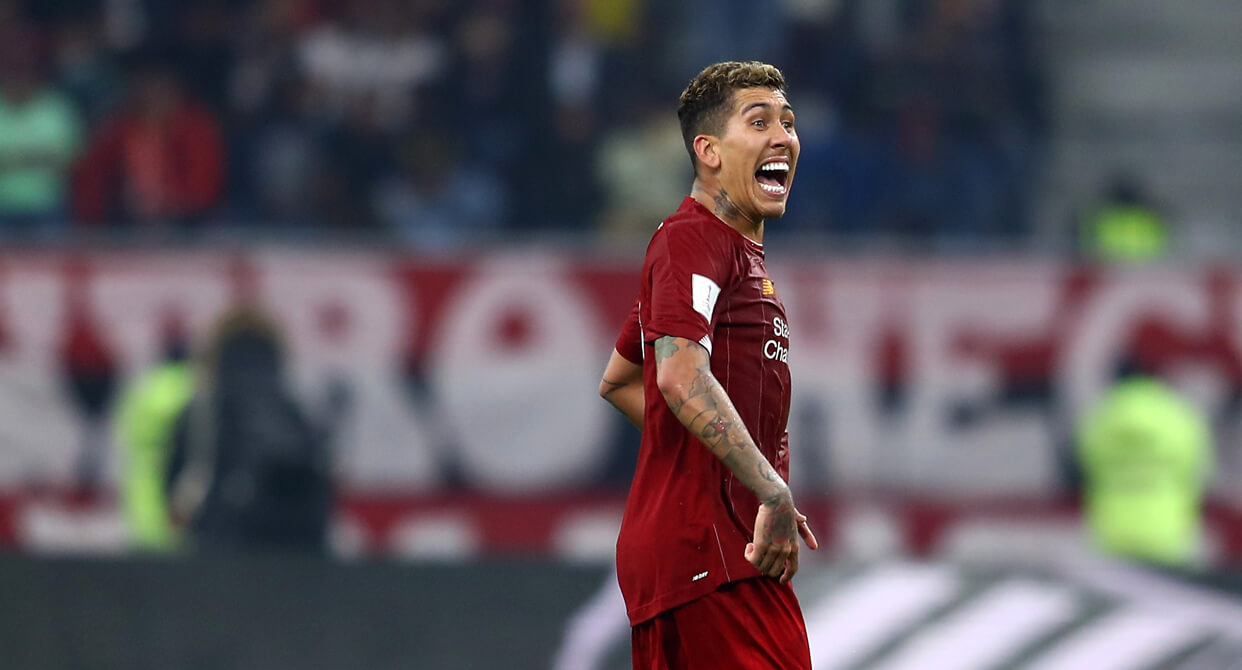 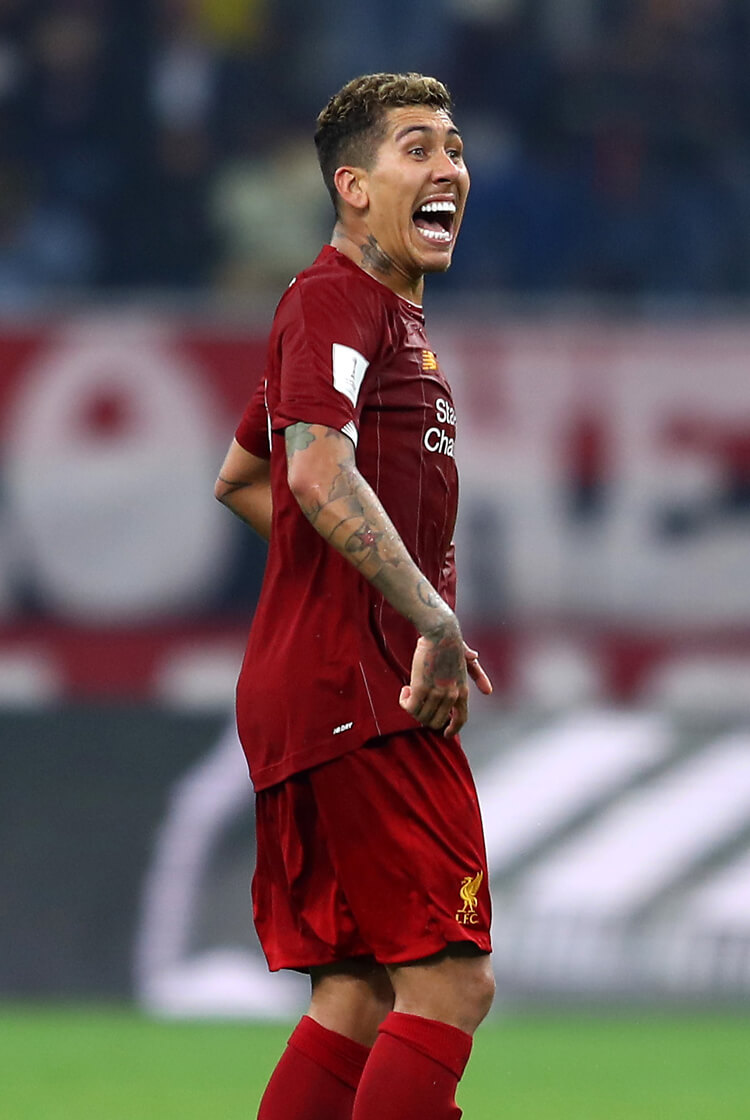 Six-time European champions Liverpool became club world champions for the first time in their history with a hard-fought 1-0 win over Copa Libertadores champions Flamengo in Qatar. Some 38 years after falling 3-0 to the same opponents in the then Intercontinental Cup, the Reds exacted revenge in an entertaining if low-scoring contest. Both Roberto Firmino and Naby Keita blazed over in the first five minutes, with Liverpool's Brazilian forward hitting the post with another excellent chance early in the second half. Flamengo enjoyed the majority of possession, with central striker Gabriel Barbosa and wide attacker Bruno Henrique both testing Alisson in the Liverpool goal – but Firmino almost inevitably had the final say in extra-time, keeping his composure to finish after Jordan Henderson and Sadio Mané had combined on a fast counter-attack. In victory, Jurgen Klopp and his team become the first English team to lift this particular trophy since Manchester United defeated LDU Quito of Ecuador in 2008. 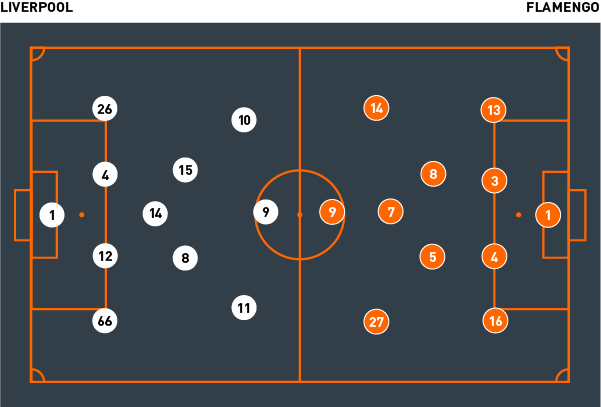 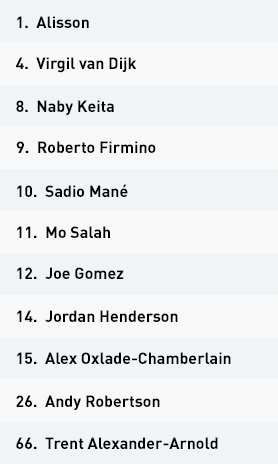 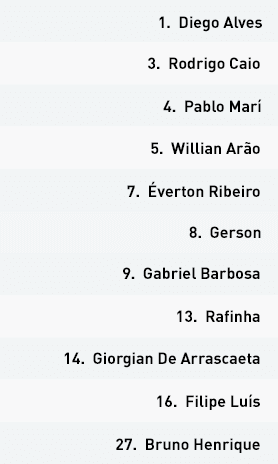 Jurgen Klopp set Liverpool up in their usual 4-3-3 formation, with Roberto Firmino starting between Sadio Mané and Mo Salah in the now familiar front three. The Brazilian forward was slipped in behind the Flamengo defence within the first 40 seconds, but blazed over – while Naby Keita, starting in front of single pivot Jordan Henderson on the right of a midfield three, did the same only moments later.

With the Reds not taking advantage of their early chances, they allowed Flamengo to build and attack around the sides of Liverpool’s 4-3-3 block, which alternated between high pressure and a mid-block. Liverpool’s aggressive pressure, and ability to quickly regain possession, helped hinder Flamengo’s ability to build – but once the Brazilians switched from their initial 4-2-3-1 formation to a 3-5-2 shape, they were better able to play over and around the Liverpool full-backs. Trent Alexander-Arnold and Andy Robertson duly reduced the intensity of their press, but this enabled Flamengo to easier maintain possession and build around Liverpool’s first line of pressure.

The Reds soon adapted their own build, as centre-backs Virgil van Dijk and Joe Gomez looked to step into midfield, around the sides of aptly named number 10 Everton Ribeiro. Firmino would also drop into midfield to help overload the now deeper Flamengo double pivot, with Salah and Mané moving inside to attack the spaces in the channels. Firmino’s dropping also gave licence for Alex Oxlade-Chamberlain and Keita to step forward between the lines, but the attacking connections lacked menace and quality.


Firmino had another big chance to put Liverpool ahead in the opening moments of the second period, hitting the post after a high Liverpool regain. Trent Alexander-Arnold’s cross was nearly turned home by Salah, with Liverpool’s direct passing style exploiting the spaces beyond Flamengo’s 4-4-2 defensive shape.

During prolonged spells of possession, Henderson dropped deeper to create a temporary back three against Flamengo’s two central forwards, giving Liverpool a period of extra defensive cover should they lose possession. From here, the width from the full-backs stretched Flamengo’s midfield unit, allowing for splitting access from their now wider centre-backs into the increasingly fluid Liverpool front line.

Although the right-sided link-ups between a wide Alexander-Arnold, central Salah and late-running Keita through the inside channel showed glimpses of threat towards the end of normal time, Liverpool couldn’t find a late winner, with Henderson’s effort from long range coming closest. The captain was at the heart of the extra-time move that led to the winning goal, however, setting Mané clear on the break to square for Firmino. The Brazilian finally took his chance, as Liverpool secured a second trophy of the season to follow up their Super Cup win over Chelsea in August.

Liverpool should have taken the lead on the back of two quick breaks within the first five minutes, but once Flamengo established a settled period of possession – and dropped into a more reserved mid-block when defending – they were able to build from their initial 4-2-3-1 shape. Willian Arão dropped from the double pivot in midfield, splitting the two centre-backs Rodrigo Caio and Pablo Marí. Full-backs Rafinha and Filipe Luís pushed high into the next line, while narrow wingers maintained the central midfield threesome alongside Gerson; Everton and Gabriel led the line in what was effectively a 3-5-2 formation, with various rotations as to who formed the central-midfield triangle and who made up the front two.

As the Liverpool full-backs limited their pressing and the central midfielders competed in the central lane, Flamengo struggled to gain access into their forwards. There was a notable absence of attacking spaces for the Brazilians, with Jurgen Klopp’s men more than happy to defend and cover from their mid-block, then look to threaten after any regain of possession.

Higher pressure from Flamengo in the second half, after a strong Liverpool start to the period, resulted in some chances – but Reds goalkeeper Alisson remained equal to anything on target. As the Liverpool full-backs again started to push higher in wide areas, Flamengo tried to take advantage by transitioning through the spaces they left behind. This meant them reverting more to their initial 4-2-3-1 shape, with the trio behind Gabriel rotating regularly – left winger Bruno Henrique spent a good deal more time in the number 10 position in the second half. The Brazilians made good initial progress in this way, but with the two central midfielders and full-backs rarely venturing forward they often lacked numbers in support of the front four.

Having fallen behind to Roberto Firmino’s strike in the first half of extra-time, Flamengo tried to maintain their attacking width but looked to a more direct approach in the final third. They sent in multiple crosses from different angles, but the Liverpool defence dealt with these balls with relative ease and always looked capable of adding a second on the counter-attack.