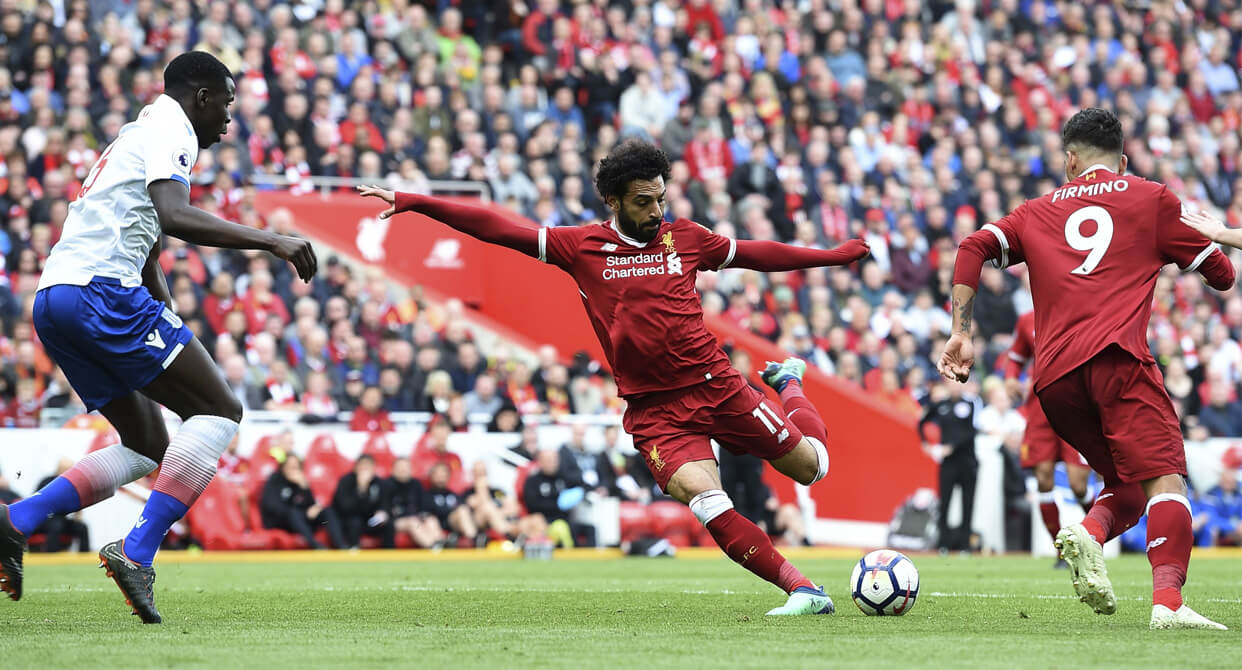 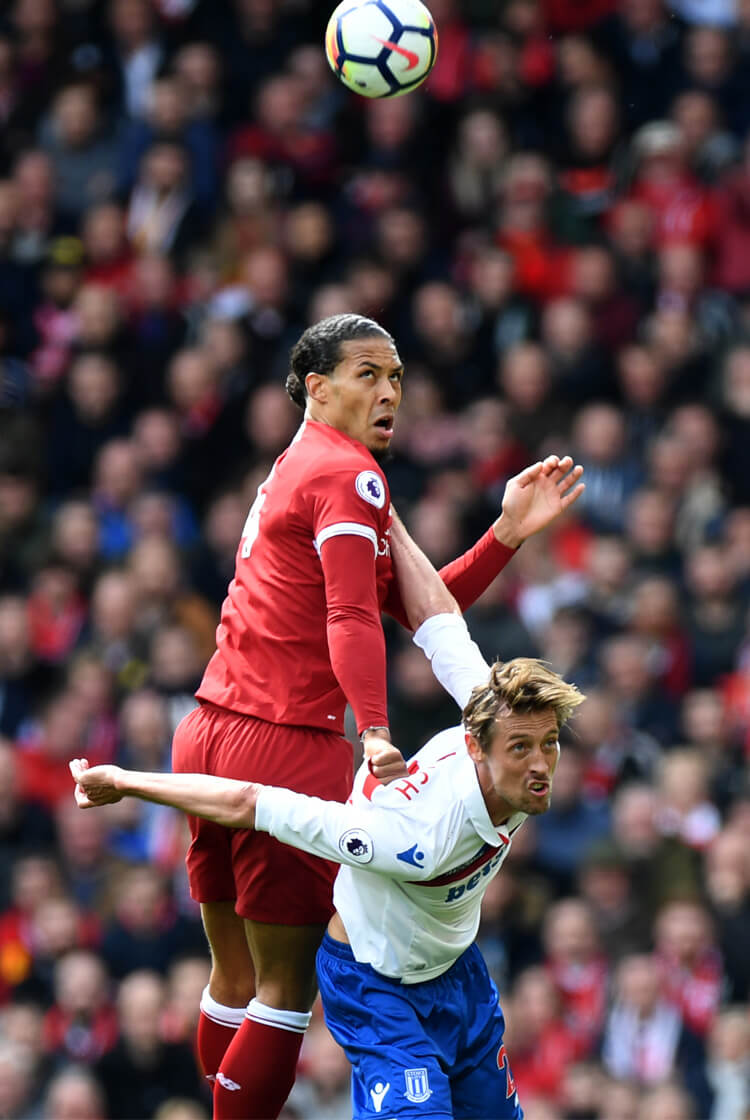 Liverpool failed to break down a stubborn Stoke City in this attritional goalless draw at Anfield. Returning to Premier League action after their 5-2 drubbing of Roma in the Champions League, the Reds' attacking prowess was nowhere to be seen, as the Potters showed spirit in their battle against relegation. It may prove too little, too late for Paul Lambert's team, while Jurgen Klopp and his players will be frustrated at not strengthening their grip on a spot in the top four – particularly with a trip to Chelsea up next. Here, our professional coaches analyse the tactics and key moments from the game. 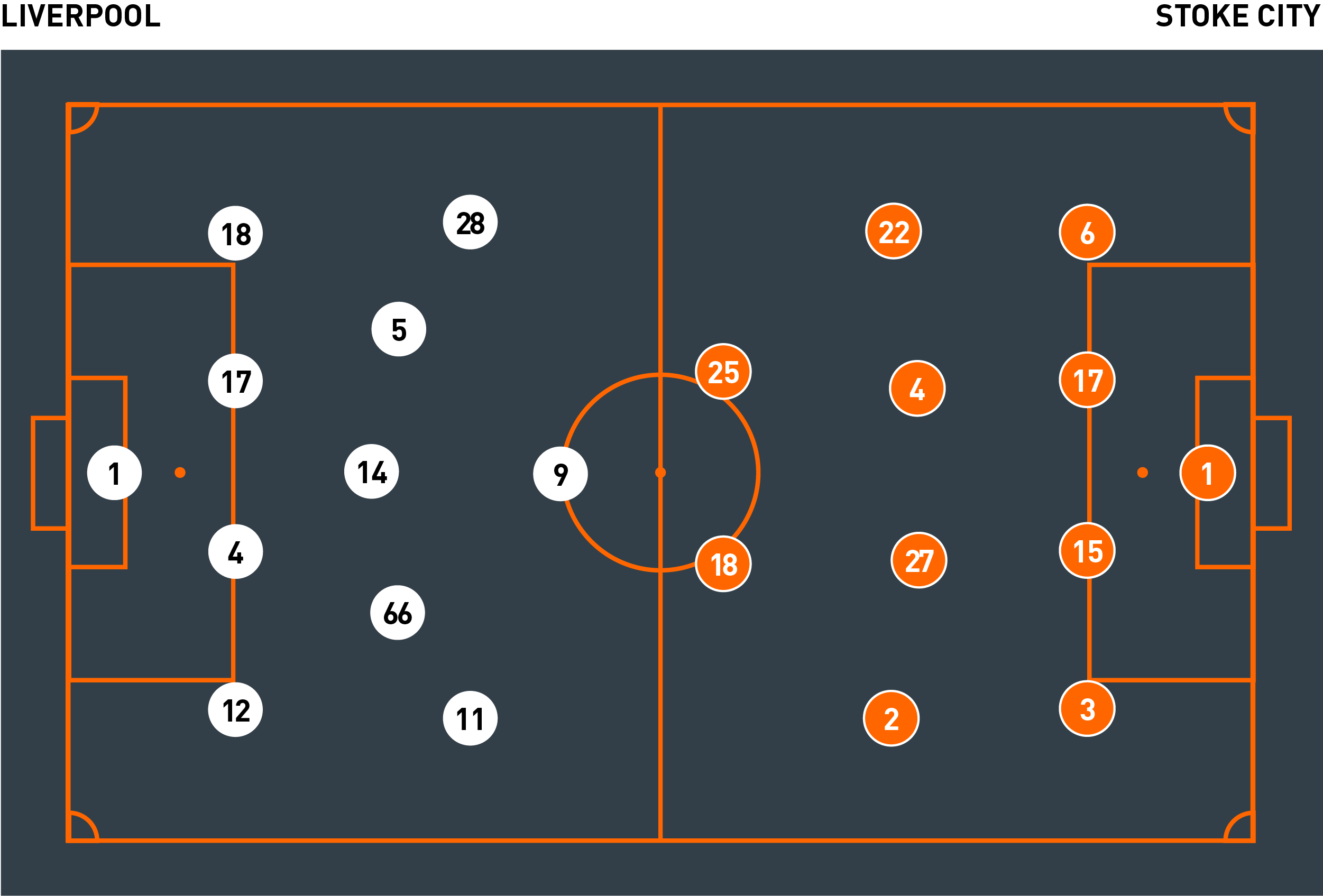 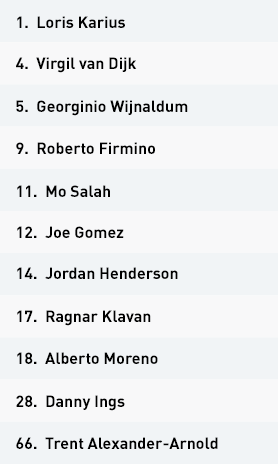 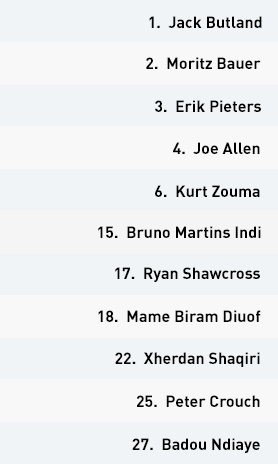 Liverpool began in a 4-3-3 structure. Trent Alexander-Arnold played in an unfamiliar central midfield role, as Jurgen Klopp made six changes from the team that had beaten Roma in the Champions League midweek.

From the start, the home side dominated the ball by building from deep, looking to stretch the distances between Stoke City’s two compact blocks of four. Mo Salah drifted inside from the right, with Danny Ings on the left similarly moving into a central position. Roberto Firmino remained central, but moved very short to accompany the three midfielders.

As Alberto Moreno moved higher to provide attacking width on the left, Liverpool had a back three during their building phase. Their shape began to resemble a 3-5-2 structure, but they nevertheless struggled to create meaningful clear-cut attacking chances from this.

After an early one-on-one miss from Salah, the Egyptian moved back out to the right as Liverpool were lacking full width in attack. Previously, Joe Gomez had to drive forward out of the makeshift back three to provide width on their right side. Stoke, however, often won possession down this side, with Moritz Bauer and Erik Pieters solid defensively.

Salah’s wider positioning did create a larger central space, enabling Alexander-Arnold and Georginio Wijnaldum to provide attacking runs from midfield. Liverpool worked the ball well, creating chances with these runs from deep. Danny Ings had a goal ruled out for offside, while Alexander-Arnold also missed a good chance, as the home side were frustrated at the half-time whistle.

Stoke gradually dropped deeper into a more compact structure during the second half. Firmino continued to drop short from higher starting positions, but struggled to influence the game. Stoke’s compact midfield and defence offered little time or space for Liverpool’s number nine to receive passes from deep.

The compact nature of Stoke also made it more difficult to play quick passing combinations. Even if the first pressing players were beat, there were additional Stoke players ready to press and block Liverpool’s forward passes. Stoke’s lack of width or depth did make it easy for Liverpool to aggressively counter-press and regain possession – but this was one of few positives for the Reds.

Liverpool finished with a much more direct attacking approach. Firmino began to make runs in behind along with Salah, who had struggled to make any attacking contributions throughout the second half. Despite this more direct approach, the power and aerial strength of Stoke’s defensive unit coped well and they were able to hold on for a point.

Stoke City set up in a 4-4-2 formation, with Moritz Bauer on the left side of midfield providing extra defensive cover against the in-form Mo Salah.

Naturally, Stoke’s possession in the first half was limited. They looked to counter-attack using long balls, targeted towards the aerially strong Peter Crouch. These longer passes were hit very early – often within the first few touches after regaining possession – and frequently caught Liverpool out of shape. They didn’t, however, allow enough time for Stoke’s forwards to readjust from a pressing position to an offensive position.

Salah’s movements infield meant that Joe Gomez had to move high and out of Liverpool’s back line. This gave Stoke a chance to build more effective attacking transitions, as opposed to their ineffective early long balls. With Bauer and Erik Pieters on their left side, they were defensively very strong, winning most of their duels.

They now had space to attack with Gomez, who was often dispossessed, out of position. Bauer managed to drive forward frequently, but his crosses were too often poor and failed to utilise the presence of Crouch inside the Liverpool penalty area. Xherdan Shaqiri would move higher to form an attacking front three alongside Crouch and Mame Biram Diouf, but Stoke again lacked quality final balls through to their front line.

The away side dropped into a compact low block as the second half restarted. They reduced the distances between their defensive and midfield units, which frustrated Liverpool and Roberto Firmino in particular, as the hosts looked to build using his dropping movements.

Stoke posed minimal threat on the break, though, and offered little in terms of attacking quality. They struggled to convert into effective transition positions, as their players were simply too compact. Their defensive stability ultimately became their attacking weakness. Liverpool’s counter-pressing was more successful due to this compactness.

Stoke tried to send the ball long towards Shaqiri and Diouf, who looked to draw fouls from the Liverpool defence. This worked well and enabled Stoke to send their central defenders up to attack set-pieces. They almost grabbed a last-gasp winner, too, with Ryan Shawcross just inches away from converting a Diouf cutback at the far post. The game fizzled out, however, as Stoke held on for an away point that keeps their survival hopes alive.

The key battle of the game was focused around the movements of Roberto Firmino. The Brazilian forward began as Liverpool’s lone striker, but soon began to drop short. He moved towards the ball, rather than away and in behind Stoke’s defence. These movements enabled Mo Salah to move into central areas from wide right.

Stoke initially struggled with this rotation, as Salah wasted a glorious chance after being put through on goal. The Premier League's top scorer dinked the ball wide over the body of onrushing goalkeeper Jack Butland. However, as Liverpool needed width on both sides, Salah couldn't provide this by moving centrally. Joe Gomez therefore moved higher, often stepping out of defence with the ball.

Stoke’s defensively solid left side nullified this threat, and the visitors created chances by counter-attacking through the spaces vacated by Gomez’s movements. As Stoke dropped into a deeper and more congested unit, Liverpool’s frustrations grew. They resorted to longer, more direct balls of their own.

Liverpool’s counter-press was effective against a compact Stoke side, but they had little joy in a more direct approach on goal, with the Potters’ aerial power and strength enabling them to comfortably mop up any danger. The Reds left the pitch feeling aggrieved at not being awarded a penalty in the final 10 minutes, however, when Georginio Wijnaldum's cross struck the arm of defender Erik Pieters.