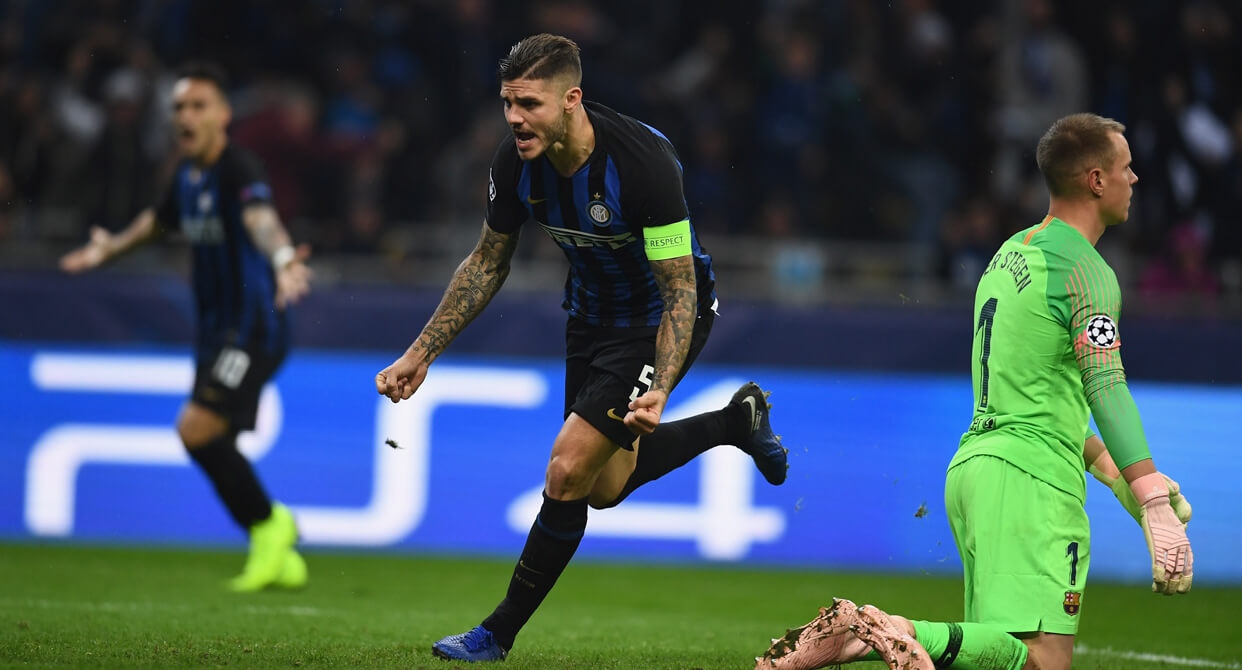 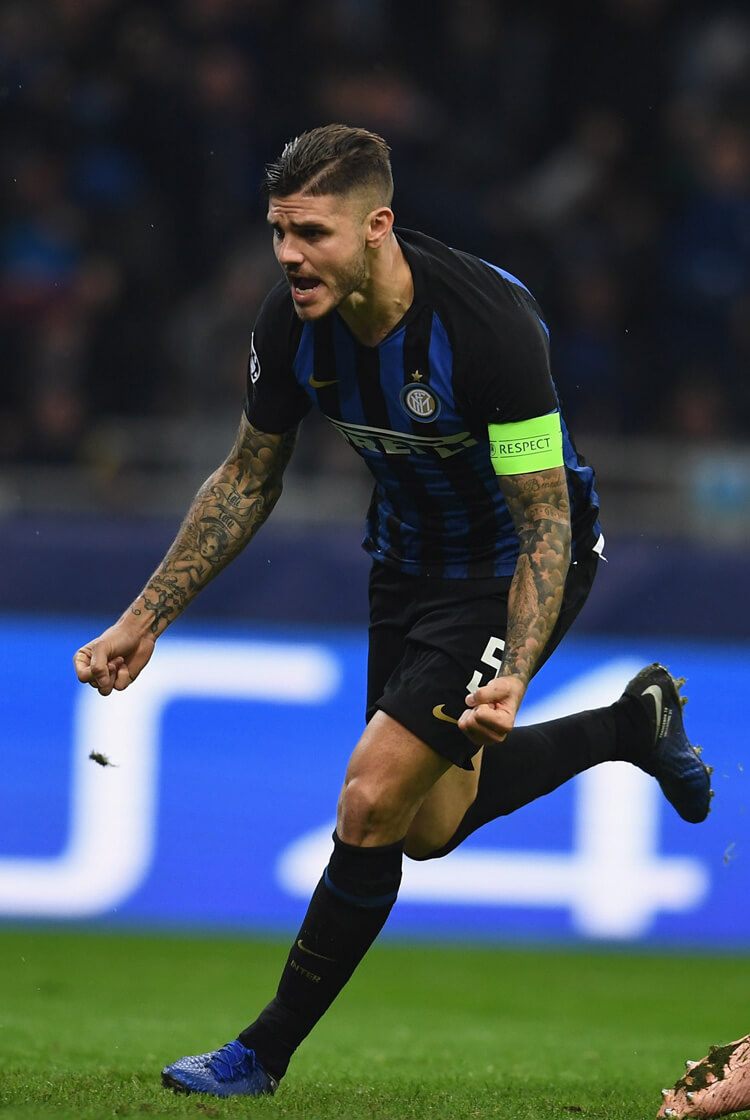 Barcelona retained control of Champions League Group B despite throwing away a late lead against Inter in an entertaining clash at the San Siro. Substitute Malcom opened the scoring with less than 10 minutes to go, scoring his first goal for the club only 90 seconds after coming on for Ousmane Dembele. But the hosts struck back within four minutes, Mauro Icardi keeping his cool in a busy penalty area to rifle home his ninth goal of the season. Barca and Inter remain first and second in the group, and strong favourites to qualify ahead of Tottenham. 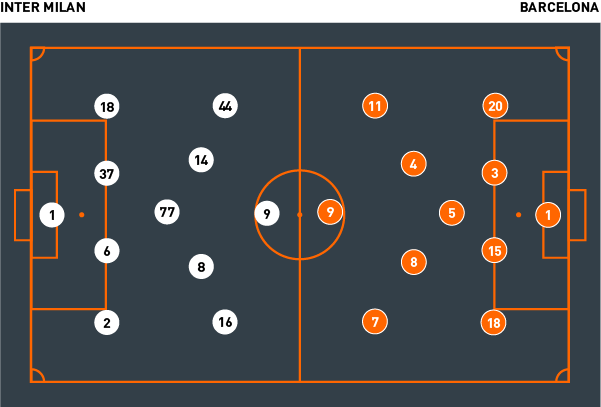 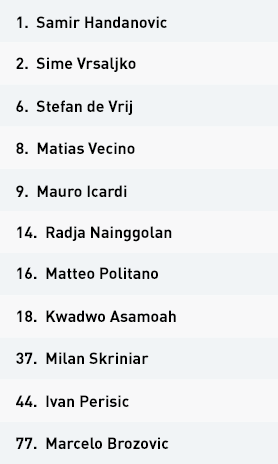 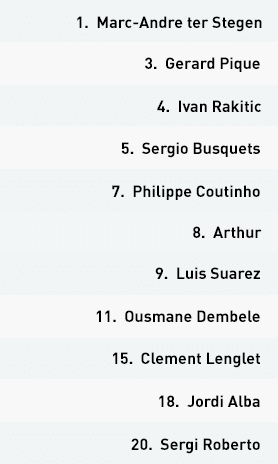 Inter set up in a 4-3-3 formation, with Marcelo Brozovic, Matias Vecino and Radja Nainggolan operating as the midfield three. Mauro Icardi started as the lone forward, with Matteo Politano and Ivan Perisic supporting from wide areas.

Inter struggled to gain control of the game through possession. They were restricted to just 39 per cent over the whole game, meaning that many of their opportunities to attack would come through transition. When they did have the ball, they initially tried to play out from the back from goalkeeper Samir Handanovic – but Barcelona set up a very aggressive press, so the hosts ended up playing direct. They would typically then look to utilise the wide areas – and the right-hand side in particular, where the relationship between right-back Sime Vrsaljko, Vecino and Politano was important in creating opportunities to produce crosses.

Nainggolan didn’t provide the same level of attacking quality on the left as Vecino on the right; he was eventually replaced by Borja Valero, who demonstrated more dynamism and willingness to make attacking runs. Despite this, Inter still only managed to register one shot on target in the match – from which Icardi scored – and created very little in the way of quality chances, regularly running into trouble on their counter-attacks and lacking creative quality in their build-up.

Out of possession, Inter formed a 4-1-4-1/4-5-1 mid-block for the majority of the game, with Politano and Perisic joining Brozovic, Nainggolan and Vecino across the midfield line of five. They initially began by pressing Barcelona high and with aggression, but quickly moved to a mid-block after Barcelona managed to play through them on a couple of occasions.

Occasionally, there would be triggers for the mid-block to go into a high press, such as when the ball was played into a Barcelona full-back and the Inter wide midfielder was close enough to initiate a press. The issue here was that Barcelona would then play back to Gerard Pique or Clement Lenglet, where Icardi would need support from a teammate to continue the press. This would usually be Politano from the right, but that only freed up Jordi Alba at left-back. Later on, Inter would use Vecino instead of Politano to join Icardi in the press.

Mostly, Inter set out to protect the central areas and force Barcelona wide. Their midfield five were good at getting out and pressing the Barca midfielders, but they were poor at screening the ball into the Barcelona attackers, who would often drop in and receive between the lines. From here, Inter were vulnerable.

Barcelona set up in a 4-3-3 formation, with Sergio Busquets, Ivan Rakitic and Arthur in midfield, supporting Philippe Coutinho, Ousmane Dembele and central striker Luis Suarez. The visitors enjoyed the majority of the possession but struggled to take advantage of their dominance with an in-possession performance that lacked potency.

Barca regularly positioned their three central midfielders in front of Inter Milan’s midfield unit and pushed full-backs Jordi Alba and Sergi Roberto higher up to play more like wide midfielders, thus leaving the front three to play in between the lines. Dembele and Coutinho could regularly be seen dropping in and trying to receive the ball in between Inter’s two defensive lines, and they often managed to receive possession here. However, the next phase of the attack was frequently lacking in quality, enabling Inter to regain possession more often than not.

The positioning of the three central midfielders in front was often done to encourage Inter’s wide midfielders, Perisic and Politano, to engage in a press that would then open up a passing line to Alba or Roberto. The full-backs could receive in space out wide, because their Inter counterparts wouldn’t leave Dembele or Coutinho unmarked inside. However, the compact and somewhat conservative positioning of Barcelona’s midfield made for a rigid in-possession structure lacking the movement, rotation and fluidity required to break down an organised mid-block. While Arthur would sometimes move between the lines, the Barca midfield’s overall lack of movement affected the quality of their play.


Out of possession, Barcelona switched between several structures; they would often press Inter high up the pitch, but could also be seen dropping off into a mid-block/mid-press. When in the mid-block, Dembele and Coutinho would drop off to protect the wider areas and half-spaces, forming a midfield line of five with Arthur, Busquets and Rakitic.

If Barcelona wanted to add a second player to the front line alongside Suarez, this would usually be Arthur or Rakitic, with the rest of the second line squeezing in to remain compact and prevent central penetration. Interestingly, Busquets could regularly be seen higher than his other midfielders in a high press, perhaps tasked with preventing Brozovic, Inter’s deep-lying midfielder, from seeing too much of the ball and dictating the play.

Barcelona’s counter-press and recovery speed in possession was impressive, too. Inter tried to launch several counters, but the visitors were quick to get back and protect their goal. Part of the reason for their high percentage of possession was how quickly they regained the ball upon losing it.