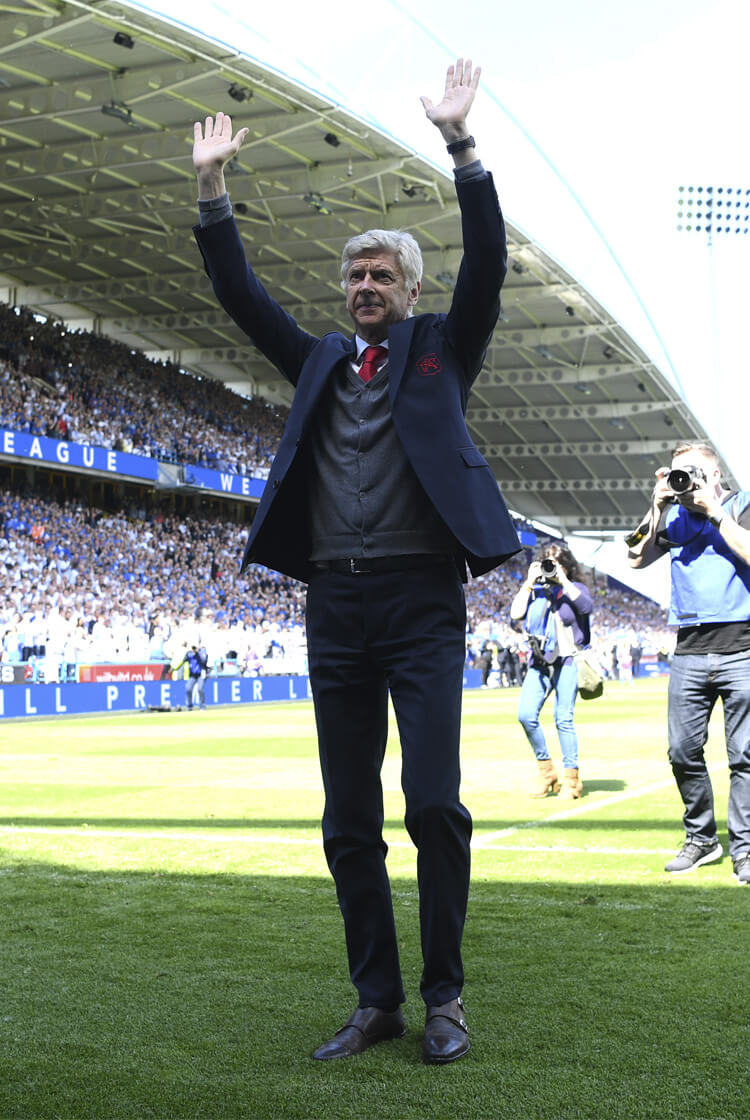 Arsene Wenger signed off as Arsenal manager with a 1-0 win over Huddersfield Town on the final day of the Premier League season. Pierre-Emerick Aubameyang scored the only goal of the game shortly before half-time, latching on to a low cross from Aaron Ramsey to ensure Wenger's reign ended in triumph with the club's first league away win in 2018. Here, our professional coaches analyse the tactics and key moments from the action at the John Smith's Stadium. 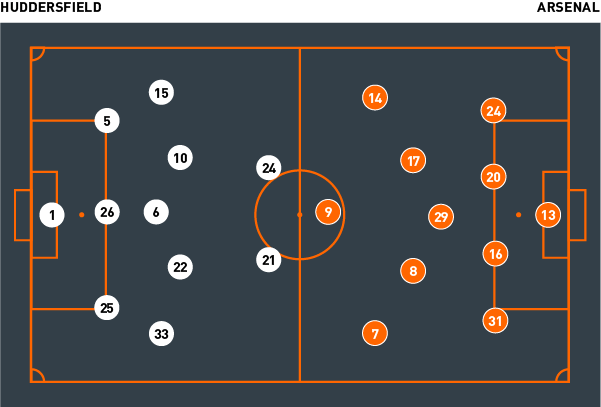 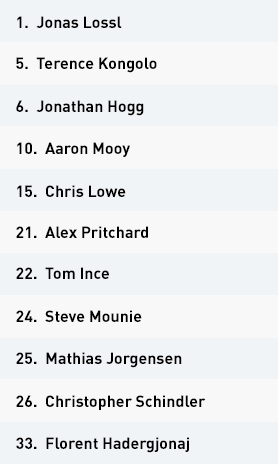 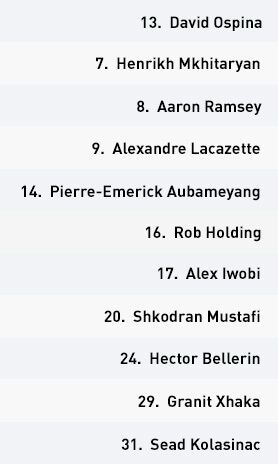 Huddersfield set up in the 5-3-2 formation they used in the draw against Chelsea, but allowed their full-backs, Florent Hadergjonaj and Chris Lowe, to push higher than they did at Stamford Bridge. With their top-flight status for the following season confirmed, David Wagner seemed prepared to take more risks.

The Terriers pressed aggressively in the first half and successfully disrupted Arsenal’s build-up play. More often than not, Huddersfield would go man for man when the Gunners were playing out from the back. In the first 20 minutes, Arsene Wenger’s men found this difficult to contend with.

Huddersfield’s initial attacking strategy was centred on regaining the ball high up the pitch and launching a quick counter-attack. If the regain happened closer to their own goal, though, they would instead look to play a direct pass into one of the two half-spaces for Alex Pritchard and Steve Mounie to chase. Aaron Mooy and Tom Ince would then make forward runs from midfield, looking to attack the box for a cross or cutback. Their high press meant the pace and energy of Pritchard and Mounie were in theory more effective than the physical force of Laurent Depoitre, who started on the bench.

As the first half progressed, however, Huddersfield struggled to cope with the forward runs of midfielder Aaron Ramsey and his rotation with striker Alexandre Lacazette. As a result, they fell into a deeper block in the hope of going into the break on level terms. Arsenal, though, sprung to life in the 38th minute, with Pierre-Emerick Aubameyang scoring what would be the only goal of the game.

The only substitution that made a notable difference to Huddersfield was the introduction of Depoitre for Ince just after the hour mark. A goal down, the hosts needed a focal point up top who could hold up the ball and bring others in to play while offering a threat from crosses.

By also pushing Lowe and Hadergjonaj higher up the pitch, the Terriers were able to overload Arsenal’s 4-3-3 formation and create opportunities from the wide areas. Mooy came close when his volley crashed against the crossbar late on, while Depoitre also had an effort saved by David Ospina. Despite the home side’s chances, however, the Gunners rode their luck and held out for their first away win in the Premier League of 2018.

In his final game in charge, Arsene Wenger set Arsenal up in a 4-3-3 formation, with Pierre-Emerick Aubameyang and Henrikh Mkhitaryan supporting lone striker Alexandre Lacazette.

The Gunners endured a shaky opening 20 minutes and were somewhat fortunate to still be level at this stage. They struggled to find a solution for Huddersfield’s aggressive man-to-man press. Goalkeeper David Ospina was the only free man for the visitors, but he was forced to send the ball long – and the Terriers had little problem in dealing with this direct play.

Arsenal eventually settled and worked around their opponents’ press, but problems remained. Lacazette would drop from a higher position to receive in the midfield area, but a lack of support meant that penetration was difficult. It was only when Aaron Ramsey began to run beyond the striker that Arsenal posed a threat. Huddersfield found dealing with these runs from deep problematic – and such movement ultimately led to Aubameyang’s goal.

On occasion, Granit Xhaka would drop in to cover Rob Holding or Shkodran Mustafi, who would drive out of central defence with the ball when Huddersfield fell into their lower block. This allowed midfielders Ramsey and Alex Iwobi, along with Aubameyang and Mkhitaryan, to find positions between the lines. Hector Bellerin and Sead Kolasinac provided the width.

Arsenal were reluctant to press in the first half when Huddersfield controlled possession, seemingly content to sit deeper and encourage the long pass from goalkeeper Jonas Lossl or the Huddersfield centre-backs – this frustrated the hosts somewhat.

Arsene Wenger’s substitutions did influence proceedings slightly. Kolasinac was replaced by the more defence-minded Nacho Monreal, while Ainsley Maitland-Niles increased the discipline in midfield after taking Iwobi’s place. The young midfielder provided an extra layer of protection and control to help Arsenal see out the victory.

Huddersfield’s aggressive press reaped several benefits in the early stages, but they struggled to sustain their intensity for long periods, eventually falling into a low block in the closing stages of the first half.

The Terriers’ primary strategy was to play the ball directly into the half-space beyond the Arsenal back line for Tom Ince, Alex Pritchard or Steve Mounie to run on to. This changed when Laurent Depoitre came on just after the hour mark.

Arsenal really struggled to build from the back due to Huddersfield’s man-for-man press. It was only when Alexandre Lacazette and Aaron Ramsey worked together in midfield that the Gunners posed a problem for the hosts. Lacazette would drop into deep, central areas, while Ramsey would run beyond the striker, providing the penetrating runs.

Arsenal chose not to press Huddersfield high for fear of leaving space behind the back line that Mounie, Pritchard and Ince could exploit. Huddersfield, as a result, were forced to play out from the back and were left frustrated in attack.