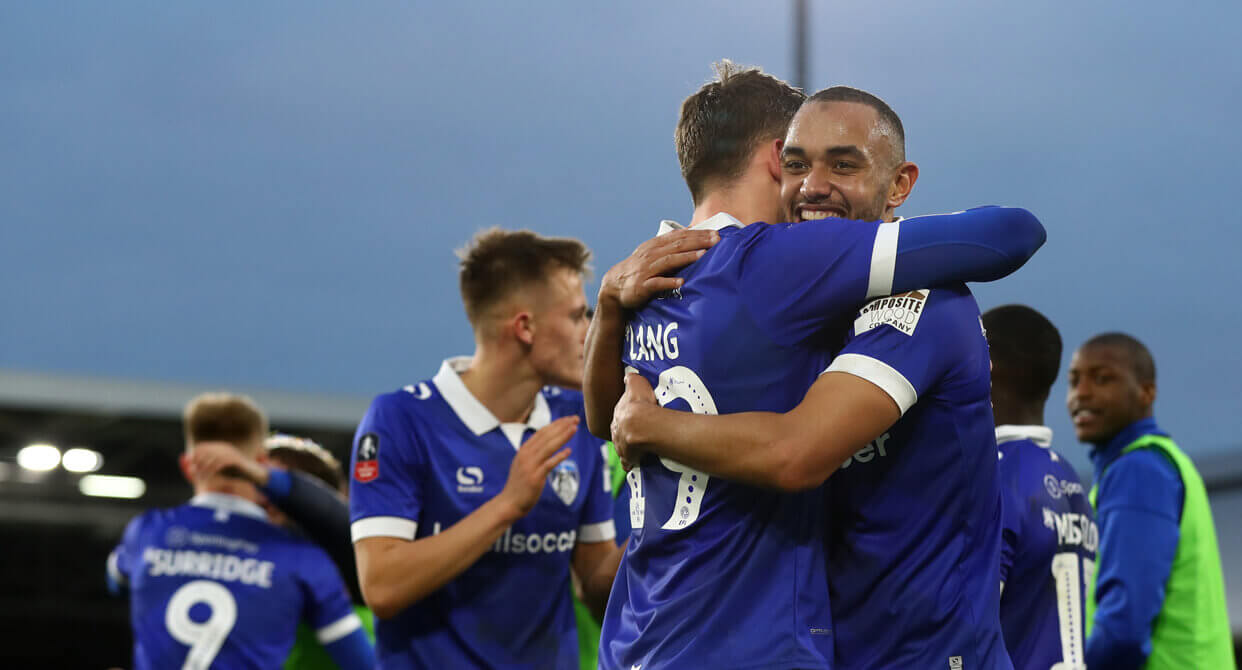 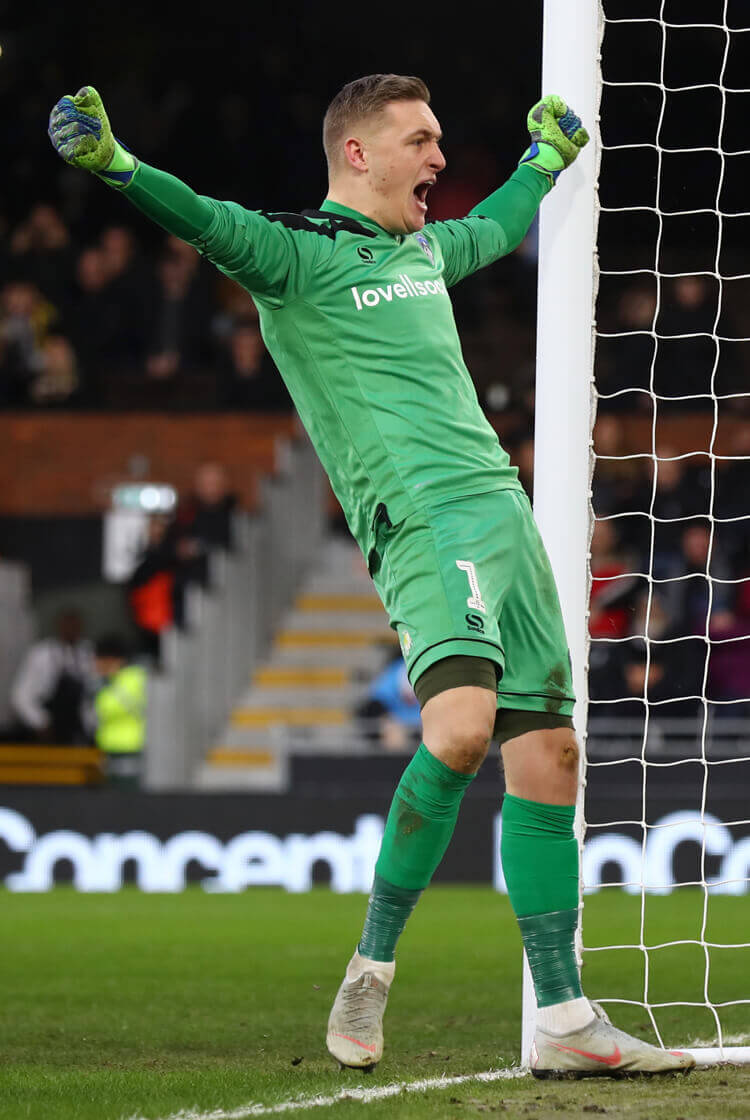 Oldham Athletic list Manchester City and Liverpool among their FA Cup scalps this century, and now they can add Fulham to the list after their dramatic late victory at Craven Cottage. The Premier League strugglers failed to impress in a scrappy first half, but when Denis Odoi fired home early in the second half they at least looked to be progressing. The visitors kept pressing and had arguably created the better chances before substitute Sam Surridge equalised from the penalty spot 15 minutes from time, but even then the Cottagers were gifted a golden chance to regain the lead when winning a controversial late penalty of their own. Substitute Aleksandar Mitrovic saw his spot-kick saved by Daniel Iversen, however, and the visitors entered dreamland when Callum Lang rose to power a header past Marcus Bettinelli with only minutes remaining. Oldham now go to Doncaster in the fourth round, while Fulham are left to focus on a relegation battle. 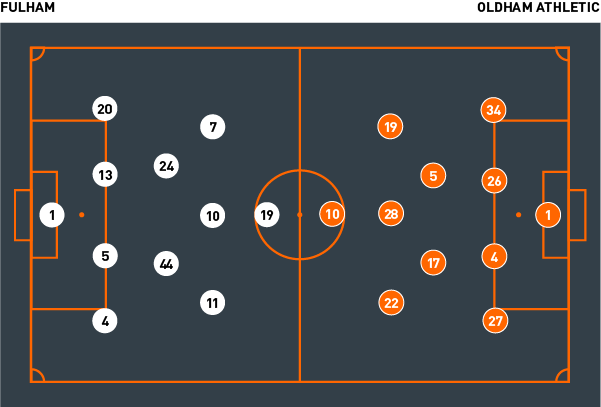 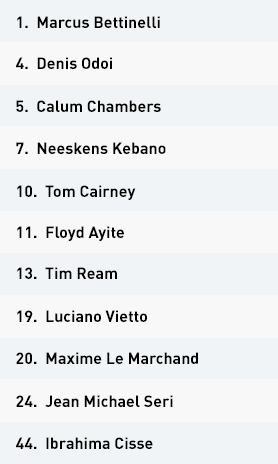 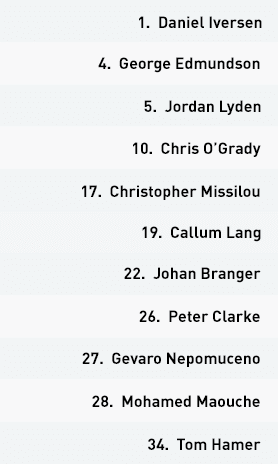 Claudio Ranieri set his Fulham team up in a 4-2-3-1 formation, with Jean Michael Seri and Ibrahima Cisse operating as the two deeper-lying midfield players. Floyd Ayite, Tom Cairney and Neeskens Kebano supported lone forward Luciano Vietto in attack. Fulham dominated possession, racking up 68 per cent and no fewer than 19 shots over the game – but only two of these were on target as the hosts struggled to create genuinely clear-cut opportunities.

They tended to utilise the half-spaces and wide areas as their preferred route to goal. Centre-backs Calum Chambers and Tim Ream worked with Seri and Cisse to outnumber the Oldham top line. Cairney would then drop between the lines, while Kebano and Ayite often moved into the half-spaces to receive. These movements would then allow full-backs Maxime Le Marchand and Denis Odoi to move higher, with the central midfielders dropping into a false full-back position behind them. With Oldham operating in flat lines out of possession, this enabled Fulham to create overloads and work positions for their attackers to receive – but they didn’t use this to their advantage enough.

If Ayite or Kebano stayed wide in possession and drew their opposing full-back towards them, Cairney or Vietto would look to make diagonal runs in the space between the full-back and his neighbouring centre-back. This gave the centre-back a dilemma – did he let the attacker run, or track him but leave his defensive space in front of the goal? The visitors generally coped well in these situations, however – which is part of why Fulham failed to create as many clear chances as they should have done. Even the late introduction of Aleksandar Mitrovic – and a shift to a more direct approach – bore little fruit, as the hosts failed to break Oldham down. The Serbian striker even missed a penalty as his side fell to a demoralising home defeat.

Out of possession, Fulham pressed in a 4-4-2 structure. Cairney joined Vietto on the top line, while Kebano and Ayite would drop back alongside Seri and Cisse in a midfield four. One of Cairney and Vietto would press the centre-back in possession and screen the ball into the nearest central midfielder, while the other marked the second central midfielder.

When the ball went into the full-back, Ayite or Kebano would push up to press, with the back four mirroring the midfield shape. If the ball was played vertically into the feet of an Oldham player with his back to goal, then the nearest man behind him would leave his slot to track his deeper movement and prevent him from turning. This included the centre-backs as well as the central midfielders, as Fulham worked to ensure the visitors didn’t have time to turn and play forward – although neither of the visitors’ goals in the tie came from such an approach.

Caretaker manager Pete Wild set his Oldham team up in a 4-2-3-1 shape to mirror that of their opponents, with Christopher Missilou and Jordan Lyden as the deeper midfield pairing behind Callum Lang, Mohamed Maouche and Johan Branger. Chris O’Grady led the line as a lone forward.

The visitors had limited time in possession, but when they did have the ball they would tend to play it directly to O’Grady. There were moments when it looked like they were trying to play a possession-based game, but this tended to see them play only between the centre-backs, full-backs and deeper central midfielders before the direct pass into the lone forward.

After doing so, the Latics looked to compete for the second ball and then begin their attacks further up the pitch; this would usually feature a ball out into wide areas for either Lang or Branger, or full-backs Tom Hamer or Gevaro Nepomuceno if they had chosen to push up. It was from a Nepomuceno cross out wide on the left that Lang headed the visitors’ dramatic late winner.


Out of possession, Oldham switched between two strategies depending on how Fulham were playing out from the back. From goal-kicks, Oldham would press in a 4-2-3-1. Here, if the hosts moved the ball left, O’Grady moved between Calum Chambers and Tim Ream without pressing aggressively; Lang would close down Maxime Le Marchand, Maouche would occupy Jean Michael Seri, Missilou would press Ibrahima Cisse and Lyden would move with Tom Cairney. If Fulham went right, Branger pushed up to press Denis Odoi as Lang did Le Marchand on the other side.

In situations where Fulham had good possession, Oldham would use a 4-4-1-1 mid-block; Lang and Branger would drop alongside Lyden and Missilou to form the midfield four, while Maouche would stay in front, between Seri and Cisse, with O’Grady just ahead of him to stop the ball into the midfielders.

The role of central midfielders Lyden and Missilou in dealing with Fulham’s wide play was crucial to Oldham’s success defensively. The hosts regularly looked to exploit the wide areas and get in behind Oldham’s full-backs to cross or cut back; once the full-back was beaten, whoever of Lyden and Missilou was closer would go to the ball-carrier and try to screen the ball across the six-yard box. The second midfielder would then take up a higher position from the pressing player and screen the cut-back between the penalty spot and edge of the area – a strategy Fulham regularly tried to employ.

If the Oldham full-back was still in a position to defend, the central midfielders would recover into the box to defend but take up similar positions offset from each other. As the visitors became deeper, they had limited interest in tackling, instead trying to intercept and force mistakes. This prevented them from being pulled out of position and potentially isolated in one-on-one battles against supposedly superior players. In the end, once taking a shock late lead, they only had a matter of minutes to hold out against Premier League opposition who looked anything but that on the day.