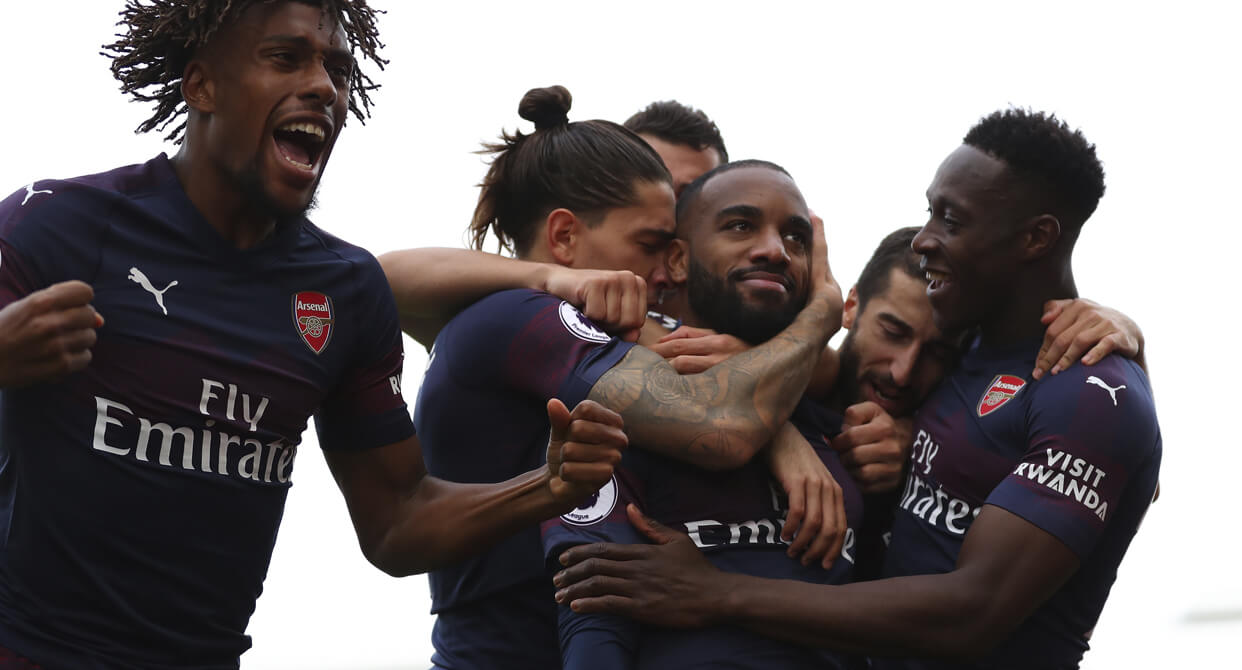 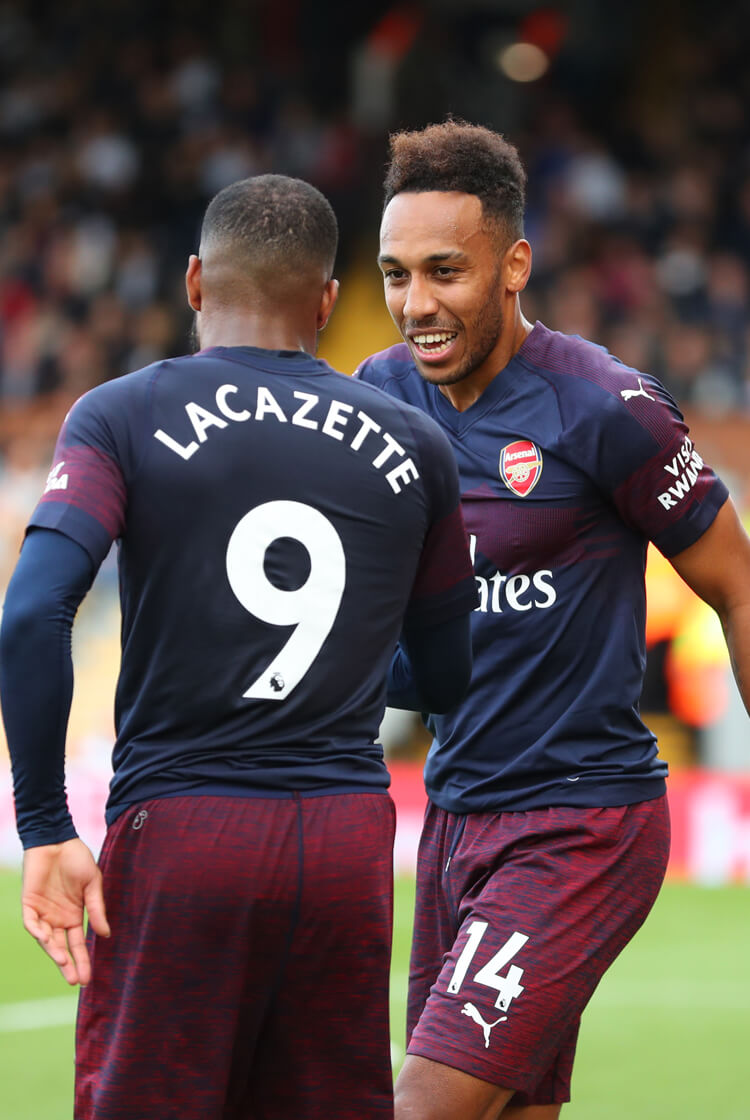 Arsenal thrashed Fulham at Craven Cottage to record their ninth consecutive victory in all competitions. Unai Emery’s players have been in unstoppable form since defeat to Chelsea in mid-August, and delivered a devastating performance in their biggest competitive win under their new head coach. Alexandre Lacazette scored either side of Andre Schurrle’s equaliser on the stroke of half-time, before substitute Aaron Ramsey restored their two-goal cushion by finishing off an exquisite counter-attack with a trademark flick midway through the second half. Pierre-Emerick Aubameyang, also coming off the bench, added a brace to complete a resounding victory that just might encourage a few rivals to examine the Gunners’ title credentials. 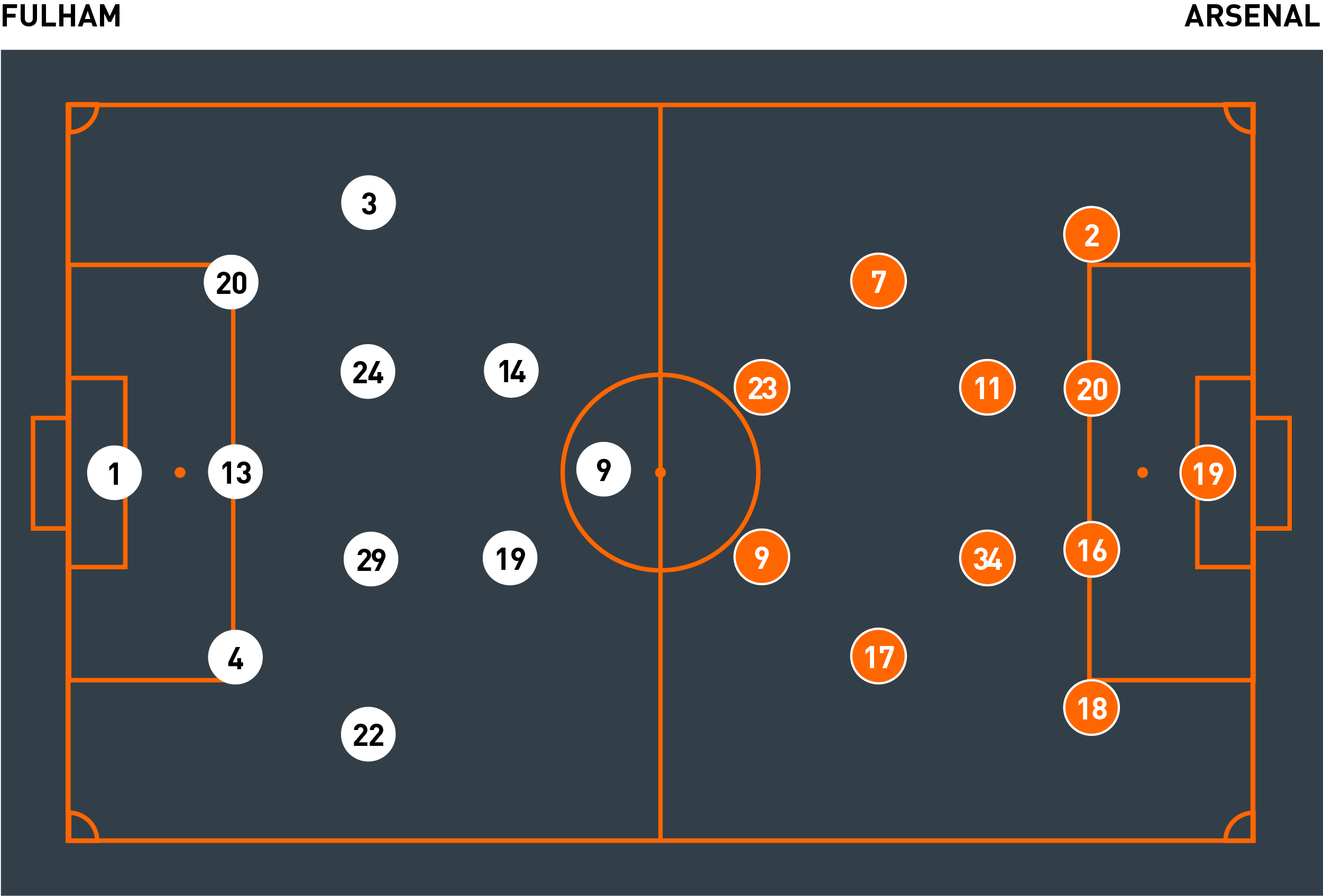 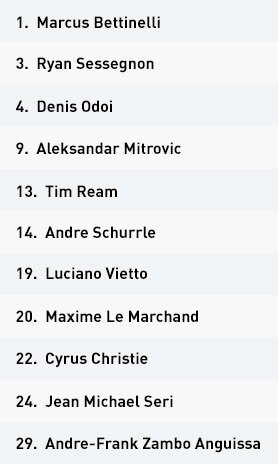 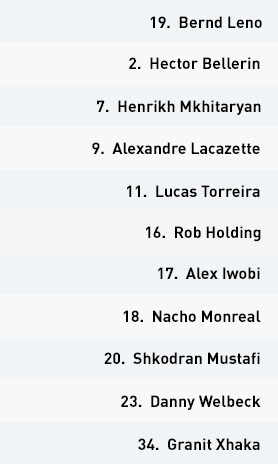 Fulham set up in a 3-4-3 shape in possession, with Cyrus Christie and Ryan Sessegnon providing the width either side of Jean Michael Seri and Andre-Frank Zambo Anguissa in midfield. Andre Schurrle and Luciano Vietto supported Aleksandar Mitrovic in attack.

Slavisa Jokanovic’s players were ineffective in possession. They frequently tried, without success, to clip the ball into Mitrovic with his back to goal, in an attempt to play off him through sets in front or passes around the corner and in behind. They tried to play into their forwards as early as possible upon the regain of possession, but they were limited, particularly in the first half, to creating opportunities through counter-attacking play. When building possession, they found it difficult to break Arsenal down and often resorted to clipping hopeful crosses into the penalty area.

When the visitors restored their lead early in the second half – Andre Schurrle had equalised late in the first – Jokanovic boldly replaced centre-back Tim Ream with striker Aboubakar Kamara. This resulted in a switch to a back four and allowed Fulham to operate in a 4-2-3-1/4-1-4-1 structure. The intention woluld have been to try to cause problems either side of central midfielders Lucas Torreira and Granit Xhaka, while still maintaining the threat of the front three and the width of the full-backs.

This switch left the hosts vulnerable to counter-attacks, however; they now became less effective at dealing with their opponents’ advancing full-backs and maintaining sufficient central cover. There were several instances in the second half when they had 10 players inside Arsenal’s defensive third, in an attempt to pin them back and eventually penetrate. While this resulted in an increase in possession in Arsenal territory, they still couldn’t find a way through and were limited to finding space in the wide areas, where they were quickly closed down by two players and forced to deliver pressured crosses into the box. The areas they consequently left vulnerable were ruthlessly exploited by Arsenal, who scored two of their five goals on the break by utilising the advancing runs of Hector Bellerin from right-back.

Out of possession, Fulham operated in two systems. They would perform an extremely aggressive and organised high press when Arsenal tried to play out. Mitrovic would press the goalkeeper, cutting off the passing line to one of the central defenders; Vietto or Schurrle would lock on to the near-side deep midfielder (Torreira or Xhaka), while the other attacker would then look to affect Arsenal’s other centre-back; Seri and Anguissa would pick up the remaining deep central midfielder and any advancing attacking midfielders; and the ball-side full-back would track the opposite full-back, leaving three defenders against Danny Welbeck and Alexandre Lacazette. Their other method was to sit back in a 5-2-3 mid-block, where Sessegnon and Christie would tuck in with the back three, and Seri and Anguissa would try to protect the defence centrally in front.

Schurrle’s goal just before half-time came as a result of their co-ordinated press, as it forced Arsenal into errors and provided Fulham with players in advanced areas for counter-attacking opportunities. The Gunners, though, delivered a clinical performance overall, giving the hosts little chance to hit back.

Arsenal set up in a 4-4-2 box formation, with Granit Xhaka and Lucas Torreira at the base and Henrikh Mkhitaryan and Alex Iwobi at the top, behind Danny Welbeck and Alexandre Lacazette in attack. They looked to utilise Iwobi and Mkhitaryan in the half-spaces to provide central support for the front two, while full-backs Hector Bellerin and Nacho Monreal could push forward and provide the width. The excellent security offered by Torreira and Xhaka made this possible.

The relationship between Welbeck, Lacazette, Iwobi and Mkhitaryan was key to the visitors’ attacking play. Welbeck and Iwobi operated as a pair, as did Mkhitaryan and Lacazette, and they tried to position themselves on different lines to make it more difficult for the Fulham defence to deal with. This also meant that, when the ball went wide to Monreal or Bellerin, they could attack the box at four different points – as demonstrated for the opening goal by Lacazette.

They tended to work in groups of three in the wide areas, too. A significant proportion of their attacks were concentrated here – with the full-backs, the two attacking midfielders and either a deep midfielder or striker creating the third man required to make this approach work. These groups of three would produce a variety of combinations to try to exploit the space behind the outside centre-back or wing-back. As the game progressed, they became slightly more defensive and were able to launch dangerous counter-attacks. Substitute Pierre-Emerick Aubameyang was particularly threatening in these situations, as Arsenal took advantage of weaknesses in the hosts’ adjusted system.

Unai Emery’s players set up in a 4-4-2 formation out of possession, and would switch between a high press and mid-block. The out-of-possession structure was flat rather than the box they utilised in possession, but the transition remained straightforward. Mkhitaryan and Iwobi would simply take the wide positions, while Torreira and Xhaka would remain central. They tried to deal with balls being clipped into Aleksandar Mitrovic by pressing him aggressively from behind, with centre-backs Rob Holding and Shkodran Mustafi reasonably competent in this area. Torreira would also assist by screening the ball into Mitrovic’s feet, limiting his supply. They tended to show the visitors out to the right-hand side – this was achieved through Lacazette positioning himself within pressing distance of Maxime Le Marchand and Welbeck sitting deeper, allowing Denis Odoi to get on the ball and play to Cyrus Christie. Arsenal will have considered this the weaker side, with the more dangerous Ryan Sessegnon lurking on the Fulham left.

They fell deeper in the second half but remained in their 4-4-2 shape, looking to hit their opponents on the counter. There would often be a distance of no more than 10 yards between the defensive and midfield lines, and the defensive partnerships were important in limiting Fulham to wide play. Xhaka and Torreira would again protect the central areas in front of the defence, while Mkhitaryan and Iwobi (later Aaron Ramsey) would have to protect the ball into Andre Schurrle or Aboubakar Kamara’s feet, if they were positioned inside the Arsenal back four, and then be in a position to help Bellerin or Monreal, should the ball go wide.

The front two were effective out of possession, too, and could often be seen putting pressure on the hosts’ midfielders from behind while the midfielders would still screen and apply pressure from the front. This forced Fulham into more errors and also increased the possibility for counter-attacks in a game that Arsenal won at an impressive canter.