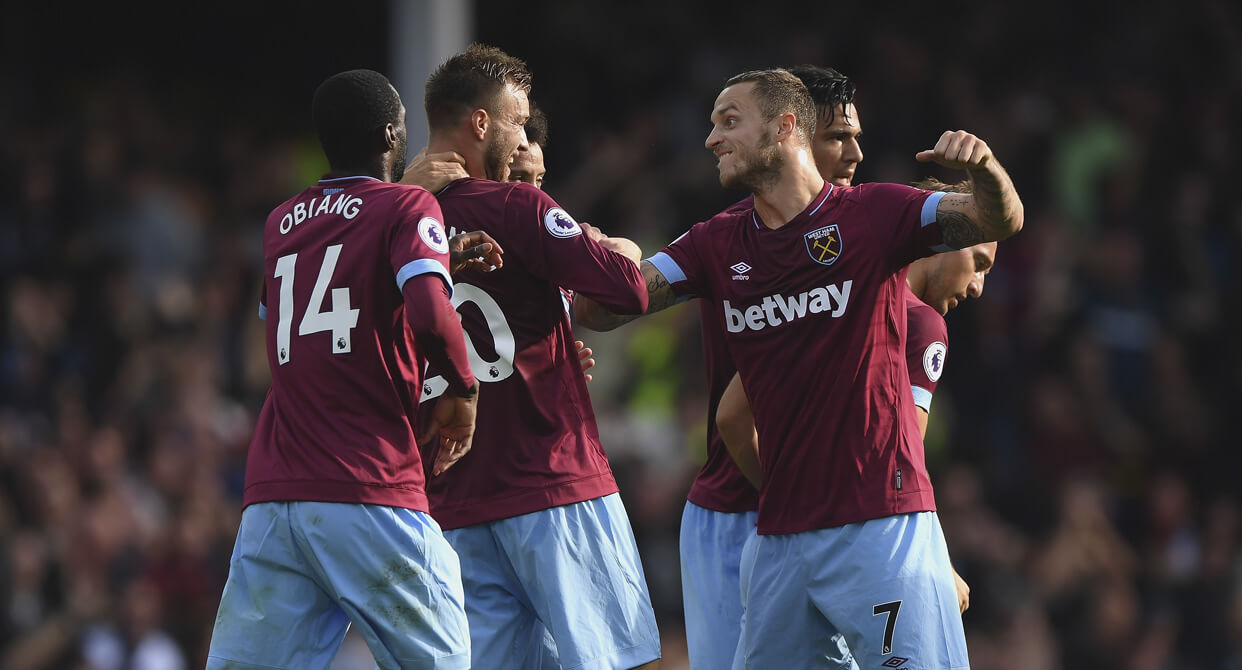 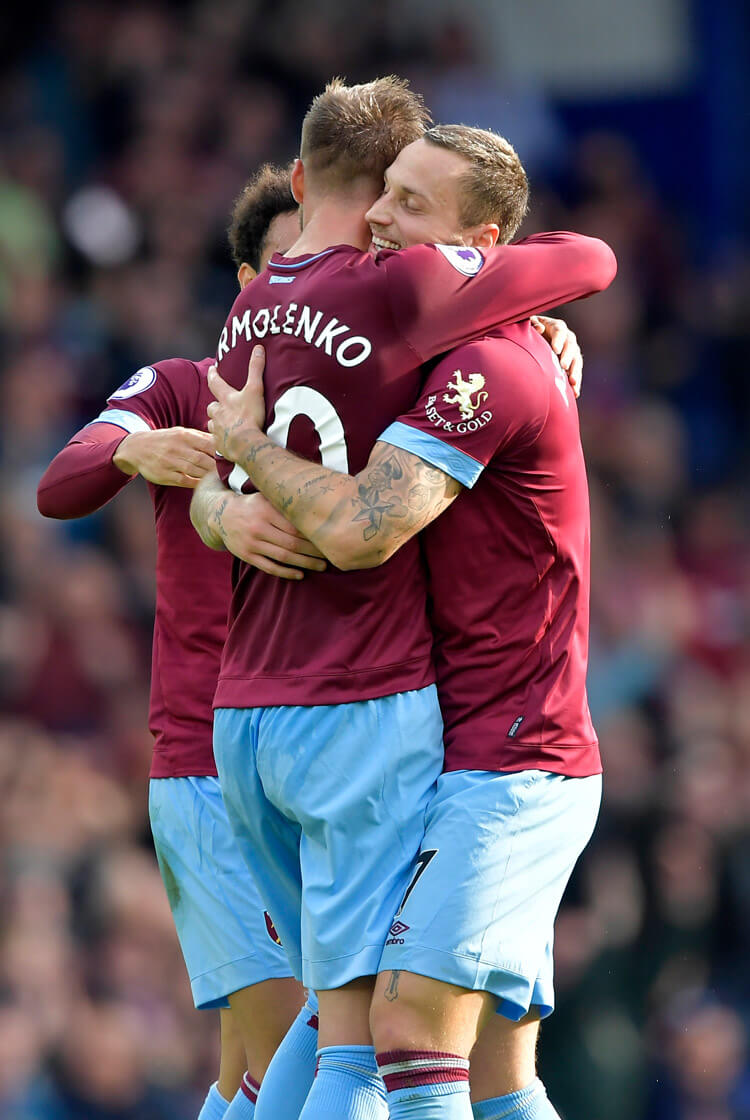 West Ham ended their terrible start to the Premier League season by getting their first points on the board under Manuel Pellegrini with this comfortable victory over Everton at Goodison Park. Andriy Yarmolenko made his first start for the Hammers, and got the ball rolling by completing a smooth counter-attack as early as the 11th minute. Mark Noble then capitalised on an error from goalkeeper Jordan Pickford before setting Yarmolenko free to double the visitors’ advantage with a neat curled finish shortly after the half-hour mark. Gylfi Sigurdsson’s header on the stroke of half-time gave the Toffees hope, but Marko Arnautovic had the win wrapped up midway through the second period with his third goal of the season. The result finally gets West Ham off the mark for the campaign, while Everton are struggling with defensive injuries after an encouraging start to the season. 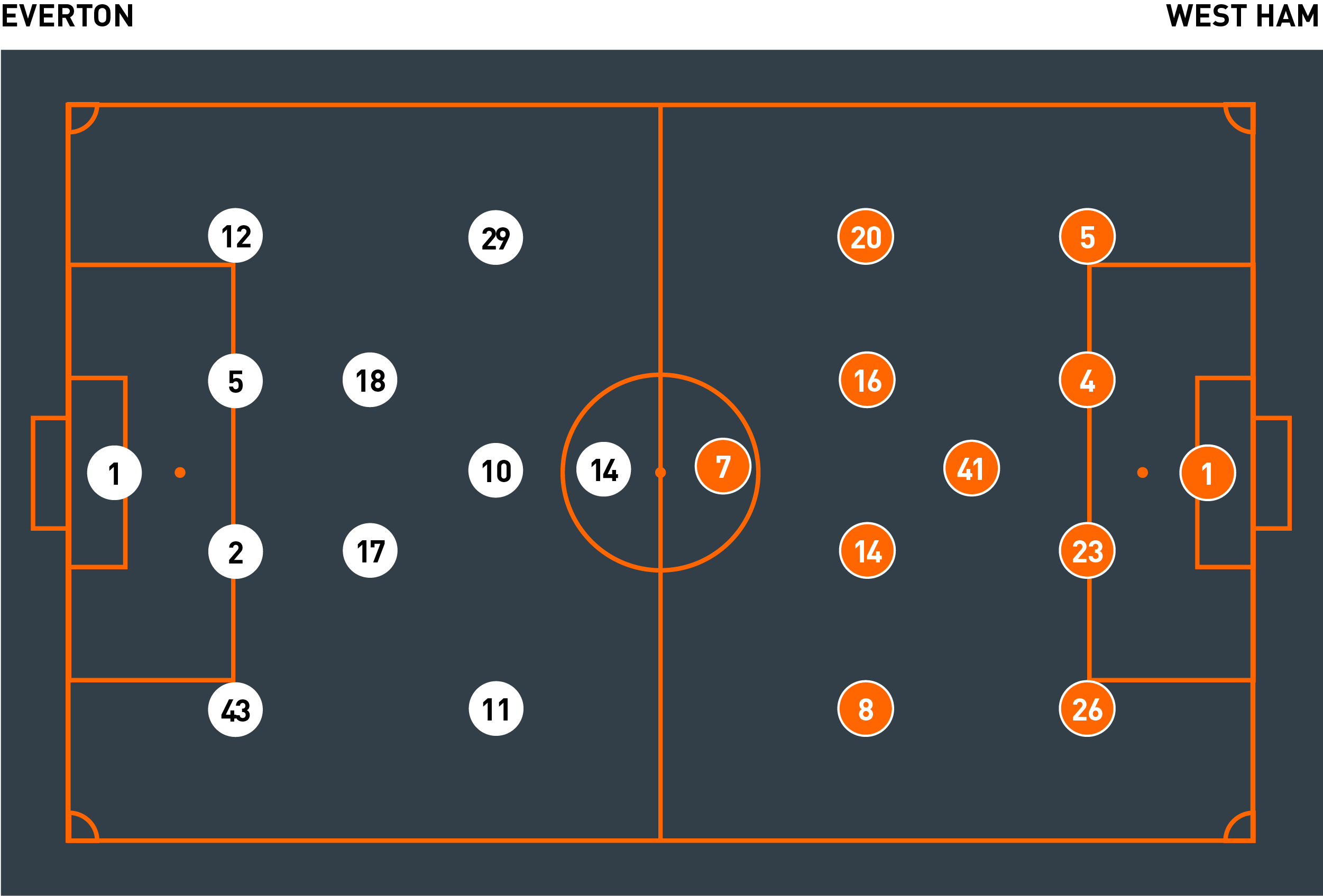 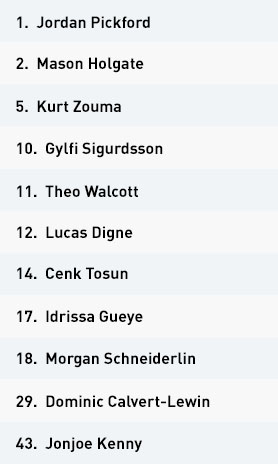 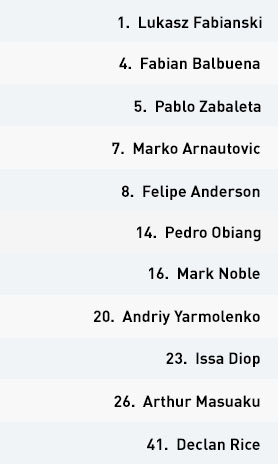 Everton set up in a 4-2-3-1 formation, with Idrissa Gueye and Morgan Schneiderlin operating as the two deep-lying central midfielders. Gylfi Sigurdsson played in the number 10 role, while Theo Walcott and Dominic Calvert-Lewin took up the wide attacking midfield positions behind lone striker Cenk Tosun.

The hosts attempted to build possession from the back and would look to drop Schneiderlin or Gueye between the centre-back and full-back on the side they were building. This allowed the full-back on that side to push further up and provide the width, allowing the wide attacker to push inside and provide an extra man in the central attacking areas.

They favoured attacking through the wide areas and, where possible, would use the full-backs to provide this width. There were regular switches of play, as they attempted to break their opponents down – sometimes through fast movement of the ball across two or three players, sometimes through one long diagonal pass. This exploitation of the wide areas was used to good effect for their single goal on the day, scored by Sigurdsson from a Jonjoe Kenny cross.

The introduction of Bernard for Schneiderlin just before half-time allowed the Toffees to maintain their attacking threat between the lines, but increased the involvement of goalscorer Sigurdsson in the build-up at an earlier stage.

Out of possession, the home side set up in a 4-4-2, with Sigurdsson joining Tosun on the top line while Calvert-Lewin and Walcott would drop in to form the second line. They would look to press West Ham but struggled to cope with the staggered positioning of their opponents’ midfield. They didn’t help themselves by sprinting to close the visitors down in central areas, though – this made it easy for the Hammers to play around them, and pull them out of the slots they then failed to cover.

Given the terrible start to the season made by West Ham, Marco Silva might have been expecting a more impressive display from his admittedly injury-hit squad at home. Everton were undeniably outplayed, however, and couldn’t match the clinical performance from Manuel Pellegrini’s men.

West Ham set up in a 4-1-4-1 system, with Declan Rice positioned in front of the defence. Andriy Yarmolenko, Mark Noble, Pedro Obiang and Felipe Anderson operated ahead of him, and just behind lone centre forward Marko Arnautovic.

In possession, Yarmolenko could often be found tucking inside, as right-back Pablo Zabaleta progressed forward. This was also the case on the opposite side, with Anderson and Arthur Masuaku – in this situation, Rice would always be available to provide the balance behind them.

The midfield and attack were particularly adept at combining in tight areas when faced with Everton pressure – this quality led to their first and third goals, as they managed to create the space to penetrate as a result of combination play that pulled their opponents out of position. The key to these combinations in the midfield and attacking thirds was the movement off the ball, with the hosts’ 4-4-2 defensive system struggling to deal with the tracking of runners who went beyond them.

The Hammers did try to find Arnautovic in behind with penetrative passes from deep – but these were dealt with well by the Everton defence. Naturally, the away side quickly focused their efforts on combining more regularly to maintain their threat.

The players took up the same roles and positions out of possession as in possession, within their 4-1-4-1 structure. Rice would patrol the areas between the lines, occasionally man-marking Gylfi Sigurdsson, unless the playmaker ran too deep – in which case, Rice would maintain his position between the two lines.

They would press their opponents from their goal-kicks, where Anderson and Yarmolenko would join Arnautovic on the top line, as Noble and Obiang operated deeper and more centrally. Yarmolenko and Anderson set out to disturb the centre-backs but not the full-backs – this forced goalkeeper Jordan Pickford to attempt to play through the half-space, where the ball could be intercepted. Noble did exactly this in the lead-up to the second goal.

West Ham were smart in reading the game and understanding when to step in front of the forwards to intercept, too. Centre-backs Fabian Balbuena and Issa Diop were comfortable in defending any passes delivered to the feet of striker Cenk Tosun.

The result ends a terrible run of four consecutive defeats for Manuel Pellegrini and his side, which appeared a more organised and confident unit than previously this season. They will now be hopeful this victory marks the start of a run that can move them up the Premier League table.