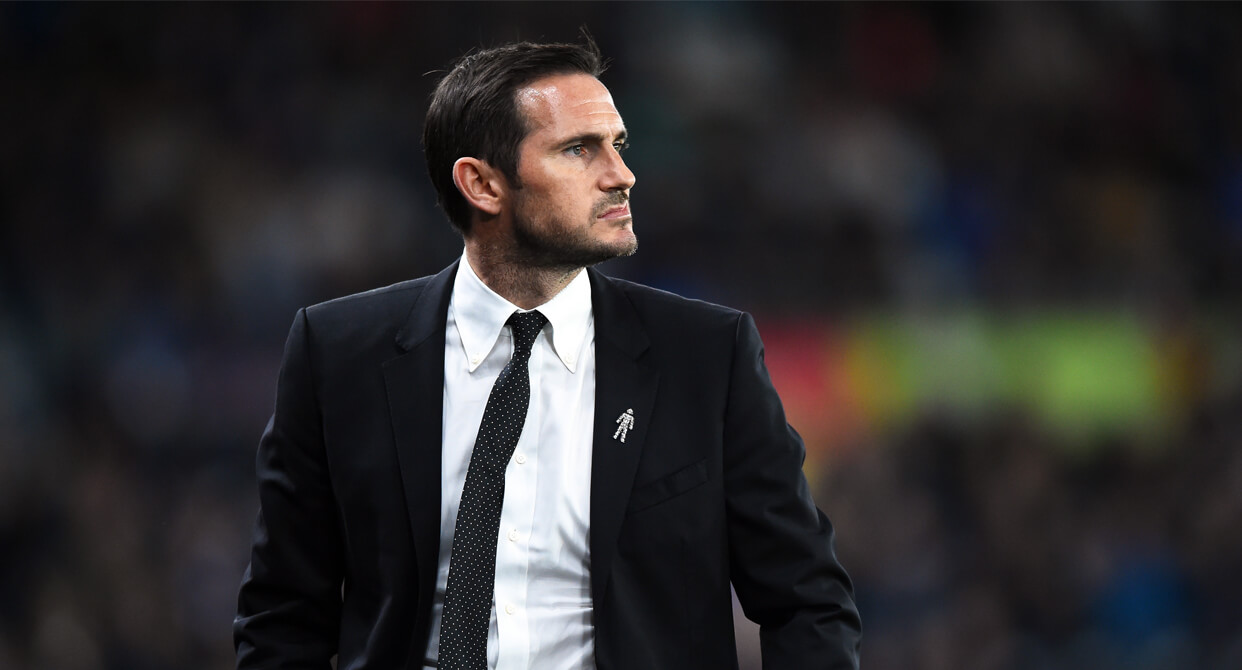 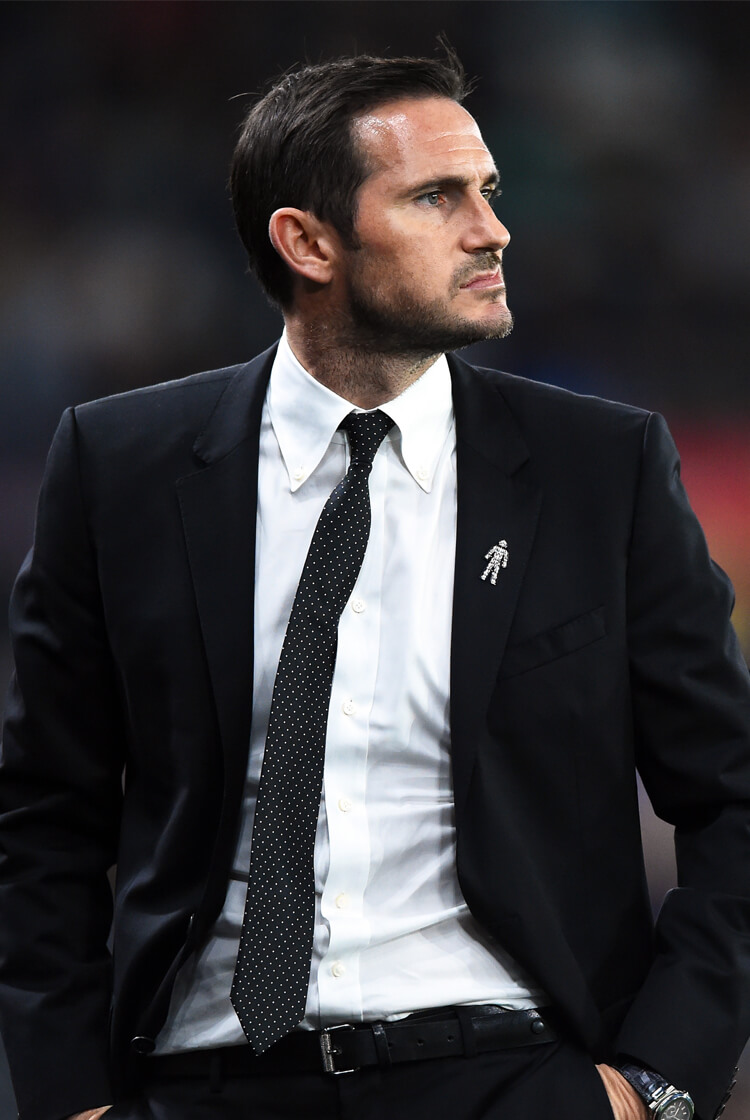 Derby County stopped Sheffield United going top of the Championship, ending their opponents’ four-game winning run with victory at Pride Park. Craig Bryson scored only 19 seconds in to get the hosts off to the perfect start, but the Blades responded well and eventually grabbed an equaliser, through centre-back Chris Basham, shortly before half-time. Frank Lampard’s players regained control in the second half, though, and a smart finish from striker Jack Marriott sealed the three points in the 77th minute. The result saw Derby return to winning ways after taking just two points from their previous three league games, and move only four points behind the Blades and Middlesbrough at the top of the table. 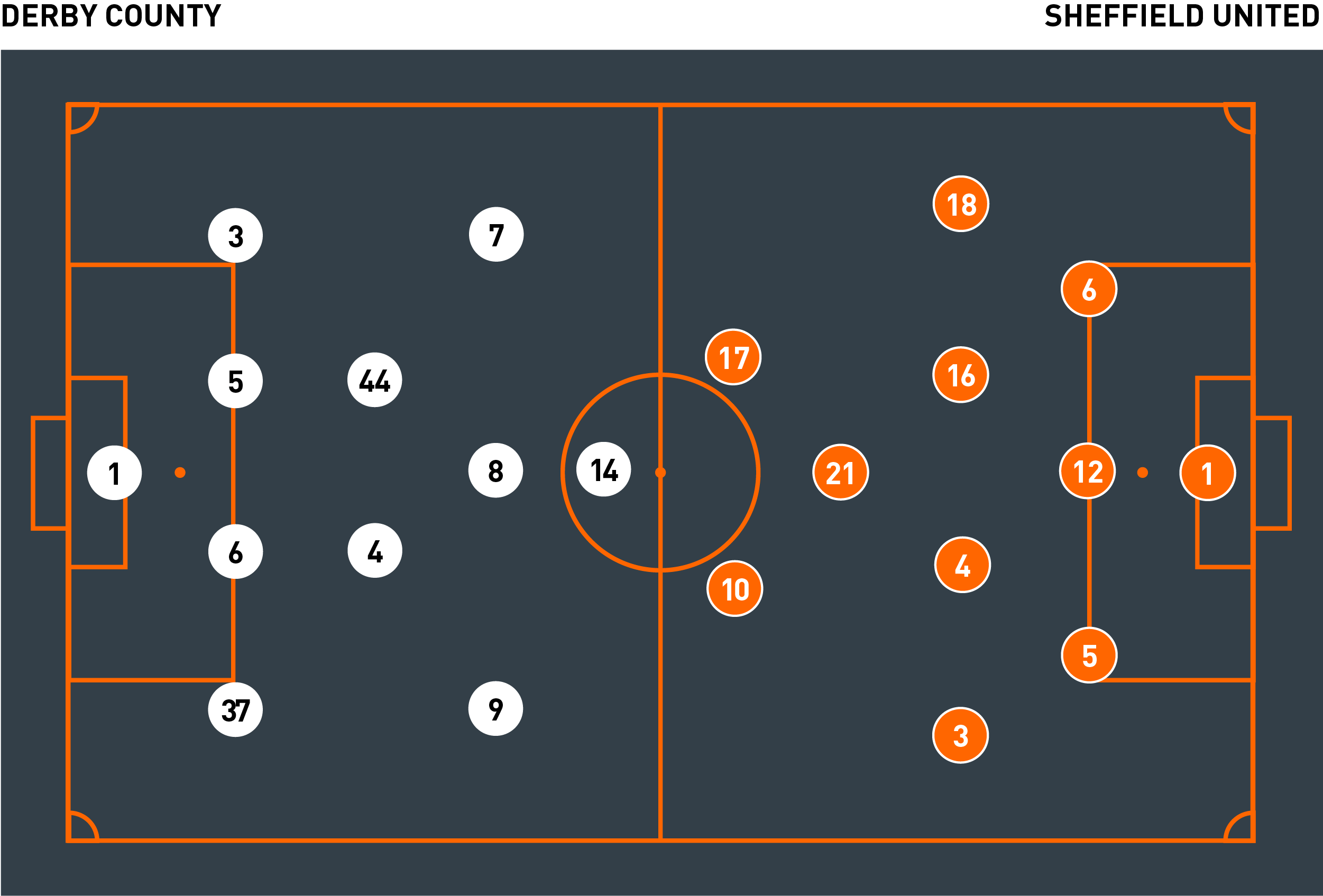 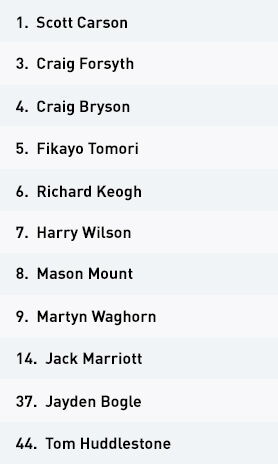 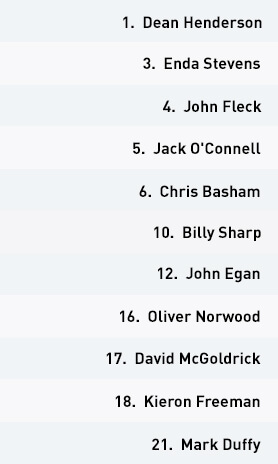 Frank Lampard continued with a 4-2-3-1 structure for his Derby team, despite making three changes within midfield. Tom Huddlestone, Harry Wilson and Martyn Waghorn came in, as Bradley Johnson, Tom Lawrence and Florian Jozefzoon dropped to the bench.

With only 19 seconds on the clock, Derby went ahead through Craig Bryson. After left-back Craig Forsyth found Mason Mount in central midfield, the Chelsea loanee split Sheffield United’s central block with Harry Wilson crossing in for lone striker Jack Marriott. The striker’s lay-off found Bryson, who placed his shot into the far corner to give the hosts the perfect start.

Despite taking an early lead, Lampard’s team struggled to construct another meaningful attack for a considerable period. While they made good use of goalkeeper Scott Carson, they consistently lacked a dropping midfielder in between splitting central defenders Richard Keogh and Fikayo Tomori. Carson was therefore forced to look longer, with Marriott tasked with chasing the ball against the visitors’ central back three.

In brief moments when Derby did create spells of possession in the first half, a lack of central awareness to play forwards halted progress. In similar patterns to their opening goal, Forsyth’s fizzing passes into central midfield from left-back drew all of the visitors’ midfielders to the ball. Quick passing combinations between Mount, Huddlestone and Bryson could have progressed play into the final third, but too often the ball was set back to defence.

The injury to Bryson in the first half forced Mount to drop back into midfield, creating a double pivot with Huddlestone. Wilson then moved from the left side into an advanced central midfield position, but the hosts lacked quality and control on the ball. This changed in the second period, as an increase in movement within midfield to receive passes from Keogh and Tomori ensured Derby started positively. With the visitors dropping into a more consistent back five, space around the sides of their opponents’ central midfield could be exploited in the build-up.

On brief occasions, Derby’s full-backs moved inside when receiving. Coupled with regular switches of play, they would then have the space to penetrate – as long as the corresponding wingers remained on the outside, creating further space for the full-backs to drive inside. The full-backs soon began to move higher, particularly as the pressure from the Blades’ wing-backs lacked desire and intensity. With their central play continuing to lack penetration, focusing on the wide areas was likely to be the best approach in regaining the lead after Chris Basham had equalised shortly before half-time.

Forsyth’s crosses were a threat throughout the second half, and it was a delivery from the left-back that resulted in the hosts again getting their noses ahead. His whipped delivery towards the near post was met by the well-timed blindside run of Marriott, who secured the three points 13 minutes from full-time.

Out of possession, Derby set up in their 4-2-3-1 structure, prioritising blocking off central access to the Blades’ two strikers. As the first half progressed, the visitors’ dominance of possession grew via their fluid central midfield unit. When building, Oliver Norwood’s dropping movements increased the distance away from Derby’s central midfield, thus making a counter-press difficult for the home side. With Marriott pressing alone against a back three, Derby’s defensive pressing was ineffective, as Norwood controlled the game from deep midfield.

Once Derby had started to predict Norwood’s switches, particularly to the right, striker David McGoldrick moved across to support the right-sided rotations, offering another body as a potential passing option. Norwood could now hit any of four teammates on the right side, with Derby unable to predict the direction or destination of his driven switches. The Rams initially defended well against any right-sided crosses, but they were eventually outdone when John Fleck danced through the back line, and the visitors’ right-sided rotations created the space for Basham to tap home from close range.

As Derby dominated the ball for much of the second half, their defensive work was drastically reduced. Keogh was a frequent source of regain for the defence, as the centre-back won the majority of his duels and then maintained possession to ensure his team could build an attack through midfield. A slightly higher defensive line also reduced the frequency of the visitors’ switches of play, as those looking to receive from Norwood now lacked space. Norwood’s input was a major source of creation for the away side, but with his raking passes now less available, Derby’s defensive duties became much easier in the second period.

Sheffield United set up in a 3-4-1-2 formation, as the visitors looked to make it five consecutive Championship victories. Head coach Chris Wilder made no changes to his team, who looked to bounce back to the top of the league with a vital away victory at a potential promotion rival.

The right-sided relationship between centre-back Chris Basham and wing-back Freeman became an interesting outlet for the visitors. With the hosts leaving only striker Jack Marriott high in attack, the Blades could send one of their back three forward, as they still had a two-on-one overload should they lose possession. The dropping Norwood formed a triangle around Marriott, who desperately chased the ball, while Freeman maintained attacking width on the right side. Basham’s inside runs from right centre-back penetrated the blindside of Derby’s left-back Craig Forsyth, as Mark Duffy moved across from the central lane to support. This right-sided combination created a number of crossing opportunities.

United soon looked to progress the ball across to the left side, hoping to exploit striker Martyn Waghorn, who had been deployed as a right midfielder. Similar rotations to those on their right enabled Stevens to get into great crossing positions, but the left wing-back was guilty of delivering the wrong type of cross – often selecting lofted deliveries when low, driven efforts might have been more dangerous. This was also the case with their set-pieces, as they often used chipped crosses when low deliveries might have been more effective.

The Blades nonetheless deservedly drew level just before the interval. Billy Sharp and David McGoldrick dropped away from Derby’s back line, which created more central space for Fleck to dribble forward. His controlled mazy run beat four defenders before he finally produced a damaging low cross. McGoldrick had dropped out of the penalty area, while wing-back Freeman had stepped inside to replace the striker, dragging left-back Craig Forsyth inside with him. Basham was thus free to sneak around the back, as Derby substitute Tom Lawrence had also followed McGoldrick inside. The defender had the simple task of tapping home from close range.

A lack of aggression and quick pressing when defending resulted in less possession for the Blades in the second half, as Derby took control of proceedings. In brief moments of penetration, the likes of Duffy, McGoldrick and Fleck lacked the quality they had showed in the first. Sharp’s movements within the penalty area represented the visitors’ main source of creation, as he pulled Fikayo Tomori around the back line. However, poor decision-making with regards to cross selection ensured the forward went without a clear-cut chance.

Out of possession, the Blades set up in a 5-3-2 structure – and this was easily penetrated within the opening minute of the game, with two forward passes breaking their entire central structure. As the game progressed, their mid-block became much more condensed, with the spaces available during their opponents’ opening goal disappearing. But as Derby also looked to send direct passes into their front line, the visitors could comfortably regain possession.

To their credit, United were accurate in possession, rarely giving the ball away cheaply. Should they misplace a pass, the reaction to apply immediate pressure on the ball was excellent. They won just as many balls back through intense pressure and mistakes from the hosts as with direct tackles – this became a significant factor in their dominance of the ball.

This intensity dropped in the second half, though, as they were forced to sit back in a mid-block. Their inability to regain possession not only reduced the frequency of their own attacks, but also increased the number of Derby attacks. A lack of pressing intensity and closing down from the wing-backs in particular allowed Forsyth to move forward for Derby, and the left-back eventually delivered the cross that led to Marriott’s winning goal.