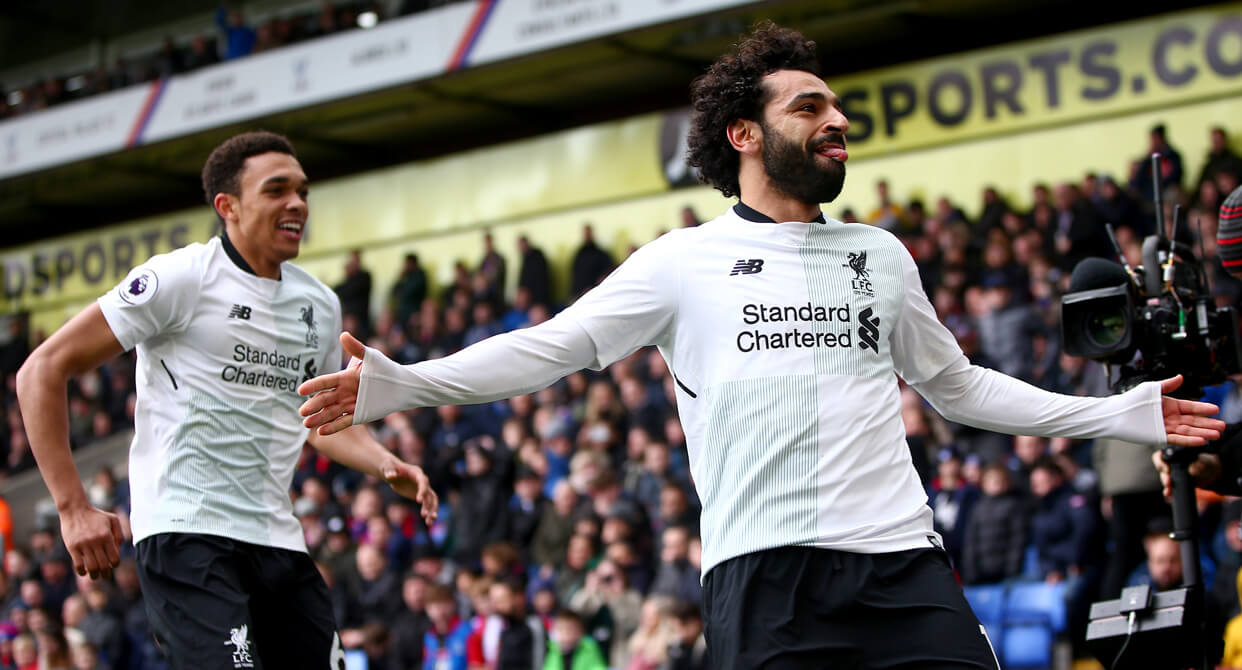 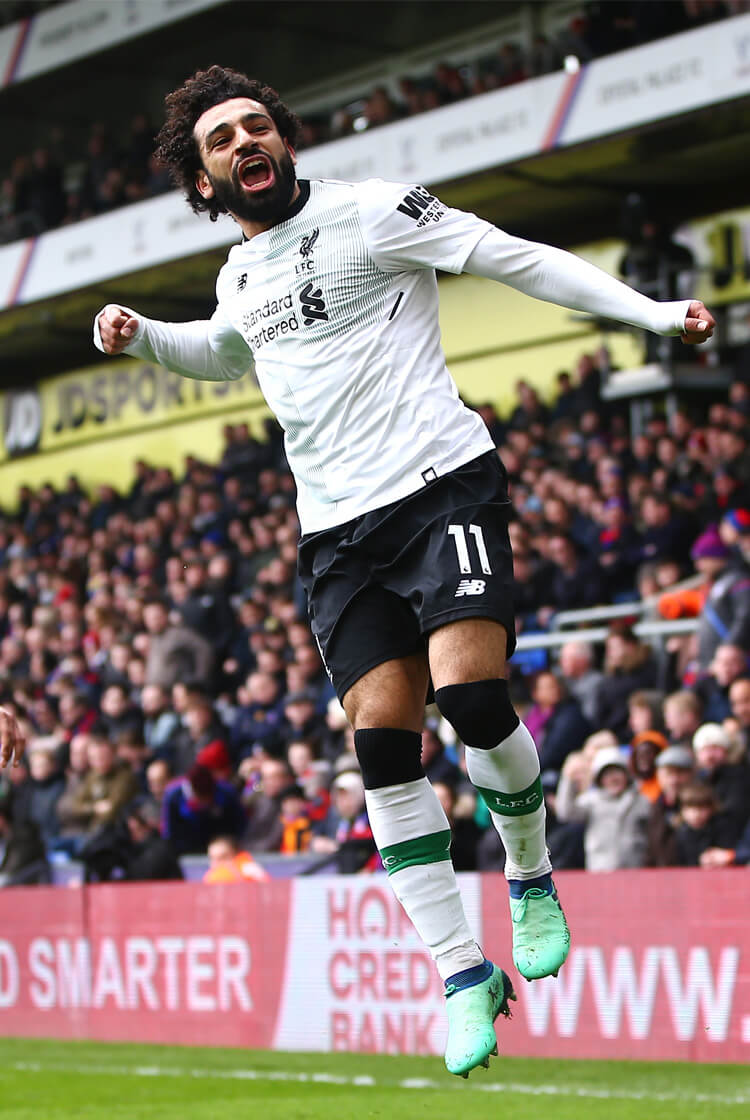 Mo Salah was again the headline-maker for Liverpool, netting his 29th Premier League goal of the season to earn Jurgen Klopp's men a crucial three points away at struggling Crystal Palace. It hadn't started well for the Reds, who fell behind to an early Luka Milivojevic penalty after Loris Karius had clattered Wilfried Zaha in his own box. Sadio Mane, booked in the first half for diving and perhaps lucky to escape a second for deliberate handball later in the game, scored an equaliser early in the second half. The game looked to be heading for a stalemate when substitute Adam Lallana limped off injured only moments after coming on, but Klopp's subsequent switch to a back five gave his full-backs more attacking freedom and it was from an Andy Robertson cross that Salah became the matchwinner. Again. 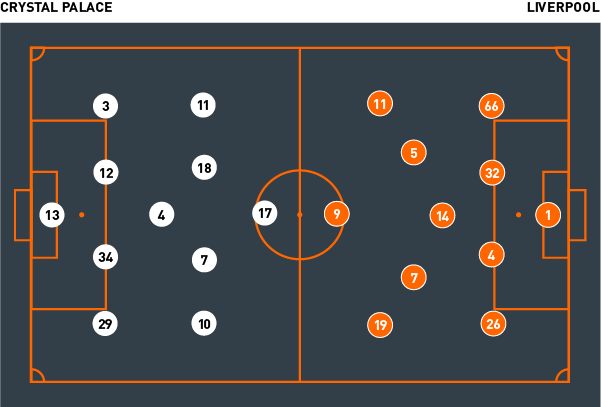 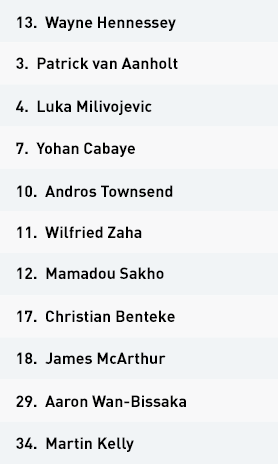 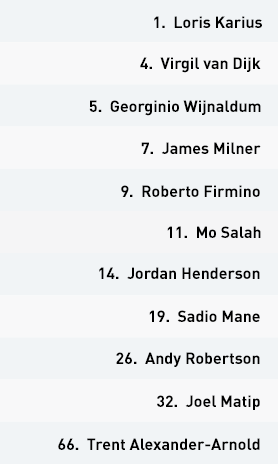 Crystal Palace started in a 4-1-4-1 formation, with captain Luka Milivojevic sitting in front of his defensive line, but also occasionally dropped back into a 4-5-1. Roy Hodgson’s game plan was built on a tight defensive unit set up to stop Liverpool progressing through the middle and to maintain their depth at the back.

The hosts’ front line alternated between pressing high all over the pitch, forcing the visitors to play direct, and a concentrated press inside their own half, with Christian Benteke and Wilfried Zaha standing off the Liverpool centre-backs. They tried to maintain a numerical and positional superiority in midfield, with the intention of forcing the visitors backwards in possession and into less dangerous parts of the pitch.

Palace were happier defending deep, however, and always provided strong defensive cover in the final third – particularly in wide areas, where both Zaha and Andros Townsend, but also Yohan Cabaye and James McArthur, were quick to get back in support of the full-backs. They did still have problems in these areas, with both Liverpool full-backs relentless in their overlapping runs, and were also vulnerable at set-pieces, with Virgil van Dijk a significant threat in attacking areas.

In attack, the home side made good use of the long ball. Benteke proved effective in the air against van Dijk and Joel Matip, with Zaha a particular threat running off him. The pair combined to greatest effect in the move that led to Zaha being fouled by Liverpool goalkeeper Loris Karius, with Milivojevic slotting home the resulting penalty to earn Palace an early lead. Both wingers, Zaha and Townsend, tended to cut inside – to reinforce the central channel but also to allow Aaron Wan-Bissaka and Patrick van Aanholt to push forward from full-back.

When the team did find themselves in attacking zones, both in possession and on the counter-attack, they looked to players in shooting positions as quickly as possible. Zaha’s strength in one-on-one situations was an obvious asset in this phase, while Benteke also worked hard to exploit any gaps in the Liverpool defence – although his finishing did not match the rest of his game.

Liverpool adopted their now familiar 4-3-3 in attack, dropping back into a 4-4-2 in defence. After injury forced substitute Adam Lallana off only moments after his introduction, Jurgen Klopp replaced him with Dejan Lovren and switched to a 5-3-2, with Trent Alexander-Arnold and Andy Robertson operating as wing-backs.

The front line of Roberto Firmino, Sadio Mane and Mo Salah worked hard from the start to push their opponents out wide by closing off passing options into the central channel. Once the ball reached the wing, they would push up and pile pressure on the player in possession.

Although their defence was well-organised and positioned deep for much of the match, the Reds faced countless problems in dealing with long balls. Neither Joel Matip nor Virgil van Dijk looked comfortable against the aerial power of Christian Benteke, who often drifted left to receive long balls – a tactic that bore fruit in the play that led to the penalty from which Palace took the lead. The defence also came under threat from the home side’s attacking full-backs, with the combination of Zaha and Patrick van Aanholt down the Palace left notably dangerous.

In the defensive transition, Liverpool reacted quickly and effectively to losing possession. They worked hard throughout to press the player in possession and shut off passing options into central and dangerous areas, with Jordan Henderson – the visitors’ deepest-lying midfielder – covering any potential gaps in his defensive line.

Liverpool’s priority in attack was combination play, with goalkeeper Loris Karius always looking to find his centre-backs Matip and van Dijk, but occasionally forced to go direct when the Palace front line chose to press high. Klopp’s side never stopped looking for paths through the hosts’ defensive shape, but the compact and conservative shape of Hodgson’s team when out of possession often forced Liverpool to move the ball wide. Both Alexander-Arnold and Robertson proved dangerous when coming forward into wide areas, however, and excelled even more after the switch to a back five – playing as wing-backs gave them even more freedom, and it was after the switch that Robertson provided the assist for the otherwise quiet Mo Salah to score the winner late on.

The Crystal Palace game plan was built on a tight defensive unit set up to prevent Liverpool from progressing through the middle and to maintain their depth at the back.

The hosts tried to maintain a numerical and positional superiority in midfield, forcing the visitors into less dangerous areas.

Crystal Palace made good use of the long ball in attack. Christian Benteke had the beating of the Liverpool defenders in the air, and combined well with Wilfried Zaha, whose run off him led to the penalty from which the hosts took the lead.

Jurgen Klopp changed his team’s formation after injury to Adam Lallana, bringing on Dejan Lovren and switching to a 5-3-2 in which Trent Alexander-Arnold and Andy Robertson operated as hugely offensive wing-backs. A cross from the latter set Mo Salah up for the winning goal.

The referee influenced the outcome of the match by failing to award a second yellow card to Sadio Mane after he deliberately handled the ball after he thought he was fouled on the edge of his own area. It might have been a different story with Liverpool down to 10 at that stage.