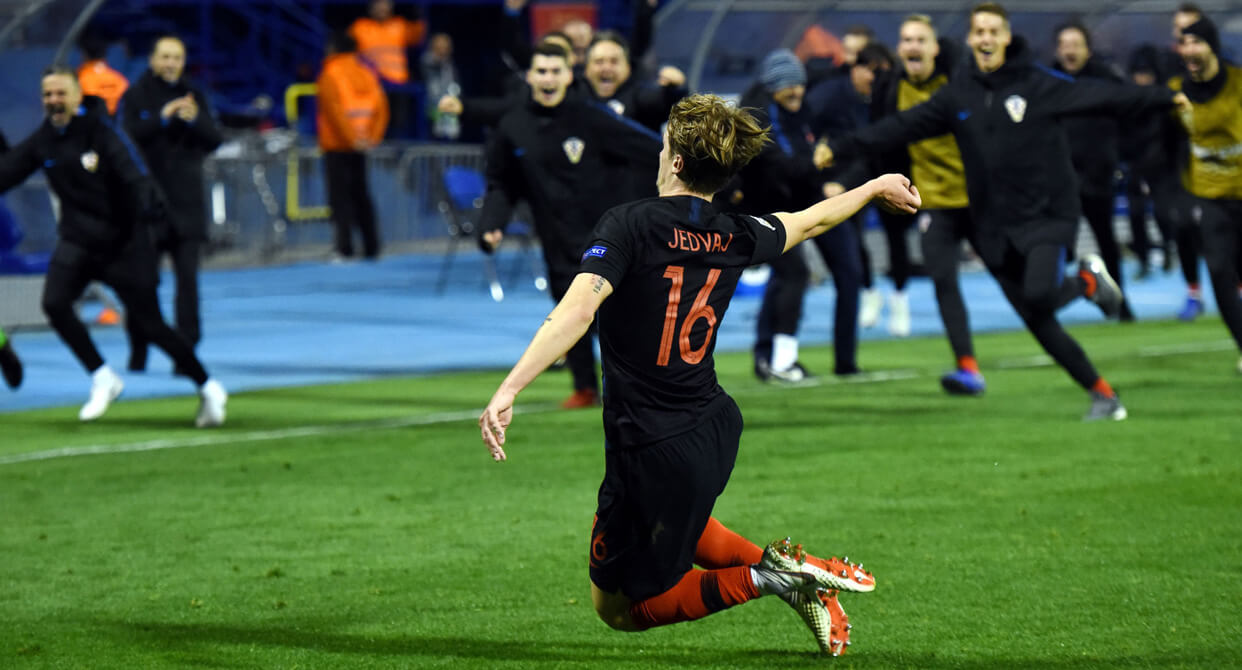 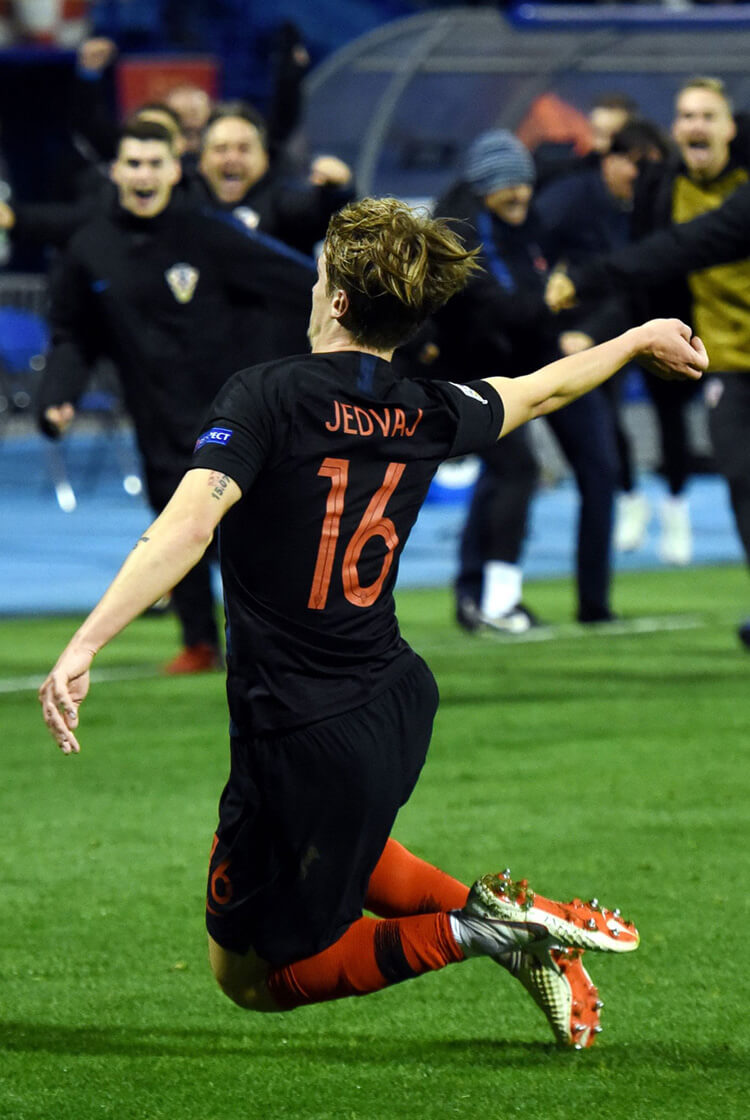 Another superb UEFA Nations League encounter ended with Croatia scoring a dramatic late winner against Spain in Zagreb. After a goalless first half, the match exploded after the break. Andrej Kramaric opened the scoring after a mistake by the visiting defence, but Dani Ceballos equalised with his first international goal just moments later. The hosts took the lead again soon after, full-back Tin Jedvaj meeting a Luka Modric cross to head his first goal for Croatia – but when Sergio Ramos coolly slotted home a second leveller for Spain from the penalty spot, a draw looked the most likely result. Step forward unlikely hero Jedvaj to slam home the winner in the third minute of added time and send the home crowd wild with jubilation. 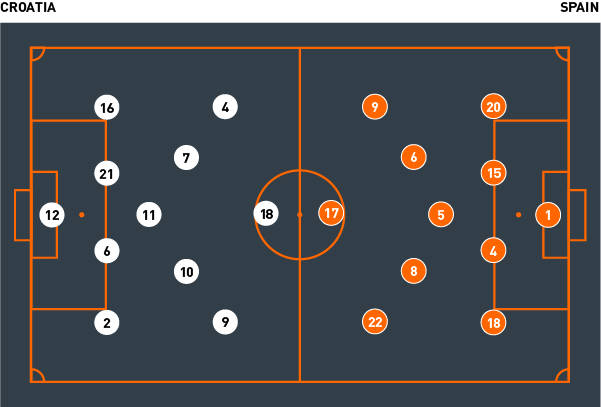 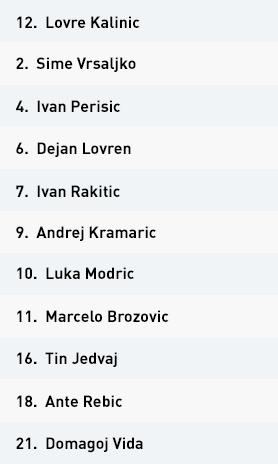 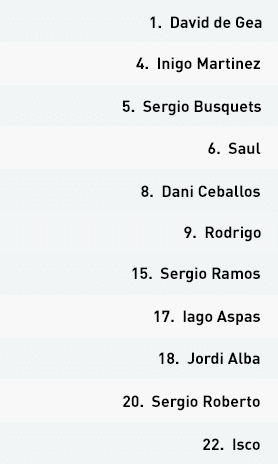 Zlatko Dalic set his Croatia team up in a 4-3-3 formation in possession, with Marcelo Brozovic, Luka Modric and Ivan Rakitic operating as a midfield three behind Ivan Perisic, Andrej Kramaric and Ante Rebic. The hosts were happy to concede possession against Spain and look for opportunities to counter-attack at speed. As soon as possession was turned over, the front three would sprint ahead to try to receive the ball behind the Spain defence.

On the occasions when Croatia would build, they would look to play vertically and with speed, regularly looking to combine around their high-pressing opponents. They would particularly look to exploit the areas in behind Spain’s attack-minded full-backs, Jordi Alba and Sergi Roberto, and then cross low for runners from deep. This was a strategy that yielded some good opportunities, although no goals – their first came from a mistake in the Spanish defence and their second and third both originated from high crosses into the box.

Out of possession, Croatia operated in a 4-5-1 mid-block with Perisic, Modric, Brozovic, Rakitic and Kramaric across midfield, and Rebic leading the line. The Croatian block was patient and well-organised; they wouldn’t look to engage until the ball was in their own half, and were happy for Sergio Ramos and Inigo Martinez to have the ball.

The hosts used a combination of man and space-oriented positioning out of possession, looking to protect the central areas but also being willing to track runners both deep and beyond. Full-backs Sime Vrsaljko and Tin Jedvaj would move with the wide Spanish attackers, Isco and Rodrigo, should they look to drop or move inside. On these occasions, the nearest central midfielder – Rakitic or Modric – would drop in to cover them so that Dejan Lovren and Domagoj Vida could remain in position at the heart of the defence.

While operating in the mid-block, Croatia would look to prevent forward play as a priority. The nearest man would look to apply moderate pressure on the ball-carrier in order to reduce his passing options, but he would only look to regain possession if his man then turned to face his own goal. As a result, lots of Croatia’s turnovers would come through interceptions.

On other occasions, Croatia would press high. If a Spanish player turned and played backwards, then the nearest man would apply higher pressure as the ball was travelling to its new destination; the rest of the team would support in a man-oriented structure, paying particular attention to Sergio Busquets. The hosts would also press high at Spain goal-kicks, in the form of a 4-1-4-1 in which Brozovic sat deep – it was from a high regain in this situation that Croatia forced the mistake that led to Kramaric’s opener.

Luis Enrique’s Spain team also operated in a 4-3-3 formation, with Sergio Busquets, Dani Ceballos and Saul in midfield and Isco, Rodrigo and Iago Aspas playing as a front three. The visitors would look to dominate possession, and tried to move the ball in order to move individuals in the Croatia block and create gaps through which they could penetrate.

Spain had to be patient in possession, but they found it difficult to move the Croatia players out of their slots and often resorted to long diagonal passes from Sergio Ramos and Inigo Martinez to the wide areas Croatia were happy to defend. But with the hosts so compact centrally and leaving minimal space in behind, any passes would have to be perfectly weighted. The visitors noticed Croatia’s man-oriented approach out of possession, and tried to take advantage by rotating in the first half. Isco in particular would try to drag Sime Vrsaljko around in order to create space, but it was an underused strategy and caused minimal problems as a result.

Two issues for Spain in possession were an inability to switch the tempo of their attacks – on the one occasion they did so, the move led to Ceballos equalising – and the numbers they kept in front of the Croatia block. This made it difficult to penetrate initially, but even more difficult to retain possession if they did manage to penetrate. Spain would move the ball into midfield and then immediately back to their defenders, in a bid to engage the Croatian press and open up spaces in between the lines and beyond – but the hosts remained disciplined and Spain only had a small amount of success with this.


Out of possession, Spain looked to press high and aggressively as often as possible in the same 4-3-3 structure they used in possession. The distance between the attacking and midfield lines would be much smaller than the distance between the defensive and midfield lines. Saul, Ceballos and Busquets would always be on the front foot, ready to initiate the next wave of pressing should the front three be beaten.

There was a very brief spell in the second half when Spain used a 4-1-4-1 mid-block – but this was just until a pressing trigger occurred, at which point they would initiate the high press again. They also looked to counter-press virtually every time they lost possession. This would see several players swarm the ball-carrier and try to regain possession rather than cutting off any specific passing lines.