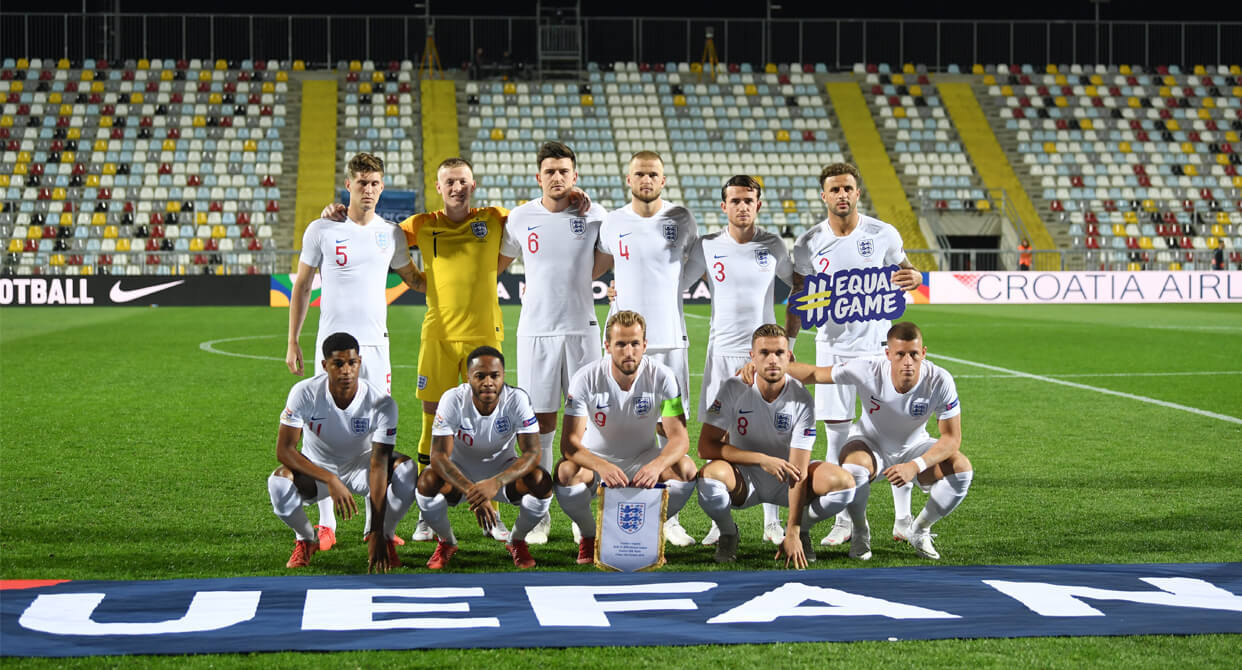 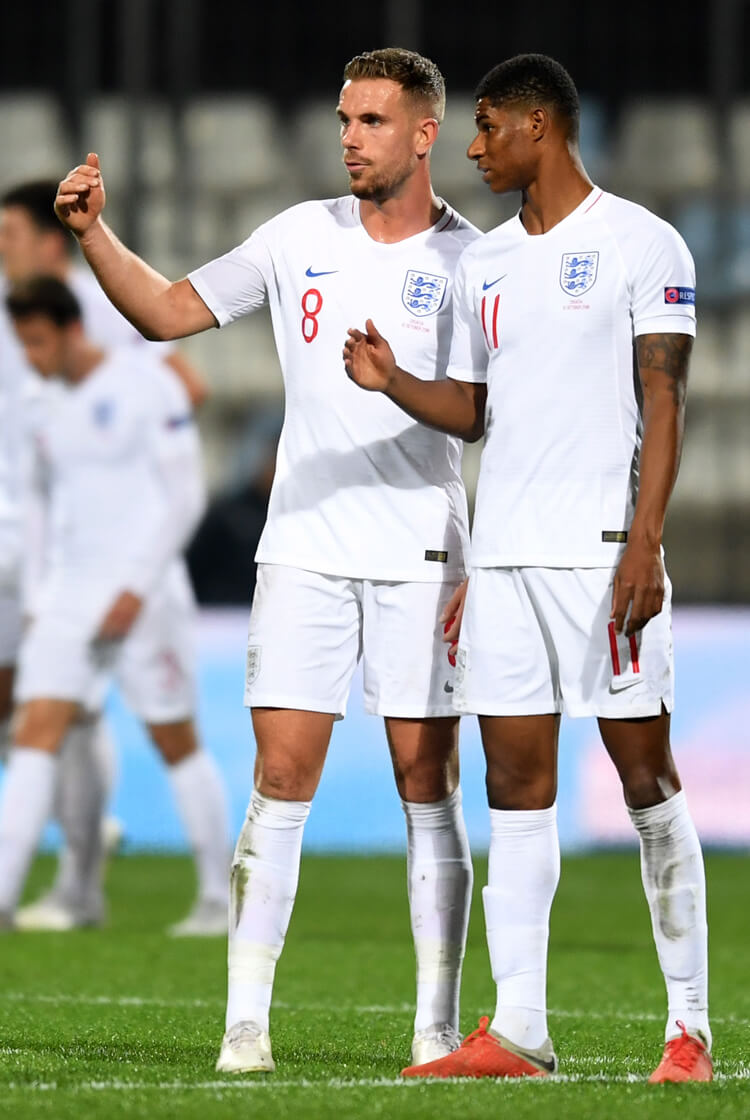 Croatia and England each won their first respective point of the inaugural UEFA Nations League, albeit in a stadium empty of both fans and atmosphere as a result of a punishment dished out to the hosts for a visible swastika on the pitch of a Euro 2016 qualifier against Italy back in 2015. Gareth Southgate’s players failed to avenge their recent World Cup semi-final defeat, but they probably should have done; they hit the woodwork twice, through Eric Dier and Harry Kane, while Marcus Rashford missed two clear one-on-one chances as the hosts struggled to threaten at the other end of the pitch. Spain, who have taken six points from their opening two games, are now in full control at the top of the group. 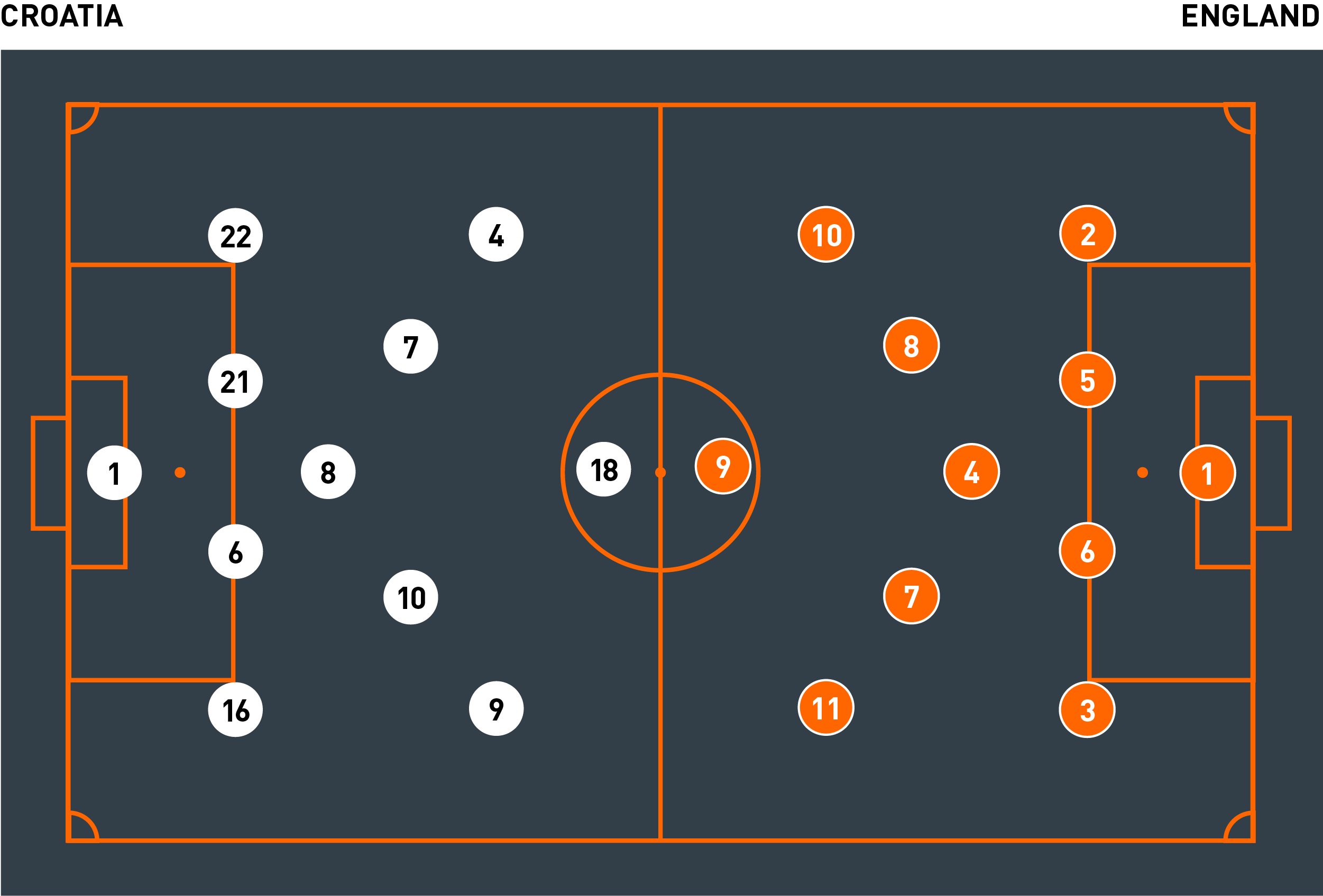 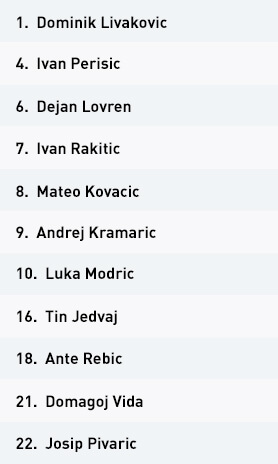 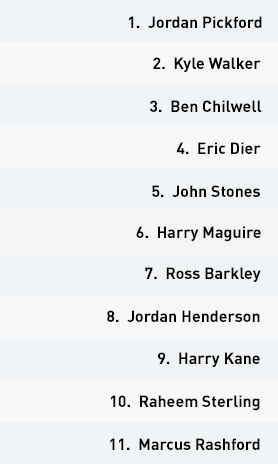 Croatia set up in a 4-3-3 formation, with Mateo Kovacic, Luka Modric and Ivan Rakitic forming the midfield three. Andrej Kramaric and Ivan Perisic operated in the wide areas, offering support to Ante Rebic in attack.

Zlatko Dalic’s players were particularly keen to exploit the wide areas and attack the England box with crosses. They would use Perisic and Kramaric to play early balls in behind their opponents’ back line for Rebic to attack, while they also looked to use full-backs Tin Jedvaj and Josip Pivaric to cause problems in the wide areas. The balls into the box tended to be low, delivered in behind the defence or pulled back towards the edge of the penalty area for late runs from the midfielders – their best chance of the match came in this way.

When England were defending in a block, it was harder for these attacks to be built – as an alternative, Croatia had to utilise switches of play from wide areas and half-spaces. The absence of centre forward Mario Mandzukic meant that higher crosses into the box from deeper areas were a less viable option than they had been at the recent World Cup. They would try to use the midfield three to encourage their opponents to press centrally and free up space out wide for crossing opportunities. Their build from the back was frequently disrupted by an aggressive high press, though, and many of their goal-kicks were consequently sent long, with England tending to win the first and second balls.

Croatia employed two strategies out of possession. Firstly, they would press England high, particularly when the visitors were playing out from the back. The positional set-up of this was to use Modric and Rakitic to support Rebic as the higher players, with Kramaric and Perisic dropping deeper. Rebic would press goalkeeper Jordan Pickford and show the play towards Harry Maguire, on whom Modric would typically lock. Should the ball go to John Stones, Rakitic would take up this role. By pressing in this way, Croatia made it difficult for England to play into their midfielders; the key was to try to show the visitors out wide and regain the ball in these areas.

The other strategy was a deeper 4-1-4-1 mid-block, where Kovacic would stay between the defensive and midfield lines as Perisic, Modric, Rakitic and Kramaric formed the midfield four behind Rebic. This structure was designed to allow the England centre-backs to have the ball and prevent them from playing into more advanced players.

In both strategies, their out-of-possession structure was very man-oriented. The advantage with this was that England players in advanced areas rarely received the ball under no pressure; the disadvantage was that England’s individuals were able to pull Croatia’s players out of defensively secure positions and create spaces to play through.

England set up in a 4-3-3 in possession, with Eric Dier, Jordan Henderson and Ross Barkley in midfield. Marcus Rashford and Raheem Sterling supported Harry Kane in attack.

Gareth Southgate’s men had possession for large parts of the game and were tasked with attempting to break down an organised block. Due to Croatia’s central compactness, they looked to exploit the wide areas, where the relationship between the full-backs and attacking midfielders was key. The movement and positioning of Rashford and Sterling in occupying the hosts’ full-backs and opening spaces in behind, coupled with the movement of Ben Chilwell and Kyle Walker in moving on the blind side of the wide midfielders, worked to create opportunities in advanced areas.

Due to the man-oriented nature of Croatia’s out-of-possession structure, Rashford and Sterling often had to drop in to receive possession. In doing so, they invariably had their back to goal with a defender close behind. It was therefore important that the pair had a support network ahead so they could set the ball back to a forward-facing teammate who could attempt to find the runner (typically the full-back) moving in behind to allow for penetration into the next phase.

In order to allow for the full-backs to make these runs so high up the pitch, Dier would regularly drop in between John Stones and Harry Maguire to form a back three. This provided an extra man in the build-up and offered sufficient security, should England lose the ball. Maguire and Stones could also position themselves in the half-space to give their team more width when building centrally.

Like Croatia, England also used two strategies out of possession. Their high press was performed when Croatia played short in their own defensive third and would typically be triggered by a horizontal pass from goalkeeper Dominik Livakovic into Dejan Lovren or Domagoj Vida. Kane would look to press and cut off the ball into the player occupying the pivot role at that time; Sterling or Rashford would then jump from pressing the full-back to centre-back (if either received the ball); and Henderson would remain close to the front line of the press, ready to apply intense pressure should a midfielder get on the ball while still in position to support his teammates’ press. Barkley would offer the same support on the other side, and the intensity was successful in forcing Croatia into several technical errors that occasionally led to immediate chances on goal. England’s counter-press upon losing possession in the attacking third was similarly effective.

The other strategy was a 4-4-2 mid-block, where Kane and Sterling would lead the line as Rashford tucked in with Henderson, Barkley and Dier to form a midfield four. In these situations, they would allow their opponents’ centre-backs to have possession, only looking to press when the ball went into the full-backs or one of the midfielders. The England centre-backs were comfortable in winning any headers when the hosts played long, and the midfielders would then often pick up the second balls. They tended to defend in pairs in the wide areas, with the nearest central midfielder or the recovering wide attacker assisting full-backs Chilwell and Walker, limiting their opponents’ opportunities from wide.