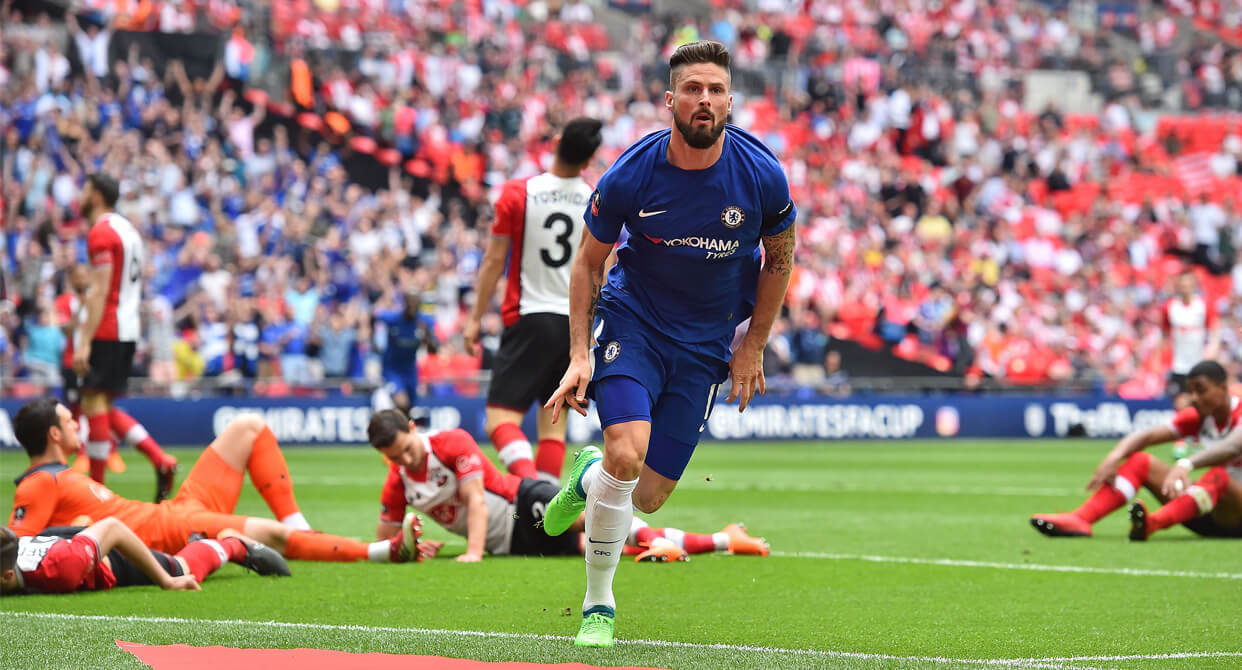 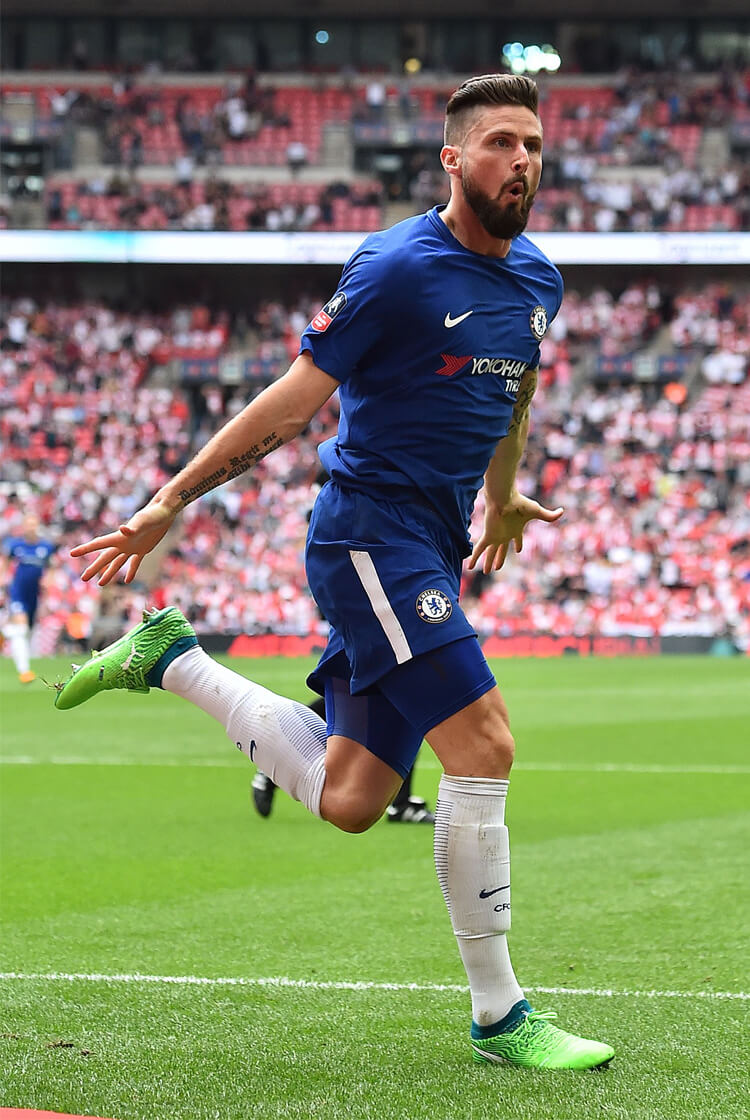 Antonio Conte and Chelsea could yet end a difficult campaign with silverware, as they set up an FA Cup final meeting with Manchester United by beating Southampton 2-0 in this semi final at Wembley Stadium. Olivier Giroud danced through the Saints defence to give Chelsea the lead at the start of the second half, before substitute Alvaro Morata combined with Cesar Azpilicueta to seal the victory as full time approached. Southampton frustrated Chelsea for large parts of the game – but, as has been their problem throughout the season, they couldn’t find the back of the net. Here, our professional coaches analyse the tactics and key moments from Chelsea’s win – and assess what went wrong for Mark Hughes and Southampton. 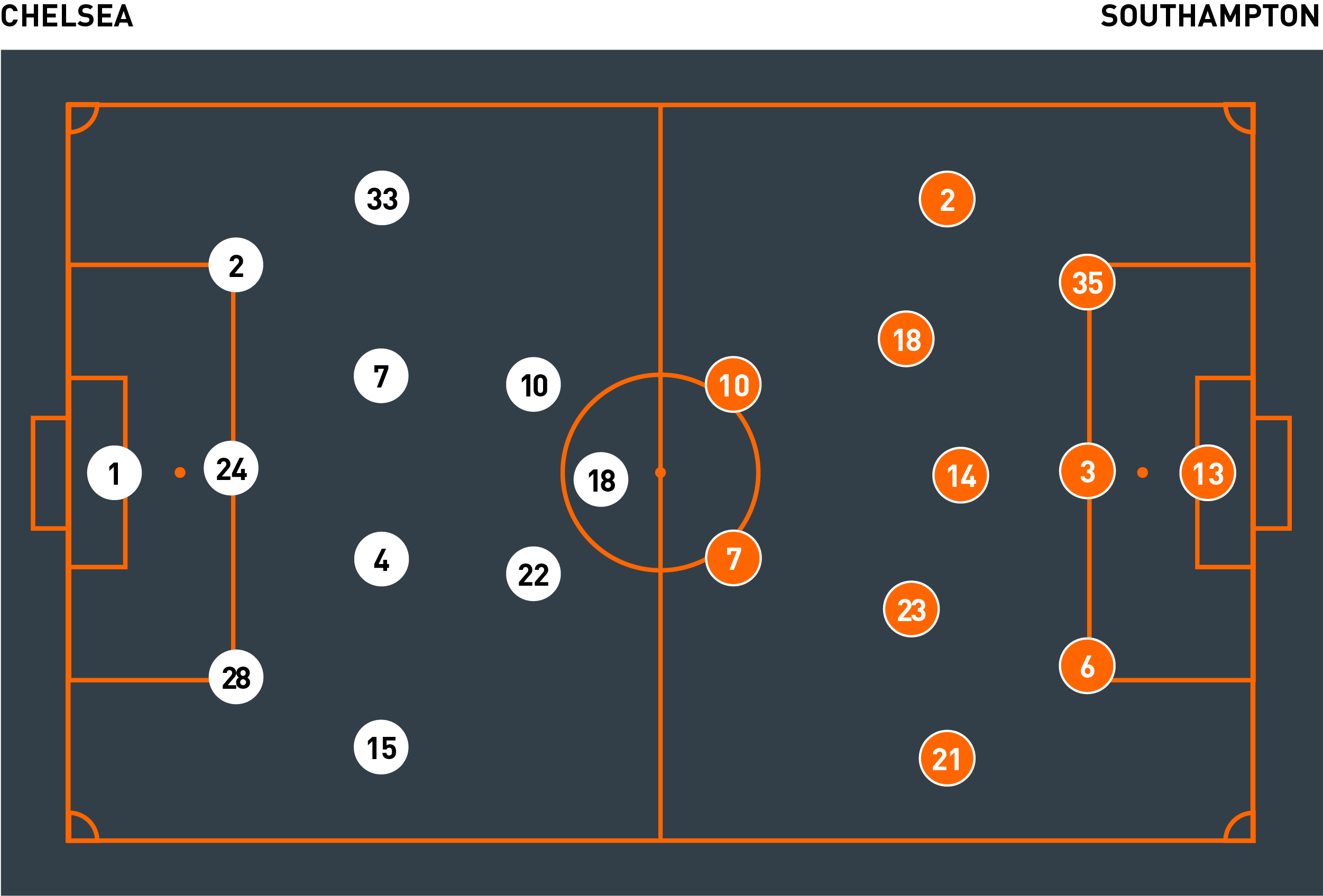 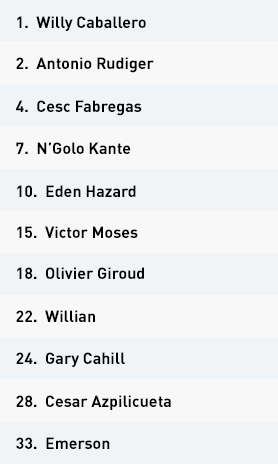 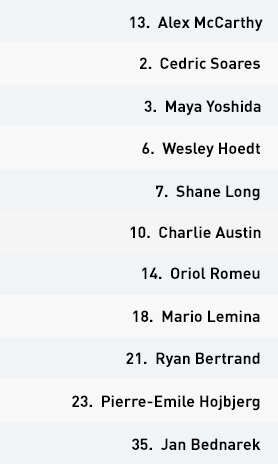 From the outset, Moses and Emerson moved high in an aggressive and proactive fashion. Naturally, this forced Southampton’s own wing-backs to retreat into a defensive back five, leaving space for Chelsea’s midfield to create centrally and dominate possession.

With Chelsea’s structure assembled, they managed to create significant central overloads, as Hazard and Willian played very centrally when supporting Giroud. The attacking pair also moved towards the ball rather than looking to get in behind Southampton’s defensive line. With Cesc Fabregas and N’Golo Kante similarly centrally positioned, Chelsea had four players against Southampton’s midfield three.

This structure wasn’t without its weakness, though. There was a clear lack of penetration through Southampton’s defensive unit – with only Giroud ahead of the ball, clear openings on goal were few and far between, and Chelsea became increasingly reliant on crosses from wide areas.

Southampton defended these well, with very little falling Chelsea’s way. Chelsea did look for attacking balls over their back line – with Fabregas in particular finding good pockets of space in the final third – but, in similar fashion to their crosses, they found it difficult to create meaningful attacks.

Despite their struggles going forward, Antonio Conte’s team made the perfect start to the second half, scoring within the opening minute to break the deadlock. Hazard and Willian, in contrast to the first half, were now looking to run in behind, which created problems for Southampton – and this movement led to their first goal. Hazard beautifully controlled a lofted ball from Fabregas over his shoulder before sliding in Giroud. The striker danced his way through the congested Southampton defence and expertly tapped the ball home.

While Chelsea lost some momentum after taking the lead, as Southampton reacted well to conceding, the central defensive trio of Gary Cahill, Cesar Azpilicueta and Antonio Rudiger were effective in winning their individual duels. Charlie Austin, who hoped to threaten in the air, was kept quiet and frustrated.

Southampton made three attacking substitutions in the second half, but it was Chelsea who doubled their lead. Azpilicueta moved forward from defence to support the central midfielders, who had now lost their overload, as Chelsea’s attackers ran in behind. From a carefully guided cross, substitute Alvaro Morata smartly headed Chelsea into a 2-0 lead and sealed an FA Cup final meeting with Manchester United.

Southampton began in a 3-5-2 structure. Charlie Austin and Shane Long started as two central strikers, with wing-backs Ryan Bertrand and Cedric Soares, as with Victor Moses and Emerson for Chelsea, providing width in attack and defence.

Southampton struggled to protect the ball in the early stages of the game, and consequently couldn’t put together large sequences of passes. They used long balls from deep early on to test the resolve of Chelsea’s defensive unit – but these were largely a waste and often handed Chelsea possession back.

While Southampton were very much in the game as Chelsea struggled to break the deadlock, Oriol Romeu and Pierre-Emile Hojbjerg, who looked to orchestrate the build-up from midfield, struggled to overcome Chelsea’s central overload.

As a result, they again resorted to longer balls in to Charlie Austin when they might have been better to utilise the wide areas. With Southampton’s midfielders becoming frustrated, they kept possession safe and secure, with minimal penetrative forward passes. While they saw plenty of the ball, their possession was meaningless, as they aimlessly switched along the back line from one side to the other.

Southampton would nonetheless have been pleased to go into the break goalless – making their start to the second half all the more frustrating. The Saints went 1-0 down within the first minute, as they struggled to handle Chelsea’s forward runners and couldn’t stop Olivier Giroud from dribbling past multiple defenders to tap home.

Conceding did, however, force them into lifting their momentum. Hojbjerg and Mario Lemina began to move ahead of the ball, and crucially positioned themselves in between Chelsea’s defensive lines. With Eden Hazard and Willian now moving in behind, Chelsea’s central overload was less effective – especially when Southampton quickly transitioned into attack after regaining possession.

Once Chelsea scored their second late on, however, Southampton’s hopes of an FA Cup final appearance faded. They could hope only for a consolation goal in the few minutes remaining, which wasn't forthcoming, as Chelsea secured a 2-0 victory.

Chelsea’s central overload was key. With attacking midfielders Eden Hazard and Willian playing inside, wing-backs Victor Moses and Emerson could overlap and create attacking width. Along with Giroud as the central striker, the wing-backs pinned back Southampton’s back line, leaving them disconnected from their central midfield.

Willian and Hazard dropped short to accompany N’Golo Kante and Cesc Fabregas in central areas. This created an overload of four on three against Southampton’s midfield trio. Despite this, Chelsea struggled to penetrate due to a lack of numbers either in the box or simply ahead of the ball. Fabregas did manage to find some advanced pockets of space, but Chelsea still lacked a clear-cut chance to score.

As Willian and Hazard began to run ahead of the ball in the second half, Chelsea began to lose their central overload. But with this, they penetrated much more, and Hazard's desire to run beyond led to their opening goal. These movements stretched Southampton’s back line, and Olivier Giroud capitalised by finding the space to score the opening goal.