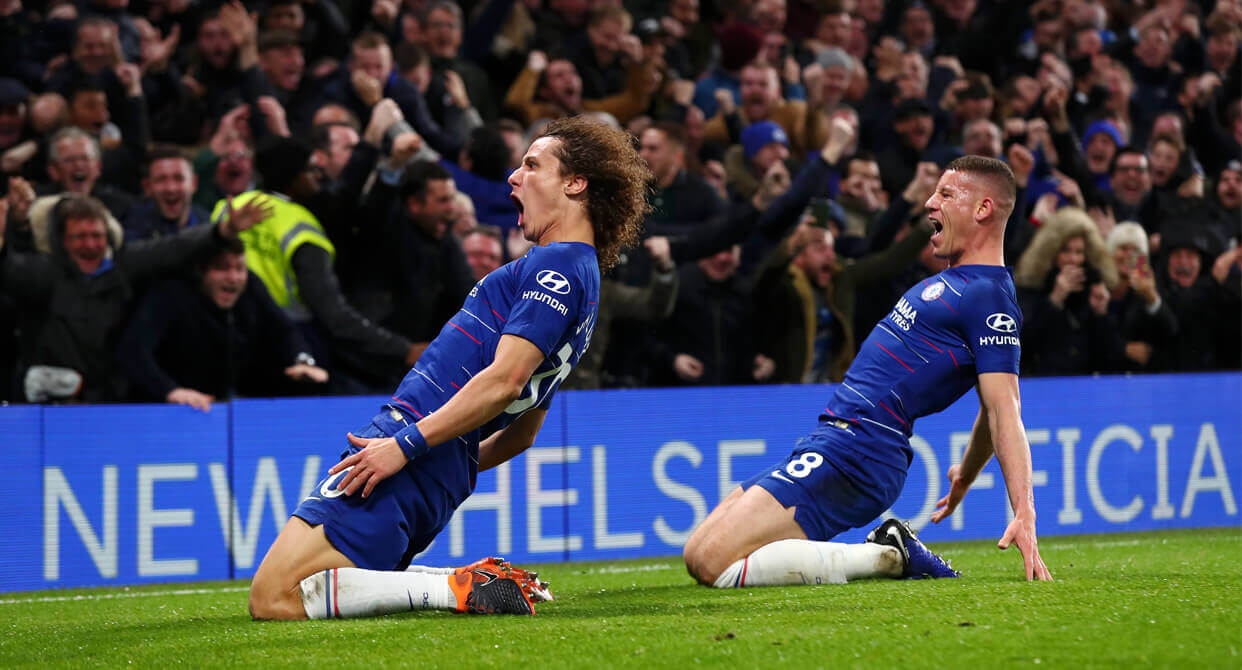 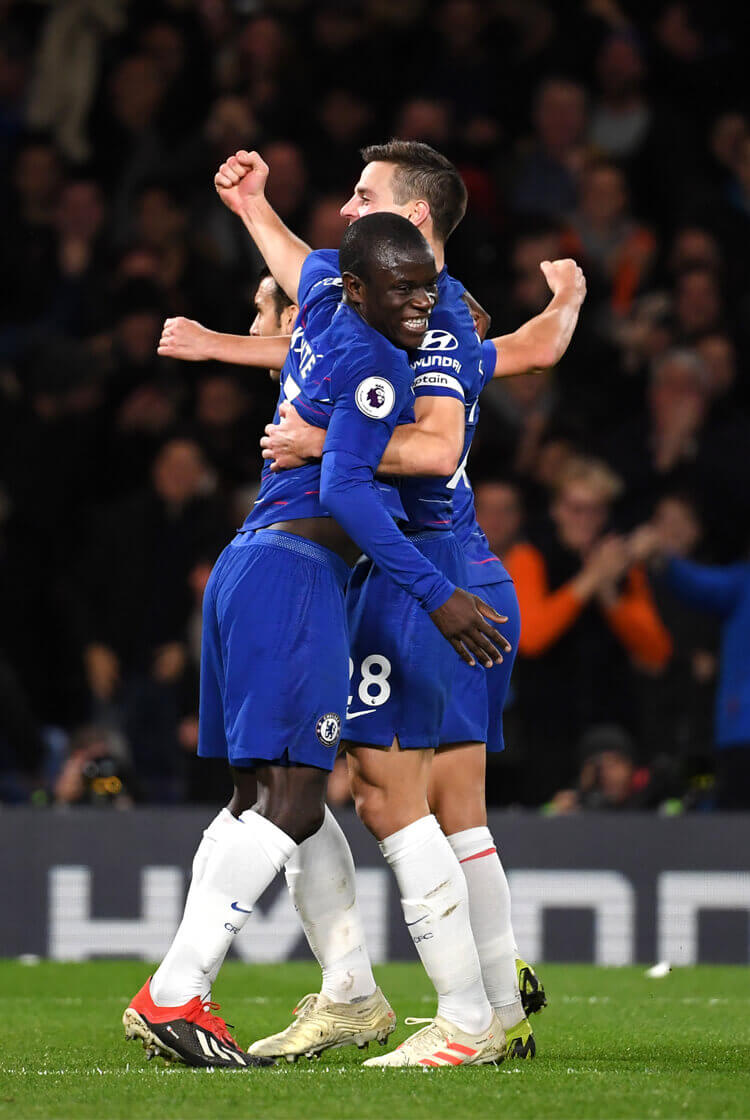 Chelsea inflicted a first Premier League defeat of the season on Manchester City, with N’Golo Kante and David Luiz the goalscorers at Stamford Bridge. Maurizio Sarri couldn’t have asked for a better response to the midweek defeat to Wolves, as his players delivered a confident and controlled performance against the defending champions. City were dominant in the first half, but failed to capitalise on their bright start and were made to pay when Eden Hazard set up Kante to fire the ball past Ederson on the stroke of half-time. Clearly lifted by taking the lead, the Blues moved through the gears in the second period, rarely offering their opponents an opening on goal. The result, which was sealed when David Luiz headed home from a late corner, saw Liverpool retain the top spot they had temporarily gained by beating Bournemouth earlier in the day. 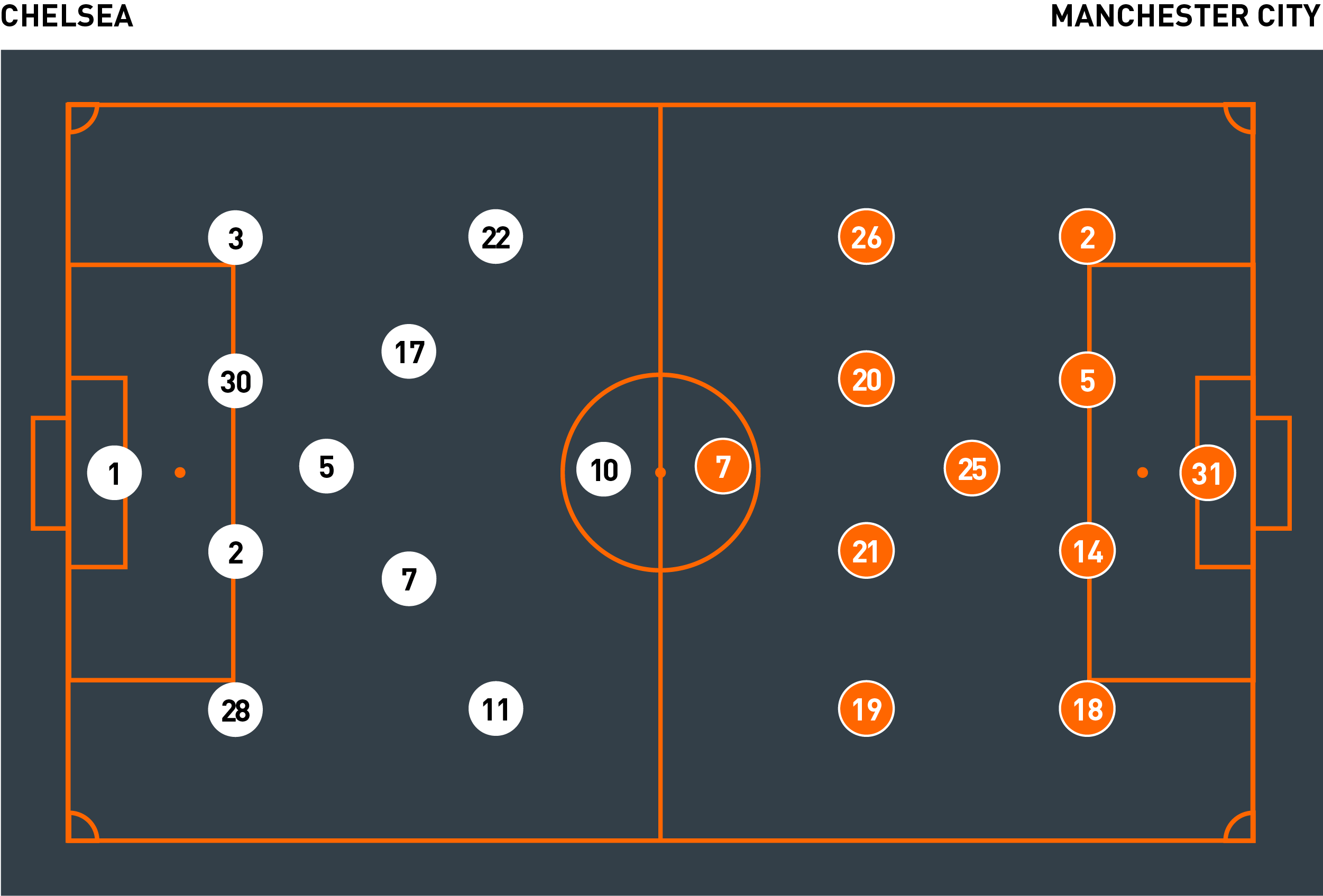 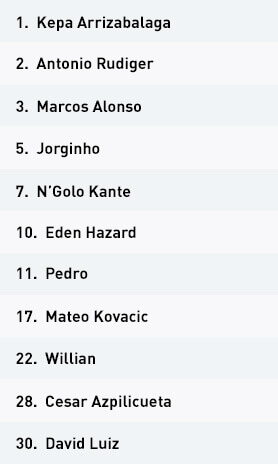 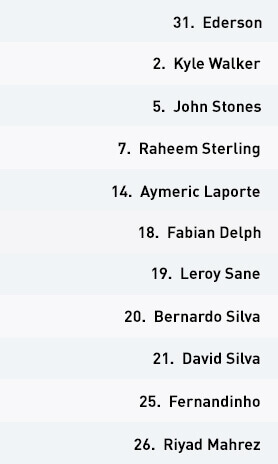 Chelsea set up in a 4-3-3 formation, with Jorginho, N’Golo Kante and Mateo Kovacic as the three central midfielders in a one-two triangle with Jorginho at the base. Willian and Pedro took on the role as the wide attackers, while Eden Hazard operated as the centre forward with deep-lying tendencies.

Maurizio Sarri’s players looked to build from the back, encouraging the centre-backs and Jorginho to play short passes before moving the ball wide. Here, they would try to overload Manchester City by using the full-back, near-side centre-back, Jorginho, near-side central midfielder and wide attacker to outnumber their opponents and bypass the midfield.

Chelsea enjoyed success on their right-hand side using this strategy, where they would regularly create a two-on-one situation for Kante and Pedro against Fabian Delph. Delph would travel a long distance from his defensive line to track Pedro; recognising this, Kante would then move to an advanced position beyond to create the two-on-one.

Similarly, Willian and Pedro would often be positioned on the touchline with the ball played into their feet – this would trigger the underlapping runs of Kante or Kovacic, into the space vacated by the full-back who had moved to press the wide attackers. They also looked to use switches of play to disorganise the City structure, particularly as they would have to commit players to one side to deal with the overload. It was a double switch of play that led to the hosts’ opening goal, eventually struck home by Kante, moments before half-time.

Out of possession, Chelsea utilised two strategies. When the ball was with City goalkeeper Ederson or deep with the centre-backs, they would operate in a man-oriented high press. Crucially, the centre-backs would be pressed by Kovacic or Kante, depending on what side the ball was, while Hazard screened the ball into Fernandinho. Willian and Pedro would then tuck in to screen the balls into Bernardo Silva and David Silva, while also being in a position to press full-backs Delph and Kyle Walker, should they receive possession from the centre-backs.

They would try to encourage City to play out wide and would then defend the wide areas with their wide attacker, nearest central midfielder and full-back. Jorginho would also offer support, making it very difficult for the visitors to exploit the wide areas they were being shown.

The other strategy was a 4-5-1 mid-block, where Pedro and Willian would tuck in with Kante, Kovacic and Jorginho to form a midfield line of five. This unit would remain very compact centrally, restricting the supply into playmakers Bernardo Silva and David Silva, and forwards Leroy Sane (later Gabriel Jesus), Riyad Mahrez and Raheem Sterling.

Manchester City set up in a 4-1-4-1 formation, with Leroy Sane, Bernardo Silva, David Silva and Riyad Mahrez operating behind Raheem Sterling. However, Sterling and Mahrez would frequently rotate the responsibilities of right-sided wide attacker and centre forward.

City were noticeably reliant on their back four and Fernandinho to penetrate through the Chelsea midfield in the early stages. Their five attackers would be positioned behind the midfield in an even spread across the pitch – should they manage to penetrate, they would have an immediate advantage. They ran into real problems in achieving this, though, and started to drop players deeper.

Interestingly, full-backs Kyle Walker and Fabian Delph took on more reserved positions than are familiar with this team, perhaps in an attempt to attract Willian or Pedro when the ball was played into their feet. At the same time, Sane or Mahrez would drop deeper to offer support out wide, allowing Walker or Delph to bypass the hosts’ midfield outside with a pass into their feet.

The most common pattern of play, particularly in the first half, was to send the ball out to Sterling or Sane, who would then link with Bernardo Silva or David Silva inside. As these players were positioned behind the Chelsea midfield, it was then possible to initiate an attack. They would try to sweep the ball diagonally forward with short passes across the pitch and attack the other side of the box.

They also tried to exploit these areas by moving Bernardo Silva and David Silva wide, while Sane and Sterling pinned Marcos Alonso and Cesar Azpilicueta back. Wary of opening gaps inside for penetration, the Chelsea midfielders wouldn’t track the attacking midfielders out wide – this method brought some success for City.

One approach that yielded continuous success was in enticing Willian to press their centre-backs or goalkeeper instead of Mateo Kovacic. Walker would then be left free to receive outside and run forward with the ball, creating a two-on-one with Bernardo Silva against Kovacic. Alonso couldn’t leave his unit to offer support because of the high positioning of Sterling or Mahrez, thereby allowing for a successful bypass of the first line.

It was progressing the attack inside Chelsea’s half that proved problematic. Due to the more defensive positioning of Walker and Delph, City lacked numbers going forward and were often crowded out in the wide areas and half-spaces. The hosts’ out-of-possession structure was both well organised and difficult to break down.

If the ball was on City’s right when playing out, Sterling, Bernardo Silva, David Silva and Mahrez would lead the press, while Sane tucked in on the other side to discourage the switch and Walker pushed up to press Alonso. The same system took place on the other side, but with Mahrez/Sterling staying deeper and Delph pressing Azpilicueta.