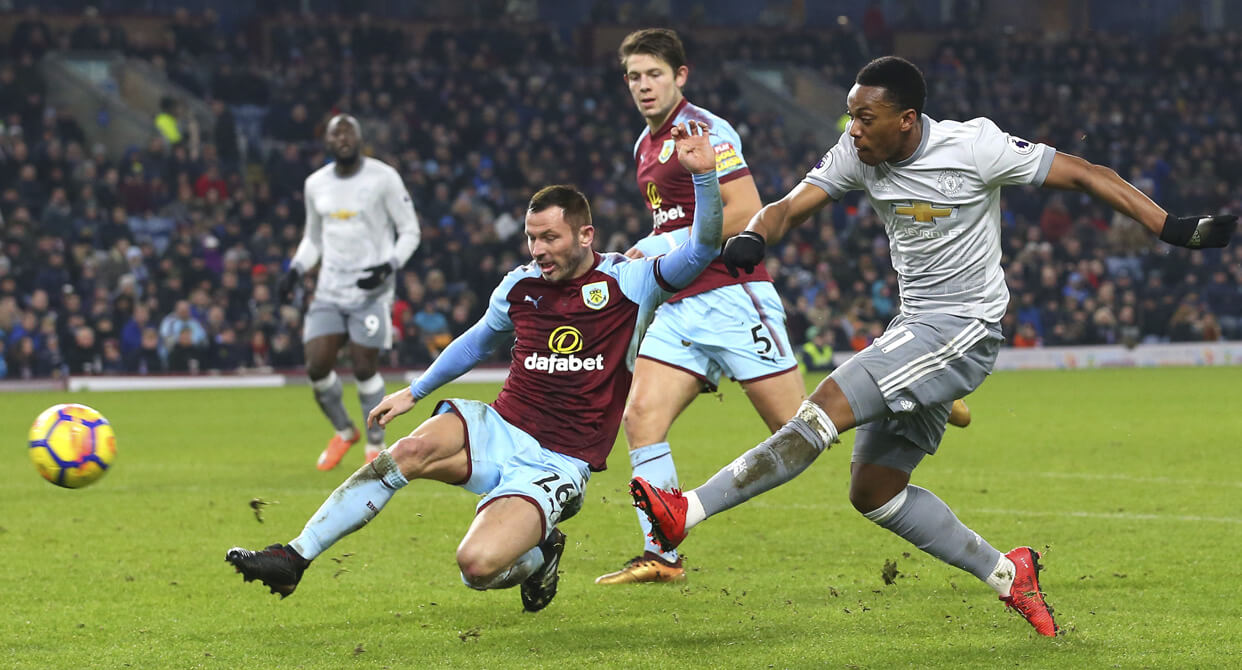 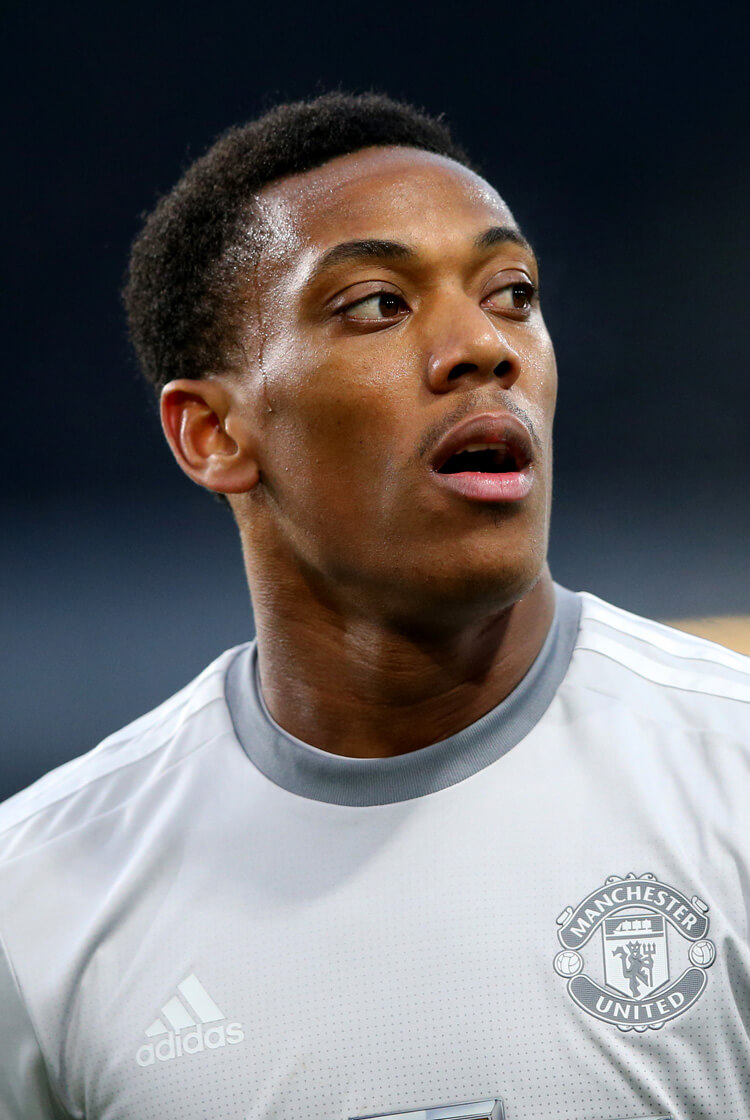 Manchester United kept up their distant pursuit of local rivals Manchester City at the top of the Premier League table, with this hard-fought away win at a Burnley team struggling for form. A clash featuring two strong defensive units was never likely to produce fireworks, and so it proved in a game that produced few real chances. The visitors’ extra edge on the counter-attack proved decisive, Romelu Lukaku setting up Anthony Martial to score the only goal of the game early in the second half. 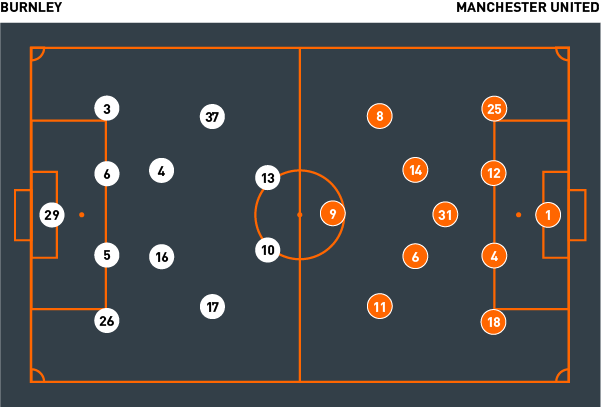 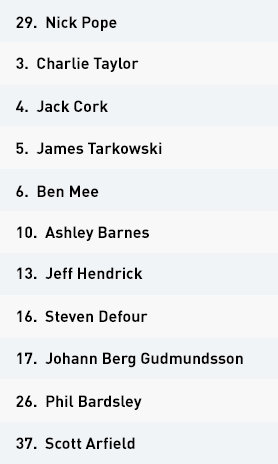 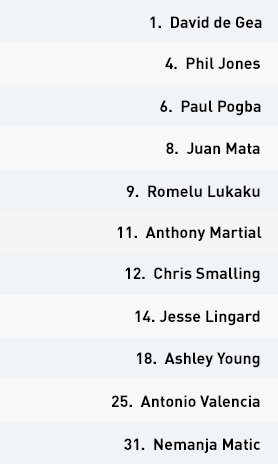 Sean Dyche’s Burnley started in a 4-5-1 but switched to 4-4-2 in attack. The front pair of Ashley Barnes and Jeff Hendrick pressed hard, with the support of Jack Cork and Steven Defour, in an attempt to prevent Manchester United playing out from the back. Hendrick was also quick to drop into midfield and provide defensive cover in the central channel, with a view to stopping United finding a route through the home side’s compact defensive unit.

The Clarets pressed as a team, making it more difficult for United to move up the pitch, and held the right defensive shape to avoid gaps appearing in between the lines. They were equally compact and comfortable dropping back to defend on the edge of their own area, but kept numbers on the flanks to restrain the attack-minded United full-backs. They were typically strong at defending crosses into their box.

Burnley reorganised well in their defensive transition, initially pressing the man on the ball and then dropping back into their own half. The first player to press did a vital job in giving his defensive teammates time to reorganise comfortably, making it difficult for United to counter-attack quickly. On one of the few occasions United were able to break effectively, however, Anthony Martial scored what became the decisive goal.

In attack, Dyche’s team went direct. Nick Pope, who made some impressive saves, and his back four played the ball quickly to Barnes or Hendrick, who looked for teammates – most notably Johann Berg Gudmundsson – to join the attack from midfield. The wide players managed to use the space in behind Paul Pogba to put pressure on Nemanja Matic, but in the final third they struggled for penetration. Their crossing game rarely threatened a well-organised United defence.

While they were quick to launch counter-attacks, poor decision-making and slow passing often restricted the home side’s effectiveness in this area. They looked to offer a threat from set-pieces, again with Barnes as the chief target, but they lacked the accuracy required to seriously trouble David de Gea in the United goal.

Jose Mourinho employed a 4-1-4-1 formation, both in attack and defence. The manager stationed Paul Pogba in front of Nemanja Matic, with Juan Mata, Jesse Lingard and Anthony Martial completing a four-man midfield line. Pogba and Romelu Lukaku piled pressure on the Burnley back four, forcing them to play direct into their two strikers, with Matic tasked with marking Ashley Barnes.

United were not compact in midfield, Pogba’s position generating a significant space ahead of Matic, who had to deal with a numerical disadvantage around him. Their defensive unit was exposed in this area on a number of occasions – but they stood firm in the final third, where the pace of Phil Jones and Chris Smalling ensured they were rarely bypassed. Mourinho replaced Mata with Marouane Fellaini on 74 minutes, the Belgian sitting alongside Matic in a reshaped 4-2-3-1.

In their defensive transition, United tried to reorganise quickly after losing the ball and developed two defensive structures: the first around the ball to neutralise nearby players, and the second near the Burnley forwards.

In attack, Mourinho’s gameplan struggled to gain United the control of possession they needed to consistently threaten the hosts. David de Gea and his back four mostly played it long into Romelu Lukaku, who tried to hold the ball up and give his teammates time to make attacking runs.

They regularly lost possession in midfield, where Pogba failed to do any significant damage, so instead looked to hit the final third as quickly as possible. Their crosses lacked depth, however, which meant they rarely troubled a conservative Burnley back four.

On the counter-attack, however, they had more joy. Their first action after winning the ball was always to try and play into Lukaku, who would look for teammates in space – exactly the approach that led to Martial’s winning goal on 54 minutes. United are a team that make the most of the counter-attack; they can open up games that might not otherwise be won by regular attacks alone.

A typically robust gameplan from Sean Dyche, built on his side’s defensive strength and threat on the counter-attack or from set-pieces.

The high positioning of Paul Pogba left space in behind, which left Nemanja Matic exposed. The Burnley midfield were able to exploit this, but struggled further forward.

The home side often lacked the swiftness of passing required to trouble a well-organised Manchester United defence on the counter-attack. The player on the ball too often had to wait for supporting runs from teammates.

By contrast, United were effective on the counter-attack. Jose Mourinho’s team worked out how to take advantage of the minimal space that Burnley left around Nick Pope’s penalty area – this led to Anthony Martial’s 53rd-minute winner.

Otherwise, a lack of attacking movement from United in the final third. Their forwards failed to show the necessary dynamism around the box to create good shooting opportunities.