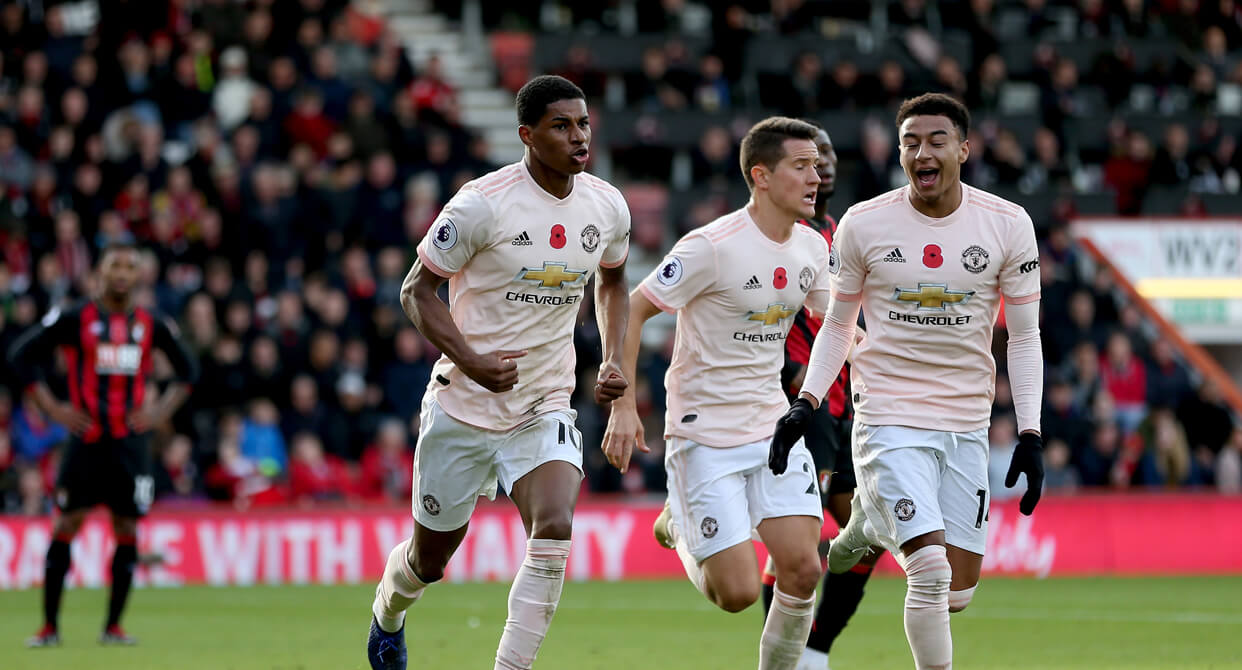 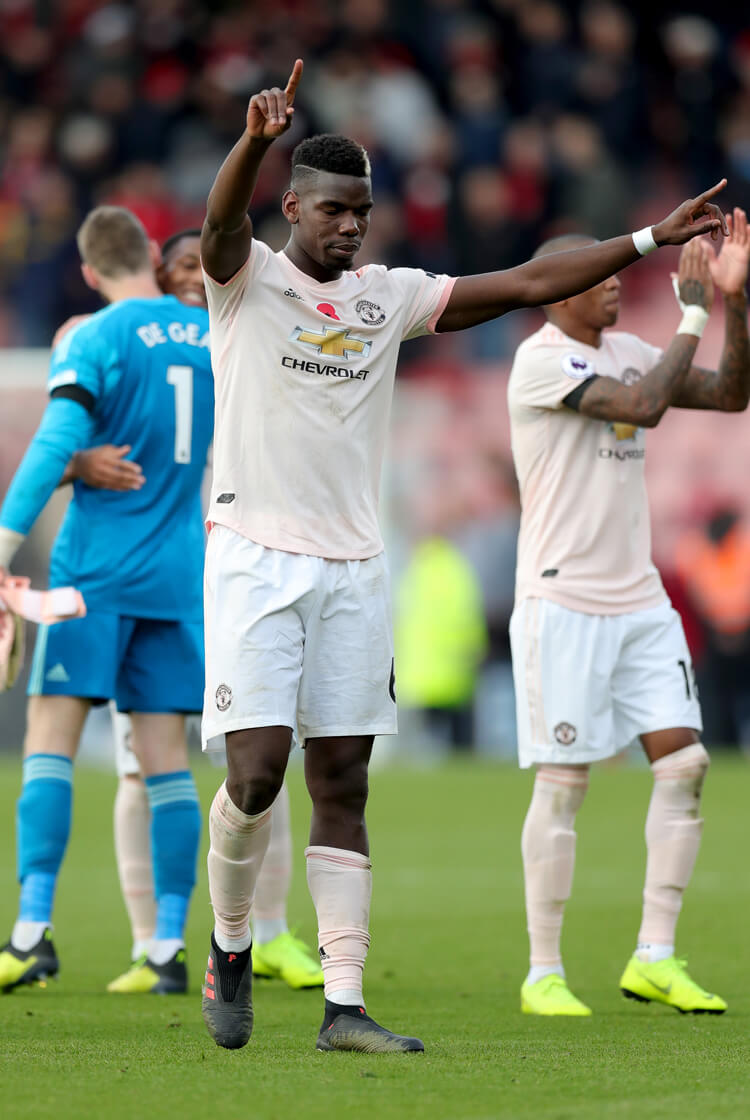 Marcus Rashford hit an injury-time winner as Manchester United came from behind to steal the three points from Bournemouth at Dean Court. The Cherries started the far brighter team, and took the lead 11 minutes in when striker Callum Wilson met the cross of Junior Stanislas to tap home. They had chances to increase their advantage before Anthony Martial continued his fine run of goalscoring form to equalise as half-time approached. Jose Mourinho’s players improved after the break, but they left it late to grab the victory. A scramble in front of Asmir Begovic’s goal resulted in substitute Rashford breaking Bournemouth hearts to seal the win for United in the closing stages. 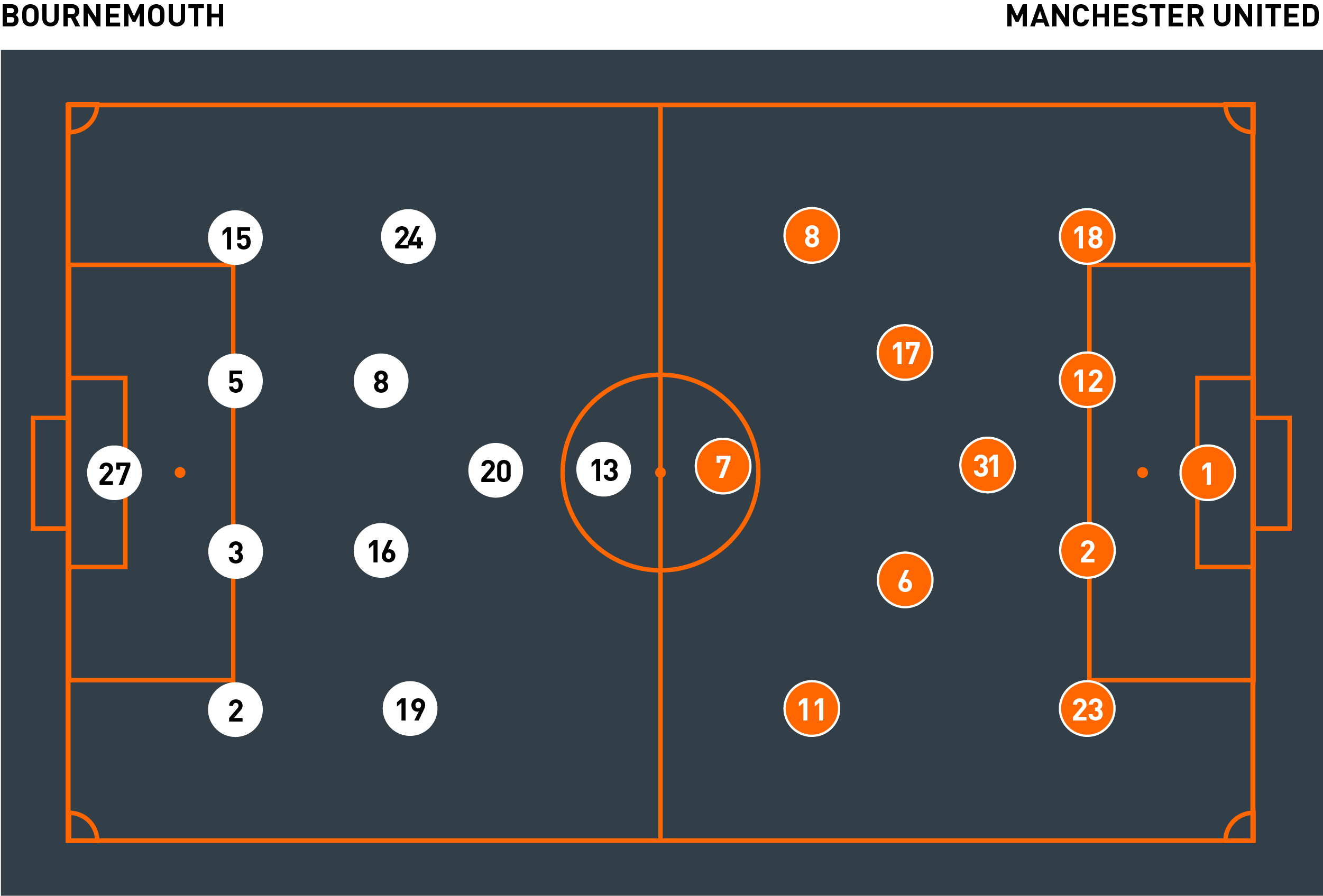 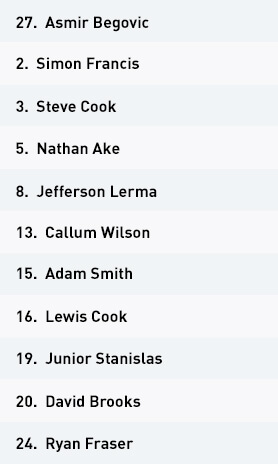 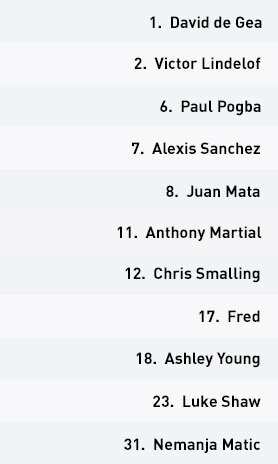 Bournemouth’s wingers stepped forward during moments of transition. Rotations within the attacking unit initially disoriented the visitors’ recovering defenders, as Callum Wilson would move towards the ball, often becoming a temporary winger. Central number 10 Brooks would then replace Wilson as the striker, while Fraser would move inside to the space vacated by Brooks. This allowed for counter-attacks in the central lane.

Bournemouth’s first-half attacking structure also benefited from playing right-footed Adam Smith at left-back, as they focused on exploiting Juan Mata’s movements. With Mata moving away from his right side of midfield, Smith drove forward on the angle, pulling Fred away from United’s double pivot – this created more space for playmaker Brooks to link with forward runners.

Stanislas, Fraser and Wilson all had chances stemming from left-sided combination play. They deservedly took the lead as a brilliantly disguised reverse pass from Cook found Stanislas after United had only partially cleared a corner. The latter provided a low first-time cross and Wilson tapped home from close range.

The hosts also made use of Smith’s forward running, as he stretched in behind and drove forward with the ball at his feet. During their right-sided build-up, Fraser moved inside, balancing the numbers against United’s central midfield trio. With Young dragged inside to follow him, Smith had space to maraud into – and the home side could then switch from right to left and penetrate in behind. After receiving these switches, Smith would cut inside on to his stronger right foot, providing dangerous low crosses across goal.

Bournemouth continued to look for their left side in the second half, but with the visitors changing personnel early on – Ander Herrera replaced Fred and Marcus Rashford replaced Mata, resulting in Alexis Sanchez moving over to the right – attacking space was noticeably reduced.

Fraser’s lack of inside runs also reduced Smith’s impact from left-back, as Young could now comfortably deal with switches of play from their back line. The Cherries’ inability to adapt their attacking play ultimately cost them the second half. They had a brief period of pressure towards the end, courtesy of substitute Jordan Ibe – who drifted inside from the left, allowing Brooks to attack the space outside once more – but the hosts failed to beat De Gea again.

The hosts enjoyed most of the attacking play in the first half and were therefore required to do little defending. When they endured a lengthy spell without the ball, they converted into a 4-4-2 mid-block, with Brooks assisting Wilson in blocking United’s central access.

Having only one full-back attack high in possession also enabled the Cherries to block off potential counter-attacks more effectively. The danger of having both full-backs pushed higher is the spaces left for opposing wingers – but this wasn’t an issue for the hosts, as right-back Simon Francis often remained a fixed part of the back line to form an asymmetrical back three.

Despite having looked solid out of possession, Bournemouth conceded after the midfield was unable to recover a loose ball. From here, Young’s attacking width penetrated around the back line before Anthony Martial finished from close range to equalise.

As Fraser and Stanislas stepped inside during the Cherries’ attacks, they continued to pull United’s full-backs inside with them. However, as the visitors’ defensive midfield frequently regained possession in the centre of the park, Bournemouth were more vulnerable to incisive passing moves through their midfield. Luke Shaw in particular stepped forward, as United started to exploit central gaps through quick one-two combinations in the second half.

Within this structure, Mata would move inside from his wide right role – sometimes to help link play on the left. As a result, right-back Ashley Young was required to provide attacking width and was forced to step higher than he may have liked given the threat of Ryan Fraser on the break. With Fred and Matic rarely stepping ahead of the ball, Pogba was charged with linking with lone forward Sanchez, who became increasingly isolated against the hosts’ four central players. Sanchez soon provided more direct movements in behind, with little service into his feet.

With Pogba also beginning to drop behind the ball as his passing options became limited, his influence between the lines naturally decreased. United’s central presence was almost non-existent, as they looked for balls in behind for Sanchez to run on to. Only when Martial moved inside to plug the gap did the visitors carry a threat – but this was too infrequent and often unplanned. A lack of numbers between Bournemouth’s lines meant first-half penetration was rare, as they continued to search for balls over the defence for Sanchez to chase.

The equaliser did come in the 35th minute, after they had built short from goalkeeper David de Gea. Despite losing possession after building into midfield, Sanchez regained the loose ball and set Young away down the right. The full-back crossed low for Martial, who had once more drifted inside to add to United’s central attacking presence, to finish.

United’s attacking presence grew in the second half, as the double pivot of Fred (and then Ander Herrera) and Matic won more duels than they had in the first. This in turn reduced the hosts’ attacks and allowed United to drive forward from the midfield third. Luke Shaw, for the first time in the match, travelled forward from left-back; as Martial moved back into the wide area, Shaw could combine and drive inside before attacking the huge spaces between the lines.

United’s structure in attack became a more defined and traditional 4-3-3, as Matic became the single pivot, allowing Pogba and Herrera to step ahead of the ball and give deeper teammates more forward passing options. Pogba’s rebounded effort was just cleared off the line during a set-piece, as the visitors fired multiple balls through the midfield, trying to combine and penetrate centrally. Substitute Marcus Rashford’s central combination with Pogba proved effective, as the England international buried Pogba’s cross to steal all three points late on.

With Young stepping higher in the first half, United’s out-of-possession vulnerability on the right wasn’t helped by Mata drifting across to overload the left side, with Fred then forced to leave the central lane to cover. From here, United’s 4-2-3-1 out-of-possession structure was exploited on the break.

During longer spells of possession, Bournemouth still managed to create chances – mainly from their left, as left-back Adam Smith’s runs in behind added variety of attack. Young thus became more conservative in possession, remaining deeper and more connected to his back line. Mata’s recovery runs ahead of Young were consistent, but the Spaniard did little to prevent Smith cutting inside and getting crosses in towards the hosts’ front line.

Young’s deeper positioning, and his partnership with right-sided centre-back Chris Smalling, eventually nullified the Cherries’ left-sided counters, especially during defensive transitions. With Mata eventually replaced by Rashford, and Sanchez moving out to the right, the visitors’ right side as a whole became more solid. Young was now no longer forced to provide attacking width and could nullify the threat of Fraser, who was locked away from the ball.