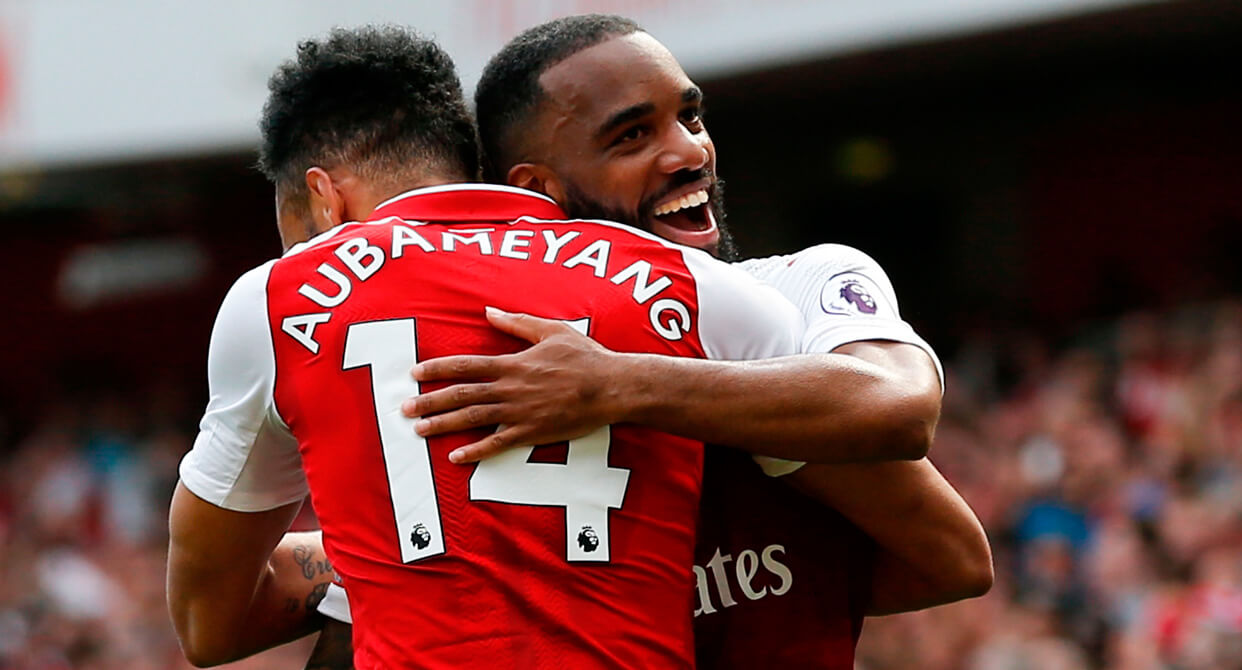 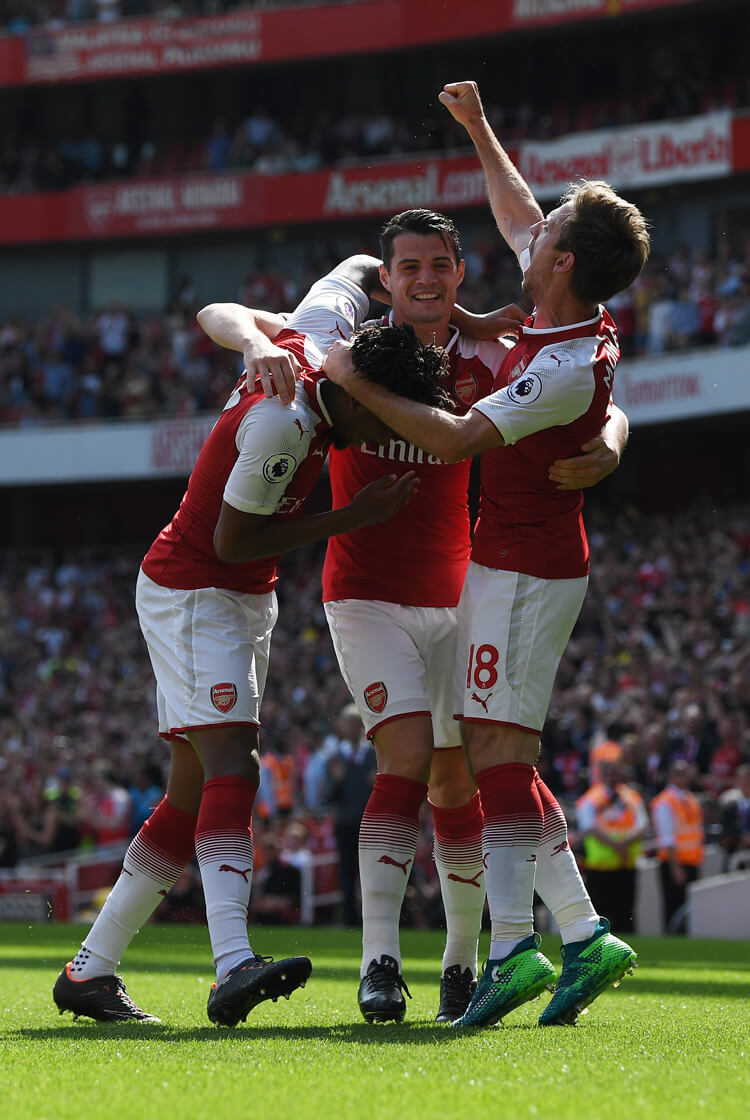 Arsene Wenger, who announced he would be leaving the club at the end of the season after almost 22 years in the Arsenal dugout, watched in delight as his team beat West Ham 4-1 at the Emirates. Marko Arnautovic had cancelled out Nacho Monreal’s opening goal before three goals in the final 10 minutes – one from Aaron Ramsey and a brace from Alexandre Lacazette – sealed the win for the Gunners. It was the ideal result with which to begin Wenger’s long farewell – and he will be hopeful his team carry this form into their Europa League semi final against Atletico Madrid. Here, our professional coaches analyse the tactics and key moments from Arsenal’s victory. 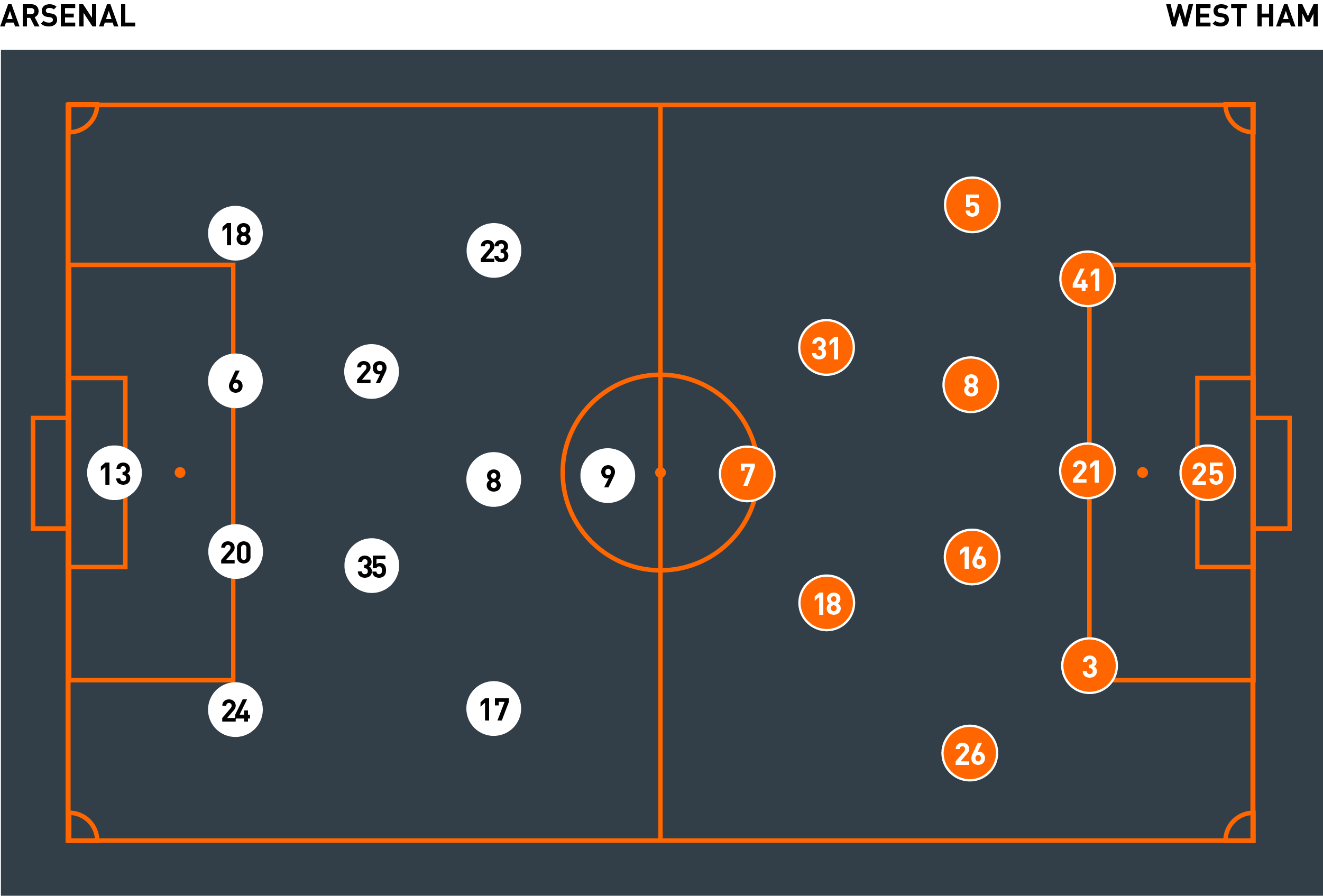 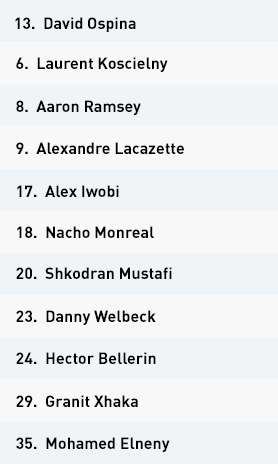 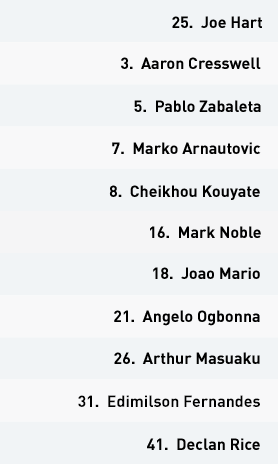 Arsenal began the game in their customary 4-2-3-1 formation. Defensively, this switched to a 4-4-1-1, with Aaron Ramsey sat in front of the midfield four and offering support to centre forward Alexandre Lacazette.

Arsenal tried to take immediate control of possession, and West Ham set out early to disrupt their flow by stepping higher to press. But quite often when West Ham pressed higher – with Mark Noble and Cheikhou Kouyate locking on to Granit Xhaka and Mohamed Elneny – it opened space for Arsenal to bypass the press and play in to Ramsey in the number 10 position, or Danny Welbeck and Alex Iwobi out wide.

It wasn’t until the end of the first half that Arsenal became more effective in their attacking play, however. The low block of West Ham had so far frustrated the Gunners, but the movement of Welbeck and Iwobi in supporting Lacazette, with Nacho Monreal and Hector Bellerin providing the width, created more chances.

This continued into the early phase of the second half, with Bellerin and Monreal growing increasingly offensive. Laurent Koscielny was also closer to Marko Arnautovic during transitions, to stop the problems they had encountered with West Ham counter-attacks in the first half.

While Arsenal looked vulnerable when Joao Mario and Edimilson Fernandes played closer to Arnautovic, they once more took control of the game after West Ham had equalised. The visitors dropped into a lower block, which allowed Ramsey to become more influential in getting on the ball. Following a quick counter-attack, Ramsey restored Arsenal’s lead after Declan Rice misjudged his cross.

Rather than dropping to protect their lead, Arsenal continued to attack with numbers and high intensity. The front four frequently found key central positions to move the West Ham midfield three, with the full-backs pushing on. It was fine combination play from Welbeck that unlocked the West Ham defence and led to Lacazette scoring Arsenal’s third goal, providing vital breathing space in the final few minutes of the game.

This opened up the game more, and as West Ham switched system again – with striker Andy Carroll replacing wing-back Arthur Masuaku – Arsenal capitalised on their imbalance, Lacazette scoring his second and his team's fourth.

West Ham set up in a 3-4-3 system, which switched to a 5-4-1 defensively. It was clear in the early stages of the game that the Hammers’ aim was to press aggressively and disrupt Arsenal’s rhythm.

While Arsenal played through West Ham several times in the early stages of the game, they were too slow in moving the ball once they had broken the press, and the visitors were effective at recovering and switching to a low block. Arsenal also struggled with direct balls in behind for Marko Arnautovic, which was particularly effective during quick transitions.

When West Ham threatened a more aggressive press in the first half, wing-back Arthur Masuaku noticeably stepped higher in to the midfield line, while either Joao Mario or Edimilson Fernandes would help Arnautovic press high. This switching between a 5-4-1 and a 4-4-2 press frustrated Arsenal.

After Arsenal took the lead early in the second half, manager David Moyes reacted by making two changes to his team. Javier Hernandez and Manuel Lanzini replaced Joao Mario and Fernandes, which resulted in a tactical switch to a 3-5-2, as Hernandez joined Arnautovic in attack. West Ham continued to pose a threat, and Arnautovic’s hard work up top was rewarded with a left-footed finish to equalise.

Having got level, West Ham looked content to settle for a point and began to drop lower to a 5-3-2 block. Consequently, they looked far less dangerous on transitions. The three-man midfield also had to work harder to cover the ground; they now had one player less in the centre of the park, which created space for Arsenal to comfortably switch the play.

Arsenal’s front four became increasingly problematic for West Ham. Arsenal penetrated between the lines when Mark Noble or Cheikhou Kouyate got dragged out of position, finding one of the front four – whose combination play was effective against West Ham’s back line – with relative ease.

Aaron Ramsey’s second goal created a new problem, as the tactical focus shifted once more. West Ham had already altered their system twice – first to a 3-5-2 when chasing the game, and second to become more defensive after equalising. Another shift inevitably left the team unbalanced and made it difficult for them to regain momentum. By the time Andy Carroll was introduced, leading to another shift in formation, the game was well out of reach.

West Ham had a solid game plan – mixing a more aggressive press with creating a low, tight block – and spent periods in the first half looking the more likely to score. They posed a threat on the counter-attack, with Marko Arnautovic causing problems when in behind the Arsenal back line. The long, direct ball into the West Ham striker caused issues.

Arsenal didn’t overcommit early, and at times the distance between the front four made it difficult for players to link the play and ultimately break West Ham down. In the second half, however, Nacho Monreal and Hector Bellerin became more attacking. This allowed Alex Iwobi and Danny Welbeck to come inside and overload in the central areas. They combined well with each other to create chances.

West Ham changed system after conceding, now chasing the game with a 3-5-2 formation. Once Arnautovic scored, they transitioned again, this time to a more defence-minded approach – but they didn't adapt well. Such alterations in their set-up left the team unbalanced, and Arsenal capitalised on their constant change in structure.

Although there was a little fortune in Arsenal’s second goal from Aaron Ramsey, the game opened up and the home side refused to sit back, instead attacking in waves. Ramsey, Welbeck and Alexandre Lacazette combined well to ensure West Ham had no way back.