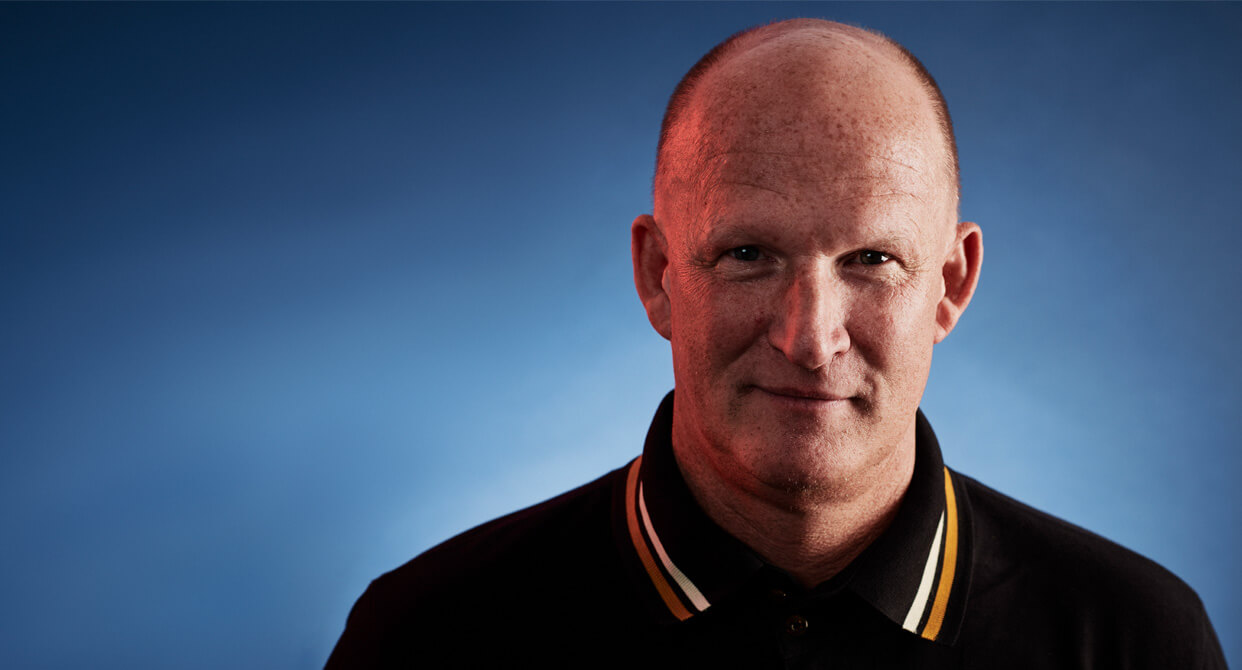 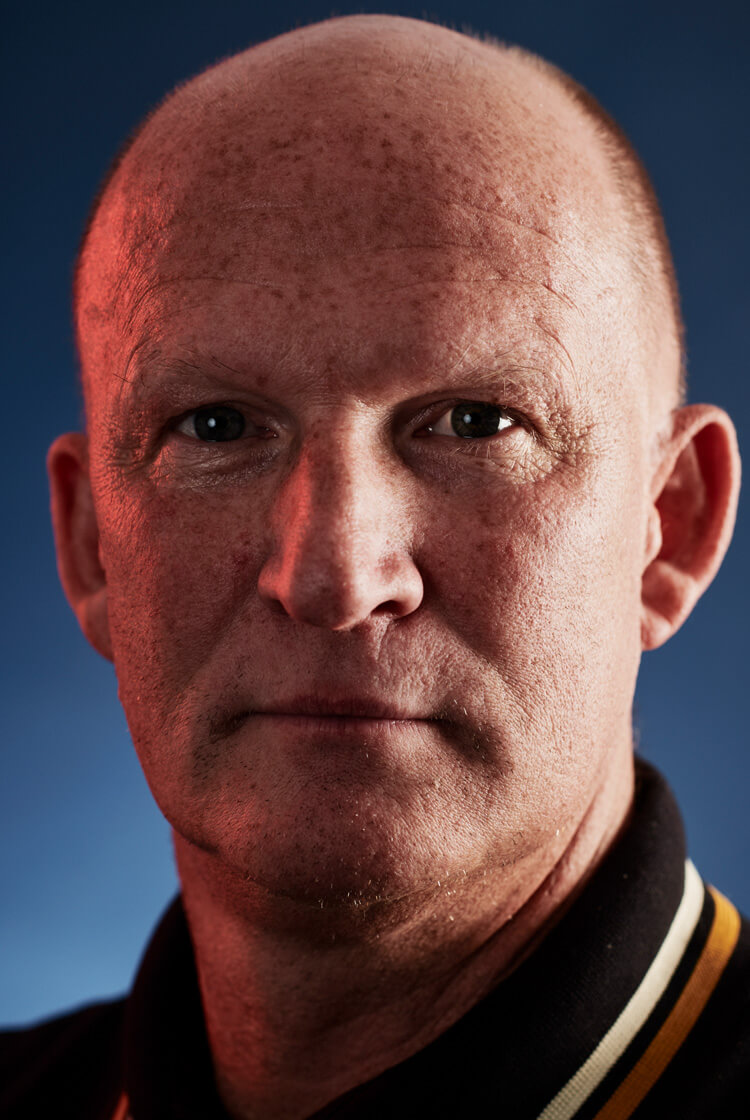 I had everything planned out.

Towards the end of my playing career at Blackpool, I was managing the club’s reserve team and picturing my next step as taking on an assistant manager's role – slowly learning how to deal with footballers on a Saturday-to-Saturday basis.

When an offer came in, everything seemed to be clicking into place.

I went to Colin Hendry, Blackpool’s first-team manager at the time, and told him I wanted to pack in playing and focus on coaching. I wanted to accept the offer.

“Okay,” he told me. “I’m happy for you to go, but you need to ask the chairman, Karl Oyston, first.”

So off I went. I told Karl my situation and he thought about it. For about two seconds.

Talk about being thrust into it.

Like I said, I’d dipped my toes into coaching while I was still playing: first, up at Blackburn, where I was shadowing their academy training while doing my badges. It was a chance to see what coaching was about, to be around it, and to occasionally run a few sessions.

I didn’t know it at the time, but many of the boys I worked with at Blackburn – Alex Bruce, Junior Hoilett, Jonathan Walters – would go on to have very good careers.

As I progressed through my badges, the opportunity to manage Blackpool reserves had come up. That really was learning the hard way. It meant maintaining my first-team playing commitments and cramming the reserve-team management into the rest of my time.

I could get back from an away game with the first team at 5am, then be up a few hours later for a midday kick-off with the reserves. Blackpool was a club with little money – barely anything to run a reserve team.

Driving to reserve games I’d have the kit on my back seat, the bibs and balls in my boot, and more than likely I’d have to pick up a couple of youth-teamers on the way to the ground.

It was a great opportunity to learn.

But it could never have prepared me for what happened next.

Almost overnight, I’d gone from playing alongside my mates to leading them as their manager – albeit only on a temporary basis.

In situations like that, you’re always going to have doubts. Do I have the right authority? Do I have their respect? Am I ruthless enough to succeed?

It was never going to be easy.

What I couldn’t do was go from one extreme to another. I couldn’t go from being their mate to becoming unapproachable. Instead, I had to find the right balance.

That’s where Tony Parkes came in.

Tony was Mr Blackburn. He had been at Ewood Park for 34 years, which included six spells as caretaker manager. He couldn’t have been more experienced.

I was very aware that I was young and new in management, so I brought in Tony to help guide me.

On my first day in the job, Tony went in to the dressing room to address all the players: “Right, he’s your manager now, not your mate. Call him by his proper name.”

That could only have come from Tony.

"Words like that can come back to haunt you. It taught me a valuable lesson"

Within months, I was releasing players who had been at the club for a long time.

In those tough moments, when you’re forced to make tough decisions, you learn the power of man-management. Treat your players right and make them want to play for you. Explain your decisions to them.

If you aren’t getting the best out of your players and they’re not doing as you want them to, then your chances of success are going to be limited.

Ultimately, I wanted to manage players in the way that I’d want to be managed if I was in their shoes. It became about building mutual respect and working as hard as possible while being treated as an honest professional.

There was just one problem: we weren’t getting results on the pitch.

When I took over, Blackpool were hovering around the relegation zone of League One and hadn’t won in their last six league games.

In my first game we beat Scunthorpe United 5-2, but the next two ended in defeat.

Three games in, I attended a fans’ forum, where I was asked if I thought I was the right man for the job.

That was a mistake. After 10 games we’d only won twice and were 21st in the league, almost where we had been when I took over.

Words like that can come back to haunt you. It taught me a valuable lesson.

As the games went by, I couldn’t let the pressure get on top of me. I had to stay true to myself, keeping the ideas, identity and philosophies that had got me into that situation in the first place. As soon as a manager tries to become something they’re not, they get found out straight away. The players take advantage of the situation. Everything had to be kept under control.

When you’re losing matches, you learn plenty about yourself as a coach and your players. Are they up for the fight? Can they achieve success?

It turned out we could.

We made ourselves hard to beat and managed to stay up.

In the summer, I was given the job on a permanent basis.

That was just the start of the journey.

At each club I went on to manage, the process remained the same: assess the squad and find out what its strengths are. Does it have goalscorers? Is it solid in defence? Play to those strengths, then work on finding the right balance between keeping clean sheets and scoring goals.

If that can’t be achieved on the training ground, it becomes a case of bringing players in.

That’s why it’s important to understand the players’ attitudes and the support from upstairs before taking on any job. Are the players motivated, or are they just happy to pick up their money? Are you going to be given the tools you need to achieve?

Sadly, it’s not always the case.

If that happens, you’ve just got to work with what you’ve got.

"Sitting in the dugout, I had to keep pinching myself. Was this actually happening?"

When I joined Leeds, there wasn’t much money. There wasn’t a great defence. But going forward, we had good options.

We started by getting the best out of our attackers. As a former defender, I had a good idea of where defenders don’t like to go on a pitch, so I’d encourage our attackers to move into those areas. I used a trick from my old coach at Aston Villa, Steve Harrison. He’d always tell defenders not to let the attackers see their numbers. That way they’d always be able to see man and ball. So I told our attackers to do the opposite. Try and see your opposing defender’s number. Run off the back of him. Make sure he can’t see both you and the ball.

Managing Leeds was surreal. I’d supported them as a kid, made my debut for them at 17, then been moved on after playing only a handful of games.

All those years later, I dropped down a division to manage them.

There was no other club I’d have done that for.

The whole time I was asking myself whether it was all really happening. Was I actually going to be the Leeds United manager?

Walking out to Marching on Together in my first game, following in the footsteps of some of the greatest managers in the history of British football and getting the ovation I did was incredible. Sitting in the dugout, I had to keep pinching myself.

Was this actually happening?

On the training ground, we carried on working with the attackers. With time, they flourished. The defenders started to enjoy themselves more on the ball, too. Players had a freedom to express themselves that they may not have had before.

And with that freedom came results.

In my first season with Leeds we made the playoffs. The next season we achieved the club’s best ever start.

Then, a defining moment: Manchester United away in the third round of the FA Cup.

We’d struggled past Kettering Town in the previous round, requiring a replay and extra-time to put the game to bed.

And yet, within the group, there was a genuine belief that we could beat Premier League champions Manchester United.

“If you can do something today, you’ll be remembered forever in Leeds United folklore,” I told them. “You might never have another opportunity to play against Manchester United, so give everything. If it doesn’t work out, then at least you can have no regrets.”

Nobody gave us a chance. We were just a League One team.

We set up in our usual 4-4-2. Four central midfielders played across the middle of the park to keep us narrow. We knew we had to keep our structure and be hard to beat, defend well, then enjoy possession when we got the ball. You can’t just give the ball away cheaply and keep inviting pressure.

Everyone had to do their job.

We got an early goal and then didn’t sit back.

When the final whistle blew, Sir Alex Ferguson congratulated us. In his office after the match, he told me that we deserved to win the game.

There was no greater compliment.

And there was no better opportunity to learn. I picked Sir Alex’s brains and made sure I took his advice. As a manager you’ve always got to be open to new ideas and seek out advice from others.

Over the years, I’ve always tried to speak to the opposing manager after a game. Especially against Premier League teams. Ask them loads of questions, find out how they deal with situations, ask to watch them train, bounce ideas off them, then take the learnings and apply them.

If you ever get into a situation where you think you’ve cracked it, then you can easily come unstuck.

You’re always improving as a manager. Even after 13 years, 650 games, four promotions and three Wembley victories, I still know I’ve got lots more to do to keep improving.

Football always changes. So, you have to move with the times. Adapt to what owners want, changes in structures, development of strategies.

That’s why coaches go on their courses. To learn and develop to keep up to date.

Yet, even with all of the change, the absolute fundamental of coaching remains the same.

Manage your players. Get the best out of them.

As long as I keep my players happy, I know I’ll be okay.