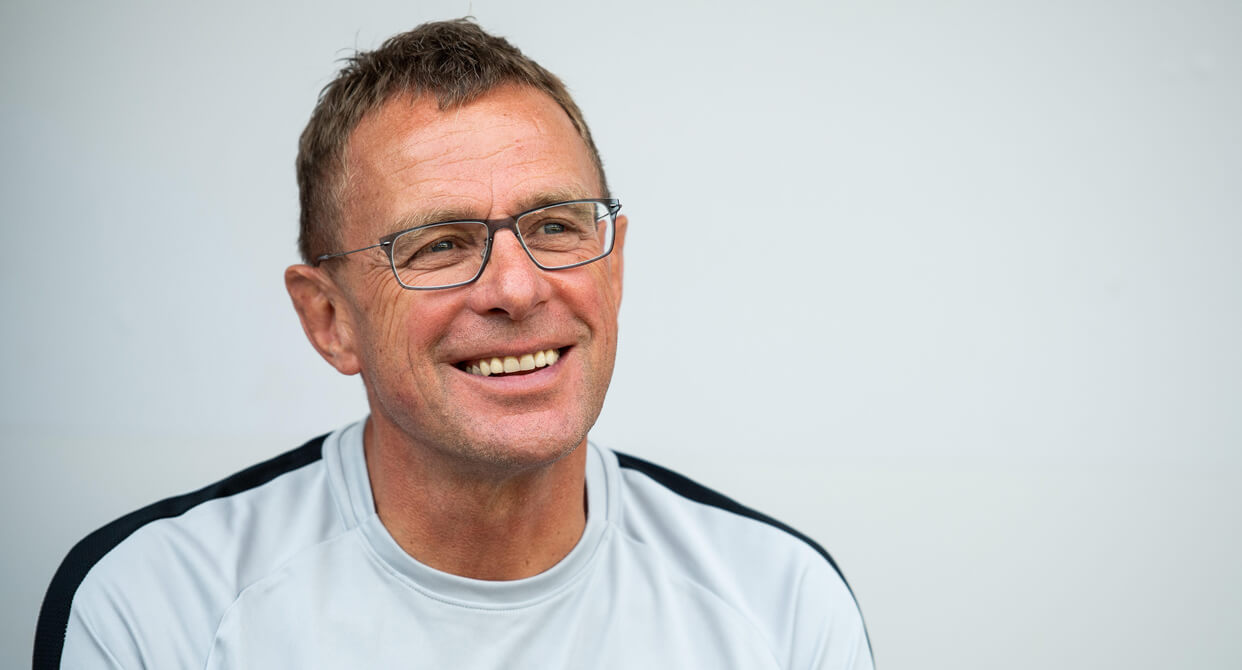 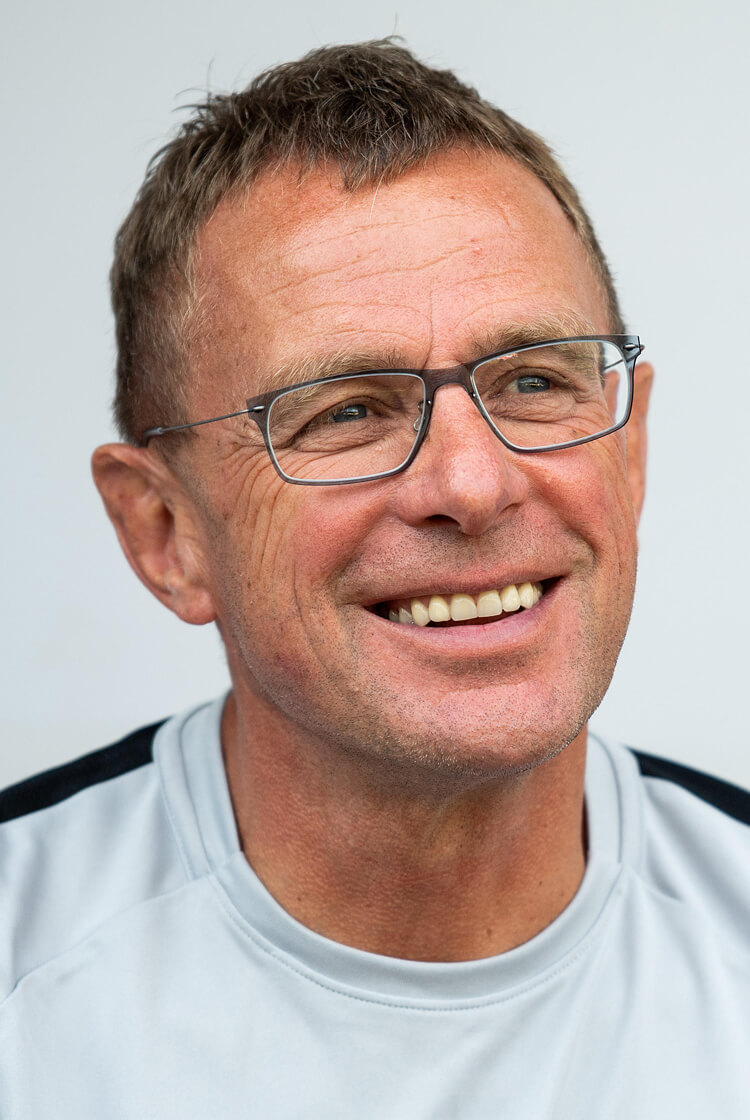 There were no books. No exercises. We didn’t even have the vocabulary to describe the kind of things that were happening on the pitch.

But we did know that this was the future. And we had to figure it out.

Back then, I was player-manager at sixth division FC Viktoria Backnang, outside Stuttgart. We weren’t very good, but we were extremely lucky – on a cold February day in 1983, we chanced upon a genius.

Dynamo Kiev, the team of legendary coach Valeriy Lobanovskyi (below), were staying in a nearby training centre and needed easy opposition for a friendly. A few minutes in, when the ball had gone out for a throw-in, I had to stop and count their players. Something was wrong. Did they have 13 or 14 men on the pitch?

I had played against top teams before – we always lost against them, of course – but they had at least given you the occasional moment of breathing space. Kiev were the first team I had ever come up against who systematically pressed the ball.

That was my football epiphany. I understood that there was a different way of playing.

A couple of years later, I was appointed coach of VfB Stuttgart’s amateur team. There, I met a trained structural engineer who had taught himself football tactics and become the first manager in Germany to introduce Ballorientierte Raumdeckung, a system that combined zonal marking with aggressive pressing.

His name was Helmut Groß. We began writing coaching manuals together. We had friends in Italy send us videos of Arrigo Sacchi’s AC Milan. We paused and rewound the tapes so many times that the equipment broke down.

In 1998, I was in charge of SSV Ulm in the Bundesliga second division and went on television to talk about the benefits of playing a flat back four. In the country that had given the world the sweeper, it was considered a novelty. Football heresy, almost. “Tactics is something for bad players,” Felix Magath used to say.

"If you want to increase the speed of your game, you will have to develop quicker minds rather than quicker feet"

Fortunately for the Bundesliga, that attitude has now changed. A lot of the teams we come up against with RB Leipzig play a version of a pressing game, to fight fire with fire. A lot of the things that were revolutionary then – 10 or 15 years ago – have become standard.

But there are still differences. Recently, we’ve witnessed a comeback of the 3-5-2 system and more man-oriented marking.

Sometimes, teams park two buses in front of their box and force us to have lots of possession, which makes it more difficult to pick up pace and create clear goalscoring opportunities. If you have too much possession, your game resembles handball and you don’t get anywhere.

We are prepared to play risky passes, at the danger of them going astray, because that opens up the possibility to attack the second ball.

The most exciting thing for me is to see how the transition game has developed and accelerated. There’s so much happening in the eight to 10 seconds after the ball is won or lost. Those moments decide games, and a large part of our training is dedicated to what we call swarming behaviour; the synchronised movement of players.

Five years ago, I would have thought it impossible that an athletics coach would tell me how many metres my team should run today, and how fast, in training. But that’s what’s happening. In the past, you’d have to trust your eyes and gut feeling as a manager to find the right dosage in training. Now, it’s a bit like picking up a rental car: they will tell you how much is in the tank and what your mileage is.

The athletics coaches are in charge of planning the whole week of training in terms of the intensity on any given day. We take our cues from them.

"Musical tastes aside, I have a strong connection with my players"

If you want to increase the speed of your game, though, you have to develop quicker minds rather than quicker feet.

Improvement translates as taking things in more quickly, analysing them more quickly, deciding more quickly, acting more quickly. At RB, we work on increasing the memory space and the processing pace. We put players into the Soccerbot, for example – a machine that simulates previous games and allows players to relive key moments of matches.

It’s PlayStation football, but with your feet. The players enjoy it so much we have a hard time getting some of them to stop.

I would say that I have become a bit calmer as a manager. I have learned that many mistakes stem from getting too emotionally evolved during games, either because you’ve fallen in love with your team’s performance or are angry.

It’s important to keep your balance and look at the game dispassionately, to analyse what’s really going on and see what needs to be changed, perhaps.

Experience has also taught me that players need clear rules. But it’s not enough to tell them what they can’t do and have to do. You have to convince them that adhering to the rules works for them. The changing room needs to buy into it. They will ensure that players stay on the straight and narrow, because it can’t all come from the top. Peer pressure is stronger than boss pressure.

And the rules must apply to the manager as well. You have to practise what you preach at all times.

"There’s a nostalgic longing in some sections of German football, for more crazy characters. But those days are over"

I’m 60 now, and I’m thankful that I have my own office – mostly to escape the music they play in the dressing room before games. It would have been too loud for me as a player. But musical tastes aside, I have a strong connection with my players. Once you stop understanding them, their fears and aspirations, you have to stop managing. I’m lucky in that I have two sons who are at the age of the players.

I see it as my duty to help them deal with all the temptations and the fake reality they’re faced with as young men making a lot of money. The key is to treat them as adults, even though some might still be teenagers or behave as if they’re in puberty. You have to explain things logically – explain to them why things such as nutrition or sleep are important for their wellbeing and their performances.

By and large, everyone’s feet are on the ground at Leipzig. They are quite a reasonable bunch. There’s a nostalgic longing in some sections of German football for more crazy characters, the type of guys who’d sneak out of training camps to turn night into day with parties. But those days are over.

Players who behave this way would no longer be able to hack it due to the physical demands of the game. Football has become so fast and relentless that only athletes in peak condition can succeed.

Tactics, fitness and rules are all hugely important, but they’re only a means to an end. My job – the job – is to improve players.

Players follow you as a manager if they feel that you make them better. That’s the greatest, most sincere motivation there is.