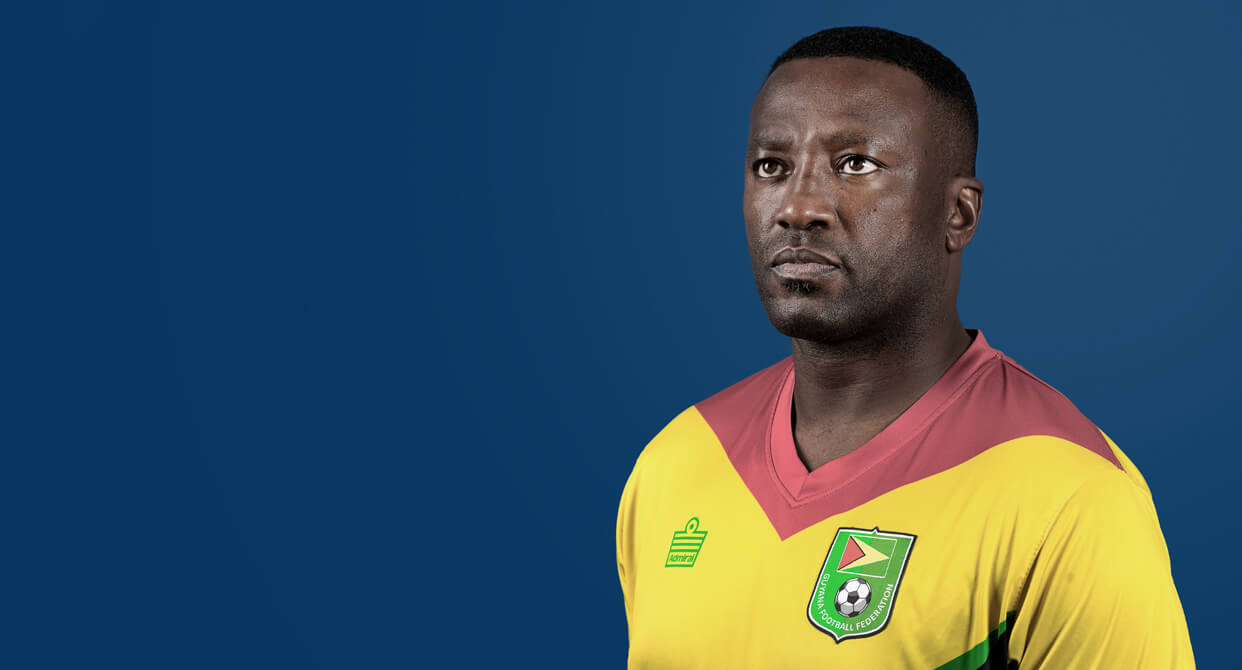 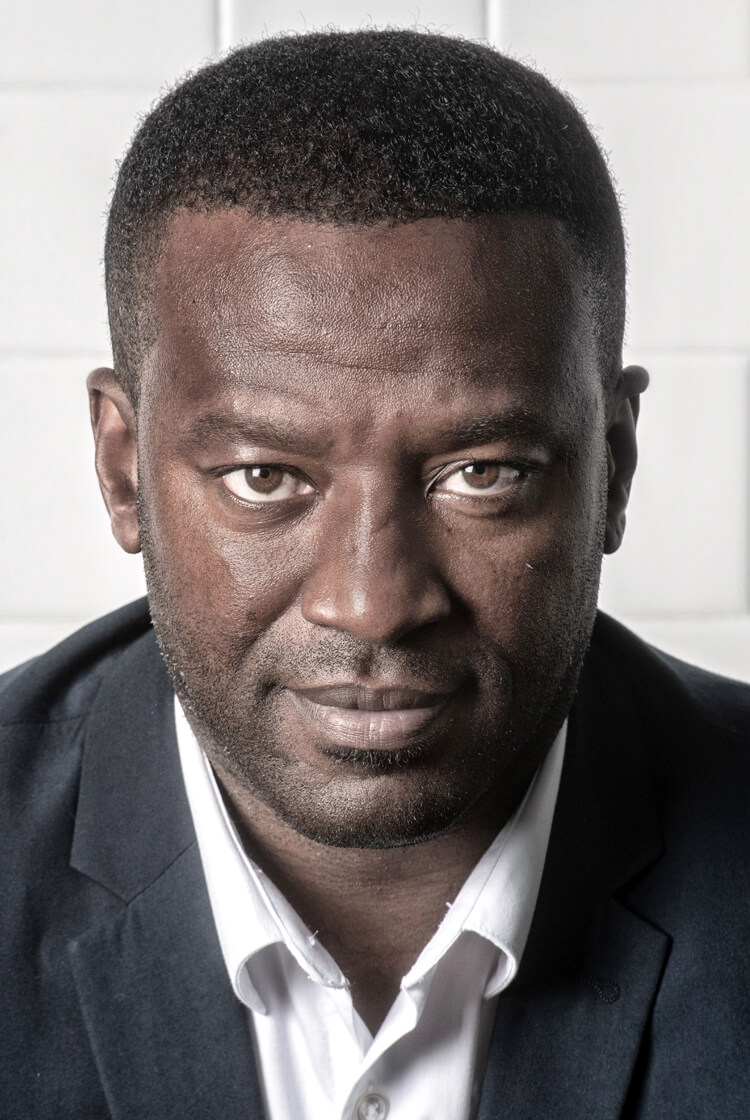 When I first got the call, I thought it was a wind-up.

“Hello, Michael? This is the president of the football federation of Guyana. We’d like you to apply to be the manager of our national team.”

It was definitely a foreign number, but I was convinced it was one of my old teammates putting on an accent.

After 30 seconds on the line, I realised that it was no joke. They were compiling a shortlist and Jason Roberts, who is now director of development at CONCACAF, had given them my number.

I was with Derby County, on the way back from an away game at Wolves. “Listen, it’s not a great time,” I said. “Can we speak in the morning?”

At the front of the bus was Roy McFarland, who has been there and done it as both player and manager. I knew he was someone I could confide in.

“Roy, Guyana just called me. They might want me to manage them. What do you reckon?”

He asked me what I felt about it. Reminded me that I was building my name in an administrative role at Derby, and that I had built a good relationship with Mel Morris, the owner. He was right. I trudged home that night, and when the phone call came the next day? “Sorry, I don’t think it’s going to work. It’s not for me.”

“I was fortunate to have a firm grip on the Caribbean, because I played for Jamaica, but I didn’t know much about football in Guyana. I was straight on Wikipedia”

“What are you doing?”

I started to panic. What had I done?

“You’re not doing it?! Do it! You’d be mad not to. You’ve said you’ve been waiting all your life for this. You’d be brilliant in a role like that. You could help the kids, build the infrastructure, lift the nation back up. If you don’t do this, or at least try, you will only kick yourself in five, 10 years. You’ve got to do it.”

Mel said he had no intention of losing me from my role at Derby. That I could do both. The club would support me.

So I called them back, told them I’d like to interview for the job. A few days and one long Skype interview later, I was heading out to Georgetown to meet my new employers. ‘Whirlwind’ doesn't really cover it.

I'll be honest: I didn’t know much about football in Guyana. I was fortunate to have a firm grip on the Caribbean, because I played for Jamaica, but Guyana itself? I was straight on Wikipedia, reading up on the history and players. But I knew that this wasn’t an opportunity I could let pass me by. I was fortunate enough to play for some top clubs in England, and represent Jamaica, but managing at international level? I never, ever thought it would be possible.

For the vast majority of my playing career – at Notts County, Birmingham City and Derby County (below) – I didn’t even think about coaching. But something clicked in my final year at Notts County. I was club captain and, because my legs were going, I had to get people into positions to make up for my loss of speed.

I was protecting myself, really, but at the same time I was also coaching my teammates. Almost without noticing, I had caught the bug.

The next season, I took charge of County’s Under-18 side, and had three games as caretaker manager of the senior team thanks to Sven-Göran Eriksson. From that point, I couldn’t get enough. I worked my way through the coaching badges, and then had a spell working across all the academy age groups at Birmingham City; they had a lot of good young players at the time – Demarai Gray, Jack Butland, Nathan Redmond – and it was great to be able to share my experiences with them. After that, I moved to a job with the Cardiff Under-23 team, living away from the Midlands for the first time in my career.

I thought all those experiences – and getting all those qualifications – would eventually help me land a first-team job, but the opportunities just didn’t come. It was disheartening; I became despondent at times. So when Mel Morris offered me that role behind the scenes at Derby, I accepted and signed up for a Master’s degree in Sport Directorship at Manchester University in my spare time. The final coursework for that needs to be in by December.

“This is a different kettle of fish to coaching in youth football, or even in League One or League Two. It’s a chance to really invigorate and motivate a nation – to do something amazing for the country”

I guess that’s why that phone call from Guyana was so surreal. I had stopped looking for coaching jobs – but there I was, being offered the chance to manage a national team. When they told me I had the job, I nearly fell out of my chair. That doesn’t usually happen to Michael Johnson. It’s usually bar, post, along the goalline, but the ball doesn’t go in! It was a feeling of real satisfaction, knowing that all those years of travelling, all the networking, all the meetings and seminars, were worth it.

But there wasn’t time to bask in the glory of it all. There was a date circled on the calendar: a CONCACAF Nations League meeting with Barbados. It was a big challenge to get things together for that match. The players arrived on Sunday for a Thursday game, and most of them were jetlagged – so Monday was a write-off. We only had two days to get the information we wanted into them.

My first training session was a bit of a culture shock. The players all came out in different garments... you think: “Okay, this is where we’re at.” They play matches at an athletics stadium and cricket is the number-one sport; there’s no professional football league. I quickly understood that the level would be a bit lower. But that doesn’t mean you let your standards drop: I was determined to do the best with the resources available. We worked efficiently and cleverly to make sure the players were ready.

To walk out as an international manager and represent a country – to hear the national anthem, see the pride of the players – is something that will live with me forever. The atmosphere was amazing. It’s such a vibrant part of the world – Caribbean teams really need to be going to World Cups.

But this is a different kettle of fish to coaching in youth football, or even at a League One or League Two club. Massive expectations are on your shoulders. It’s a chance to really, really invigorate and motivate a nation – an opportunity to do something amazing for the country. It’s a huge privilege.

We drew 2-2 with Barbados (below), but I have big ambitions for this team. Guyana have never qualified for anything – nothing at all – so they don’t know what it's like to go to a tournament. But we can change that. Priority number one is next year’s Gold Cup in the USA. Is it doable? Oh yeah. Massively doable. It’s a great opportunity to do something special, and we’ll get there together. I can see it already.

Beyond that, the aim is to break into the top 100 of the FIFA Rankings. ‘Project 100’, we call it, and it’s plastered everywhere I look: on letters, on emails, on the bottom of every WhatsApp message I send my players. We’re ranked 182 at the moment, but that number will be getting smaller soon. And, in the long term, we can start dreaming about the World Cup.

It’s ambitious, but not impossible. In fact, Mel Morris has asked us to take over a film crew from Derby to capture footage for a possible documentary. To film the training camps, interview people in the Guyana set-up. In his words, it would be “another Cool Runnings” if we qualify.

But this one won’t be a comedy. And not if. When.