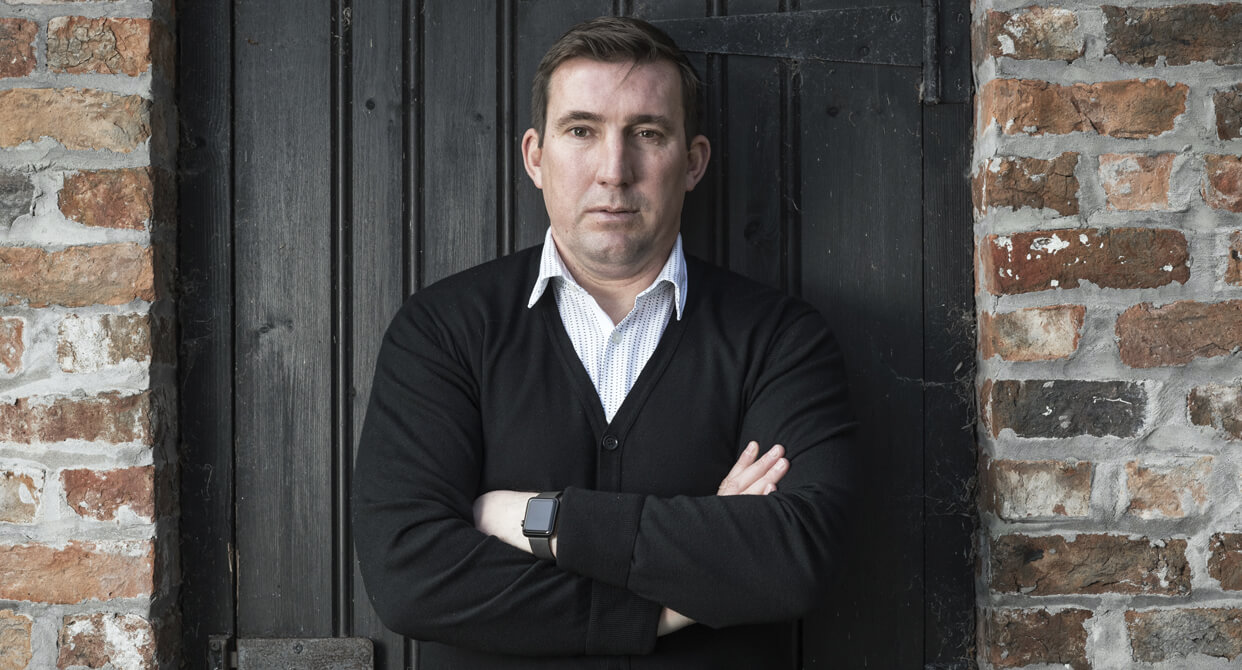 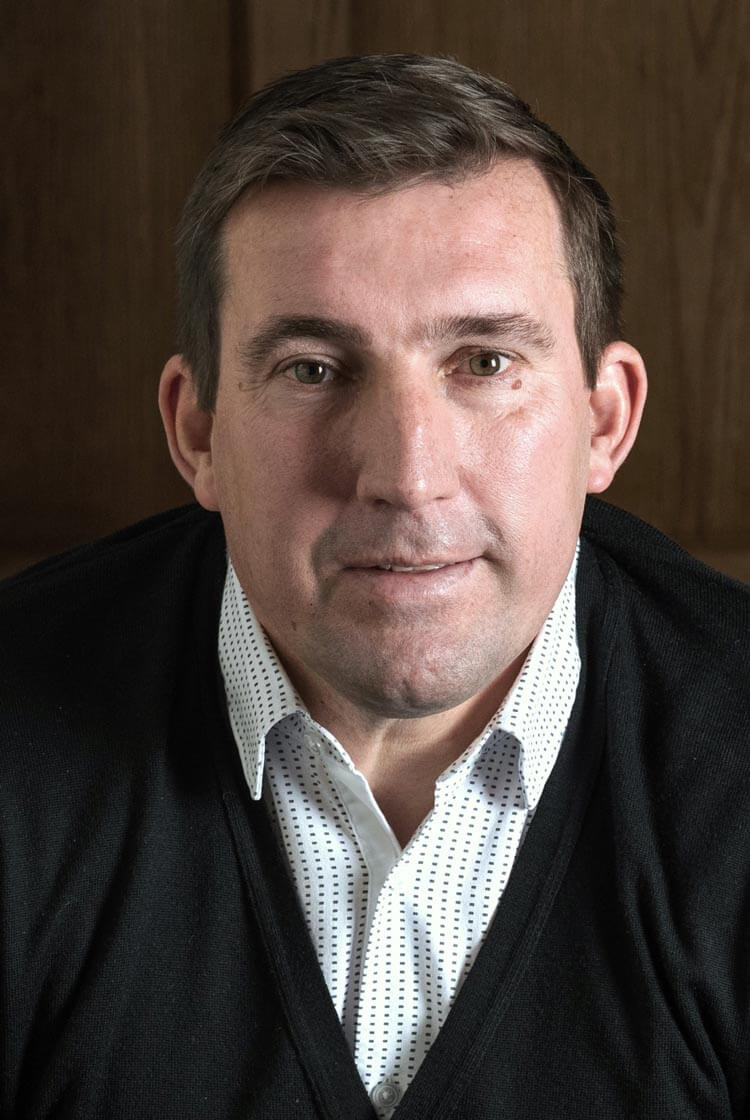 When I joined Hibernian in 2014, I found a club that was broken.

Everything was fragmented. There was no connection with the fans and the team had just been relegated to the Scottish Championship. We knew we had big problems to fix.

When I went in, I had about nine players, two members of staff and less than two months to try and turn things around before the new season started. You could say it was a bit frantic.

But I saw it as a chance to go in there and really put my stamp on what I wanted the club to look like. To move it forward.

To do something like that, you need people around you who have similar ideas for how they want the football club to be run. I was fortunate in that respect.

It was a new experience for me to have a female chief executive, but it was a really positive one. Leann Dempster was fantastic. Together with our head of football operations and the chairman, we worked quickly.

We didn’t panic, though. We were calm and calculated with the decisions that we made. We got players in who were going to be right for the club, and implemented a structure that was going to ensure strong foundations.

The last thing we wanted was for the club to get in the situation where they were looking for promotion and then relegated again. We wanted to build and make sure the fundamentals were in place to move the club on.

Of course there were difficult moments during that period – some harsh discussions. Because whenever something like that happens, there will always be certain people who have to take some criticism for what happened previously.

But it was necessary to get the club back on a level playing field. Back to where they should be.

Slowly but surely, we did that. When people look at it from the outside, they always put it down to the manager. But it wasn’t one individual who achieved that – it was everybody.

My days as a player taught me the importance of team spirit, and I’m still a big believer in it now that I’m a manager. It’s a commodity that doesn’t cost anything to put together – but when you’ve got it, it’s priceless.

When I think back to the Bolton team that I played in for six years, I know how important it was that we built that camaraderie. We got on as a group and socialised together away from the football pitch.

When you have that spirit, you know that you’ve got a group of players who can respond to negative situations on the pitch. You know that everything doesn’t fall apart when you go a goal behind or have a man sent off. That it’s not the end of the world if you go behind in a game.

After I left Bolton, I found that same team spirit in the Celtic dressing room. In fact, I think it was one of the biggest reasons why we stopped Rangers from winning 10 league titles in a row.

When I finished playing, I knew I’d need more to draw on than those experiences to become a coach. You have to put the work in, do the groundwork and, of course, get your badges.

Even once you get those, you need a really good platform of experience. You have to see the day-to-day running of what coaches do. Of what managers do.

As a player, I used to walk out onto the training pitch, look at the session all laid out and take it for granted. Now, I appreciate that those sessions don’t just take five minutes to set up, they take hours of speaking with your coaches, understanding the individual needs of players and knowing what you’re trying to get out of the session in terms of building towards a matchday.

"Until you’re there doing it, you don’t realise how much it takes you out of your comfort zone"

Are there areas you want to work on with certain individuals in order to target the oppositions’ weaknesses?

Players don’t get that. They just see the session and play. It’s not until afterwards when you speak to them about why they were doing certain things that they understand. Then they see there’s a reason and a purpose for everything.

I was lucky to get my platform of experience at Everton.

I enjoyed being out on the grass with the players in the under-21s, giving them instructions in terms of how we wanted to play and then seeing the results from that.

Straight away, it seemed to resonate with me. I was very comfortable being on the pitch. It’s not like that for everyone, though.

When you first get into coaching it can be quite intimidating.

I’ve seen ex-players on coaching courses who have had fantastic playing careers, but as soon as they’re asked to give demands out to others in a coaching session they basically fall into a hole.

Until you’re there doing it, you don’t realise how much it takes you out of your comfort zone.

But I felt very comfortable telling players where they should and shouldn’t be. I felt comfortable organising a team, speaking to players and trying to help.

I think having been a captain at club level for so many years probably helped me with some of those things. Because, as a captain, you have to deal with other players’ problems. You’re the one who goes to the manager and speaks to them about any issues in the team. You’re the voice.

When I first started coaching, though, I remember feeling at times like I was a psychologist as well as a coach, because you’re having to deal with so many egos and personalities within a dressing room.

"After spending almost six years as a coach at Everton, I had a real belief I could do the job at senior level"

A big part of the job is about finding out what makes those individuals tick on and off the pitch. Because, ultimately, if you’ve got a group of players who maybe aren’t as gifted as others in the league, then you have to look at different ways of getting an extra 10 or 20 per cent out of them to get them as close to a level playing field as you can.

By the time I was standing in the dugout as the manager of Hibernian, I felt ready for all of that.

The Under-21 set-up at Everton was as close to a senior first-team environment as you can get. After spending almost six years there as a coach, I had a real belief I could do the job at senior level.

I’d put in the hours. Done the groundwork.

I’d be lying if I said there weren’t butterflies at first, though. In fact, I think there are butterflies before every game you approach as a manager.

But that’s not the same as nervousness. Not at all. Because if you’re prepared to put the work in on the training ground, to cover all the aspects you want to before a match, then that gives you complete confidence. You know the team has prepared in the best way possible, and that the players know exactly what’s expected of them.

It’s only when you don’t do those things that the uncertainty and vulnerability of being on the touchline can come into play.

By the time I left Hibernian in 2016, it felt like a completely different club to the one I’d walked into two years earlier.

That year, we’d won the Scottish Cup for the first time in 114 years. It was my proudest moment as a manager so far.

And it proved to be just the start of getting the club back to where they belonged.

The fans and the staff all played a huge part in that. As I said, team spirit is a commodity that doesn’t cost anything. But when you’ve got it, it’s priceless.