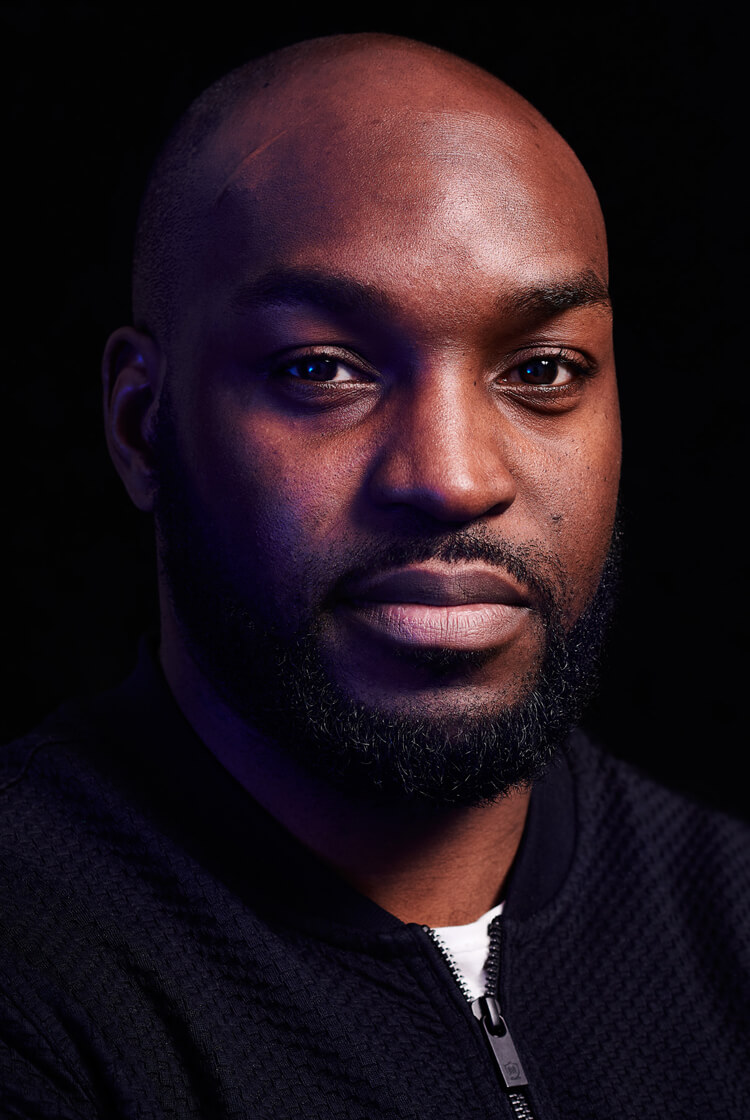 At first you just feel the ripples.

But, over time, those ripples get closer and closer to you until the moment when you realise: yeah, this is going to be an issue.

That’s the best way I can explain how the last few years have felt for me as manager of Dulwich Hamlet FC. When the battle between Meadow Partners - the property developers who own our ground - and our local council first started, it felt far enough away from the pitch for me not to worry too much.

But now it’s so close, it’s almost impossible to focus on anything else.

In terms of the football, it has affected us badly. We’ve been forced out of our home ground. Our supporters don’t know where the future of the club stands. And the players? I’m still working out how we’ll pay their wages at the end of the month.

I’m not a political person, so there have been times when I’ve shut off from everything that’s going on. But at other times, I have to be involved. If not, then everything falls down.

Over the last few weeks I’ve done a lot of media stuff, talking about things that are away from football. Mentally, it has been draining. But I try to find a positive way to deal with it rather than letting it weigh on me, because there’s no positive end to that.

Every game is a chance for me to be back ‘home’ where I want to be: on the side of a football pitch, trying to help the boys win a game.

It’s where I’ve been for almost 20 years now, ever since I realised that playing the game professionally wasn’t meant to be for me. I spent time at Charlton and Wimbledon as a youngster and was tipped to do really well, but my body kept breaking down.

"I felt there needed to be something else for them, otherwise they were going to end up on the streets"

I played a lot of non-league football, including a season at Dulwich, where the timetable gave me more recovery time – but my body just wouldn’t allow me to do it full-time. The injuries just kept on coming.

The result was that I developed an early interest in coaching.

As a player, I was always a bit of a leader. I’m not a loud person, but when it came to football I’d always encourage other people. I’d recognise someone who didn’t have confidence in themselves or didn’t realise how good they could be, and try to get the best out of them.

And I’d help the managers. I’d be the one to tell players things that the manager wanted to say but couldn’t because they’d fall out with the team. A lot of the time, I didn’t even realise I was doing it. I was just being myself.

I found my first coaching opportunity almost literally on my doorstep.

Over the road from my local estate in Peckham, there was a local adventure playground that I used to go to with Rio Ferdinand and his brother Anton. There were loads of different sports there.

It was a place that kept a lot of people out of trouble.

And there were some really good young players there. I started coaching them on a Sunday and, because I was a decent footballer at the time, the young lads who played there looked up to me. I’d tell them what they needed to do, and they’d do it. It was easy for me to get their attention.

A lot of those boys – Anton being one of them – ended up in professional football and made good careers for themselves. But there were others who, despite being really good players, didn’t get into the game.

I felt there needed to be something else for them, otherwise they were going to end up on the streets.

So myself and Junior Kadi – who’s now my assistant at Dulwich – set up a scheme called Aspire, which we still run now. The boys would go to college, but also train with us three mornings a week. A few of them ended up getting into the game as well – just a bit later than the others.

They’d been told they weren’t good enough. Maybe they were too small. Or just not confident enough. Whatever it might have been, they were late developers.

"I had no problem having a laugh with them before or after training, but when it was time to work I was focused"

There had been something missing for me in terms of football because I didn’t achieve what I had wanted to. Now I felt like I was giving back. It filled a gap for me.

By the time I came to Dulwich as a manager in 2009, I’d come through one of the toughest tests of my coaching skills. Fisher Athletic were top of the Conference South when I went in. They had good players, but the club was in serious financial trouble. Players weren’t getting paid. Neither was the previous manager, Justin Edinburgh, who’d said enough was enough and left.

A lot of the guys were my age. I’d grown up playing with some of them. They were my mates.

I had to learn to say: “We’re not mates right now. No matter how hard the situation is, it doesn’t matter. We get on with the job.”

I had no problem having a laugh with them before or after training, but when it was time to work I was focused. I don’t think they liked it, but they respected it.

Working alongside such experienced players – probably the best players at non-league level at the time – was the best test for me. When I went in, I asked myself: "Am I cut out for this?"

By the end of the season, I knew the answer.

When I went back to Dulwich, it felt like a different club to the one I’d known as a player.

Before I took the job, I went to watch a game and it was terrible. The team wasn’t great on the pitch and there were about 100 people in the stands. There was no atmosphere at all.

The club didn’t have much money, but I felt like me and Junior could do something different. And it was my local team - I wanted to bring back the spirit that had been there when I’d worn the shirt.

At first, we had a few teething problems with some local fans. The manager before me was old school. He’d often go and have a drink with the supporters in the bar, and they liked him.

When we went in, it was: who are these little upstarts? They thought we were just a pair of kids.

"I want to do well for myself, of course, but also for the boys who are coming up from a similar background to me"

Nine years on, a lot has changed. In 2013, we got promoted to the Premier Division of the Isthmian League. For the last two years we’ve reached the playoff final. These days, more than 1,500 fans come to our games.

A lot of that is down to the team winning more than losing. But it’s also down to the work we’ve done off the pitch to bring in the local community. To let everyone know that they’re welcome here. That no one is forgotten.

I come from a community background, and I’ve watched that sense of community get lost over the years. So when I see so many people coming together now and showing solidarity for the club, it’s great. They know that this scenario is about greed, and they’re saying no. This club means more to us than money.

I feel a responsibility to them, too. Looking at where the club was when I came in to where it is now – that’s how I want to leave it. If it disappears, it makes the last nine years a waste of time.

Away from this battle, I know there’s a big future for this club. Hopefully there is one for me, too.

I want to do well for myself, of course, but also for the boys who are coming up from a similar background to me. So I can show them this is a career path that’s open to them if they work hard and keep improving themselves.

I want to see people get hired on merit. Yes, I’m in non-league football, but I’ve had relative success. You wonder how much clubs three or four divisions above can see that. Just like I look at players two or three leagues lower, thinking there must be a gem there. I’d be the same if I was the owner of a club, thinking: "Is anyone down there?"

Because I know they’ve got a hunger. They’re different to the managers who’ve been sacked on numerous occasions. These guys want to prove themselves.

I know I can do a job at a higher level. I don’t question myself on that. And I know there’s a lot of growth in me still. So when the time comes, I believe the opportunities will be there for me. I think I’ve done enough to warrant that.

But for now, I’m not going anywhere. My focus is on Dulwich. On winning the battles in front of us – on and off the pitch.