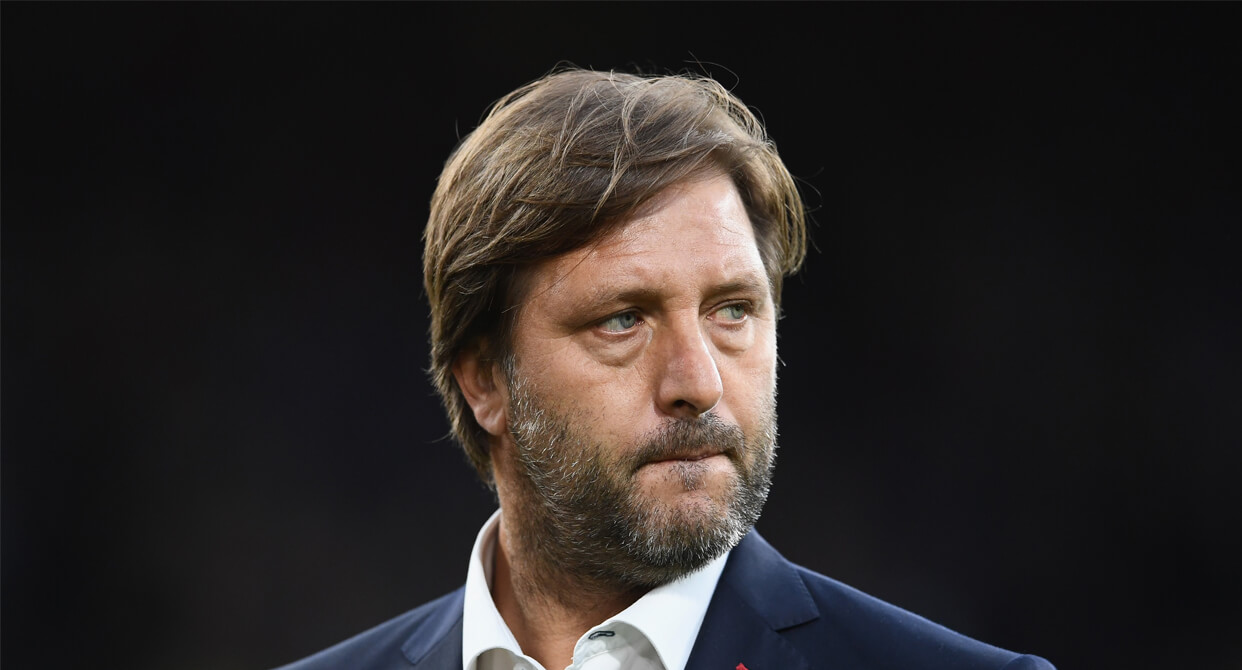 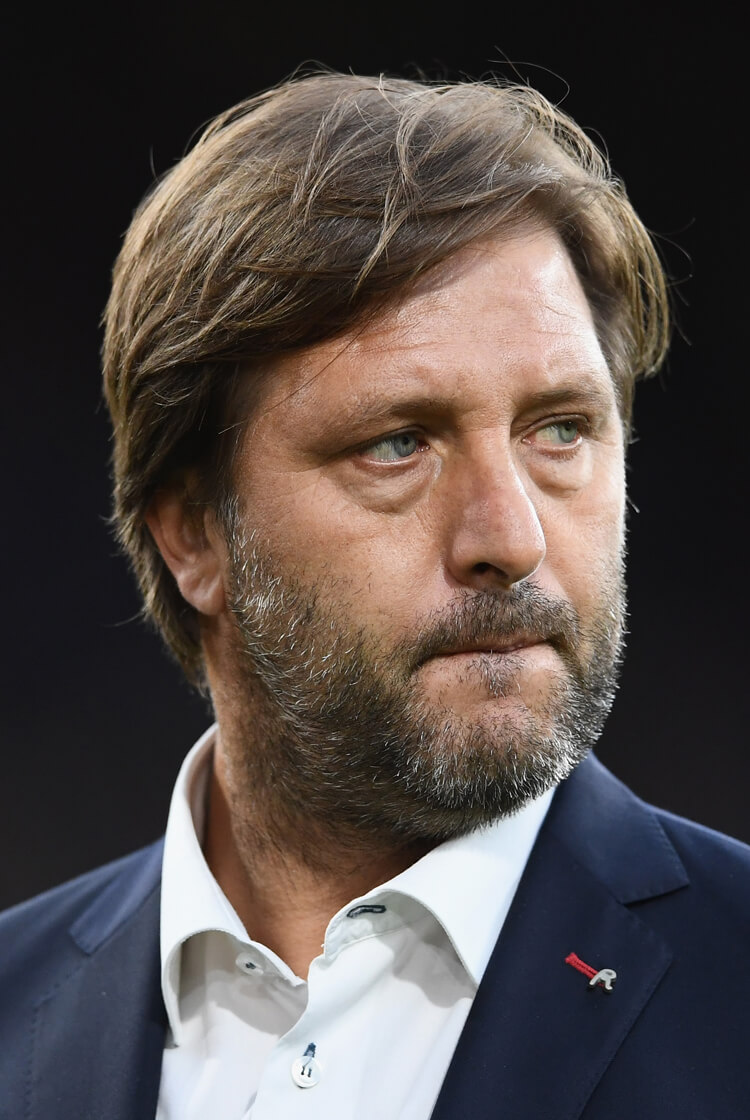 I always wanted to walk my own path, without a leg-up from anyone else.

Even if you've spent your whole life playing football, you're not ready to train a big club at the very start of your coaching career. That's why I decided to begin my journey at the bottom, in the Portuguese third flight. União de Lamas, Lusitânia, Espinho: these are small teams with modest aims, but they made me the manager I am today.

I had started taking coaching courses at 28, six years before retiring as a player. And I had spent time as assistant to José Couceiro at Vitória de Guimarães, Porto and Belenenses. But my real education came in those first few years out on my own.

Honestly, having that time and space away from the spotlight was vital for me. I was able to develop my own methodology, and not just copy what I had studied in the classes. I learned lessons that have stuck with me ever since: how to manage a group, how to find solutions for certain problems, how to develop my process and philosophy.

There were some really difficult moments, but they taught me to dig in – and to be creative.

Here's an example from União de Lamas. The team trained at night, because some of the players worked during the day. When I arrived at the club, in September or October, we only had daylight until six in the evening. And the stadium didn't have floodlights.

There was a dusty gravel pitch next to it, which did have some lights. So we only had about half an hour on the grass before it got dark, and then we had to do tactical work on the gravel pitch.

Today, now I'm used to managing top-flight teams, that situation is unthinkable. But I had to adapt, and make sure my players were ready to perform every Sunday despite the obstacles. It was a learning process, but I'm a much better coach today for having had experiences like that.

Those were important years for me, and I have no regrets.

"When I was taking my coaching courses, you could see his fingerprints in all the materials"

After Espinho, I went to Marítimo. But not to manage the senior side; no, I took charge of the B team. People said that I was crazy. They were second bottom of the third division with eight games of the season to go, and had an abysmal points total. Even members of my own family asked why I was going there. I knew it was a risky move, but I went anyway.

We won seven of those eight remaining matches, and drew the other one. We finished eighth in the league. Carlos Pereira, the Marítimo president, saw the potential I had, and gave me the chance to manage the first team the following season. That was my big break. My gamble had paid off; I had proved myself on my own terms.

I don't think many people would be able to describe my teams. I want my players to be adaptable, and as comfortable as possible at every moment of the game: attacks, transitions, defence. That's what I aim for. I prepare my team for every moment. But I consider myself to be a coach of attacking football.

I can name a number of coaches who have shaped my approach, each in his own unique fashion. Take Octávio Machado, who I played under at Sporting. He was a quiet man, but really good at forming a cohesive group, with a focus on collective goals.

I also learned a lot from Couceiro, who was my coach at Alverca before we worked together. He was a natural-born communicator, comfortable speaking in front of big groups and excellent in press conferences.

"You have objectives, like reaching the Europa League, but you also have to sell players"

Carlos Queiroz was also a big influence. He was responsible for a big leap forward in coaching methods in Portugal. I first met him when I was 17, when he was Portugal youth coach, and even then you could tell he was completely different. Years later, when I was taking my courses, you could see his fingerprints in all the materials.

Carlos brought about a complete revolution in Portuguese football, with better physical preparation and a more holistic approach. I was lucky enough to be in the system, observing those changes.

Then there was Quinito, who I played for at Vitória. In terms of man-management and interacting with the group, he was fantastic. He was so good at taking care of the mental side of the game. The way he transmitted so much positive energy to his players was unique.

One story captures his outlook perfectly. It was late in the season and the team was going through a crisis. We were playing well, but just not getting the results. We were on the bus, travelling to a game, and he got out his little metal suitcase. He dug in among his socks and boxer shorts, and brought out a bottle of champagne and plastic cups.

He said to us: "It doesn't matter what anyone else says. I'm certain we're going to win this match. So certain that I'm going to open this champagne now, for everyone to drink."

It was only an hour or two before kick-off!

But I think we all understood his message. We ended up winning the game.

"I'm at a club with massive ambitions, and that suits me. But there are still challenges"

I try to instil confidence in my players in a similar way. Part of that is being prepared to put faith in young players. If they have the quality, I have no reservations about putting them in the team. A good example is Ederson (above), who shone in my first season at Rio Ave before moving to Benfica. I also took chances on Moussa Marega and Tiquinho Soares, both of whom are now doing well at Porto.

The youth policy worked especially well at Marítimo. A lot of the kids I had coached in the B team moved up to the senior side; within four years, the vast majority of players in my squad were academy graduates. And Marítimo were able to sell a number of them for good money.

That financial side is important in Portugal, especially outside the Big Three – Porto, Benfica and Sporting. It's difficult to compete with them; you have to believe in your work, be dedicated to your philosophy.

You have objectives, such as reaching the Europa League – something we managed at Marítimo, Rio Ave and Vitória – but you also have to sell players. I left every club in a healthy position financially, and also reached three finals in eight years. When you're managing smaller clubs, this is a big achievement.

The situation is different at Olympiacos, because they're the biggest club in Greece. I'm at a club with massive ambitions, and that suits me. But there are still challenges.

Almost 20 players left last year, so we've had to form a new, young team. People quickly understood what I'm trying to achieve. I feel good here, too: I always knew that I would manage abroad sooner or later, and it has been an important step for my personal development.

But I'll never forget where it all started: at the bottom. I knew it would be tough building my reputation further down the pyramid, but I also thought it would bring me more pleasure. I was right about that.

Would I do the same again, knowing all that I know now? Absolutely. I'm profoundly grateful for those experiences.