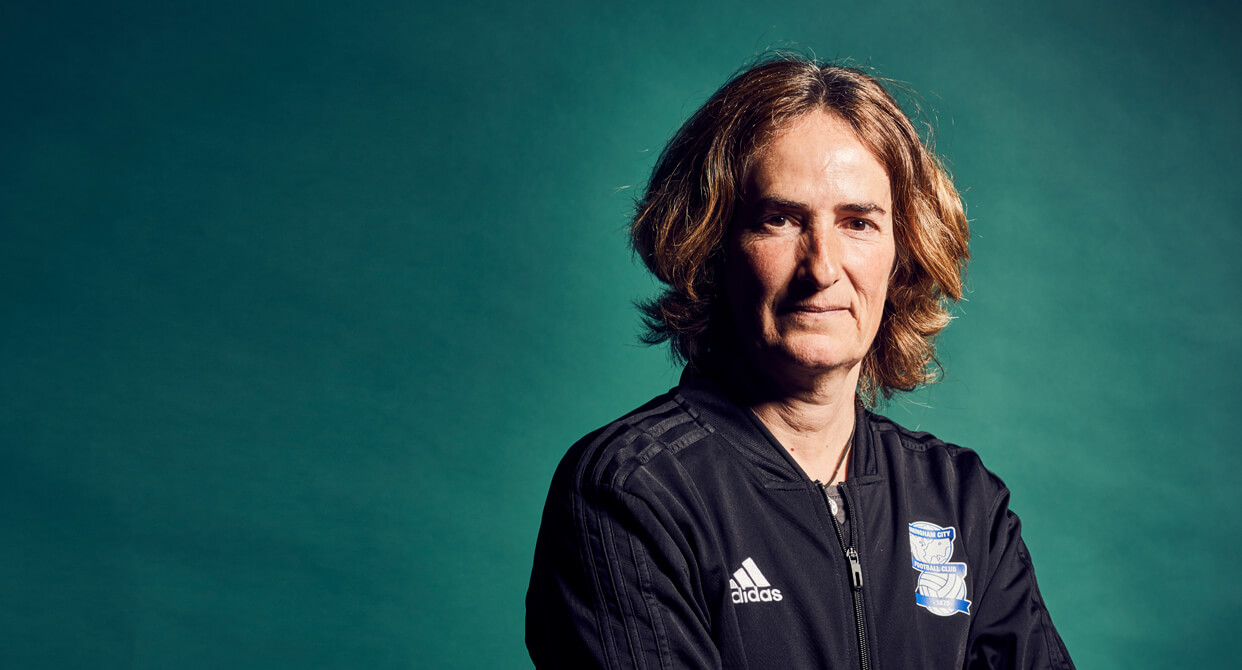 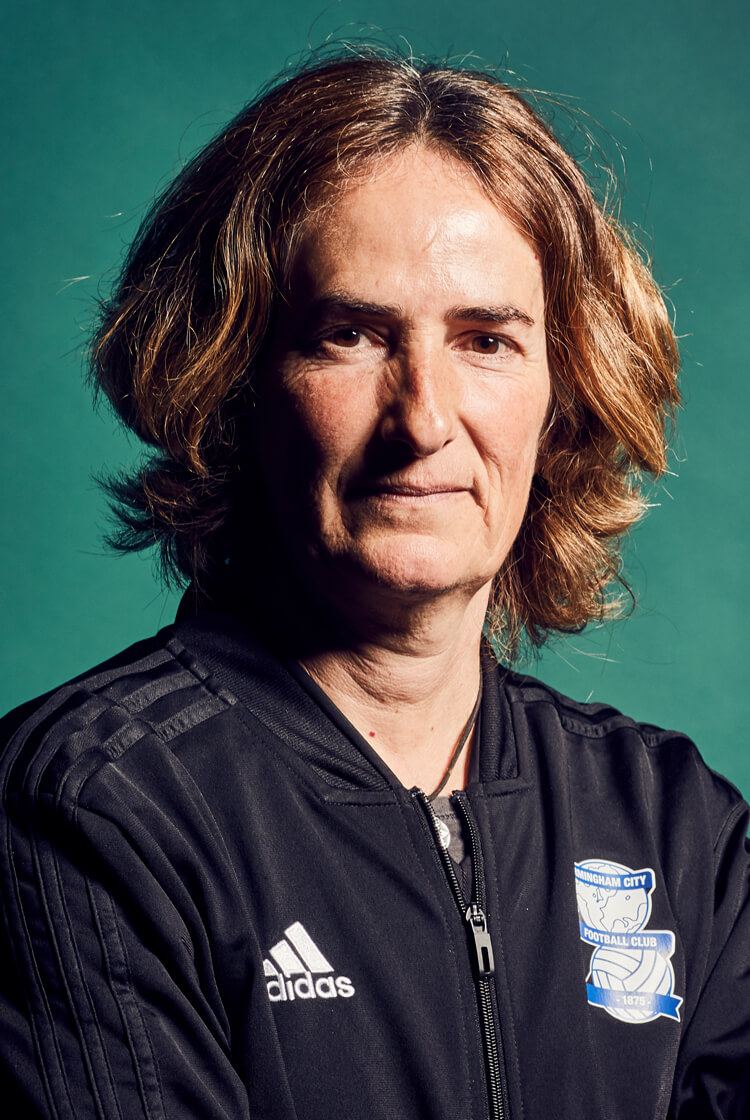 The Power of Fate

The search, I think, was “Spanish woman, manager, football…”

And that is how Google plays a part in my story.

It was back in 2006. Chile had submitted their entry to host the 2008 Under-20 Women’s World Cup. When FIFA chose them as hosts, they were granted automatic qualification.

They had done all the organisational stuff, but then they realised they needed to sort out the football side of things. They didn’t even have a manager.

The federation wanted a woman for the job, preferably, and a Spanish speaker too.

I had completed my coaching studies the year before, and I had finished top of the class. It got talked about a lot in the Spanish press. You know, the typical comparison. The feminist struggle.

Back in Chile, they found the news on the internet. “Let’s get her.”

“We’re from Chile, we’re looking for a manager. Are you interested?”

“Well, I could be,” I said. I was half-asleep and didn’t think any more of it.

A couple of weeks later, they called again. At 3am, again. I told them my life was in Spain. “I don’t know you at all. Send me an invitation to come over, and let’s have a chat.”

I hung up and, again, I didn’t think any more of it. Not a second thought. A few days later, I received a plane ticket.

“Blimey, this is serious.”

I went to meet them, and that’s another story. I liked the project a lot, but they put me up in a part of the city that wasn’t very nice. On my way back to Spain, I wasn’t at all convinced with the whole idea.

I told them I’d think about it and headed to the airport, but the plane couldn’t take off because of a broken part. We were delayed for two or three days, so the airline put me up in a totally different area of the city.

“Being realistic, we weren’t ready to go head to head with anybody – but one of my objectives was just to give it a go”

That’s when I said to myself: “I could live here.”

If that plane hadn’t broken down, I’d probably have said no.

And people say they don’t believe in fate.

The job was an interesting challenge for me, and it was an incredible opportunity to play at a World Cup. The whole set-up was very appealing, too. Chile had a female president at the time, Michelle Bachelet, and she had a daughter who played football. She wasn’t in that particular squad because she was older, but Bachelet (below) was very focused on women in sport. She was focused on opportunities.

We had a year and a half to develop a team, but starting from scratch. From that team, and the players who came a little bit after the World Cup – all of whom were part of the group I worked with – 18 went on to feature in the 23-player squad that Chile took to the Women’s World Cup in France this summer.

I didn’t have a family then. They became my family, my people, my world.

Being realistic, we weren’t ready to go head to head with practically anybody. In fact, the Under-17 and Under-20 World Cups are usually awarded to developing countries – the home teams tend to lose by big margins.

That’s why one of my objectives was just to give it a go and not make fools of ourselves. In that sense, we did well. We lost 2-0 to England, 4-3 to New Zealand and 2-0 to Nigeria.

We didn’t go through, but we were competitive. I think things turned out the way they should have. We all wanted the dream to carry on, but that was that.

They renewed my contract to take charge of the senior team, and I stayed for three and a half more years. We qualified for the Pan-American Games for the first time and finished third in the 2010 Copa America – after coming last-but-one at the previous tournament in 2006.

We were one goal short of qualifying for both the World Cup and the Olympic Games. We developed really well.

In 2010, the Chilean Football Federation presidency of Harold Mayne-Nicholls came to an end. He was the president who had given me a contract and taken a chance on women’s football. The board at the federation changed, and those who came after him didn’t want to invest in women’s football.

I was there for five years in total. I have a Chilean son, I’m in love with Chile. I love the country, the culture. The people are very welcoming. I’ve got only good memories of Chile.

After that, I returned to Spain and started teaching at a university. Then Peru called me.

Initially, their idea was to do something similar to Chile. I signed a three-year contract. Another adventure.

The desire was there in Peru, but there were obstacles everywhere. Problems. I learned a lot, because you do learn a lot when there are problems. There were good times too, of course – but not enough to make up for the other circumstances. I returned to Spain once more.

Right away, I was offered the post at Club Deportivo Tacón in the Second Division. I signed for two years. The first season; we finished in second place; the second, we finished first. We played off for promotion, but lost the final. We didn’t go up.

I got the feeling that a third year would just be more of the same, and I wanted a change. I really like a challenge, new situations. I like to try new things. I’m a globetrotter.

“Women’s football is going through a boom. I don’t know whether to call it a feminist movement or just a recognition of the need for equality”

Throughout this whole period, ever since I had gone to live in Chile, I’d worked for FIFA delivering courses worldwide. I said to myself: “Well, while I’ve got the chance, while I decide what to do next, I’ll commit more to FIFA.”

I’d never had an agent. I’d always trusted that, when the time came, something would come up.
And it did. I was in talks with the Chinese Football Federation to help them manage their technical staff when the Birmingham City manager, Marc Skinner, got an offer to go to the United States to be head coach at Orlando Pride.

Birmingham needed to fill the post – and, by coincidence, the club’s owners were also Chinese. The federation recommended me to the club, and they offered me the job. I hadn’t coached for six months, and I was already missing it.

Right now, women’s football is going through a massive boom alongside… well, I don’t know whether to call it a feminist movement or maybe simply a recognition of the need for equality.

Lots of clubs and several countries have found formulae where women’s football does create interest. It fills stadiums, it gets watched on TV, and it’s bringing about very important change.

In Spain it’s proving especially successful, and we’ve had a couple of incredible years. In 2018, we were Under-17 and Under-19 European champions, and runners-up at the Under-20 World Cup. In May, Barcelona made the Champions League final – the first time any Spanish team has done that. And, in the summer, the senior team made the knockout stages of the Women’s World Cup for the first time – losing narrowly to the eventual champions, the United States (below).

That’s something that makes me very happy, and I think that underneath all of that there is social and educational change, a change in policy. For me that’s the opening salvo, if you like; to open up to mixed football.

I think the trigger came when Spain mooted the possibility that under a certain age, which is 14, we’d never again talk about a girl or a boy. We would talk simply about a footballer, without gender.

It’s all a world apart from when I was a girl. I remember, when I was 13, I read in a newspaper that a woman player from the Canary Islands – where I lived – had been called up to the national team.

That was the first time I realised that there was organised football for girls. I didn’t know it existed. The only thing I watched on TV was men’s football.

Women’s football had no profile at all.

Fortunately, I grew up in a block of flats that had a small football pitch outside. I’ve always said that, if it had been a tennis court, I would have been a tennis player.

I was the typical sporty girl, but a big influence was that my parents were very open-minded. They still are. They didn’t discriminate in how they brought up my brothers and I. We all set the table, we all made the bed, we all shared the chores.

And we all played football.

That was really positive, because I didn’t realise there was any prejudice around football – that it was supposed to be for men – until much later on.

By the time I found that out, it was already too late.

I liked it too much.