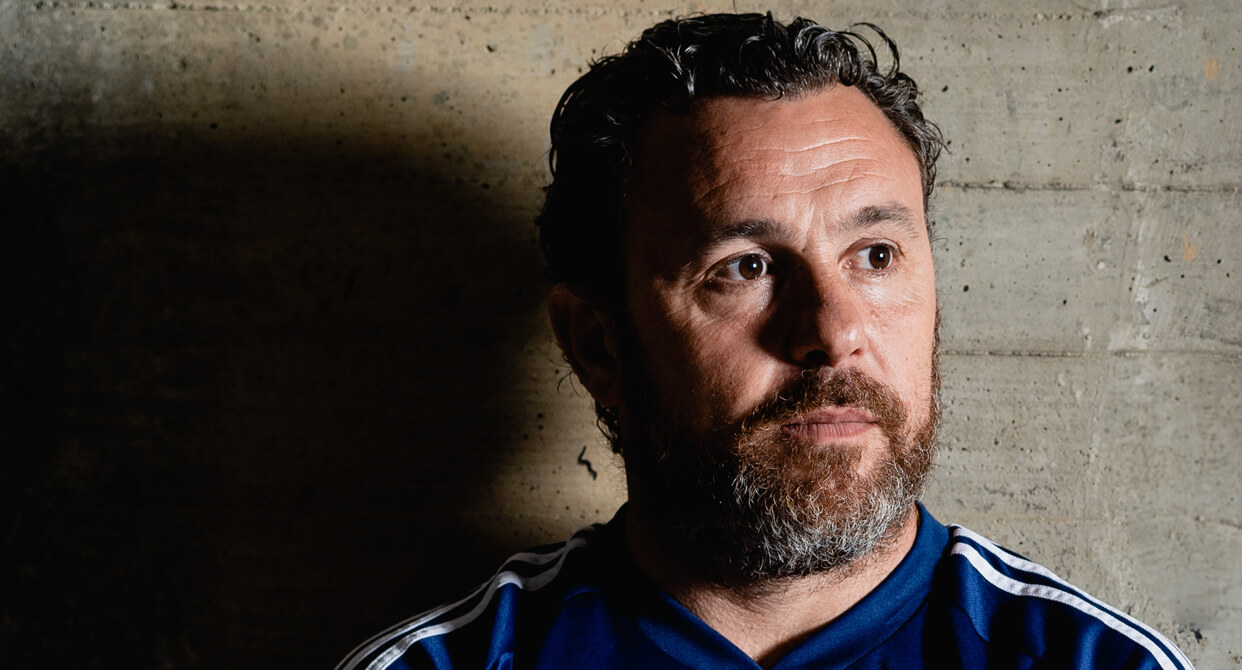 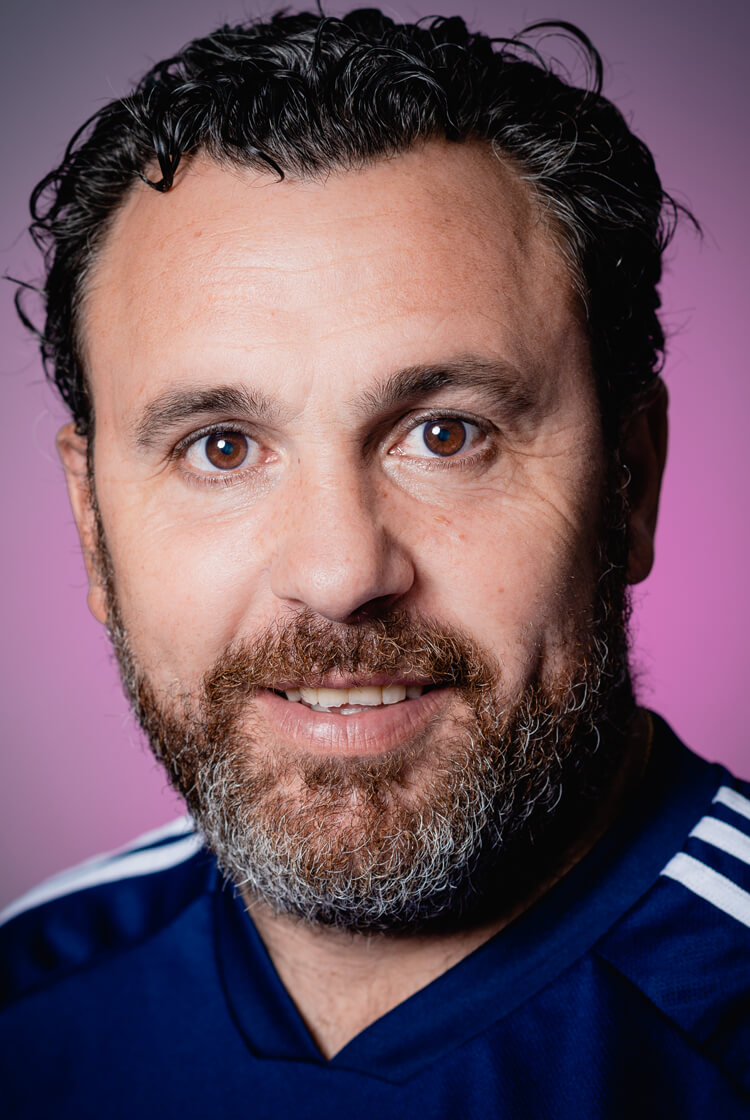 The feeling was very close to despair.

There hadn’t been a single call for a year and a half. Not a single meeting with a single director of football.

Ultimately, it is the directors of football who recruit the coaches. But for them to recruit you, you first have to explain to them what your model is. Your philosophy. Basically, you have to connect.

For me, that hadn’t happened during the period after leaving Espanyol. At least not until April 2018, when there was an opportunity to talk with Miguel Ángel Gómez, the director of football at Valladolid. It was thanks to my agent, Antonio López, who I had only just started working with.

I’d had another agent before Antonio, but it was only after all that time that I realised what I really needed. Someone who was just starting out, but who was also well-known. Antonio had been the Atlético Madrid captain; he had played for Mallorca and also for Osasuna. He was a full Spanish international – and now he wanted to represent me.

I didn’t have a strong enough background in coaching to be able to call a team and say: “It’s Sergio. I’m here. If you want, you can hire me.”

I’d have to find another way.

The offer was very low, financially, but that’s normal. From the club's perspective, it was a bold move to bring in someone who had been away from coaching for so long. That's why I’ll always be grateful to Valladolid for the opportunity they gave me.

It was also only a short-term offer, for the final eight fixtures of the season, but there was a clause in the contract that would allow me to continue the following year. It would all depend on our performance during that period. If we managed to get into the Segunda División playoffs, it would be renewed; if we didn't, then it would be down to how the team had made people feel.

"When I walked into the dressing room, the most important thing was that the players accepted me"

In the midst of it all, as a family we were going through a very special time. We were only four weeks away from the birth of my daughter.

I therefore had to choose between staying in Barcelona, and leaving for those eight weeks. I was wary that it might all go wrong with Valladolid, and that I would also miss the birth of my second child.

My wife Irene and I talked about it, because she didn’t like seeing me in that situation. Eventually, we came to a conclusion.

I might not have another opportunity like that. With a club of Valladolid’s history and profile, I had a lot to gain and little to lose. I could not miss the train.

When I walked into the dressing room, the most important thing was how the players accepted me.

This may seem an exaggeration, but it was like finding the love of your life. They enthralled us and we enthralled them; right from the start, we had a very tight relationship.

It also helped that I didn’t come in like a bull in a china shop. We took advantage of what the previous coach, Luis César Sampedro, had achieved to move the team forward. The players liked that – most importantly, they went with it.

A few days after my fourth game in charge, my wife called to tell me she was leaving for the hospital. I was lucky to find a flight to Barcelona, and left Diego Ribera, my assistant coach, in charge of training.

I flew back, my daughter was born, and I was able to return to Valladolid on the Friday – a day before playing Albacete. We won 3-2, and moved closer to the playoffs.

Once that match was over I paused for a moment, and I was struck by everything that I had going on. I’d had a year and a half of quiet; all of a sudden, I was going through a lot. Coaching, a new child, and a shot at reaching our goal. And I was away from home.

That’s just another part of a coach’s life.

We are a little bit like nomads. It’s like being part of the circus. You get there and you settle in, but often you don’t know how long it’s going to last; it all depends on if the show goes well. Only once we got promoted did my family settle in Valladolid.

I had never managed to win a league title as a player, although I did win two Copa del Rey finals – the first with Espanyol in 2000, and the second with Deportivo La Coruña. The latter, in 2002, was the 100th in the competition's history. It was dubbed the Centenariazo, as it took place on the 100th anniversary of Real Madrid – but I was part of the team that beat them in the final, at the Santiago Bernabéu (above).

But that day with Valladolid, when we got promoted to La Liga, wasn’t like anything I’d ever experienced before in football.

After what had happened at Espanyol, when I’d had to leave the club in mid-table, I had the feeling football that owed both me and my assistant Diego one.

I was obviously very happy, but what made me even happier was seeing the faces of the people around me. I enjoyed watching my wife, the other players, the coaching staff and the fans all smile.

All of that was topped by the feeling of realisation. “Yes, damn it. I am good enough for this.”

"I chose to be a coach, but not with the same obsession I had as a player"

I never had all of those feelings as a player. Whenever I’d won, I’d celebrated the moment with my teammates. I was in the present, without thinking about what I might have lost in the past.

Not as a coach. Even when you win, a thousand things keep going through your mind.

That’s why I tell my players to enjoy what they do.

“As long as you're playing football, don’t think about anything else. Don’t enrol for the coaching or football director’s diploma courses.

The time to decide what to do next in the life of a footballer will come. The life that begins when the routine of waking up every day to go training stops, and you wonder: “What now?”

That’s when you need to prepare for a new situation and to take on new responsibilities, whatever it is you want to do: become a coach, a director of football, an agent, or to just forget about football altogether and run a business.

I chose to be a coach. But not with the same obsession I had as a player, when I’d tell myself over and over: “I have to be, I have to be.”

I did it step by step.

First through working with the Espanyol B team, as assistant coach to Raúl Longhi and later to Manolo Márquez. I learnt a lot from Manolo, especially about how to talk to players. The important thing is not to take too long, but to be pragmatic; to focus your message to engage the players' attention.

After that, Jordi Lardin actually put me in charge of coaching the B team. We had a great season and we ended up in eighth place. A space then opened up with the first team; Javier Aguirre had left and Espanyol were looking at several names, one of which was mine. Eventually, they decided they wanted me.

Maybe it was a bit premature, or maybe it was a bit bold. But I understood the challenge, and some of the players had previously been my teammates. Sergio García and Diego Colotto, for example, who I had played with at Deportivo.

They’re the types of player who, when a coach has 10 problems in the dressing room, can work out at least five of those on their own.

We started slowly, but the first season was a good one.

The following summer a lot of players left, but even then the team remained in good shape. That’s why I didn’t understand my dismissal; the circumstances were far from normal, because they were not related to football.

But football has given me another chance, and I’m coaching in the top division again. I feel privileged. I enjoy my work – every single day.

I love the attitude of my players. They give it their all when they train, and in every match they don’t hold back.

In Ronaldo (below), we also have a chairman who is very close to us. He is a tremendously positive person.

He always gives you a very upbeat view of what’s going on, which is very helpful to everyone – he knows how to handle pressure from his time as a player. Just a few minutes listening to him can be worth 10 training sessions.

Everything helps me to continue improving. Different elements within the team, or beyond it – for instance, when we analyse our matches and we see that the opposition has used some interesting passages of play that we might use.

Or from the matches our lower teams play, or when I watch my brother Alberto playing for Europa in the Tercera División.

Ultimately, football is like a medicine. A doctor never stops learning, right? Well, nor does a coach.

The hope is that, once you catch that train, it never stops.