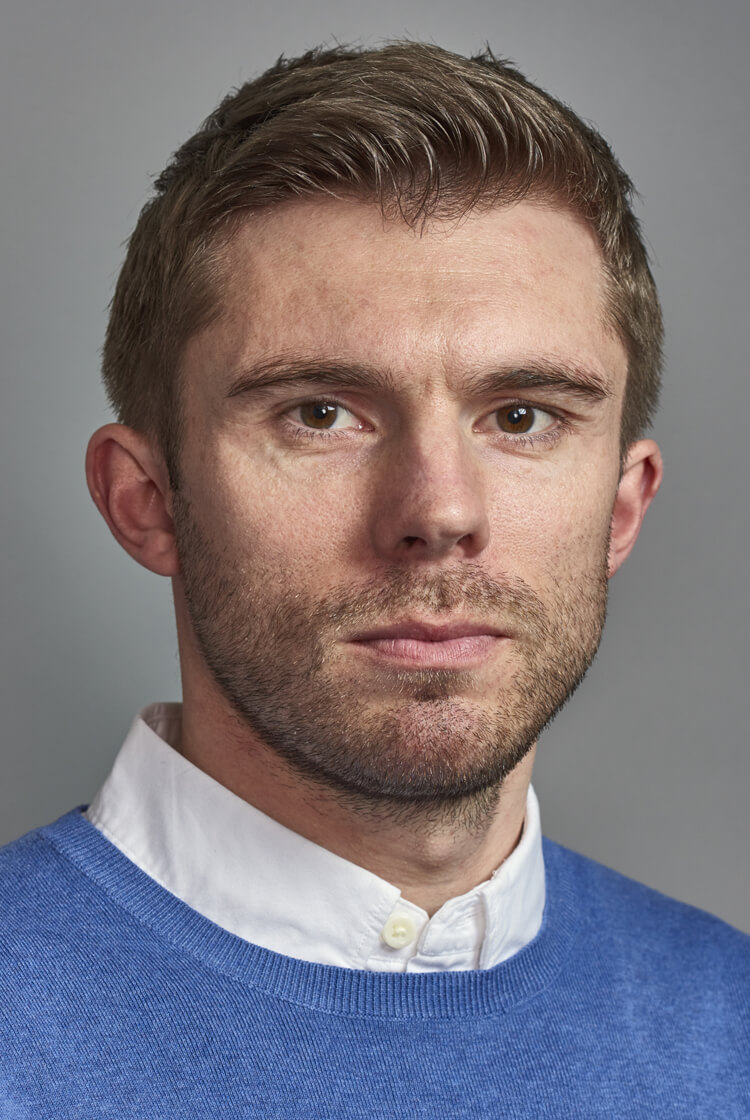 A few weeks earlier, I had been sitting on the sofa waiting for the phone to ring.

Now, I was stood on the touchline for my first competitive game as a manager. In the Europa League. In Denmark.

I grew up an Evertonian. That’s my first recollection of football, going to Goodison with my dad in the 1990s, sitting in the Gwladys Street Stand.

We watched an Everton team with the likes of Andrei Kanchelskis and Anders Limpar playing on the wings. Duncan Ferguson through the middle. A solid midfield three of John Ebbrell, Barry Horne and Joe Parkinson. It was a side that wanted to defend well first, but as soon as the ball crossed the halfway line and Everton were on the attack, the supporters were off their seats.

As a young kid, you had no choice but to stand up if you wanted to see anything. But watching that team was a major experience that has stuck with me. You want your team to be strong defensively, but there needs to be a balance. You want them to be just as effective in attack and at pace. To get the supporters off their seats.

"I felt it was important to start right at the bottom. I was embarking upon a new career at a very young age and I wanted to embrace the challenge in the right way"

I was signed by Derby County at the age of eight, progressed through their academy system and played there for eight years. It was a fantastic experience – a wonderful education both as a young footballer and a young person.

Then, one day in February, eight years came to an end in one 20-minute meeting. The club was releasing me.

It was tough to take at the time, of course. A real blow. I was 16, and had my GCSEs that summer. It was a real challenge to pick myself back up off the floor and try to make sure that I still got a good education behind me.

I think that experience made me a stronger character.

I was never someone who liked to give up on any challenge, and after leaving Derby I was keen to continue playing. I played for a few different sides – most notably Kidderminster Harriers and Burton Albion – but by the time I was 21 I had reached a point where I knew I wasn’t enjoying playing like I once had.

My passion had always been football, though. I believed I had a good understanding of the game, and as soon as I realised I wasn’t going to reach the top as a player, I determined to try and get there as a coach.

I’d already made a start. While still playing at Kidderminster, I was coaching in communities, in local schools. Trying to help kids enjoy football like I had.

I saw it as an opportunity to start learning the ropes with my FA Level 1 badge. To see what coaching was all about. I felt it was important to start right at the bottom of the ladder. I was embarking upon a potential new career at a very young age and I wanted to embrace the challenge in the right way. To make the right move.

From there, one thing led to another.

By 19, I had passed the UEFA B Licence, which allowed me to secure my first role in an academy. That was at Stoke City, where I was working with the Under-11s.

I had an excellent time there. But when Derby County approached me about a return, it was a no-brainer for me to go back to a club that I knew so well – and work with players who were in a position I had been in only a few years earlier.

"I was keen to work with players at an older age level. To work with footballers on a full-time basis, and test everything that I had learned"

I spent six years at Derby, during which time I was made head academy coach of their schoolboy system.

I was 23. Still very young, I suppose. But I never thought about my age. I’ve always focused on making sure I do the best possible job I can in whatever position I’m in. Helping people, developing players, improving them – that was my ambition then, and it still is now.

At 15, 16, 17 years of age, these young players were probably a generation behind me in football terms – but I felt like I could relate to them, and they could relate to me. Looking back, too, I was working with some of the best youngsters around at that time – lads who have gone on to play at the highest level since.

But I was keen to work with players at an older age level. I had desires to be a youth team coach, to be around and work with footballers on a full-time basis, day to day, and test everything that I had learned.

So I took a punt, and moved to Exeter. To work with the Under-18 team at Exeter City.

I had my UEFA A Licence by this point, but I was focused on achieving the highest qualification possible – the Pro Licence – before I turned 30. That was the aim.

I was driven to do that, but also to take on as much experience as possible in the meantime. I never doubted that this was the right path for me.

As I said, my passion has always been football. As a fan. Then, as a player. And now, as a coach.

"The one who stood out was Andre Villas-Boas. I was intrigued to see how he coped as a young manager having to deal with the pressures and expectations of managing such a big club"

Cardiff City was my next learning ground. The club had been promoted to the Premier League for the 2013-14 season, and wanted me to take the same role I’d had at Exeter, looking after the Under-18 team.

In terms of my day-to-day work, it was nothing new to me. But this was a Premier League club, going into their first season in the top flight. Expectations were raised. Excitement levels were high. It was a great time to join.

It was also an opportunity to sit very close to the action week in, week out. For first-team home matches, we sat behind the away dugout. That meant I was a matter of metres away from Premier League managers doing their work on the touchline on a Saturday afternoon.

It was a fascinating season. Manuel Pellegrini was Manchester City manager at the time. Arsene Wenger was at Arsenal, obviously. Brendan Rodgers was the Liverpool manager. Sam Allardyce, Roberto Martinez… it was so interesting to see how the different managers operated within their technical areas.

The one who stood out most, perhaps because he was a young coach and so felt relevant to me, was Andre Villas-Boas (below). He arrived as manager of Tottenham, who won on the day – but only with a 90th-minute goal.

I was intrigued to see how he coped as a young manager having to deal with the pressures and expectations of managing such a big club. I wanted to watch how he handled the journey of the game. To see the explosion of emotion when they scored a last-minute winner was so interesting. What an education.

I was at Cardiff for three and a half years. I moved from the Under-18s to first-team coach, which was the highest level I’d worked at, and then to manager of the Under-23 team.

From the outside, it might have looked like I was taking a step back. But I felt the opposite. I was working as a head coach, at the highest age level of my career. And I was able to use my experience of working with the first team to help players just underneath that level – I could give them a real insight into the demands, the expectations they would encounter if they were to step up to train or even play with that first-team squad.

I had two hugely enjoyable seasons with the Under-23s. But, partway through the second, I started to think that I would like another opportunity to step into senior football again. Not as a coach, though. As a manager.

"For 10 years, I’d spent every single day working at football clubs. My whole life had been football; my whole working career, coaching. I missed it."

I left Cardiff in December 2016. It felt like the right time for both the club and myself, and it gave me a chance to have a short spell out of the game.

I needed a rest. Needed to reflect on all my experiences in what had been a whirlwind of a journey. I had started coaching at 17, and had finally achieved my Pro Licence at 29 – the youngest British coach to do so. It had been wonderful, but the time away gave me an opportunity to reflect.

That was the first stage. The second stage was to find a new job.

I applied for one or two different roles, some good positions. Just missed out. Didn’t quite make the grade, for whatever reason, but took a lot from the experience of going through the interview processes. One was for the Under-21 job with Northern Ireland, which gave me an opportunity to present in front of Michael O’Neill, fresh from having taken his team to Euro 2016. Another great experience.

By April, I was starting to get itchy.

For 10 years, I’d spent every single day working at football clubs. My whole life had been football; my whole working career, coaching. I missed it.

The opportunity came out of the blue.

I was approached by Bangor City, a club in the Welsh Premier League. It wasn’t a full-time position, but it was an opportunity to get back in the game. To manage at senior level for the first time. It felt like the right move at the right time.

I knew the club had qualified for the Europa League through the playoffs the previous season, so they were about to go on an adventure. I wanted to be a part of that adventure.

June 27 2017. My first game in charge. Away at Lyngby, one of Denmark’s biggest clubs. Managing in the Europa League, at the age of 31.

The build-up was everything I’d imagined. Training in the stadium, on the pitch, the night before, was fantastic. The real buzz leading into the game, for everybody at the club – the players, the fans, the staff, the directors.

And me. That’s why I joined. I wanted to be a part of that.