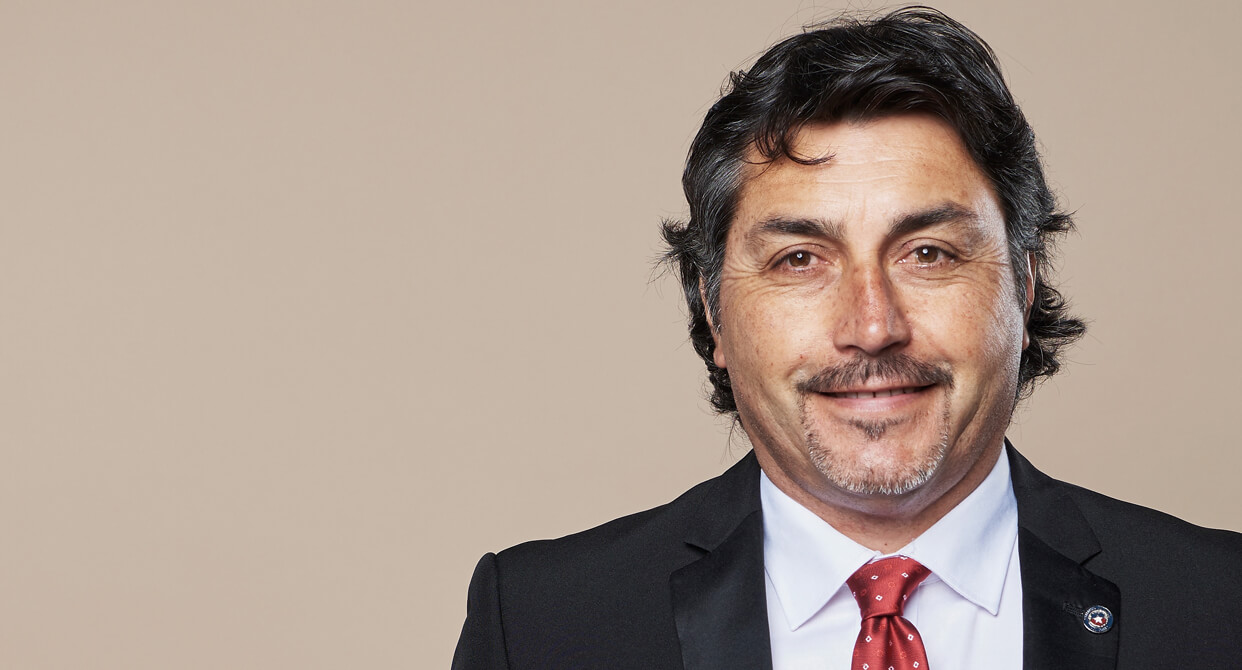 It all happened by chance.

I was working as a manager for the male youth teams at Colo-Colo when, in 2009, the club said they needed me to be part of the women’s technical staff as a goalkeeper coach.

Up to then, working on women’s football hadn’t been in my plans. I’d never seen a women’s match. Professionally, it was completely alien to me.

Even so, the club took that decision, maybe taking into account my background as a professional goalkeeper. I had played for several clubs in Chile, as well as at Alianza Lima in Peru and Morelia in Mexico.

After several months, Colo-Colo’s board called me to another meeting. They told me that I would no longer be the goalkeeping coach, but would become the manager for the Under-17s and senior women’s teams.

It was five years later that the call from the Chilean national team came. By then, I’d had five very enjoyable years at Colo-Colo, winning several titles, including the Copa Libertadores in 2012.

The director of sport at the federation was looking to boost women’s football after it had stalled for several years. So my role was first to be in charge of the youth teams – and then, towards the middle of 2016, to take charge of the seniors.

From then on, we started a gradual process that eventually led to us holding the Copa América Femenina in Chile in 2018 – the tournament at which we won our ticket to the 2019 World Cup by finishing as runners-up.

Since then, we’ve worked so hard to prepare for this tournament.

"Planning is in our DNA. Total, 100 per cent focus on preparation"

It has also been a time of personal growth, as I’ve been getting to grips with the changes women’s football is going through – and also the fact that, in Chile, we need to keep developing day by day.

It would be impossible to count all the hours of work we’ve put in. Since the moment we qualified we’ve been totally focused on preparing for this tournament.

We’ve worked virtually seven days a week with the players who are in Chile, monitoring those who play abroad, watching our opponents’ matches.

Planning is in our DNA. Total, 100 per cent focus on preparation.

But all of this means there has been a shift in emphasis; having to leave the family in the background because of work. But that’s the reality of being the coach. Sometimes you have to be selfish in that sense – giving all of your time, dedicating yourself to a tournament of this size.

Fortunately, my family understands. They know how important it is to work hard to be ready.

France is the first World Cup in the history of women’s football in Chile.

As debutants, you feel all sorts of different emotions at once. There’s great excitement among the whole group. But there is also a sense of responsibility.

It’s no good just to have got here. We want to prove that we can compete, and showcase the style of play that has underpinned our journey this far.

However, we know it will be difficult. We saw that in the last friendlies we played. The 7-0 defeat against Holland in April (below) was hard, but it also served as a lesson for the technical staff and the players. To carry out our analysis with regard to who we are going to come up against.

At this World Cup we’re playing big teams in the group stage. But that’s the beautiful thing about this competition, right? Playing against the best.

We’re playing against the United States, the reigning champions – plus Sweden, who have a history at World Cups, and an emerging team in Thailand.

The USA has been developing women’s football for a long time, with significant support, to the extent that it’s more popular than men’s football. They have very strong players who are very fast and who, undoubtedly, have more experience than us.

Obviously, there are differences between us and the bigger teams – but we will try to minimise those differences as far as possible.

We haven’t set ourselves any objectives ahead of the tournament.

It’s good that people believe in this team after what we did in the Copa América, but maybe when there is a lack of awareness around women’s football, certain media expectations are created.

The important thing is that we – both the players and the technical staff – really understand the situation. And we’re clear about that.

In terms of the responsibility we mentioned before, there’s more to it than just competing. It’s about the future. We’re mindful that what we do at this World Cup in France could be the start of what’s to come for women’s football in Chile.

But it’s important we don’t make the development of women’s football conditional on results at this World Cup. That would be a very short-term and biased view.

"Do we look for a result to develop, or do we develop to get a result?”

When you’re in the initial stages, as we are with women’s football in South America and Chile, I think you really have to cement the foundations for development and all that that implies. Opening up society, state support, securing participation from the clubs.

I always mention what Spain is doing as an example.

In the last few years it has consolidated its league and strengthened the youth teams, with great performances from its junior national teams. All of that has fed into the senior team, which is now one of the best in the world.

But it’s not only Spain. The rest of the top national teams have also done it. That shows you that it must be a permanent project over time.

But that is where the paradox comes in: “Do we look for a result to develop, or do we develop to get a result?”

Obviously, I don’t want to dismiss the importance of the result. Managers accept they have to live with that. But, for me, the answer lies in the work you do every day.

That’s how you can get a result, and not the other way around.