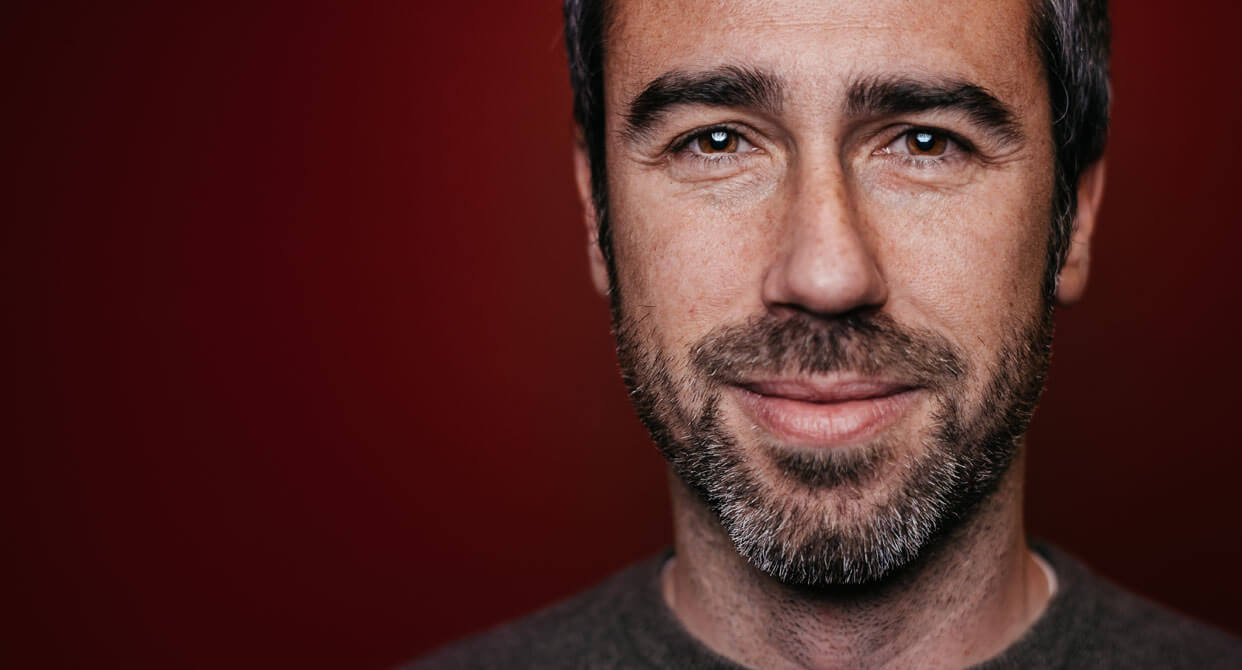 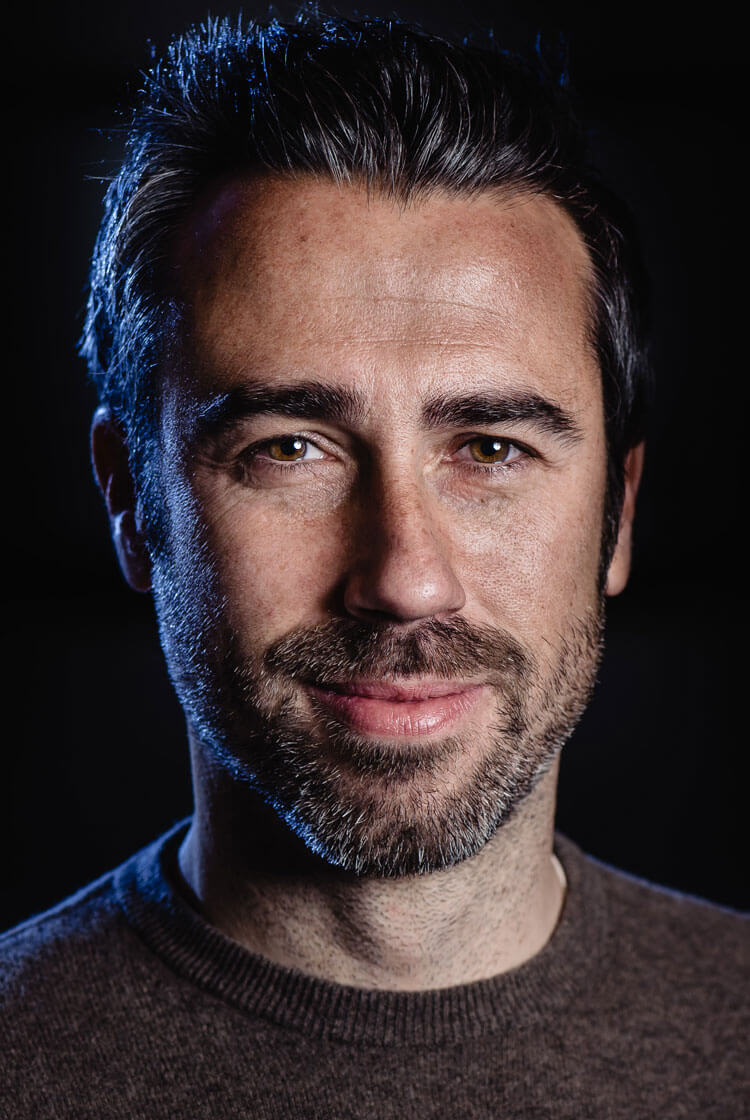 I was in the swimming pool at home and I’d left my mobile in the living room.

My wife came in and said: “Jorge, the federation’s calling you.” I quickly got out of the pool – so quickly, in fact, that I remember I got my phone wet.

“It’s going to be made public today. We’ll talk about everything tomorrow, but I want you to know that it’s being made public that you’re the new manager for the senior side.”

“Go ahead,” I replied. And that was it. The first person I told, obviously, was my wife. Then I called my father. He was very happy.

“You deserve it,” he said. “You know what to do already. Don’t waste any time getting started.”

It wasn’t a big surprise: I had envisaged that I might be picked, as I was one of the candidates for the manager’s job.

I didn’t really feel the weight of responsibility, either. Quite the opposite; this was an opportunity, and I was excited to get started right away.

I had a lot of confidence in the team and in what they could achieve, although it was tough at the beginning. Two matches were scheduled against China, one of the best teams in the world. The team responded well, winning both in front of stadiums that were full to capacity.

That was three years ago, and I’m happy with what we have achieved since.

"Televised matches bring football right up close to girls. Contrary to what used to happen, they now have role models"

Right now women’s football is expanding in the country, although it’s still in the initial stages of development.

Our development has been different to that of other countries. The Spanish women’s national team played its first official match in 1983. For Germany, it was in 1971. They have 12 years on us. And in 1971, they already had 40,000 registered female players. Even now, we only have 44,000.

But it’s not about making comparisons. Each country has its own culture and goes at its own pace. What’s good is to look at both the present and the immediate future, which is very encouraging.

And this achievement is thanks to three basic key points.

One of them is international success, both with the age-group squads and with the senior team. It was very important to get to the World Cup in Canada in 2015, and to the Euros for the second time in 2017. In junior age groups, we’ve been European champions and runners-up, and getting good results at World Cups.

And then there are the clubs that are really backing women’s football and putting them on a professional footing. There are a few clubs doing it.

And, finally, visibility. Thanks to the work of sponsors and a lot of other people, televised matches bring football right up close to girls. Contrary to what used to happen, they now have role models.

Together, these three key points are the basis for development.

"When we’re selecting any age-group squads, the players with technical and tactical abilities take precedence"

Meanwhile, in the national team, we’ve been working for years on the same game philosophy. There are players in the senior side who have been with me since I was in charge of the Under-17 team. That’s years and years of hearing about the same type of game.

This way, I don’t have to start from scratch each time around. They already know. We’re on version 10.7 of our model now.

That’s all the work we’ve carried out so far because here, contrary to what happens in the clubs, we don’t have much time. Each camp consists of three training sessions, and then you play a match. It’s all about making the national team work as a team.

It was hard to start off with, but we settled on this idea knowing that it would work.

It’s attacking football. We like to be on the offensive. We also like to have the ball, but without leaving out the option of playing on the counter.

When we’re selecting any age-group squads, the players with technical and tactical abilities take precedence, well above the physical side. We don’t choose players for their weight and height. Nor for the number of kilometres they run. That will come in due course.

I wanted to start managing as soon as I stopped playing after suffering two injuries to my patellar tendon. I was 17 at the time. I’d played four years at the Barcelona youth academy. It was a very tough time.

But the doctor made it clear to me. He said it would be difficult for me to perform at a professional level given the state of my knees. Even today, when I play too much sport, I’m reminded of it.

With my parents’ help and advice, everything was easier. They’ve always helped me in all the decisions I’ve taken. I started studying Physical Education straight away, and it was something I really liked. I forgot about playing football quite quickly, but I was very clear I wanted to keep my links with it.

I got my coaching badges and I started to manage before finishing my degree. I was 22.

"I felt very clearly that I wanted to experience football from the grassroots. Real football"

Rafa López, who had been my manager at Real Madrid’s colts team, called me.

“I’ve got a lovely, exciting project, but it’s still early days. It’s Canillas. Are you interested?”

Canillas was a local neighbourhood club. I went to have a look and found wasteground and a shack. Rafa told me he was counting on me. “We’re going to make it big,” he said.

Looking at that scene, you back off a bit, but I felt very clearly that I wanted to experience football from the grassroots. Real football.

I was there every day. From Monday to Friday, from 5pm to 11pm. Then, at weekends, with all the different teams – from the youth to the regional squads. It was like that for seven years. In the end, it added up to about 10,000 hours on the pitch and lots of different experiences.

One experience I always talk about is the night my foot froze.

The pitch was bare earth and it was right in the middle of winter. In the afternoon, it rained and rained. Then it stopped and the weather stayed clear. It was very cold. The temperature would have gone down below zero. The last team to train was the regional team.

In the middle of training I started to notice discomfort in my left foot, but I didn’t say anything. Everybody there was putting up with the situation, and I was not going to be the one to complain about anything. When I went into the dressing room, I took my sock off. My foot was hard as a rock. Frozen.

What do I do? Well, I turned on the shower and put my foot under hot running water. A minute later, it was very swollen. We had to dash to the hospital.

The doctor there told me that the last thing you should do if your foot is freezing is put it under hot running water. The solution is dry heat and drinking warm soup. Fortunately, my foot was okay.

"Gheorghe Hagi would always give me his football boots; Romario too"

On that dirt pitch, I learned how to work with different groups of all ages. From seven-year olds to adults. You learn something from every player. From each group. From all the coaches I had alongside me. And just from working every day. The ball, the pitch, your resources. You constantly have to think how you’re going to do things to provide the quality and level of training for your players.

That makes you appreciate it all the more once you get to professional football and you have all you want. I don’t think I would be the same without having gone through that stage. I consider it good experience for all managers. I recommend they work with lower leagues. To understand what it’s like to play on a dirt pitch because, in the end, that trains you as a coach.

It’s a message that I’ve tried to pass on to players, too. Especially to the ones coming through now, who haven’t had to play on those dirt pitches. It’s important to know where you come from.

From time to time, I go back to Canillas. The club has grown a lot. It has also become more famous because the children of many Real Madrid players have gone there: Zinedine Zidane, Cristiano Ronaldo, also José Mourinho.

It’s still just as cold, of course – although now they have artificial grass and big facilities.

In everything I have done, I’ve been lucky to have my dad. With him I’ve had professional football in my life ever since I was a kid.

He worked with great managers in his career: Luis Aragonés at Atletico Madrid, Johan Cruyff at Barcelona, Jupp Heynckes and José Mourinho.

I was seven years old when my father signed to Barcelona as physical trainer. I’d go with him to all the training sessions. The first thing I would do is ask the kitman for a ball. I had a huge collection of footballs at home.

Of all the players I saw, Hristo Stoichkov caught my attention. We had a very good relationship. In person, he’s very different to his media image. He’s so generous – his heart doesn’t fit in his body, as we say in Spanish.

"My father has passed on to me all the good things from his career. There’s no Masters or degree course that can give you that knowledge"

I remember Gheorghe Hagi would always give me his football boots; Romario too. When I wore one player’s boots, the other would ask me where his were. I ended up changing my boots every day.

Weekend training sessions were for injured players to recover. With Pep Guardiola, I acted as sparring partner when he was injured. I had to mark him. Other days I had to cross the ball. There were lots of journalists at training sessions, and my legs would be shaking when I took the first crosses. There are lots of unique memories from that time. I treasure them.

I’ve been like a sponge since I was a kid. My father has passed on to me all the good things from his career, and the work he’s done with the different managers he had. There’s no Masters or degree course that can give you that knowledge. I’ve gained insight from all the managers I’ve known. Afterwards, adding in my own ideas, I make up my own mixture. But my main role model has been my dad. He’s taught me everything.

On a personal level, he has always told me to be myself. To take the decisions that need to be taken. But they have to be decisions that, after I’ve taken them, I can look everyone in the eye.

As a manager, he has passed on to me his way of seeing football. And a piece of advice that’s always been useful to me.

“If at any time you have doubts about choosing between two footballers, choose the one with more quality.”