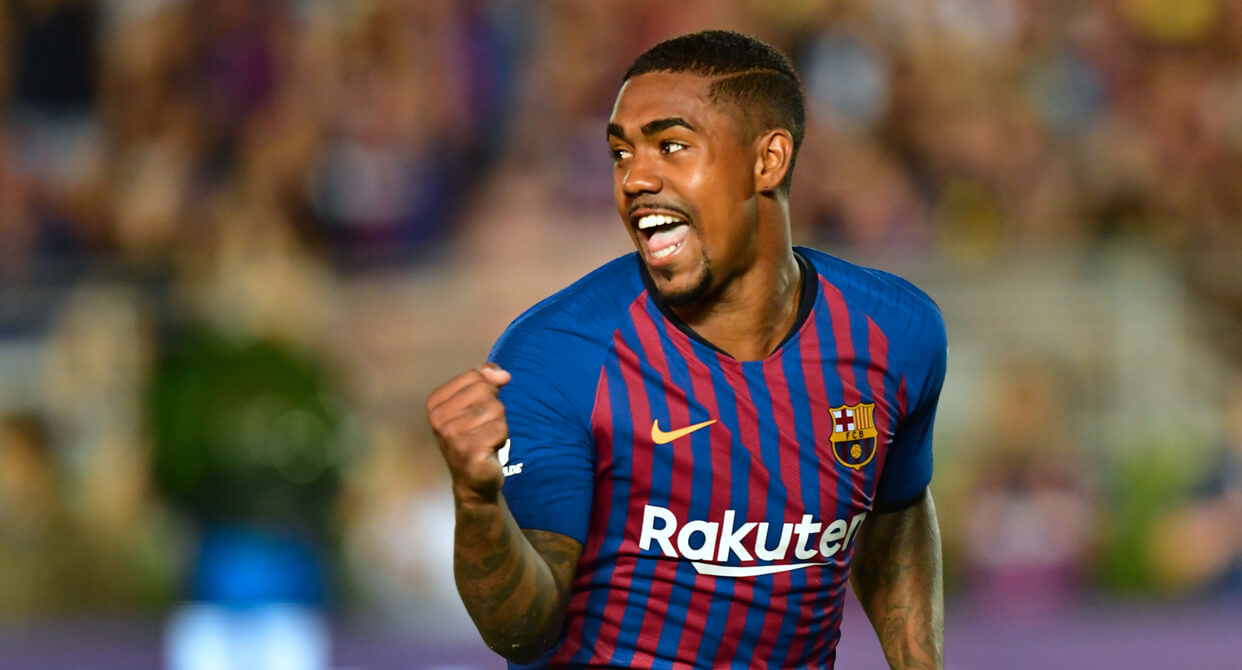 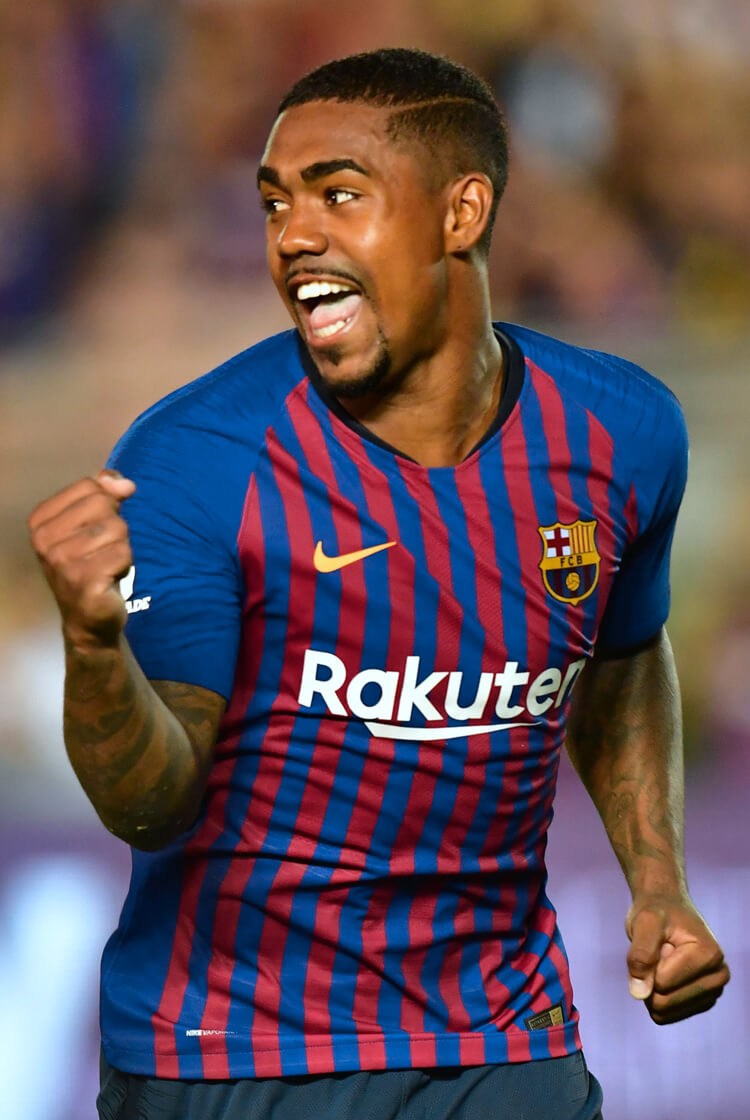 Profile
Malcom – full name Malcom Filipe Silva De Oliveira – began his professional footballing journey in the youth system of hometown club Corinthians in Sao Paulo, Brazil. His breakthrough season came in 2014, when still only 17; but it was his second year that caught the eye, as his attacking exploits from the right side helped Corinthians win the Brazilian Série A title. A move to French club Bordeaux followed in January 2016, still a month before his 19th birthday.

A single goal in 12 Ligue 1 appearances didn’t represent a hugely notable return in the young attacker’s first half-season in France, but the subsequent two campaigns proved much more consistent. Malcom appeared in 72 of a possible 76 league fixtures across the two seasons, and his goalscoring improved: seven league goals in 2016/17, and a career-high 12 in what was his last season at Bordeaux.

The 21-year-old eventually completed a shock last-minute move to Spanish giants Barcelona in July, despite Italian side Roma seemingly convinced of his arrival until very late on in the piece. Instead, Malcom joined the Catalan giants for a fee of just over €40m, signing a significant five-year deal in the process. He has yet to represent the Brazilian senior side, despite winning the league with current head coach Tite, but he was a key member of the Under-20 squad that finished as runners-up to Serbia in the 2015 Under-20 World Cup.

Tactical analysis
When in possession, Malcom is a quick and tricky wide player. Predominantly utilised on the right side, the Brazilian is comfortable in possession and often looks to receive within tight areas. His fast flick combinations and mazy dribbles allow him to consistently escape overloads (above), although he can often lose possession when trying to pass his way out of trouble – his range and accuracy do not yet match the level of his dribbling.

During transitions into attack, Malcom possesses the necessary speed and skill to avoid recovering defenders. His small and controlled touches soon turn into full-blown surges forward, as he can cover the distance between the two penalty areas in no time. His defensive contributions in return are somewhat more sporadic and ineffective, however. He isn’t slow to track back and help out his full-back, but that doesn’t always graduate into him tracking runners into his own penalty area. He has been known to allow his man to drift freely into the penalty area (below) – particularly when his team is defending crosses from the opposite flank.

Going forward, the 21-year-old does offer both variety and flexibility. He can play from the left side as well as the right, usually in the form of a traditional winger who attacks the opposite full-back one on one. He can also drift into central positions from there, however, creating room into which his full-backs can advance. He isn’t particularly dangerous when shooting from distance, however, which perhaps explains why we don’t often see Malcom in the middle.

Role at new club
Competing with Lionel Messi and Ousmane Dembele for a coveted spot on the Barcelona right is no easy task, but Malcom’s flexibility will definitely help his quest for a starting place at the Camp Nou. The La Liga champions haven’t enjoyed an abundance of left-sided attackers since the departure of Neymar; Malcom’s ability to attack from that flank could prove a useful asset.

It is expected that head coach Ernesto Valverde will continue with his favoured 4-4-2 structure this season, at least to begin with. With the talisman Messi likely to move central in support of Luis Suarez, this could open up a wide role on either side for Malcom. In this formation, Sergio Busquets will take one of the central-midfield spaces, leaving Ivan Rakitic, Philipe Coutinho and new signings Arturo Vidal and Arthur to battle it out for the other. This congestion of star central players could see Coutinho in particular pushed to the left flank – which would leave only the right side free for Malcom.

Should Valverde move back to a traditional Barcelona 4-3-3, Messi (above) would revert to his favoured right side, leaving Malcom to compete for the left-sided attacking role. This particular structure naturally allows for more central midfield presence without disrupting the balance of the team.

Whichever way Valverde chooses, Malcom will have to prove his immediate worth. His biggest challenge for the new season will be simply to break into this star-studded Barca starting line-up.