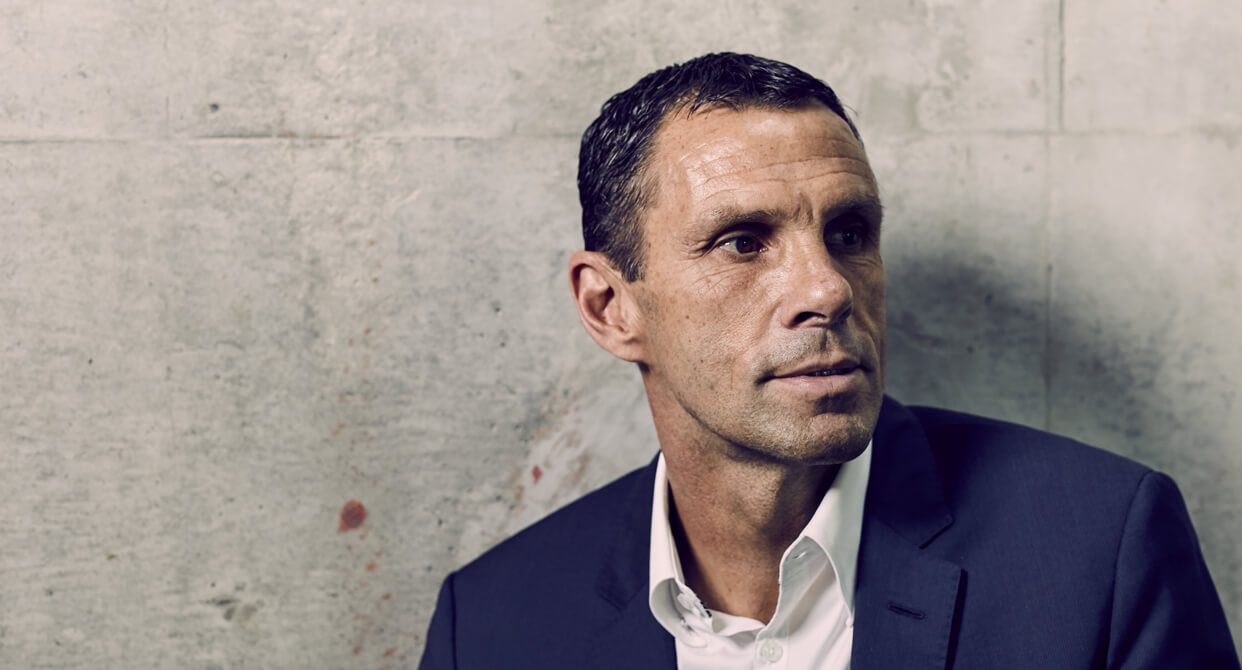 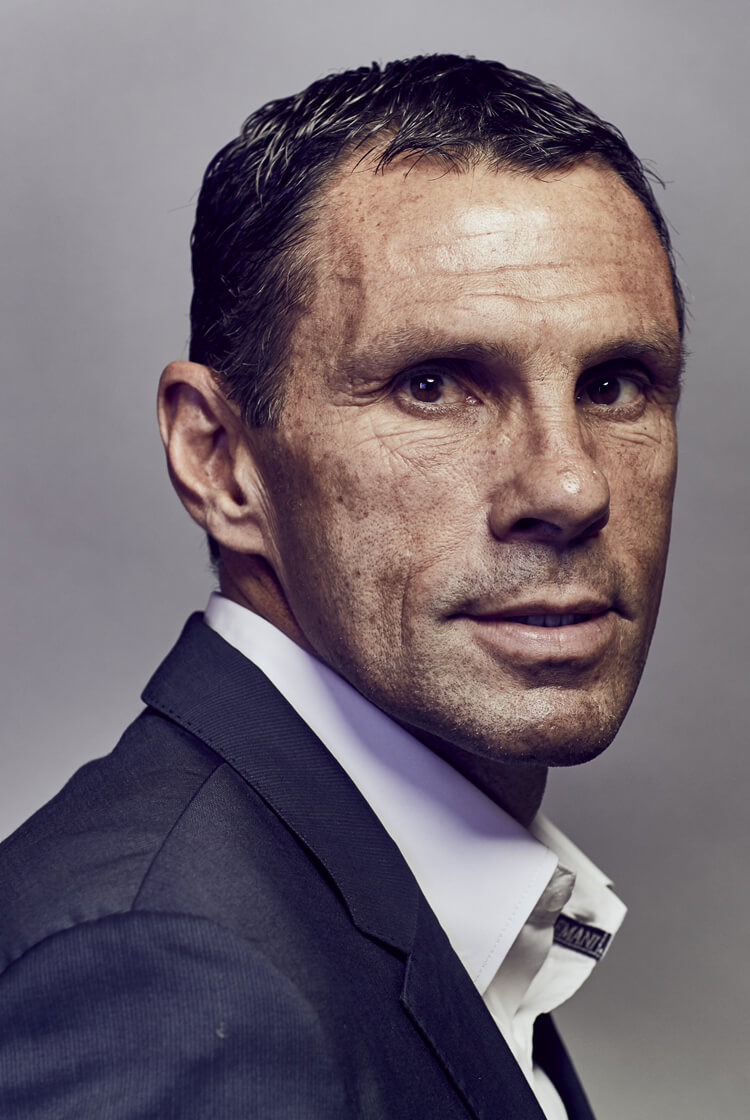 Life in Uruguay is slow.

But I am a restless soul.

When I finished my career as a player, I went back to Uruguay for just over a year. During that period, I went to a party at Chelsea to celebrate the club’s centenary. I met Dennis Wise, and he invited me to be his assistant at Swindon Town.

The possibility of coming back to England, and of becoming a manager from within a club, was appealing. I joined Dennis at Swindon, and then went with him to Leeds. Afterwards, I was with Juande Ramos at Tottenham.

I say this to all the players who are starting out now; apart from the coaching badges, there is no better way to prepare to be a head coach than to first be an assistant.

But it was only at the age of 30 that I really started thinking a bit like a coach.

Then, from one day to the next, he was the coach.

“Could that happen to me? Could I get the call one day?”

Then I started to really pay attention, to take notes. I hadn’t done so until then.

When Gianluca did something very good, I would write it down. When he did something I didn’t like at all, I also wrote it down. I tried to think about all the reasoning behind each training session.

I did the same with Glenn Hoddle at Tottenham and, whether you want to or not, you start defining yourself as a manager.

When the time eventually came for me to be a manager, I knew it would be very difficult to start off in the Premier League.

In 2009, the job at Brighton came up, which was an incredible opportunity. The team was fighting to avoid relegation from League One, and I went for it.

I found a group of players that wanted to learn. Little by little, we kept growing in an extraordinary way.

After my time as a Chelsea player (above), I had fallen in love with the 4-4-2 system. That system was very clear to me, and I knew how to coach it because it fitted my idea of the game. That’s the way we started at Brighton, and we had some great times – but, incredibly, something changed in a match away to Leeds.

We had lost 3-0 at home, and I decided to play in more of a 4-3-3 shape at Elland Road. Sometimes in a 4-3-3, the two outside forwards play more like midfielders, so you could call it a 4-5-1. But not in this case – they played as proper forwards, and the team played an amazing match.

That year, we staved off relegation and eventually finished in 13th place. The following season, we won the league, finishing ahead of teams that had tremendous financial capacity. Southampton, to name one.

The idea was to keep getting better, and getting better meant getting into the Premier League. In 2013, we got to the playoffs but lost to Crystal Palace in the semi final.

By then, a change had happened in the direction of the club. Decisions were made that, sometimes, you don’t understand. But that happens in football.

My relationship with the club ended.

There are lots of things that will unite me forever with Brighton, but especially the relationship we achieved with the players and, obviously, with the fans. They followed us all over England, which is difficult from the south coast. And they enjoyed the style of play we had, which was unique. That really stood out for Brighton, and I think that will stay with us forever – no matter what happened at the end.

“I was taken to Sunderland to avoid relegation and to beat Newcastle. We achieved both”

After that relationship ended, I started preparing for the big one. To get to the top level. The Premier League. Luckily, that happened with Sunderland.

The club was in the relegation zone and it was difficult to take off, but we had a great surge in January. Then, after we qualified for the League Cup final, we had a very bad period.

It’s incredible, isn’t it? The cup… I have no doubt that that whole six-week period, the quarter final against Chelsea and the semi final against Manchester United, helped us massively because it gave us confidence. It gave us momentum.

The final was going like a dream until half-time. We were ahead, but Manchester City were the opponents and they were tough. We lost 3-1, and it hit us hard. Boom. Total collapse. Our form crumbled.

Then, when everything seemed to be finished and we looked doomed to relegation, the miracle happened. We started to get the results, and we avoided relegation with one game to spare. It was one of the best things that has happened to me as a manager.

The next season, people got excited. They wanted a top-10 finish, but you just can’t change that quickly. There’s a process. The year I arrived, the club had signed 17 players. Large-scale replacement was needed and, well, unfortunately it just couldn’t be.

In the end, we were left wishing we could have made the team play a bit better than in reality we could.

“I was attracted to Betis by the fans, the city, the league… I sort of rushed in”

After leaving Sunderland, I left the country. When you’re in England, you don’t realise quite how much you immerse yourself in English football. You forget a bit about what’s happening in the rest of the world. I thought it was a good idea to get out there a bit, and try to see other things.

From that came the opportunity to go to AEK Athens, a club that is usually among the top four in the Greek league. I was there six or seven months; it was a very interesting experience and I am very grateful for it. It made me look at things other than football, and see another way to understand it.

When we went in there, winning the title was very difficult. We were behind Olympiakos, but we couldn’t let them win the league without losing a single match. Thankfully, we didn’t. We beat them in a very special match at the Olympic Stadium – the only time they were defeated in the league all season – and ultimately qualified for Europe.

I would definitely go back to Greece. It was a lovely memory.

Maybe the black spot in my career as a manager, but without blaming anyone else. I’ve said it several times – I was wrong. I didn’t acquaint myself properly with what was going on at the club. I was really attracted by the Betis fans, the city, the league… and I sort of rushed in.

I should have analysed the situation more. I should have considered the internal problems, and the difference between the expectations of the club and the reality.

Five days after leaving Betis, I got a call from China’s Shanghai Shenhua. The truth is that it was a massive change. After analysing it with all my staff, we decided to go on what would be a unique, very special adventure.

And it was. An extraordinary adventure. You have to live in China to know what I mean. It’s a totally different culture to ours, a different way of understanding both life and the game.

“If you find a good chairman, you have found a good club”

From China to Bordeaux – another different league, and a similar situation to that I had encountered at Athens. It was a very important time in my career as a manager. Going to a different country, and getting the team a long way – away from the threat of relegation before finishing the season in extraordinary style to qualify for the Europa League.

Once again, I demonstrated that I am valuable. But some things that happen in football today, so many of the things you have to deal with on a daily basis – especially on the economic side – are beyond reality.

At Bordeaux, this meant that we couldn’t take the club to where it deserved to be. Because, actually, it is a club that should be in the top six in French football, no problem.

My departure came after I said it was an embarrassment that a club could sell a player without me even knowing about it on the day of a Europa League match. He was in the starting XI for that match, but at 12.15pm on the day he didn’t come to the hotel. It was only then that I found out about him leaving.

All I asked for was professionalism and respect. I needed an explanation.

Sometimes, sadly, we as coaches operate in a world where those around us don’t like to be reminded of reality. They demand that you are honest – but, really, they don’t want you to be.

At most of the clubs I have coached, they have given me a target and I have delivered – but I have also kept a very special, close relationship with both the players and the fans.

Those relationships have been built on common sense and honesty.

If a club is looking for someone who is going to tell the fans half-truths so they buy a season ticket, I am not interested.

When you are a kid, when you are a player, you dream of playing for Real Madrid. Now, as a coach, it is not a club that I dream about; it is a chairman, a director of sport, someone who knows what I am like.

Someone who knows my family, my friends… who knows that what matters to me is to help my players, so that when they step on the pitch they are in the best possible condition to do their best to help the team win matches.

If you find a good chairman, you have found a good club.

And when I find that, that club becomes all to me. They have found their biggest fan.