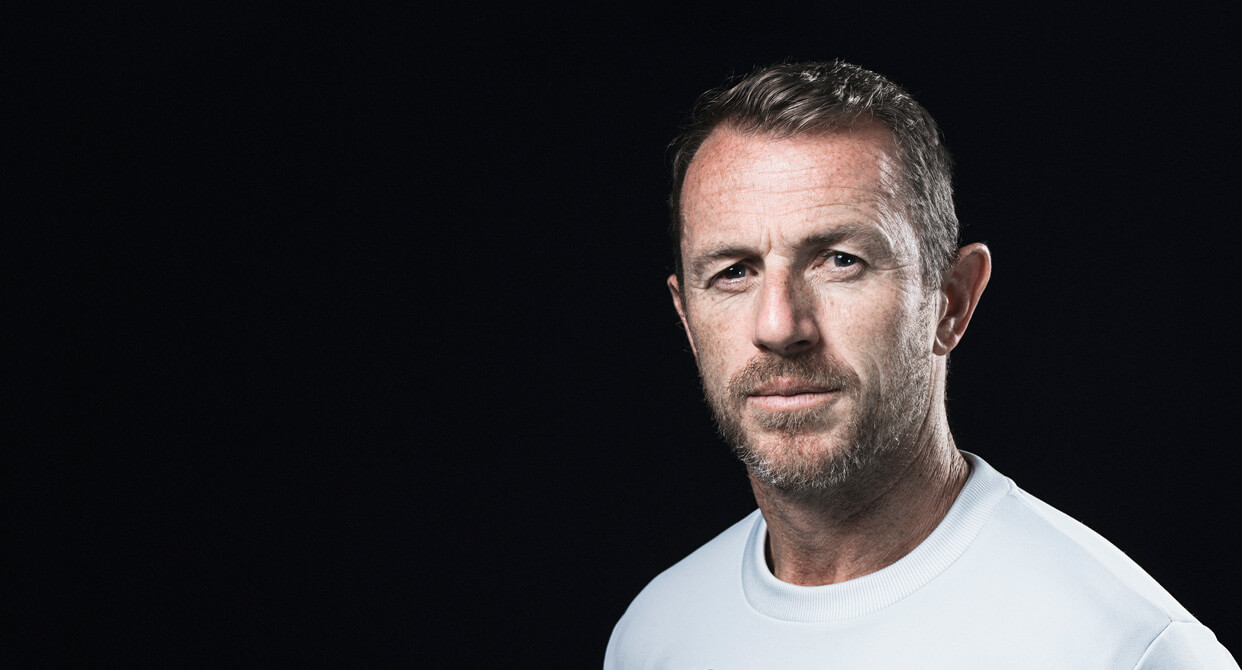 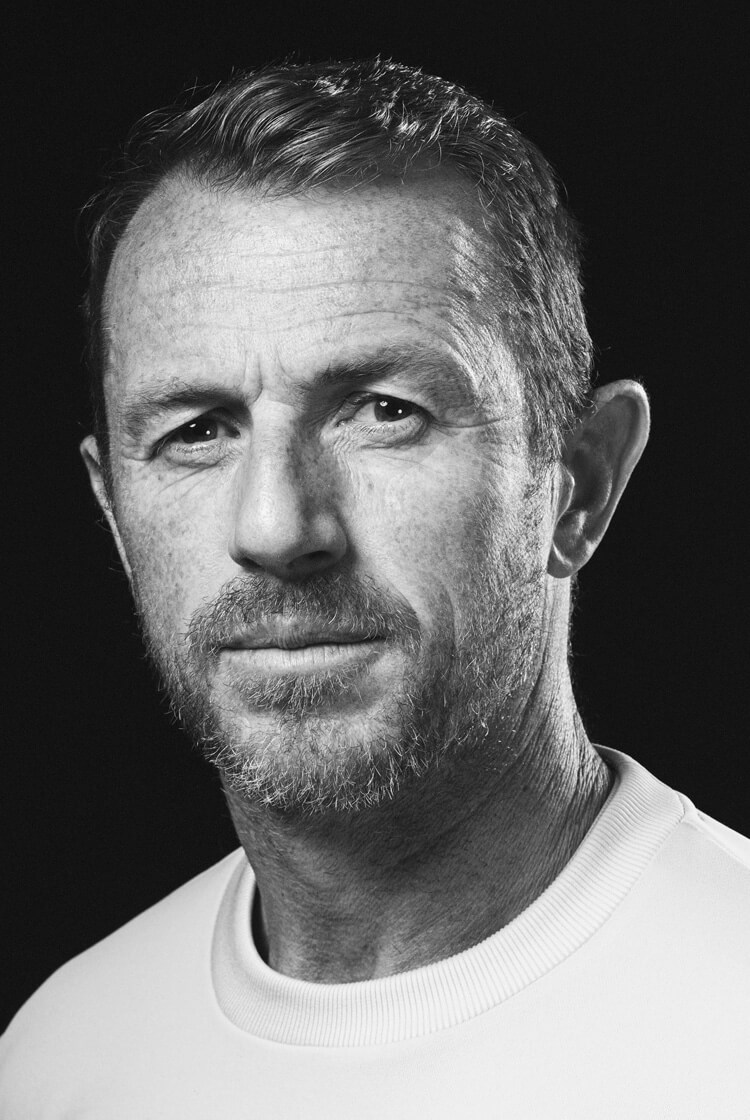 I had a choice to make.

We’d been on a difficult run. Fourteen games without a win, I think. You could feel it was going to be tough to break out of it.

The chairman pulled me in. Told me he was going to relieve the manager of his duties, and that he wanted to put me and Kevin Poole, the goalkeeper coach, in charge.

It’s a hard scenario. Do we walk out with the manager, or do we stay and try to do the best job we could – the job we were being paid to do?

I’d had about two and a half years as assistant to Paul Peschisolido (above) at Burton Albion.

We had a great time. Paul is a great guy, and we’d had some really good periods on the pitch. We’d got to about fourth or fifth in League Two – times when it felt that, you know, if we could just take that next step…

We spoke about that a lot. We were both putting on a bit of timber at the time, spending too much time in the office, working on how to win games. So we used to go out in the afternoon and have a little jog around the pitch, talk about how if we could just do that little bit more, if we could just win a couple more games…

People forget that Paul had kept Burton in the league in his first season. If the club had gone down that year, you probably wouldn’t have seen the build that has happened since. That stability might not have been allowed to happen.

He wanted to succeed so badly. You could see the pressure he put himself under as a coach, but even as his assistant I didn’t appreciate just how much pressure there is. How difficult it is to be the guy who is actually in charge. Once you’re a manager, that’s the one thing you learn quickly – to have real empathy with anyone going through a poor period.

“I read a lot about Arrigo Sacchi, Jose Mourinho, Pep Guardiola, but I didn’t just want to learn about tactics – it was about psychology, organisations, team dynamics”

We had a tough start after Paul left. Lost our first game, at home to Northampton. 1-0. Ninetieth minute. Next game, we went to Wimbledon and lost 4-0.

After that defeat, I spoke to the chairman. “You’ve got to do what’s right for the club. If you think someone else is better for the job, then that’s what you’ve got to do.”

We were fortunate that he kept patience, and at the end of the season he offered me the job. There are only 92 managers in the league, and they are not easy jobs to get. Even if you doubt yourself, you have to get up the next day and be positive – to have the resilience to keep moving forward.

I was 17 when I first asked about coaching. I was at Cambridge United, just before I got in the first team. Gary Johnson was the manager at the time, and I got to know him quite well.

“I’d love to come and take the school of excellence,” I said to him. “Just help out, one night a week.”

I remember doing five or six sessions, and enjoying it. It was an early indication that this was something I enjoyed.

But it wasn’t until I hit 27 or 28 that the interest was really rekindled. Injuries were starting to take their toll; even though I had two or three years where I really tried to fight it, I knew I wasn’t ever going to be the same.

By then, I had become a real learner, very open-minded about the game. Early in my career, I was professional but also cynical – bring in a sports psychologist and I’d think it was a load of rubbish. But now I wanted to learn about anything I thought could benefit me. I think it was at Leicester (below) where the lads nicknamed me Textbook… I took it as a compliment.

Over time, I remember reading a lot about Arrigo Sacchi, Jose Mourinho in the early days, Pep Guardiola. But I didn’t just want to learn about football tactics; it was about the psychology of the player, about how people learn, how organisations function, team dynamics. These things inspired me, made me really want to be a manager.

I made a conscious decision that I didn’t want to go into a job without learning from the bottom up. I’d seen a lot of ex-players take a job on the back of their name, without actually having taken the steps in coaching first. For me, that always looked very difficult.

So I set about trying to learn as much as I could – and that started with me walking into Derby’s academy and asking if they had any openings.

The Under-14s job was available. It was peanuts for three or four days a week, but it was about putting in the hours, trying things and making mistakes. It took over my entire life for 12 months.

I moved on to take the Under-18s on a full-time basis, and then went on to do a bit of work for the FA and the PFA, which involved tutoring some coaching courses.

I turned up to a local Derbyshire course for grassroots coaches. Thirty people in a room for a week, and I had to run all the seminars and coaching sessions. It wasn’t just about imparting knowledge, though; it was about understanding the people in front of me, learning about their strengths, finding out what some could do, and accepting what others couldn’t.

Developing that understanding, and building the confidence to speak in front of that many people, have both really helped me as a coach.

By the time I took over at Burton (above), I’d had six or seven years of coaching experience. I felt like I saw the game with a strong mentality, but I knew that the only way you can really see if your ideas work, if the environment you want to build is the right one, is if you’re the manager. The number one.

There were times early on, though, when I definitely remember thinking to myself: “I don’t think this is going to work very well.”

A month after taking over from Paul, we lost 7-1 at Bristol Rovers. It was an unbelievable game. I think, for their sixth goal, my centre-half and goalkeeper banged heads with each other, fell on the floor and left their centre-forward free to run through the middle and score in an empty net. It was like Billy Smart’s Circus.

The following season, my first in permanent charge, we had another 7-1 beating, this time at Port Vale.

Yeah, we had some testing moments.

That same season, we reached the League Two playoffs. We lost in the semi finals, to Bradford, and at the start of the next year I remember speaking to the chairman, Ben Robinson.

Ben had been chairman of the club between 1976 and 1986, before leaving and returning in the 1990s. It had always been his ambition to lead Burton to Wembley, he told me. The first season after he left, Burton reached the FA Trophy final.

He told me how disappointed he had been that we’d missed out on the playoff final the year before.

By the end of that season, we’d done it. We beat Southend in the semi finals, and would face Fleetwood in the final.

It feels strange, looking back. Having missed out the season before, the relief we felt at reaching the final felt like a kind of success in itself. Our ambition had been to get to Wembley. Really, that ambition should have been to win promotion.

Maybe that took the edge off at Wembley. But we had a few things against us that day, too. Our star striker, Billy Kee, was playing with a knee injury but didn’t say anything because he wanted to play so much. His wife had given birth the night before, and he’d only had about two hours’ sleep. Two or three others were playing with knocks too – that’s the kind of desire you get at that level.

As soon as the Fleetwood goal went in, I started the process of thinking about what I would do if we lost the game. I hoped that wasn’t going to be the case, of course, but it was. Rather than be disappointed, I knew that how I reacted then was going to be integral to how we started the next season.

I got the players together.

“Listen, it’s a final. There was nothing in it. We made one mistake, we lost the game, but we can’t see this as a massive failure. What we must do is learn from it. I’m staying out here, and I’m going to watch them pick up the trophy (below). I’m going to feel that little bit of pain, but I’m going to remember that and use it next season.”

The following season, we won eight of our first nine games, six from seven in the league. We’d made two or three good signings over the summer – the squad was probably as good as any in the division.

We’d had two years of building to get to that point where the group felt right. It’s easy to say it now, knowing what an amazing job Jimmy Floyd Hasselbaink did when he came in, but we definitely felt that the club could win promotion that season.

When they eventually did, I remember feeling a mixture of emotions. Once you’ve been part of Burton Albion, you know what an amazing club it is, and I was obviously really pleased for that group of players to have achieved as much as they did. Inevitably, though, you also think to yourself: “Was there something I didn’t do that stopped us going up before?”

That thought process is great from a learning perspective, but I think it’s human nature to always be thinking about what the next challenge might be. I’ve always done that. It’s why I took the Birmingham job.

I was manager at Burton for about two and a half years, then at Birmingham for two and a quarter. Both of those spells are probably longer than a normal lifespan for managers at a lot of clubs in the modern game. After that, I had just over a year at Derby and then eight months at Stoke.

Managing a football club is a difficult job, but I think you have to learn to live with the ups and downs of your career and not let it affect you. We’ve seen it plenty of times before, where managers have seemingly failed at one club but gone on to be extremely successful elsewhere.

Someone said to me a long time ago that, once upon a time, being sacked would have carried a real sense of stigma. It was embarrassing. Now, it’s part of the journey. Part of the process. You have to accept it as part of what might get you to where you need to go.

There aren’t many managers around who haven’t been sacked at some point. That’s part of the risk, part of what we love about football. Knowing that, the next game, you might need to go and get a result.

That’s the beauty of it. And, as a manager, that’s the choice you make.