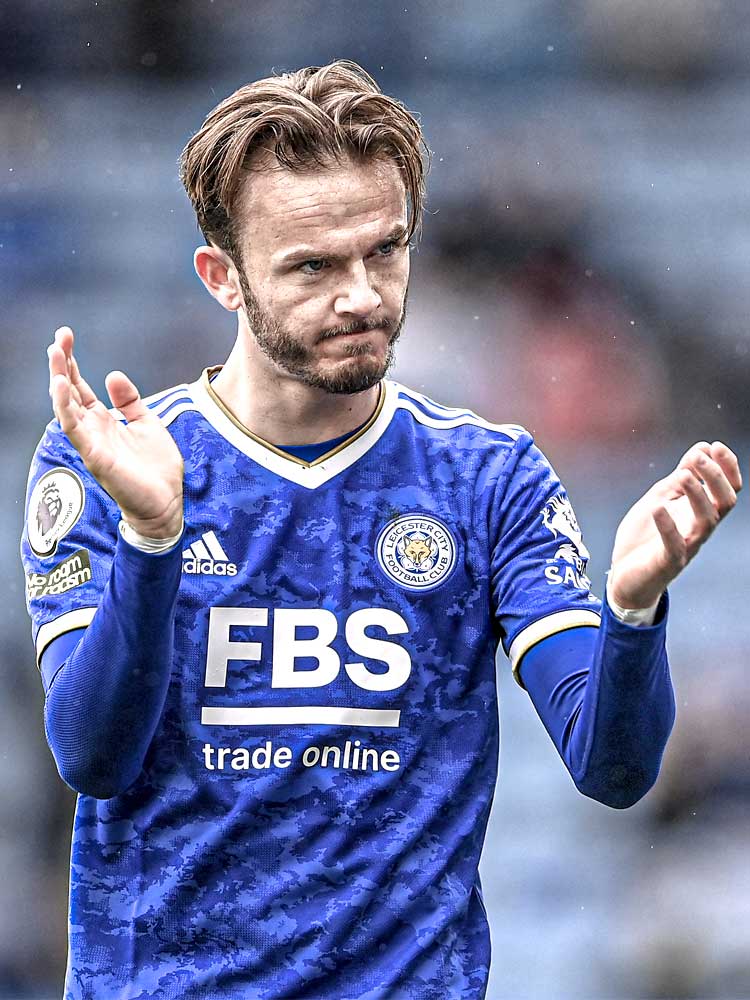 Profile
James Maddison is one of the new breed of young English midfielders to have broken through. Alongside Jack Grealish, Mason Mount and Phil Foden, Maddison is prominent in a group of talented attacking midfielders who are more comfortable between the lines than many of their predecessors in the national team.

He has been hugely influential for Leicester City since his transfer from Norwich City in the summer of 2018. Their manager, Brendan Rodgers, also believes there is more still to come. “James is a very important player for us,” Rodgers said. “He is that type of player that wants to get better. I’ve seen him develop and grow both in his personality and game. He’s definitely on the path to being one of the top players.”

Tactical analysis
Maddison started at Leicester on the left and spent much of his first season there, but since Harvey Barnes' emergence Rodgers has used Maddison on the left side of central midfield, as one of two attacking midfielders in front of Wilfred Ndidi. He has more freedom than Youri Tielemans – their other central midfielder – and at times appears to play like a number 10 in support of Jamie Vardy.

When he played from the left he showed an inclination to drift infield and influence play centrally. It was little surprise, then, that from 2019/20 Maddison established himself in central midfield, even if before then there was little to predict that he’d play such a complete role.

Maddison is, first and foremost, a player whose biggest strengths are in possession (above) and on the front foot. His vision and ability to split defences is a huge asset, particularly given the kind of direct attacks from which Leicester – and Vardy in particular – are extremely dangerous. He adopts effective positions between the lines and can deliver accurate passes that split opposing defences, for forward runners to chase (below). Leicester’s front three – usually Barnes, Vardy and Ayoze Pérez – set off at pace when they see Maddison on the ball, because he only needs a brief glance before executing a pass. His weight of pass is often just right, and he rarely wastes opportunities to send a forward into space.

Opponents find Maddison difficult to defend against because, while he tends to operate in front of their midfield, he is always looking to play a dangerous pass. Opponents can’t stand too far off him and allow him to whip a ball into the penalty area – where Vardy hangs on the shoulder of the last defender in the hope that Maddison can find him – or to play a through ball into a teammate’s path.

He also rotates with other players, making him difficult to track or mark, and if a defender moves close to him to block a potential cross or through-ball he plays into a teammate’s feet before bursting forwards, past his direct opponent, to offer an option for a return pass (below). He, similarly, isn’t deterred by low-block defences and tight spaces, and is adept at finding a way through a crowded space via quick combinations with teammates.

Opponents know that they can’t drop too far off of Maddison because he provides a threat on goal from distance, and can punish them. Over the course of the 2018/19 and 2019/20 Premier League seasons, he even scored more goals from outside of the penalty area than any other player.

Role at Leicester
Maddison is at his most effective as a box-to-box central midfielder in Rodgers’ 4-1-4-1 formation, but he has the freedom to get forwards and attack whenever possible, largely because, when necessary, he has the stamina, speed and inclination to recover into his team’s defensive shape. Rodgers places great importance on his team’s out-of-possession structure (below), and Maddison plays a key role in retaining it. Ndidi sits in front of and protects their defence, and Maddison and Tielemans ensure that the spaces between Ndidi and elsewhere in midfield are minimised, making central penetrations difficult for opponents to achieve.

Until the last four fixtures of 2019/20 – ones Maddison missed through injury – Rodgers’ side had the league's second-best defence behind champions Liverpool. They struggled without a key midfielder and eventually finished outside of the top four, but still conceded 13 fewer goals than fourth-placed Chelsea.

It is, of course, with the ball that Maddison is at his most dangerous. Leicester's full-backs advance particularly far and at some point most of Leicester's build-up play goes through at least one of them. They provide their width, and Maddison and Tielemans are afforded the freedom to move across to combine with those full-backs while mostly remaining in front of the opposition’s midfield. One of Maddison’s main responsibilities is playing line-breaking passes into their front three or one of their full-backs before making a run to support their attack and providing a route back out to recycle possession if their attackers require.

Maddison’s direct passing is also crucial to Leicester’s counter-attacking. They scored nine goals on the break in 2019/20 – only Liverpool scored more – when the pace of Vardy, Barnes and Pérez was crucial following long, purposeful balls forwards from Maddison and Tielemans. While Maddison played as a number 10 for much of his career in the lower leagues, he does not record high enough goal or assist numbers to be classed as one at Leicester. He is, in fact, far more than that, and has developed into a wonderfully-rounded, intelligent and hard-working central midfielder.