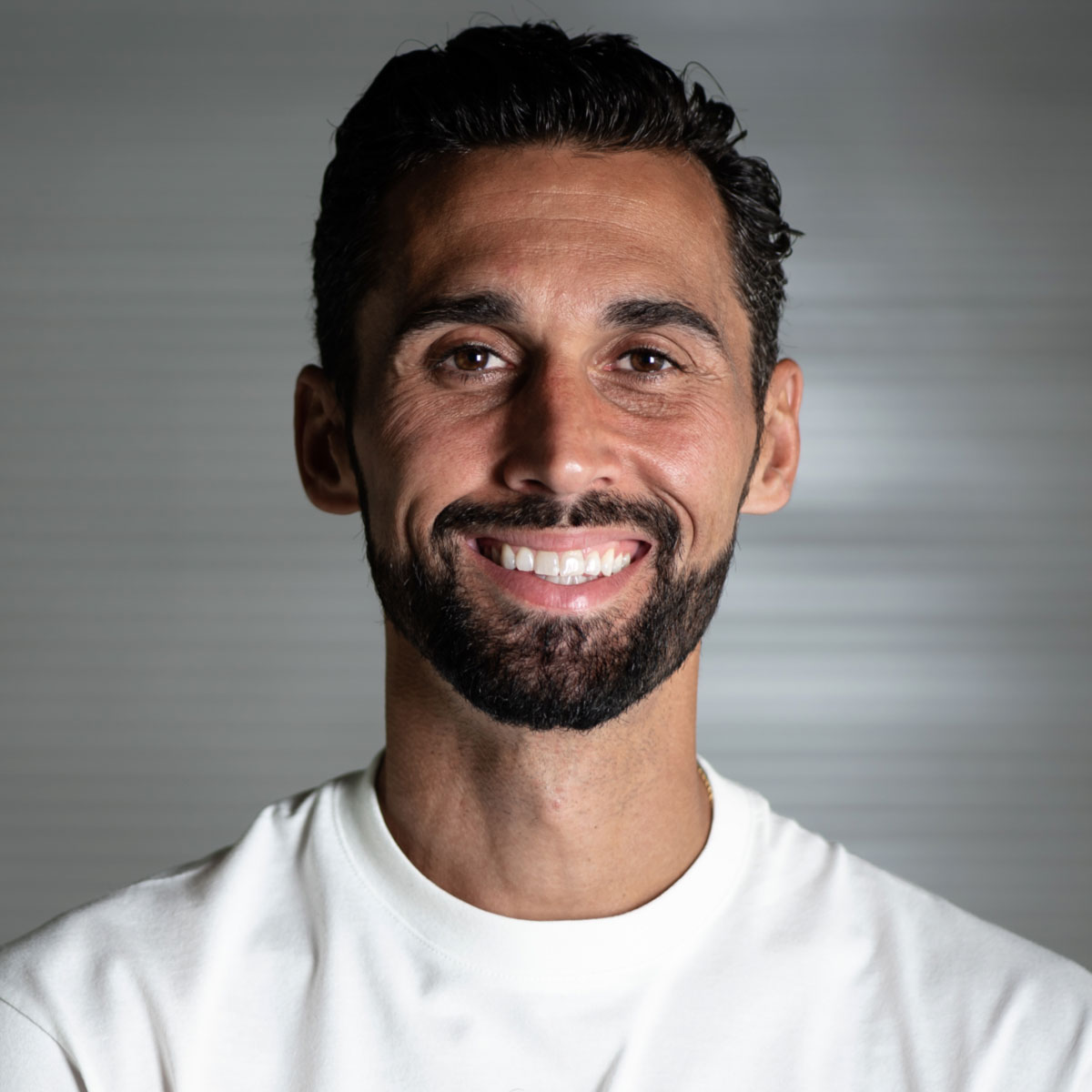 We don’t go out on the pitch simply to win. We go out to fulfil a dream: to play for Real Madrid.

I joined the Real Madrid academy in 2001, at the age of 18, to play in the Youth A team – the very team I’m now coaching. Having lived that has given me a lot of experience to take into this new chapter.

I can’t go back. Now, the only way I can live it again is through the players. And I hope that they will try to learn from the experiences that I can pass on to them, to overcome all the tests that lie ahead. Not only now, but in the future.

One of the toughest tests I had to face was playing in England.

I will never forget my first game as a Liverpool player. I had signed for the club in the final days of the January 2007 transfer window, from Deportivo La Coruña. That day, we were playing against Newcastle, in their stadium.

I looked around me and all I saw were huge players who weighed, at the very least, 10 kilos more than me. That’s when I realised the Premier League was going to be very, very different to anything that had gone before.

"off all those champions league nights at anfield, i remember most the thrilling duels we had against chelsea"

The first few minutes of the game only confirmed that first impression I had as we made our way out to the pitch. I had no choice: I had to adapt, or the Premier League was going to walk all over me.

The help I received from Rafa Benítez (below) was important to achieving this.

Rafa is a very methodical and meticulous coach. He is always on top of the players.

On a tactical level, he was also a very thorough coach. He had a very clear game plan, which he carried out every week. And he always adjusted it depending on the opposition – and, above all, their weaknesses. The working week at Melwood, Liverpool’s former training ground, was always focused on one main objective: the next match.

All of this made him very successful. Not just in his approach to the game, but how to approach it on a day-to-day basis. The way he transmitted it to the players, and how easy it was for us to understand what he wanted, was outstanding.

With Rafa, we knew what we had to do and how to put it into practice on match day.

Then, at Liverpool, you have the Anfield factor. There were great players and a great manager at the club, but Anfield made the difference. For me, especially, in European games.

"pellegrini is a coach who didn't like to have players on the outside. he wanted wide players to come inside"

Of all those nights in the Champions League, I’ll remember most the thrilling duels we had in those ties against Chelsea. That will always remain in my memory – for the atmosphere, the intensity, the emotion and, above all, the level of the two teams. England undoubtedly makes you a much better player.

I was very happy there and very happy at Liverpool, but in 2009 the opportunity came to go to Real Madrid. To return home.

That summer of 2009, Real Madrid made drastic changes to their squad. Cristiano Ronaldo arrived, and also Kaká, Karim Benzema, Xabi Alonso (who came with me from Liverpool), Raúl Albiol and Esteban Granero. All at the same time, and to a team that already had players like Sergio Ramos, Iker Casillas and Raúl.

On top of the great squad being built, that summer also saw the arrival of Manuel Pellegrini as head coach.

I really enjoyed working with him on a day-to-day basis. Manuel is a coach who didn’t like to have players on the outside at all. He wanted wide players to come inside, to leave space on the outside.

Unfortunately, it was a year in which we didn’t win any titles, even though we got 96 points in the league. That’s a lot of points, although not enough to beat Barcelona, who finished on 99. Beyond that, though, I enjoyed my time with Manuel a lot. He is one of the best coaches I have ever had, and I learned a lot from him.

"now, from my perspective as a coach, i think the main objective is that your team has lots and lots of chances"

Also from José Mourinho. José has a lot of good qualities, but if I had to highlight one above the rest I would choose his way of conducting the group. How he leads the team.

I connected with him very early on, because of everything he transmitted to me. The fact of giving your best every day, and doing it by setting an example. With José, you only played if you worked 100 per cent in training, no matter what the name of the player.These were values and ideals that I really agreed with.

Of course, José is also tactically very well prepared. All the training was focused on his model of play. I loved its verticality.

He wanted to look for the opposition’s goal. And the more chances we had in a game, the better. That, while still being a very tight team. Very compact, and one that conceded few goals.

Now, from my perspective as a coach, I think the main objective of a manager is that: that your team has lots and lots of chances. That is, to maximise your chances in a game, and minimise the opposition’s opportunities. If my team has a lot and the opponent has few chances, the coach is doing a good job.

That’s how it was with José’s Real Madrid. And I think that was seen in a very significant way in the games against Pep Guardiola’s Barcelona. A lot has been said about those duels because of all the noise that was generated around them, but on a tactical level we showed we could adapt fantastically against a great team like that Barcelona.

You can see the difference from our first game against Barcelona with José as manager – when they beat us 5-0 – to turning the situation around and competing against them, even beating them, in the matches that followed.

In 2011/12, we won the league with 100 points. We also managed to beat them in the Copa del Rey. We went little by little, adjusting pieces, movements and structures to adapt to a very peculiar team that was very well coached and had great players. And a Barcelona team where, in the end, everything was accelerated when Lionel Messi got the ball.

This work continued under Carlo Ancelotti. Carlo has always been noted for his guiding hand and his ability to lead the group. However, and I think unfairly, that ignores his great tactical profile.

As a good Italian, Carlo has a great command of defensive organisation. This is something that served me well as a player, and now serves me well as a coach. I learned this from him.

Then, in the offensive phase, Carlo is capable of building attacking patterns – but he is a coach who likes to give more freedom to his players in this area.

And he does this with great quality: he identifies perfectly which talented players need more of that freedom to get the most out of their potential.

My main priority now as the Real Youth A coach is the same as it has been for all of the coaches I had in my career: to develop players so that they can reach their full potential.

There is a phrase that I always repeat to them before every game: “You have to play at full throttle from minute 1 to minute 90.”

I don’t care if we are winning by one goal, two or three. Drawing or losing. They have to be demanding of themselves every single second.

Only then will they have a chance to complete the journey: to reach pitch number one at Ciudad Real Madrid.

The place where the first team trains.