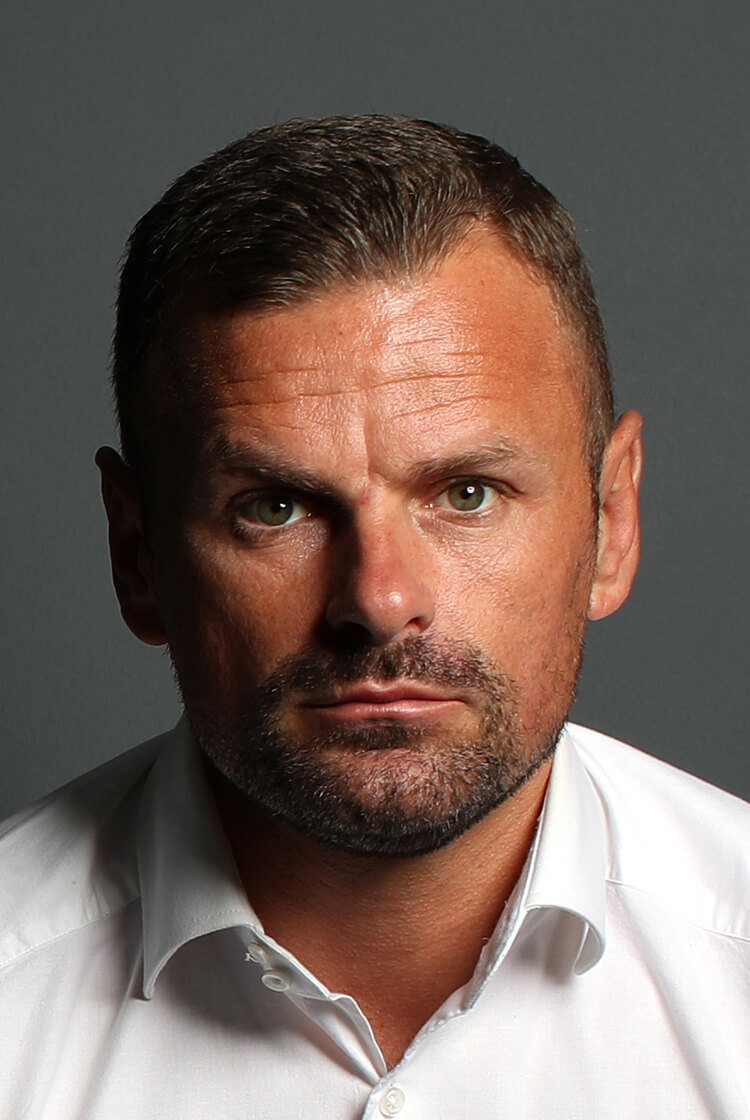 On the final day of the season, we knew what we had to do: beat Northampton, and we’d stay up.

Before kick-off, I tried not so say too much to the players.

If you’re constantly on them, they can overthink things and get nervous. In the days before, you’re clear about what you want from them so that, on the Saturday, they get in the zone and win the game.

At least, that’s the idea.

For the first 40 minutes, things were looking good.

We were a goal ahead and I was already thinking about the half-time team talk. But before we made it to the dressing room, everything changed.

Two goalkeeping errors in the space of five minutes meant I had to rip up the team talk and start again.

I had to pick the players up. Especially the ones who had made mistakes.

After 10 minutes of the second half, we scored the equaliser: 2-2. After that, you’re just hoping that someone can take one of the chances we’re making. Produce a bit of magic to get us the winner.

But then the Northampton fans started cheering, and we knew exactly what that meant: our relegation rivals, Rochdale, had taken the lead against Charlton.

In the end, we got relegated by one point, and my first season – actually, my first eight months – as a manager had ended in the worst possible way.

Relegation. And, a few weeks later, the sack.

"You can be the most confident footballer in the world, but when you start coaching players, they can find you out"

It wasn’t what I had planned. But that’s pretty much in keeping with my time as a coach so far.

When I finished playing I thought I’d work as a first-team coach for three or four years, then perhaps move somewhere else as an assistant. After that, I thought, I’d be ready for management.

I’d already started coaching local teams towards the end of my time as a player, when I was part-time at Macclesfield and Salford.

Those experiences were about practising. Making mistakes in front of people who aren’t going to expose them. Getting used to hearing the sound of your own voice.

You can be the most confident footballer in the world, but when you start coaching players, they can find you out a little bit. I thought it was important to coach at a level where my initial nervousness wouldn’t be exposed.

By the time John Sheridan offered me a spot at Oldham as a first-team coach, I had eight months of coaching experience under my belt.

The job was unpaid, but John is someone I’ve got a lot of respect for. I’d played for the club and played for him. I thought it was a great opportunity to watch him work and experience working with first-team players.

John is very hands-on in his coaching, so it was nice for me to sit back and watch the bigger picture. There were times when I might have had a different view on what we should have done, but once he made his decision I was always 100 per cent behind him.

"The aim was to avoid relegation. To get to 50 points, because that’s usually enough to keep you up"

I watched John and his assistant Tommy Wright closely. It was a period that had a massive impact on me. I’m not one for taking pages and pages of notes, but I was always watching, getting a feel for it: what did John do at certain times, when the players were feeling like this? What did he do the next time, when they were feeling differently?

After two months, my apprenticeship was over. John left Oldham and I was thrown into a situation with the club at the bottom of League One.

I had two options: sink or swim.

The day after I was made caretaker manager, we had a game against Peterborough, who were second in the league at the time.

I had one day to prepare, so there was no time for nerves. I was straight in.

I made a couple of little changes in terms of team selection and we ended up with a win – our first home victory of the season.

After that, we were away to Portsmouth in front of 20,000, followed by Blackburn at home – two more wins made it three in a row.

All of a sudden, you start to think, this is for me.

Then you get offered the job and you have to take it, because opportunities to manage are few and far between.

I was quite realistic about the job. The aim was to avoid relegation. To get to 50 points, because that’s usually enough to keep you up.

I wanted us to play football too, though. To be quite expansive. If the players made mistakes trying to play that way... well, then it was on me. I tried to put the pressure on myself.

"I made mistakes, but I wanted to learn from them and become a better manager as a result"

At the beginning, it was working. We were playing well and winning games. I started to think that maybe we could focus on what was above us, instead of worrying about what was below us all the time.

By the end of the year, things had changed.

On the pitch, we had injuries to key players, our loan players went back to their parent clubs, and the pitch itself began to deteriorate.

Off it, the club had a new owner. We had transfer embargoes and issues with wages. A lot of things came to me at once.

At the end of the season, I held my hands up. I’d made mistakes. The owner of the club said he had, too.

I’m confident in my ability, I always have been. And the players believed in what I was doing. We didn’t have a group of players capable of winning the league, but the majority of them gave me everything they had from the moment I took over.

And, after the season was over, I think the biggest compliment I had was when they came in and said they wanted me to stay.

I was hoping to do that. I believed that everything I’d gone through in those eight months would stand me in good stead for the future, because as a learning curve it was as steep as they come.

You can go on all the A-Licence courses, do all your coaching badges, but they don’t prepare you for certain circumstances that are thrown at you. You don’t expect to go through certain things I had to go through.

In the main, I think I dealt with them as well as I could have. As I said, I made mistakes – but I wanted to learn from them and become a better manager as a result. I wanted to use those experiences to help take the club back up.

We had a setback in getting relegated, but I was preparing for a major comeback.

In the end, I didn’t get that opportunity. This wasn’t what I had planned, but it’s time to rip up the team talk and start again.

It’s nothing I haven’t done before.