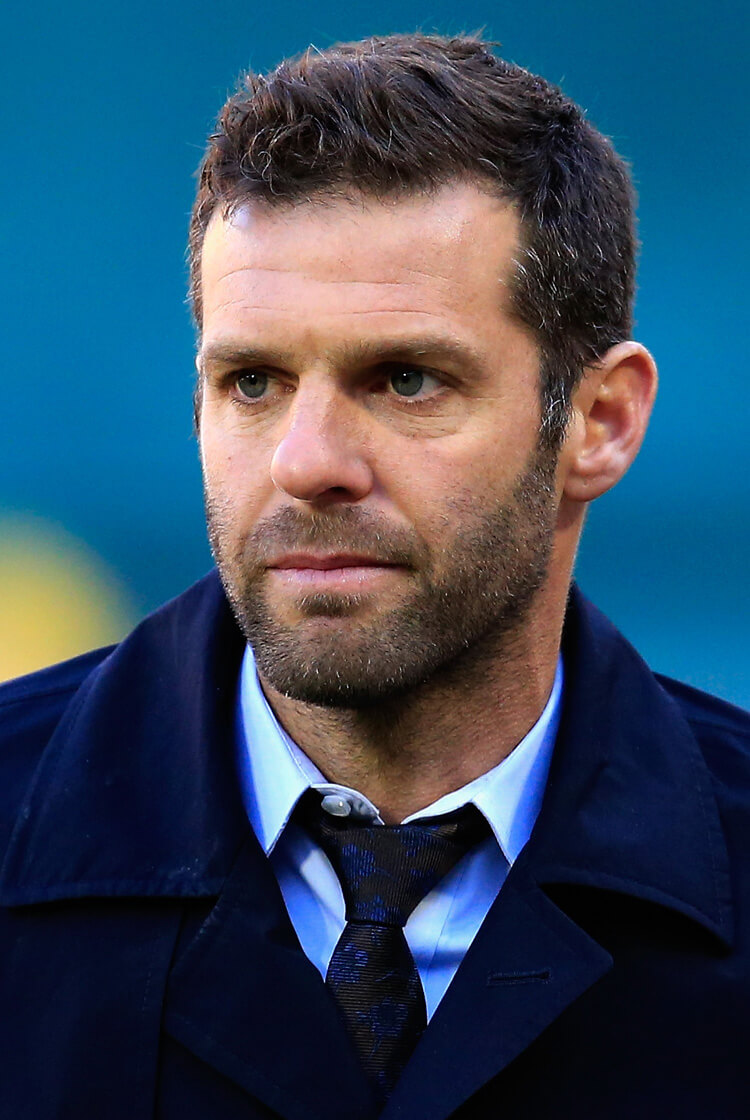 The keys to the team

Soccer in the English Championship was chaotic.

It was like going to battle, every game, every moment. And I enjoyed every second of it.

The intensity of the fans and media, along with the physicality of the game, were elevated in comparison to the MLS standard at the time.

I was fortunate enough to get a taste of European soccer at Nottingham Forest 18 years ago. I broke my ankle there, and it derailed my career in some ways.

But I don’t regret it for a second.

My experiences in England were just one reason why I never questioned Wayne Rooney’s ability to play in this league. I’m surprised at how many doubters there were about him.

But what I’m most impressed with is how his arrival has really elevated the whole group. His influence on the dressing room, and his ability to constantly make the right play, has pushed the team forward.

He’s given our team a bit of swagger.

Changing players, and staff, is all part of keeping things fresh. When you’ve been at a club as long as I have – 20 years, including my time as a player – you have to change things up.

You also have to keep the balance right. My first assistant has been by my side since the beginning, so it’s equally important to have people around you who you can trust – and who aren’t afraid to speak their mind.

Late on in my playing career, I started to get looked at as a leader on the field. But coaching? No chance.

I was never the guy to talk tactics with the coach or the team. The game was simple to me: run, fight, pass and move. I loved playing, knew what it took to win games and understood my role in that. That’s where it stopped.

I saw the grind my coaches put in. The toll that every season took on them. I didn’t think it was any way to live.

"Suddenly, it was all on me: who I was playing, how I was coaching – ownership, staff and players were all looking at me"

But D.C. United had other ideas. When my career came to an end, they offered me an assistant coaching role.

It was a good opportunity for me to take a look at coaching, pick up a pay cheque and stay close to the game.

When people say coaching is the next best thing to playing, I don’t buy it. Okay, you’re still a part of the group – still close to the locker room, and the bonding moments that come with being part of a team. But the two professions aren’t comparable to me.

For four months, I was in between the two: the connecting piece between the coach and the team.

I was asked to become the interim head coach. The club was set on moving on from the previous manager and wanted me to take the role in the short term.

I’d planned to spend a couple of years finding out who I was as a leader. Deciding whether or not I even wanted to pursue the coaching field as a profession.

Now I was being handed the keys to the team.

Suddenly, it was all on me: who I was playing, how I was coaching – ownership, staff and players were all looking at me.

I didn’t even know what I wanted out of them.

As each day passed, I felt more comfortable in the role. A few months in, I convinced myself I could figure it out. It wasn’t the greatest pathway, or one I would recommend, but the opportunity was too great to pass up.

"It was a very painful year. The losses piled up and doubt crept in"

Towards the end of the season, I tried to knock down the management’s door a few times and ask for the job. Eventually, it worked. By the start of the next season, I was the head coach.

For the first couple of years, I didn’t have a real set style or vision for my team. I was just surviving. Putting together gritty teams with personalities that could punch above their weight.

That same season, we also won the Open Cup – our FA Cup equivalent.

It was a strange year. In some ways it was my most successful one, as we won a trophy and had that one night of glory. But it was a very painful year.

The losses piled up and doubt crept in.

A year like that shows you very clearly what your strengths and weaknesses are as a coach and as a person. I look back now and see that season as a huge period of self-growth.

Surrounding myself with staff who made up for my deficiencies allowed me to focus on being a better leader. I give my staff freedom and a lot of responsibility, so they feel invested in what we are doing.

"For me, one of the greatest parts of being a manager is the bond you develop with your players"

Now, players want answers. They want that knowledge. They understand it.

Tactically, they want to know who we are and how we’re going to get there. Being clear in how you communicate what you want from the group is a great way to get buy-in from the players and staff.

But this job is about relationships, as well. For me, one of the greatest parts of being a manager is the bond you develop with your players.

As I’ve got older, the danger is distancing myself too much from the players. Sometimes you can forget they’re human beings, and look at them only as pieces in the puzzle.

I’m constantly reminding myself to put my head back in that locker room. To think about what it’s like being in their shoes.

This season is an emotional rollercoaster. Empathy is important. But competing is vital.

You have to make sure players understand that everything you do is aimed at helping the club to succeed – that nothing is personal. Make sure they know that we’re a family and in it together.

And, when in doubt, be honest.

In a lot of ways, I believe that my ability to build relationships is why I’m still standing. That, and a bit of equity built up from my days as a D.C. United player.

"I want to help this proud club return to where it needs to be, and that's lifting trophies"

I’ve had two bottom-of-the-table finishes in my nine-year tenure. Fortunately, there were good times in between, but not a lot of professional coaches get second and third chances after those kinds of blips.

I’m a romantic for the club. For 20 years, it has meant everything to me. But there is a danger in that: how do you make sure you don’t become part of the furniture?

You have to grow, while living with the fear that the game will outgrow you. Because the game is constantly moving forward. You need to keep up.

I don’t know if my time at D.C. United will end after this year, and I don’t know if I’ll be here for three or four more seasons. Either of those are very likely scenarios.

What I do know is that, while I’m here, I want to help this proud club return to where it needs to be. Lifting trophies.

A new stadium, with new infrastructure on the horizon and a marquee signing, have raised expectations for the club.

It’s time to embrace those expectations, and believe that D.C. United can return to the glory that defined us in the past.

We’re ready for that battle.