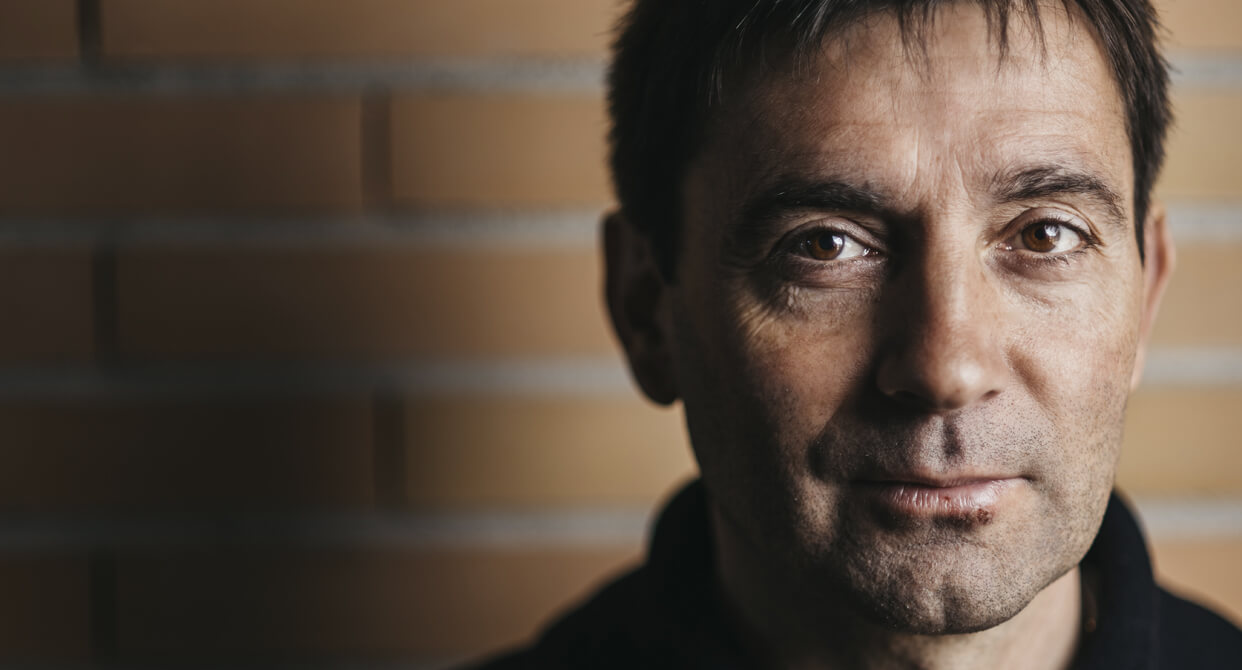 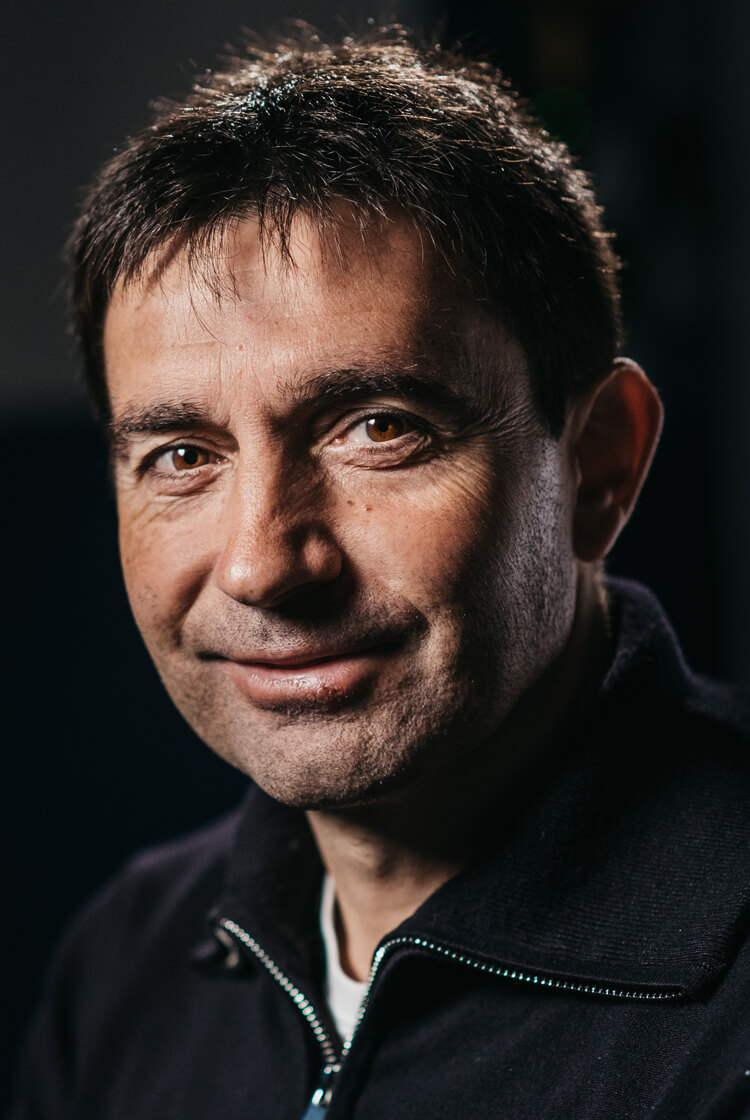 My wife was the one telling me to keep calm.

“Something will come up,” she used to say. “And, when it does, you are going to be ready.”

She was right, but it can be tough. I had started playing football at Lezama, when I was 10 years old, and I played until I was 33. When you are used to doing something all your life and then you stop, everything becomes more difficult.

I had been a footballer, and then a coach at Alicante and Castellon. Now, though, I was unemployed.

Like everybody else, I had to go to the INEM – the Spanish national employment institute – to sign on for unemployment benefit.

I had to be prepared for when I got a chance. Above all, I couldn’t lose faith. It’s not easy to find work in the higher levels, but you mustn’t despair.

That first year, I didn’t get anything. You see the months going by without anything coming up. Managers are fired, but you don’t get picked. They were difficult times.

I was living in Alicante at the time, and it was then that I got asked if I could manage the Spanish Footballers’ Association (AFE) team, made up of players without a club.

It was a new experience for me. It was the first time I’d been in front of 20 players in a dressing room, but I was able to train them in morning and afternoon sessions over the 10 days that the camp lasted. We also got to play five matches against other international teams.

It was a time that really showed me the other side of football.

In football, you always think that you’ll be working. That you’ll always be playing. But then you would see these players who, at that time, weren’t being given the chance. As a manager, nor was I.

“We were in Benidorm. Were the players going to go out partying? I didn’t have to say anything. They asked to work harder”

We were all starting out with the same goals. I remember that we had an initial chat to work out what those goals were. We knew that a lot of people would come to watch them in these friendlies. This would be a chance for them to find work.

But I had my doubts.

First of all, we were in Benidorm. Were the players going to go out partying? How would I run the schedule? The meal times, the training sessions?

But I didn’t have to say anything to them. They asked to work harder. It was amazing.

They were all very supportive of one another, too. There were no egos at play, and they all competed very well. I think they all found work. I’m convinced it was a very good experience and, to this day, after a long time, some of them still call me. I am very happy to have had that experience.

After managing the players from the AFE, I moved to Orihuela in the Spanish third tier.

It hadn’t been easy to find work, and I will always express my gratitude to the chairman for that opportunity. I was also very lucky to start with a team from scratch – a team that I had been able to set up from the pre-season. That was very important for me at that time, and it was an incredible season.

From there, I went on to spend a season with Alcoyano at the same level. Then, one day about five years ago, I received a call: “Asier, Leganes are going to call you.”

“I appreciate that I have been able to work among the elite, where there are only 20 managers. That is incredible”

I agreed to meet Victoria Pavon, the Leganes chairman, in the Plaza Mayor, in the centre of Madrid. We had a coffee. I remember it as clearly as if it had just happened. It was the first time in football that I’d met with a female chairman, and that was something new for me. She came with her two children.

Victoria told me what had happened at Leganes – that the previous manager, Pablo Alfaro, had left for Huesca with a lot of the players. I talked about my ideas, and the work I had done before. Then I had to wait for an answer.

A few hours after that interview, I had another one with a different team. But the next day I got the call saying that, if I wanted the job at Leganes, it was mine. I must have convinced them.

Seven years. I have only been in this profession for a short time.

But something I do each day is appreciate that I’m in work. And, on top of that, that I have been able to work among the elite, in the top division, where there are only 20 managers. It is incredible.

I have tried to pass that on to the players, too. I remind them that they shouldn’t forget to do things well every single day. If not, they could be left out of all this.

“I took notes and recorded matches, and would watch them again and again. I still have all the recordings at my parents’ house”

I started to live for football with my father. At the Atotxa, where we would go to watch Real Sociedad and in particular Gaztelu – a legendary player for the club, but also my father’s friend.

I remember my dad would have only one ticket. He would buy a cigar to give to the person on the gate at the stadium to let me in. We would both then share the same seat.

When I was 10 years old, I got into the Athletic Bilbao youth academy in Lezama. I was always incredibly lucky to have my father by my side. He has always supported me. We were living in Vergara and we had to travel 60 kilometres to Lezama. It wasn’t easy.

He did that journey for years, from when I was very young until I got my driving licence at 18, taking me three or four times a week. I’ll forever be grateful to him for those journeys.

As a player, I understood the game well. I could play as an attacking midfielder, up front or on the left flank. I knew what I had to do in each position, and I was quite good technically. But I think I lacked the right mentality – I needed something more to get into the top division.

What I have always had, though, is an interest in being a manager. In a squad, you realise that not all the other players have that same inquisitiveness. When you’re a footballer, everything is set out and given to you: a schedule, when to eat, when to play, the tasks you have to do.

But I had a need to know why we were doing all those things.

I took notes and recorded matches – and I would watch them again to analyse things. I still have all the recordings at my parents’ home. That’s what football has brought me. I’m happy to carry on making a living from something that I like.

Every one of the managers I have had has left a mark on me. From Jesus Garay, who I was lucky to have as my first manager in Lezama when I was 10, to every one since. I have learned from all of them. I’ve had the great fortune to have very good managers.

“Mourinho can seem imposing, but when you meet him he is friendly and well-mannered”

Since I have been a manager, I have always said that Real Madrid has followed me in the Copa del Rey.

When I was at Alicante, we played them in a qualifier. Then, when I went to Alcoyano, we also had to play them in the cup. And the same with Leganes last season (below).

During my time with Orihuela, I met Jose Mourinho when he was at Real Madrid.

He treated me very well. We talked, and I was surprised by how much he knew about my career. He spoke very highly of my work. From a distance, he can seem a bit imposing, but the truth is that when you meet him face to face, he is friendly and very well-mannered.

Football takes up all my time, 24 hours a day.

I might be doing something else, but I am thinking of football.

I am surprised that there are managers who are able to do other things. They must be very good. But me? I’m like that student who needs to study hard to be able to pass.

I am aware that this is a profession in which you are measured by your results. It might be that managers who have played in the top division find it easier – but once you’re here, we are all judged on our results. It doesn’t matter how good you were as a player. If you don’t win matches, you won’t make it at this level.

I don’t know where football will take me in the future. I don’t close any doors, but what I do know is that adapting to situations makes you better.

And that’s what keeps you in work.