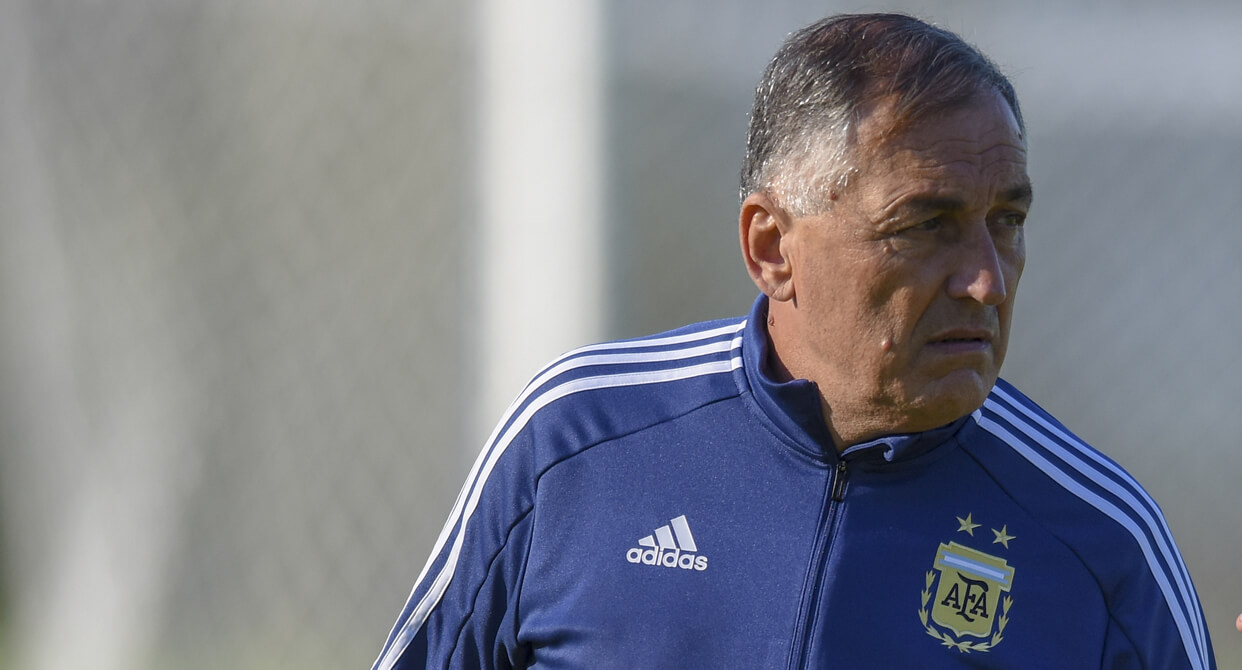 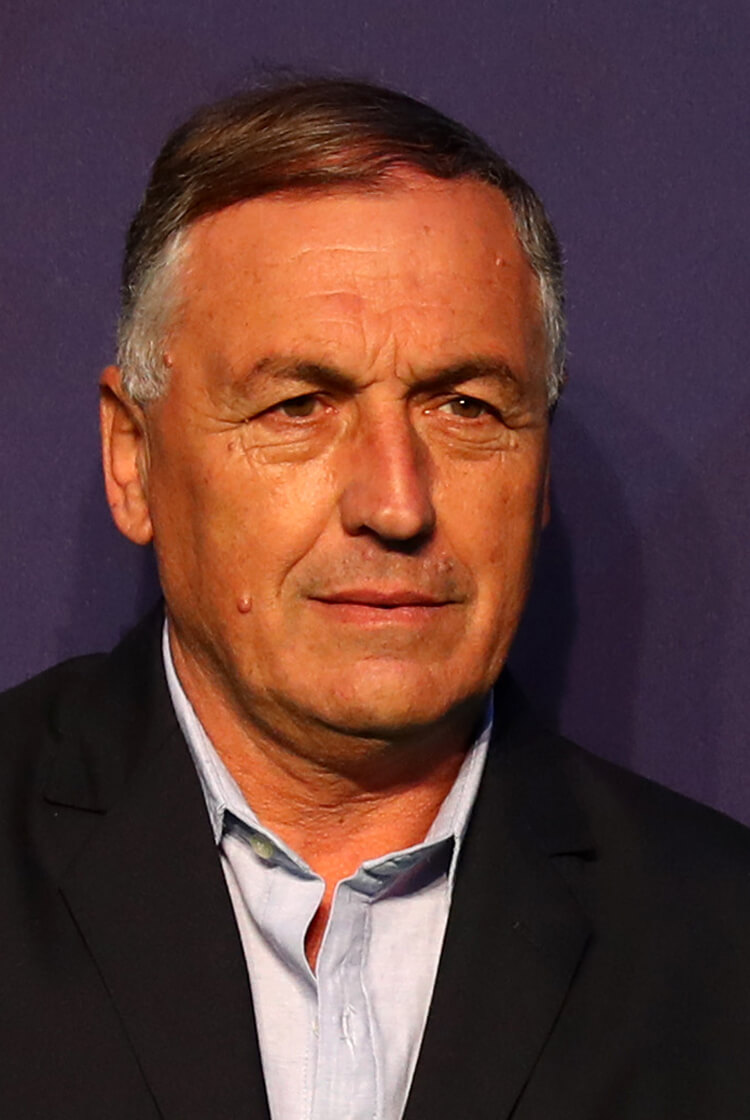 1996: that was the year I had my first taste of women’s football.

It was a cold morning, and my old man and I were at a petrol station my family owned in the city of Adrogué. A few days earlier, a local club, San Martín de Burzaco, had decided to set up a women’s team. That morning my father told me: “I’ve got things to do and I can’t go train the girls. Why don’t you do it and give them a few pointers?”

I’d only recently finished my coaching course, and I kept myself busy training children’s and corporate sides. “Well, whatever, I’ll do it,” I replied, but not with a great deal of confidence. I didn’t have any bias, but I wasn’t sure about what I was letting myself in for. It was something new for me.

When I got there, I found a side with girls of all ages. Some 16-year-olds alongside some 36-year-olds. After a few drills, I realised the session needed to be similar to one you would do for kids. We had to work on the basics: controlling the ball, passing, not to mention aerial play.

And that’s exactly what ended up drawing me in.

We have to figure this out right from the beginning, I thought. And, from that point on, I haven’t stopped: my objective has always been to help them be better footballers.

I can’t really tell if, over the years, I’ve behaved more like a teacher at all – but I’m positive that I’ve learned to listen off the pitch. It took me a while, but learning to listen to my players has had a big impact in my life.

There have have been countless times when I’ve noticed something strange about a player, when I’ve felt like she was going through something. And those private chats helped me to figure out what was happening to the girls once they left the training session. What their relationship with their parents was like, or the disagreements they’d had because of the choice they had made with sport.

I also had to deal with those who were victims of violence in their very own homes. Once, this girl skipped training two sessions in a row. So I called her. She said: “Carlos, I’ve had a bit of trouble and I couldn’t come.” When she came back later, she still had a black eye. Her partner had beaten her up, and she was just ashamed to be seen like that.

In order to be able to coach, it’s vital to sit down and listen to your players. Get to know them, and always be patient.

"I said to them: 'Let’s look after these girls with a salary – these players can achieve a lot.' But they didn’t listen"

I first started coaching the Argentinian national team in 2003. If you weren’t there at the time, you can’t possibly imagine how different those girls were, compared to the ones who are part of the side now.

We lacked so many things then, not only football-related. Most were social issues. One player once missed a training session, and when I asked her why, she said: “I had to help my dad plaster a butt joint.”

Her dad was a bricklayer, and she needed to work to make a living. Others came to train without having eaten all day. They’d rush to get there looking pale, and I would have to hold the session up so they could have a sandwich at the club bar.

That same year – 2003 – we had a player called Marisol Medina, from Independiente. She was a superb player, with exceptional skills. She had to help her parents run an off-licence they had built at home.

When one of her parents had health issues, she didn’t come any more. When I called her the following year to start working with the national side again, she said to me: “Look, Carlos, I can’t because I have to run the shop.”

Her football career was over at 20.

It was the same with the 2006/07 squad – the team that won us the Copa América. It was an extraordinary team. I remember a meeting with the federation’s top brass when I said to them: “Let’s look after these girls with a salary, a per diem... anything. These players are different to anything we’ve had before, they can achieve a lot.”

But they didn’t listen.

I’d call the girls to go to a tournament and most of them would reply: “Carlos, if I tell my boss that I’m skipping work because I have to go away with the national football team, they’re going to say: ‘No problem, just don’t come back.’”

Every one of them needed an income and that team just broke apart.

Fortunately, what’s happened in the last two years with women’s football in Argentina has changed our history. I applaud all the coverage that our sport is getting. I also think it’s in line with a shift in the cultural paradigm.

Previously, families, parents didn’t encourage their daughters to play football. On the contrary, they would say it was a boys’ game.

Today, it’s quite the opposite. That taboo is starting to fade away.

"We might receive flowers today, but thorns tomorrow. That’s how this game goes"

The professionalisation of our women’s football, which we achieved in March, is another victory and a great first step – at least in order to safeguard the new generation coming forward.

Now, there has to be continuity. As time goes by, we’ll have to make adjustments to the money side of things. At the same time, we have to take care of another issue that’s just as important as wages: early player development.

Today, that's the biggest shortcoming in Argentinian women’s football. And I don’t just mean in terms of technical skills or the sport itself. We have to work on things such as team cohesion, support for players when someone might have to be on the bench for two games or more in a row. You can only really cultivate that when you play team sport early on in life.

It’s the same with order and discipline. In the national side, we deal with players from different clubs. Some of the sides do a great job; others, not so great. But we have to level things out.

Unfortunately, some sides are laidback about order and schedules, and accountability. So we have some players who are late for training or just do as they please. These girls view football from their own perspective. They think: “I can get away with it. At the end of the day, they’ll give me the number 10 shirt and I’ll play anyway.”

You have to teach that early on. It's a task that may take a decade, or even two – at least until we can come up with a development pathway. After that, you know that between each different age group, the changeover will feed naturally into the adult team. It’s going to take time, but it’s important to make the modifications.

We face England, Japan and Scotland at this World Cup – three teams we know are more highly developed. But attitude is a big factor in a match, and I’m a firm believer in the attitude of an Argentinian player. Her pride, how she maximises her potential – and that also plays an important part.

This will be my third World Cup coaching the senior team. And even though I feel we’re much stronger this year in terms of our structure and our profile, I also think we’re a bit behind our rivals regarding our development. But my message to the players is that, even with all the responsibility that comes with it, they have to enjoy the experience too.

There are times when you suffer a lot. There are matches where you know that, as soon as you walk out on to the pitch, the opposition are going to try and get a head-start on you whenever they can. But what I try and convey to the players is that every one of them has to feel that they have given everything. After that, if the scoreline is positive, then so much the better. You just can’t leave the pitch knowing that you’ve kept something back for yourself.

We’re also aware that, with all the attention women’s football is getting in Argentina, there could be some very harsh criticism if we lose. They know that. By the same token, we might receive flowers today, but thorns tomorrow. That’s how this game goes. If we don’t understand that, then we’re in trouble.

As far as I’m concerned, I have to believe in what I do and in my powers of persuasion when it comes to communicating that to the players.

Even though I’ve led the national side for 11 years and through two World Cup cycles, I never tire of making little adjustments again and again and again. I like it, and I feel passionate about it.