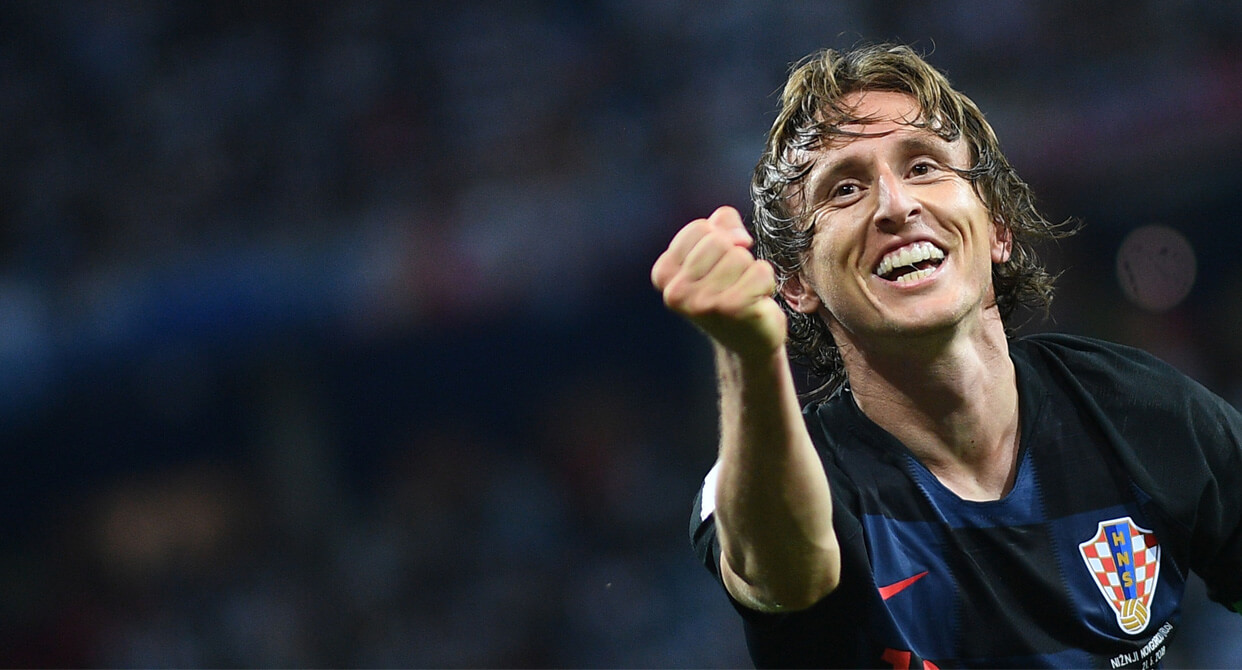 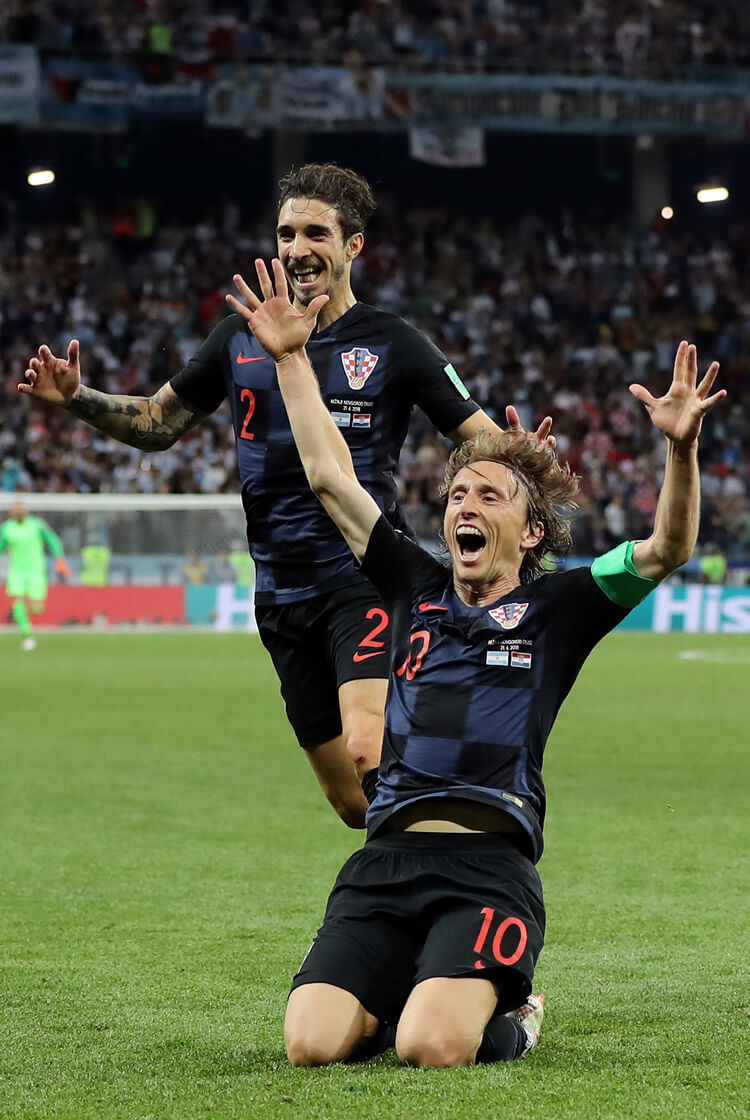 Croatia ran riot as Argentina failed to deliver in their second match of Group D at the 2018 World Cup finals. All eyes were on superstar Lionel Messi, but he was powerless to prevent a dreadful error at the beginning of the second half from goalkeeper Willy Caballero that set Zlatko Dalic's side on their way to an ultimately comfortable victory. Luka Modric beautifully curled in the second before Ivan Rakitic added a third in stoppage time to book Croatia's place in the knockout stage. With only half-chances and a questionable attitude to speak of, the inquest into the poor performance of Jorge Sampaoli and his players has well and truly begun. 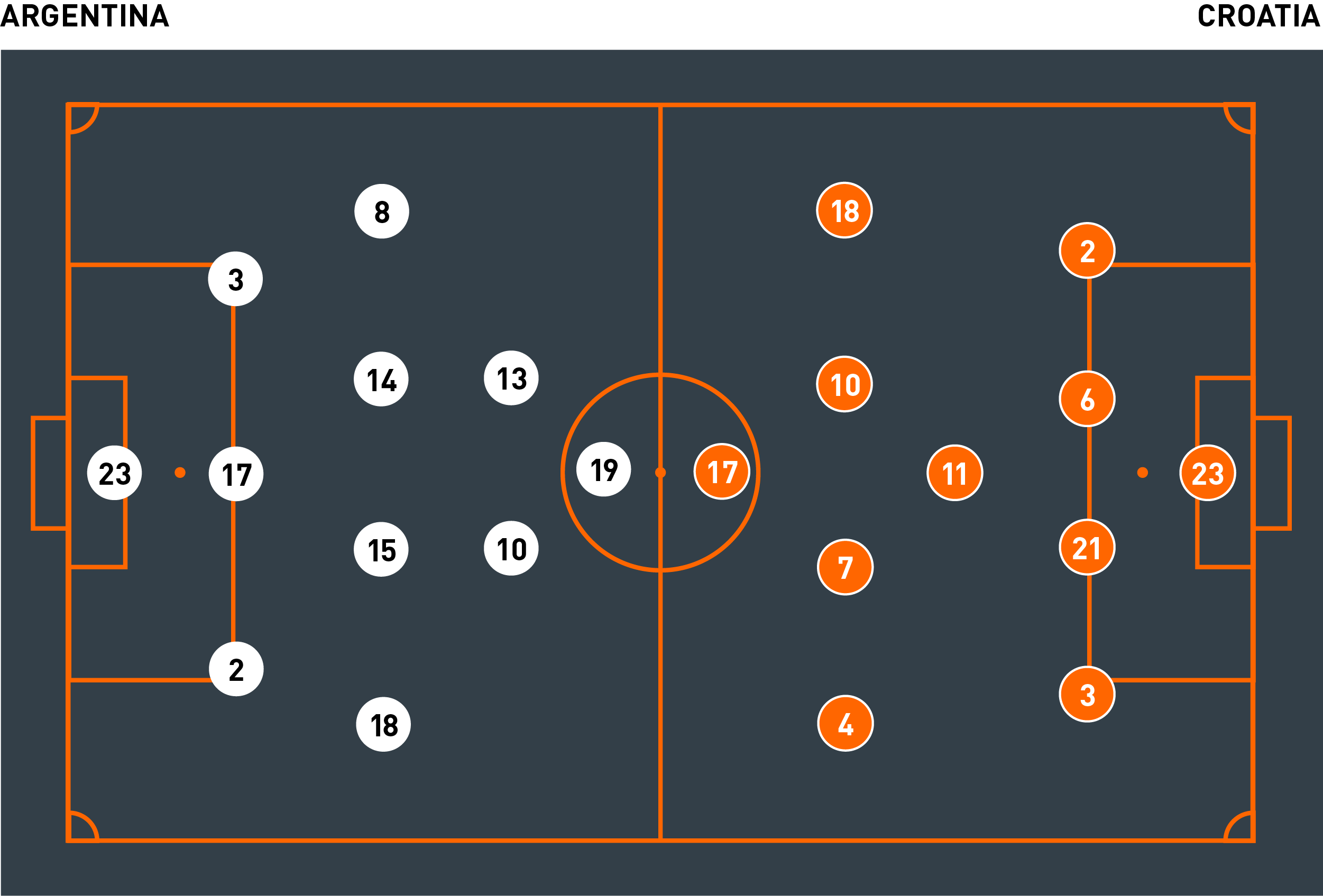 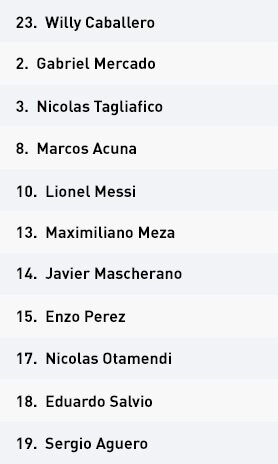 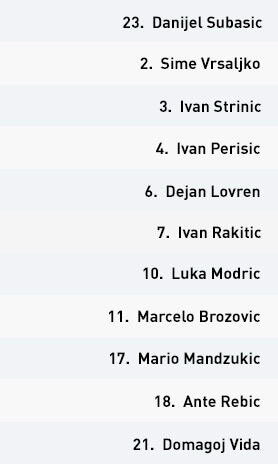 Lionel Messi and Maximiliano Meza aimed to drop short of Sergio Aguero, who led the central line of attack. Eduardo Salvio and Marcos Acuna were selected as wing-backs, despite both having minimal experience of playing in that position throughout their club careers.

Argentina struggled throughout the opening exchanges to gain access into the feet of Aguero or Messi. Croatia’s defensive midfielder Marcelo Brozovic protected the space in front of Aguero well, as Messi’s early movements initially failed to create any space for himself.

Argentina quickly adapted to focus their build towards the wings. Their first few chances fell from cutback crosses, as the attacking line desperately searched for Messi’s movements across the final third. Javier Mascherano and Enzo Perez struggled in central midfield. They failed to link the defence into attack, and didn’t have the technical capabilities or the physicality to outplay markers Ivan Rakitic and Luca Modric.

The central defensive trio were also extremely exposed, particularly when Croatia transitioned into attack. Third-man runs from the Croatian wingers often went untracked, as Salvio and Acuna inconsistently recovered back.

Despite this lack of defensive cohesion, the first clear-cut chance of the game fell to Perez, as the Croatian back line failed to deal with a wide attack. With the goal gaping, Perez fired wide, completely missing the empty net – an indication that it would be another tough contest for Sampaoli’s side.

Messi’s frustration soon began to show, as he slowly dropped deeper to assist with the build from defence. Often moving into the centre circle, Argentina’s most influential attacker was force to retreat into his own defensive half to accommodate for the lack of technical ability of his midfield teammates. This also destroyed Aguero’s hopes of having an active role in the attack, as without Messi luring defenders away, the Manchester City striker was often double-marked by both Croatian centre-backs.

As the second half began, Argentina had an air of insecurity and disillusion with their on-field setup. Despite beginning the half with the majority of the ball, they lacked togetherness and team spirit. Their patient possession was soon destroyed by a goalkeeping blunder. Willy Caballero inadvertently chipped the ball while attempting to restart a deep build. Ante Rebic then superbly volleyed the ball into the goal.

The game failed to improve for La Albiceleste. Despite the introduction of Paulo Dybala for Perez and Gonzalo Higuain for the ineffective Aguero, Argentina’s momentum had been completely wiped. Void of energy, enthusiasm and mental strength, they soon resorted to aimless kicks up field, as Caballero naturally decided to take a no-nonsense approach.

Higuain did provide more movement than the man he replaced and showed signs of connection with Juventus teammate Dybala, but ultimately their final ball was poor. Croatia defended with patience as Messi became so deep that the opposition penalty area seemed in another continent.

Desperate for goals, Argentina left the majority of their players high up the field, leaving their presence in midfield non-existent. Modric and Rakitic – no doubt perplexed by the apparent lack of opposing midfielders – both grabbed late goals to seal an emphatic defeat for the Argentines.

Argentina were deserved losers, leaving Sampaoli with nowhere to hide as questions over his tactics and management skills become a major talking point.

Croatia changed their structure from their opening game victory against Nigeria. With the inclusion of Marcelo Brozovic from the start, creators Ivan Rakitic and Luka Modric had a licence to attack higher up the pitch.

The experienced Mario Mandzukic offered good support for the marauding wingers and an aerial presence – which Argentina certainly lacked with their attacks. The Juventus man expertly drew in the Argentine central defenders, and this in turn created more space for Perisic and Rebic to drive into.

Caballero made a good low stop from Perisic early on, but the best chance of the first half for Croatia fell to Mandzukic. The tall forward peeled off to the far post, as Modric again delivered an exquisite ball into the penalty area, but he failed to convert.

Croatia’s best attacking threat continued via transitions well into the second half, and they took a surprising lead as goalkeeper Caballero hesitated trying to restart the build deep inside his penalty area. As the ball sat up, and with Caballero stranded outside his goal, Rebic acrobatically volleyed his side into the lead.

Rakitic and Modric were fantastic within the Croatian midfield, as was the defensive cover from Brozovic. The two attacking midfielders took up excellent positions as soon as Croatia regained possession. By moving into the space between Argentina’s wing-backs and central midfielders, they were practically untouchable.

They were allowed to make simple but crucial diagonal passes into their wingers. With Perisic and Rebic able to receive facing the Argentina goal, their first touch was always positive. Their transitions were swift and direct from this, as they weren't restricted to backwards passes and could charge forward with penetrative passes.

Croatia grabbed their second goal from a quick, direct attack after regaining possession from an initial Argentina breakaway. Modric received the ball on the edge of the penalty area before expertly twisting away from his opponent and striking a superb second goal low into the bottom corner. Caballero was this time exempt of blame, as any form of shape and structure from those supposed to be offering protection had vanished.

Rakitic deservedly grabbed a third for Croatia in stoppage time to add further insult to injury, and was unlucky not to make it four with a thumping free-kick crashing back off the woodwork.