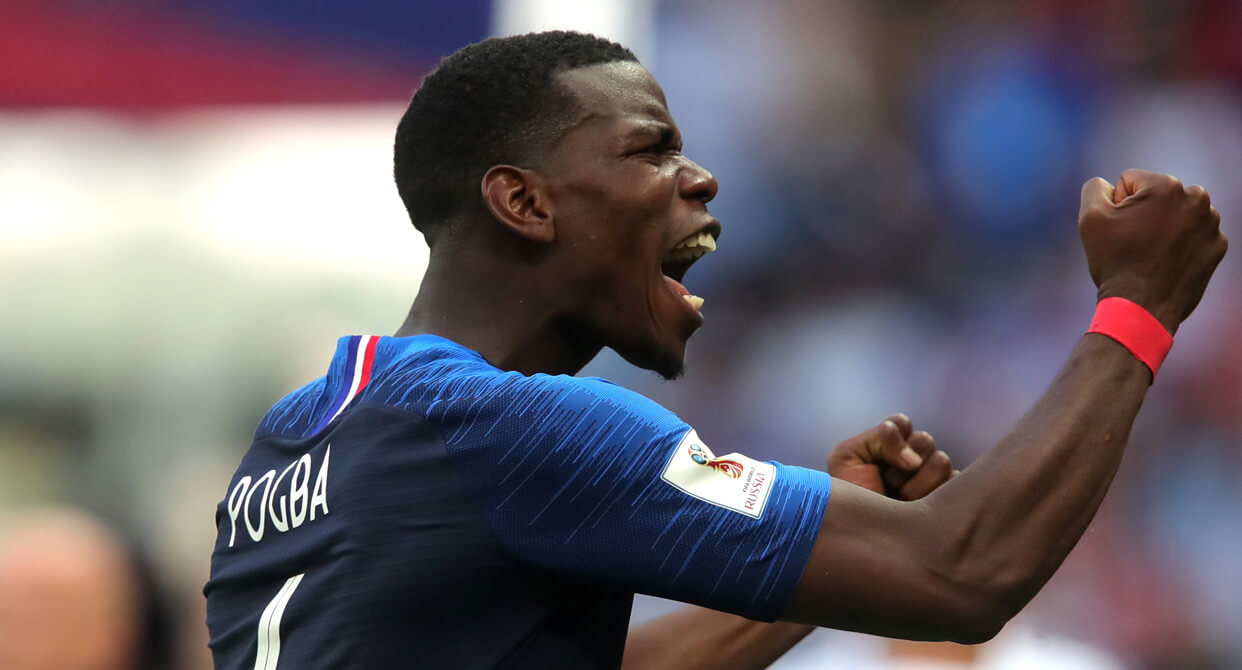 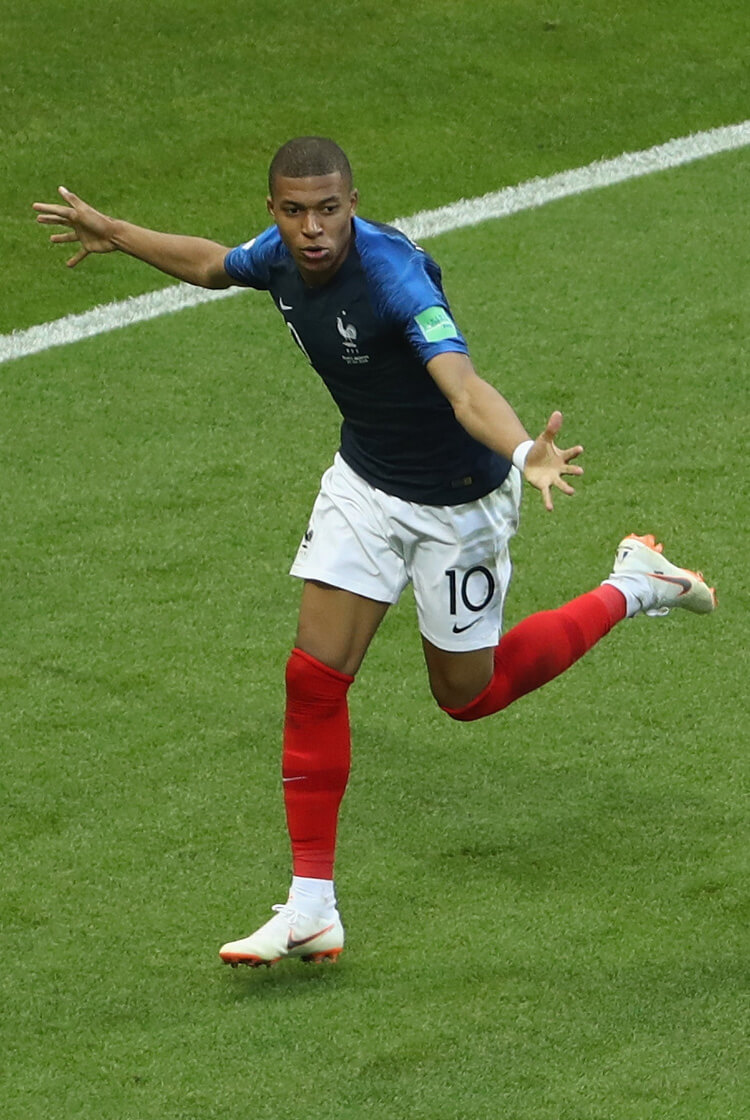 Premier League Watch
The 2018 World Cup waved goodbye to 19 Premier League stars over the weekend, as 2014 finalists Argentina, Euro 2016 winners Portugal, 2010 winners Spain and Denmark all departed the tournament in the last 16.

Manchester-based duo Sergio Aguero and David de Gea could do little about their respective nations’ defeats, as Aguero grabbed a late goal for Argentina after what many would argue was his overly late introduction in the defeat to France. His flicked header put late pressure on Didier Deschamps’ men, but it wasn’t quite enough to rescue anything from a game plenty of Argentina fans will say the Manchester City man should have started. De Gea also failed to save his country from elimination, as he couldn’t save any of Russia’s penalty kicks. The Manchester United stopper made only one save in his four games – a tournament to forget for one of the best goalkeepers in the world.

Kasper Schmeichel, on the other hand, performed goalkeeping heroics as he saved no fewer than three penalties (above) in Denmark’s heartbreaking defeat to Croatia. The first came with only four minutes remaining in extra-time, as he comfortably gathered Luka Modric’s poor effort. With neither Denmark nor Croatia able to grab a winner, the match proceeded to a shoot-out – the second of the day. Amazingly, Schmeichel and Croatian goalkeeper Danijel Subasic saved a combined five of 10 spot-kicks, four of them to their right. Subasic will no doubt be a relieved man, atoning for his failure to hold on to the tame Mathias Jorgensen effort that gave Denmark a first-minute lead.

Elsewhere, the French contingent of N’Golo Kante, Olivier Giroud, Paul Pogba and Hugo Lloris surged into the quarter finals. Pogba’s 19 forward passes was the highest in the French side, as his pinpoint deliveries upfield repeatedly sent Kylian Mbappe and others towards the Argentina goal. Manchester City left-back Benjamin Mendy, who didn’t see any of the action for France, and Croatia’s Liverpool defender Dejan Lovren were the only other Premier League players to make the quarter finals from the weekend.

Premier League Potential
Defensive midfielder Lucas Torreira put in another fine defensive display, as his six ball recoveries against Portugal were the highest from any Uruguayan outfielder. The 22-year-old (above) currently represents Sampdoria in Serie A, and has recently been linked with a move to Arsenal. He would be an ideal fit for the Arsenal midfield, which has long cried out for a genuine defensive midfield presence. Current midfielders Mohamed Elneny, Granit Xhaka and occasionally Aaron Ramsey have all failed to consistently meet the standards required for a top-four defensive midfielder. Despite not starting the first two matches for Uruguay, Torreira has become an integral part of the Uruguayan defensive unit, as head coach Oscar Tabarez converted his midfield into a diamond. In this newly shaped midfield, Torreira holds the central defensive anchor role, providing the stability and cover that enables his midfield teammates to get forward.

Stats of the Weekend

Out with the old
The world witnessed an unofficial changing of the guard at the weekend, as French starlet Kylian Mbappe surged through the Argentine defence, with Lionel Messi watching helplessly on as his ageing teammates were ripped apart by a fresher, younger group of players. Messi managed to work only one of his three shots on target – amazingly, it was the only shot on target in the whole game that failed to result in a goal.

Messi’s long-time club rival Cristiano Ronaldo suffered a similar fate, as his Portugal team – the reigning European champions – went out 2-1 to Uruguay. Ronaldo also struggled to convert his shots on goal, with four of his six efforts blocked by a tenacious back line.

Between them, Messi and Ronaldo – unarguably the greatest players of their generation – have now played in a total of 14 World Cup knockout games. Incredibly, neither have scored a single knockout goal.

Pass but no penetrate
Spain’s dominant display of possession football against hosts Russia proved entirely ineffective, as they scored only through an own goal and eventually fell to defeat on penalties. They did, however, become the first team since 1966 to attempt more than 1,000 passes in a single World Cup match. Their total of 1,174 passes got them nowhere, sadly, as the 4-3 penalty scoreline was ultimately the only stat that mattered.

Frustratingly, the majority of their passes lacked direction, with a particular deficit of central penetration (see Tactics Truck, below). Lone central forward Diego Costa only had two passes directed towards him within the central lane, but both were unsuccessful long balls from deeper positions on a frustrating afternoon for the Atletico Madrid man. Isco was also uncharacteristically ineffective in possession, his 11 ball losses the highest on the Spanish team. Over half of these losses of possession came from inaccurate passes, as he struggled to connect with his teammates on the left side of the Spanish attack.

In with the new
The energetic and exuberant talent that is Kylian Mbappe (above) scored two goals from only two shots in his first ever World Cup knockout match. His pace and directness proved too much to handle for Argentina’s ponderous defence, as his 11 attempted dribbles was the most in the game – one more even than the great Lionel Messi.

In similar fashion to Mbappe, Uruguay forward Edinson Cavani also scored twice from two shots against Portugal, as he led Uruguay to a fourth successive victory in Russia. Cavani’s attempts on goal finished two superb moves as Uruguay moved into the last eight for the second time in the past three World Cups.

We need to talk about Lionel
Argentina head coach Jorge Sampaoli – or whoever was in charge by the end – changed formation, and Lionel Messi’s role, for a fourth successive match at this World Cup, as La Albiceleste departed without ever looking like they knew how best to use their talisman. Placing Messi in a central attacking position may have worked in past tournaments, but the Barcelona forward’s game has evolved to a point where he is now far more involved in the deeper build than in finishing off moves. Starting him as a lone striker was risky – and, not for the first time, Sampaoli’s tactics failed to pay off.

The main problem for Argentina’s possession was a lack of central attacking presence. Messi failed to remain as the highest target within the central lane – and, as he often does, drifted into pockets of space within the inside channels. Both wide players and full-backs also remained wide, failing to consistently rotate inside. Argentina were subsequently forced to build in the wide areas, using the full-backs more frequently than they may have planned or wished.

Both full-backs’ lack of quality with the ball was evident, and they were eventually picked off by lethal French counter-attacks. Messi’s movements away from the centre were focused towards the right side (above) – sometimes out of instinct, sometimes necessity – as he desperately tried to make up for a lack of midfield quality around him. He received 33 passes in the right channel, compared to only eight in the middle. For a ‘central’ false nine, this approach wasn’t suited to a Messi now in his 30s. The belated introduction of Sergio Aguero was far too late to make any real impact, despite his late goal offering a faint burst of hope.

The Spanish horseshoe
Spain’s relentless and persistent short passing approach was no match for a compact Russian defence on Sunday. With the inclusion of both Sergio Busquets and Koke, Spain set up with a double pivot in central midfield. However, with Russia forming a deep low block earlier than many may have predicted, Spain struggled with a lack of central access and vacant passing options ahead of the ball.

Koke in particular dropped deep into the back line, forming a central trio alongside Sergio Ramos and Gerard Pique. This proved to be a waste of a player, as Spain didn’t need three deep options when switching the play along the back line. With the addition of the third player, Spain’s switch became slower as it involved more passes. Crucially, this gave the Russian midfield unit extra time to slide across, thus matching the tempo of the ball. Spain therefore couldn’t achieve a first-time penetration pass forward at the end of the switch, because Russia could comfortably slide across without leaving gaps to be exploited.

Both Pique and Ramos rarely played central passes forward, possibly concerned with the increased risk and potential loss of possession with Russia ready to counter. However, as the clock ticked and time faded, it became more of a risk not to try these penetrative passes from deep. Even attempts to break the first Russian line were rare, as Spain remained desperately and puzzlingly short of players in front of the ball.