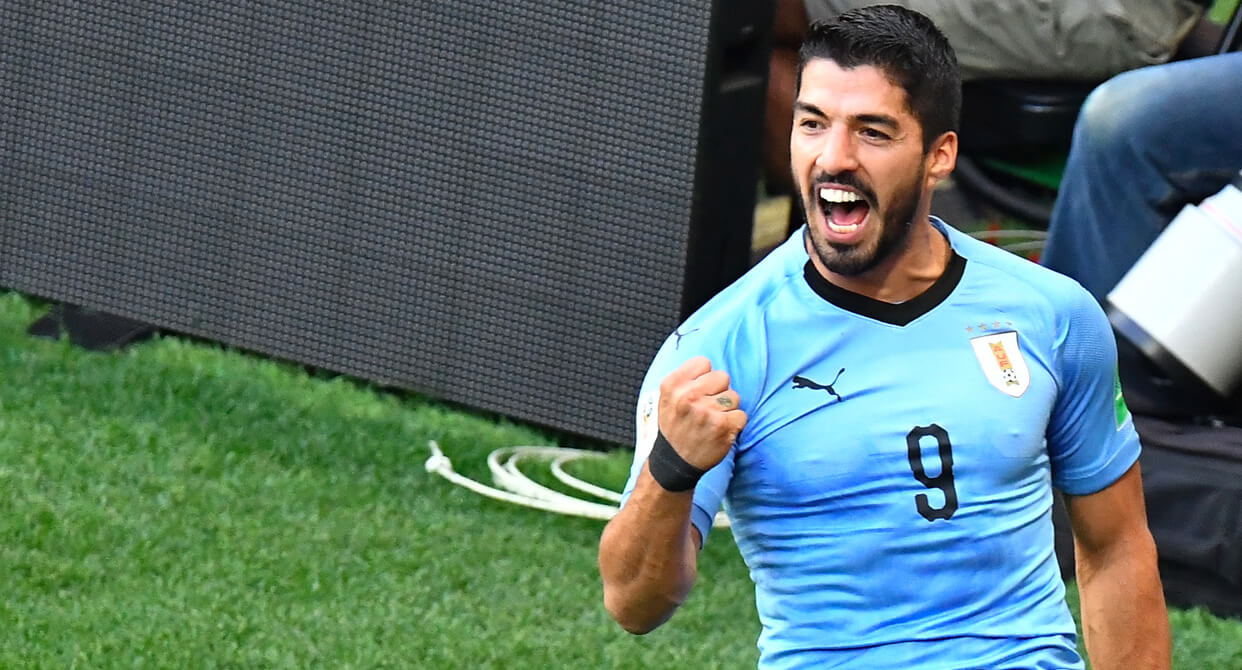 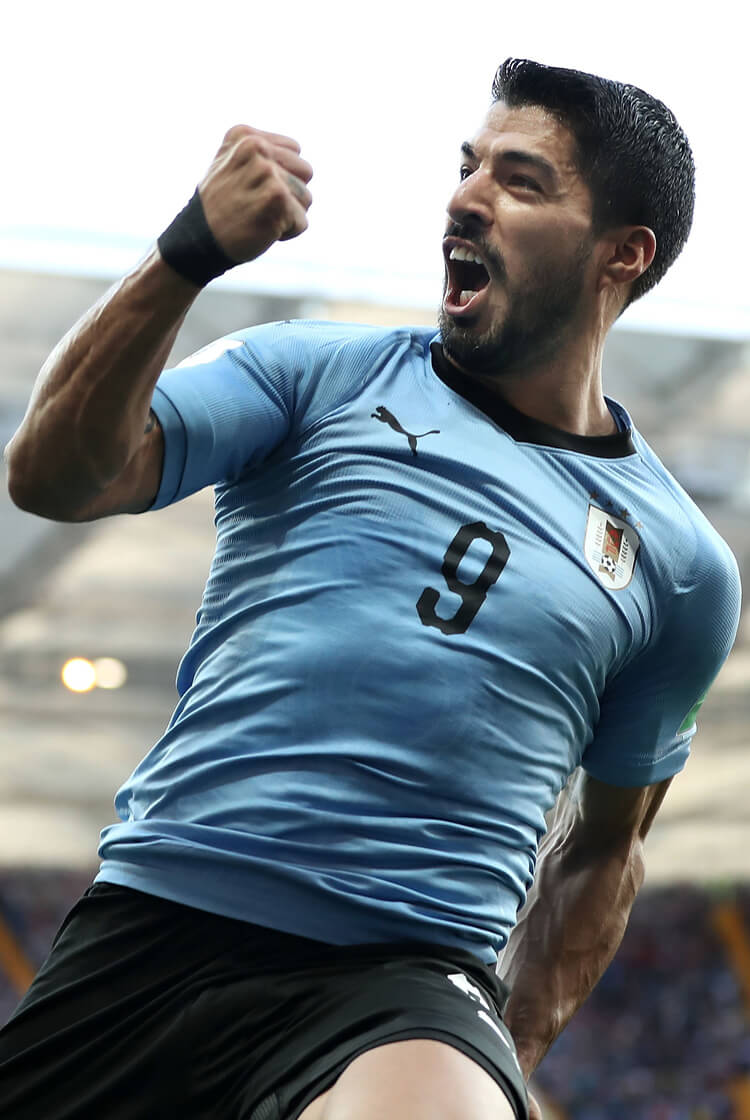 Premier League Watch
Day seven of the 2018 World Cup kicked off with four Premier League starters for Euro 2016 champions Portugal. Despite dominating possession, however, their opponents Morocco struggled to create efforts on target, as new Wolverhampton Wanderers signing Rui Patricio had a relatively quite afternoon. The Portugal goalkeeper, an eye-catching recruit for Nuno Espirito Santo’s newly promoted team, only had four shots to save from Morocco’s total of 16 attempts – and only one of those even came close to testing him.

Midfielders Bernardo Silva and Joao Mario – of Manchester City and West Ham respectively – had little impact on the game as Portugal were happy to allow Morocco possession in front of them. The pair could muster only one key pass between them – both were replaced in the second half.

For Morocco, Watford utility man Nordin Amrabat – who after his obvious concussion in their opener against Iran possibly shouldn’t have been playing – threatened on the right side. His directness in possession provided an attacking outlet for Morocco, but they ultimately lacked a real presence in the Portugal penalty area. With no target man or late runners from midfield, Amrabat’s good work on the right side was wasted. He moved to the left side for a brief spell against Portugal right-back Cedric Soares in an all Premier League battle. The Southampton defender comfortably dealt with Amrabat’s penetrative runs, however, and remained relatively steady throughout.

In a similar fashion to Rui Patricio, Manchester United stopper David de Gea had a much less active evening for Spain against Iran than he had against Portugal – not a mistake in sight. David Silva was inevitably influential as Spain dominated; the Manchester City maestro actually registered the most shots for Spain, but only one of them hit the target.

Premier League Potential
Along with Amrabat’s notable wide work for Morocco, Hakim Ziyech also impressed for the Atlas Lions. The Dutch-born 25-year-old has spent all of his professional career in the Netherlands, most recently with Ajax – but a fresh start in a new league may be imminent.

The attacking midfielder (above) can be inconsistent, especially when double-marked by a full-back and midfielder when played wide. If released into central space, however, he can drive forward at pace and look to unleash shots from all angles. Ziyech would suit the direct and pacy counter-attacks of Leicester City, Crystal Palace or even Liverpool – although whether he would have enough to challenge for a regular start at Anfield might be open to question.

Moroccan blank
It’s been a bad week all round for Moroccan football – it started with the failure of their bid to host the 2026 World Cup, and ended with them being the first team to officially exit Russia 2018. They may have entertained the neutrals in their opening two games, but they ultimately paid for their failure to register a single goal in either. They’ve now lost seven of their last nine World Cup finals games stretching back to 1986, and failed to score in five of those.

Captain and central defender Medhi Benatia had four separate chances to score from set-pieces, as deliveries from the right in particular troubled the Portugal back line. In wide areas, Amrabat and Ziyech collectively performed 25 dribbles, with a success rate of 44 per cent, as Morocco prioritised building in the channels. A staggering 395 of their passes came from wide areas, compared to only 120 in the central lane.

Centenarian Suarez
A landmark Luis Suarez goal condemned both opponents Saudi Arabia and Egypt to the same fate as Morocco. A much more alert Suarez than we saw against Egypt prodded home the only goal of the game for Uruguay, as he became the first Uruguayan to score at three different World Cups.

It was perhaps a fitting way to mark the occasion for the Barcelona forward (top), on his 100th appearance for his country. It wasn’t pretty, tapping home from close range after the Saudi keeper totally missed the flight of the ball from a corner, but Suarez won’t care. Uruguay are in the last 16, and still the only South American team to have won a game in Russia.

Relentless Ramos
Spain eventually broke down the thick and often impenetrable Iran defensive unit with a fortunate Diego Costa strike. However, throughout the first half, the 2010 champions struggled to find a way through.

Central defender and captain Sergio Ramos (above) made no fewer than 56 passes in that first 45 minutes, with an amazing 32 per cent of these in Iran’s defensive third. Attacking midfielder Isco, the best player on show by some distance, was top passer across the 90 minutes; he racked up 114 in total, another game-high 10 of which were key passes. There is no stat for entertainment value and skill in possession, but if there was the Real Madrid player would have topped that too.

Suarez and Cavani
Despite both Luis Suarez and Edinson Cavani receiving fewer passes against Saudi Arabia than they had against Egypt, the Uruguay front line looked much more effective. Suarez in particular remained much higher, with Cavani the one to drop short and help the midfield link up play (see above).

Suarez received only 19 passes in the final third, compared to 46 against Egypt. This was due to his much higher positioning, which made him less accessible in general – but it also meant he was much closer to the goal, where he is at his most effective.

Three of Suarez’s four shots came from inside the box, whereas it was just one from four for Cavani, whose movements towards the ball were much more varied than usual. Cavani successfully received 14 passes in the middle section of the pitch, as he dropped away from the Saudi back line, compared with only four in and around the penalty area. He was also the only Uruguay player to have 100 per cent accuracy from his key passes – five in total – as he looked to release both strike partner Suarez and deep runners from midfield.

Compact Iran
Throughout the opening 45 minutes of their brave defeat to Spain, Iran set up in a dense low block that Fernando Hierro’s men struggled to penetrate. Facing what was often a back six, Spain just couldn’t access the feet of Diego Costa, or midfielders Andres Iniesta and Isco, in advanced areas. The majority of their possession came in a horseshoe pattern (see above), as they couldn’t penetrate centrally.

As the game progressed, and particularly after Spain scored, Iran became much more expressive in possession, moving their defensive lines higher and forcing balls into the Spanish penalty area. As a consequence of this, they conceded much larger spaces when out of possession. Isco could roam free in between the Iran lines (above), as Spain had patiently waited for central access. Wonderful disguise passing from Sergio Busquets carved open the Iran midfield block as Isco, David Silva and Diego Costa were all now available to receive between the lines.